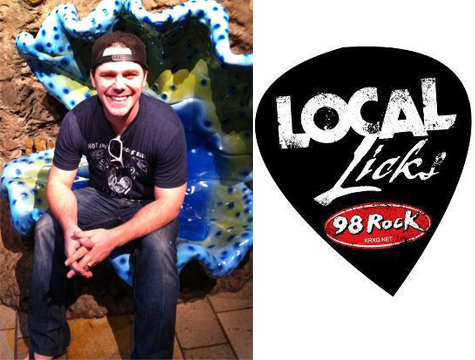 One of Sacramento’s most beloved radio shows is returning to the airwaves. Local Licks, a weekly show that features local and regional music, will begin airing again on 98 Rock on Sunday, Sept. 9 at 10 p.m. with host Andy Hawk. Local Licks started in the early ‘90s and has seen many hosts, most recently Mark Gilmore, who was laid off by Entercom last year when his department was eliminated. That effectively killed the show, until now that is.

“Everybody seems as excited as I am,” Hawk told Submerge of the shows return. “Even just five years ago there were three radio stations with very different all encompassing local music shows. Long story short, the rating system dramatically changed, for the better and for worse in a lot of ways. One thing it really hit was these kind of shows.”

These “specialty radio” shows, which Hawk has plenty of experiencing hosting (remember Punk Rock Academy and Sounds of Sac on KWOD?), started disappearing left and right. But Hawk says that with time the station has evolved and figured some things out about how to make a show like this work no matter what the ratings are. “We’re committed to doing it for the community and doing it for Sacramento, no matter what the ratings might be,” he said.

This is great news for the greater Sacramento area’s music community. Getting airplay on a specialty show like Local Licks might not make you a famous rock star overnight, but it sure helped boost the careers of local rock duo MC Rut, Hawk pointed out. “We played it and everyone heard it and went ‘that’s awesome’ and all of a sudden it was in regular rotation!”

So if you are in a band or know someone who is, have them submit their best professionally recorded songs to Andy Hawk via email (locallicks@krxq.net) or via snail mail (Entercom Sacramento, Attn: Local Licks, 5345 Madison Avenue, Sacramento, CA 95841). “This isn’t going to be just the best of Sacramento hard rock, which might be the misconception,” Hawk said. “Even before, Mark played Autumn Sky! There was always stuff like that on there. I want it to be reflective of what’s going on in Sacramento, not what’s just reflective in hard rock.”