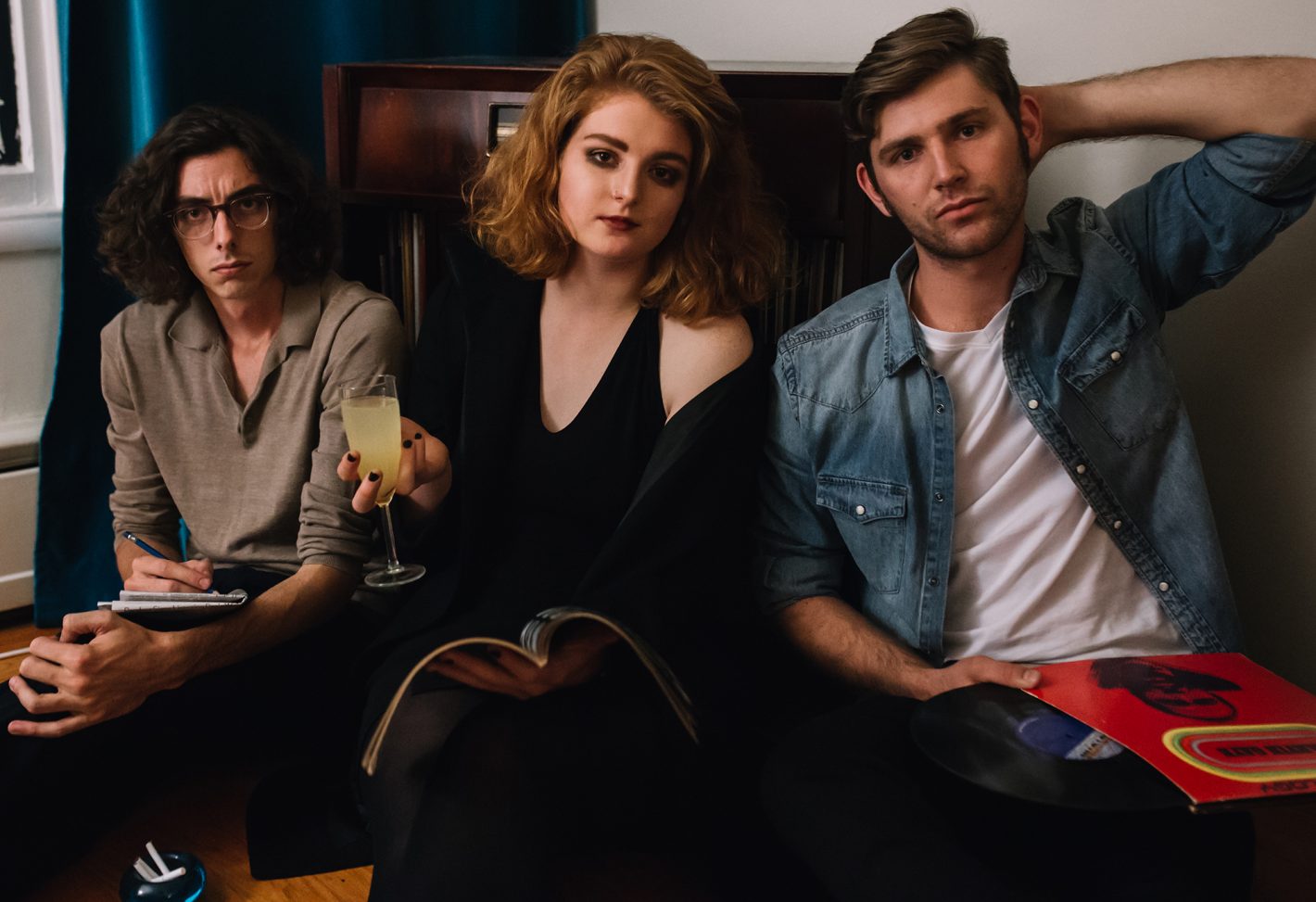 “Why is this artist no[t] that famous!!?!!?? So underattttteedddd,” is the top comment for the Madi Sipes and the Painted Blue track “After Hours” on YouTube. It’s not exactly new for an audience to discover an artist online and wonder why they aren’t topping the charts and filling arenas, but Sipes and Co.’s soulful take on modern indie pop and R&B warrants something of a closer look as to why larger success has escaped the band thus far. Their infectious approach sounds as if Frank Ocean were to introduce synths and the magic of tasteful auto-tune to Ella Fitzgerald.

2017 was a year that definitely put the band on the right track for increased notoriety. Elton John played the band’s “Blue Jean Baby” on his Rocket Hour Radio Show on Apple Radio, and the CW show iZombie featured the same song. Credits and exposure like that tell you that it’s only a matter of time for the trio.

For now, however, they have school to focus on. Singer/guitarist Madi Sipes, bassist Nick Cunningham and drummer Caleb Koehn are all still in college. Sipes is mere months away from finishing up her time at the University of San Francisco while Cunningham and Koehn have just over a year left at Sacramento State.

The trio also have a new album, titled Privacy, set to release in the coming weeks, and have an album release show scheduled with So Much Light, JMSEY, Tre Burt and a DJ set from current viral sensation Hobo Johnson at Holy Diver on April 6, 2018.

In between study sessions, songwriting, tour planning and preparation for the release, we were able to catch up with Cunningham and Koehn to ask a few questions. 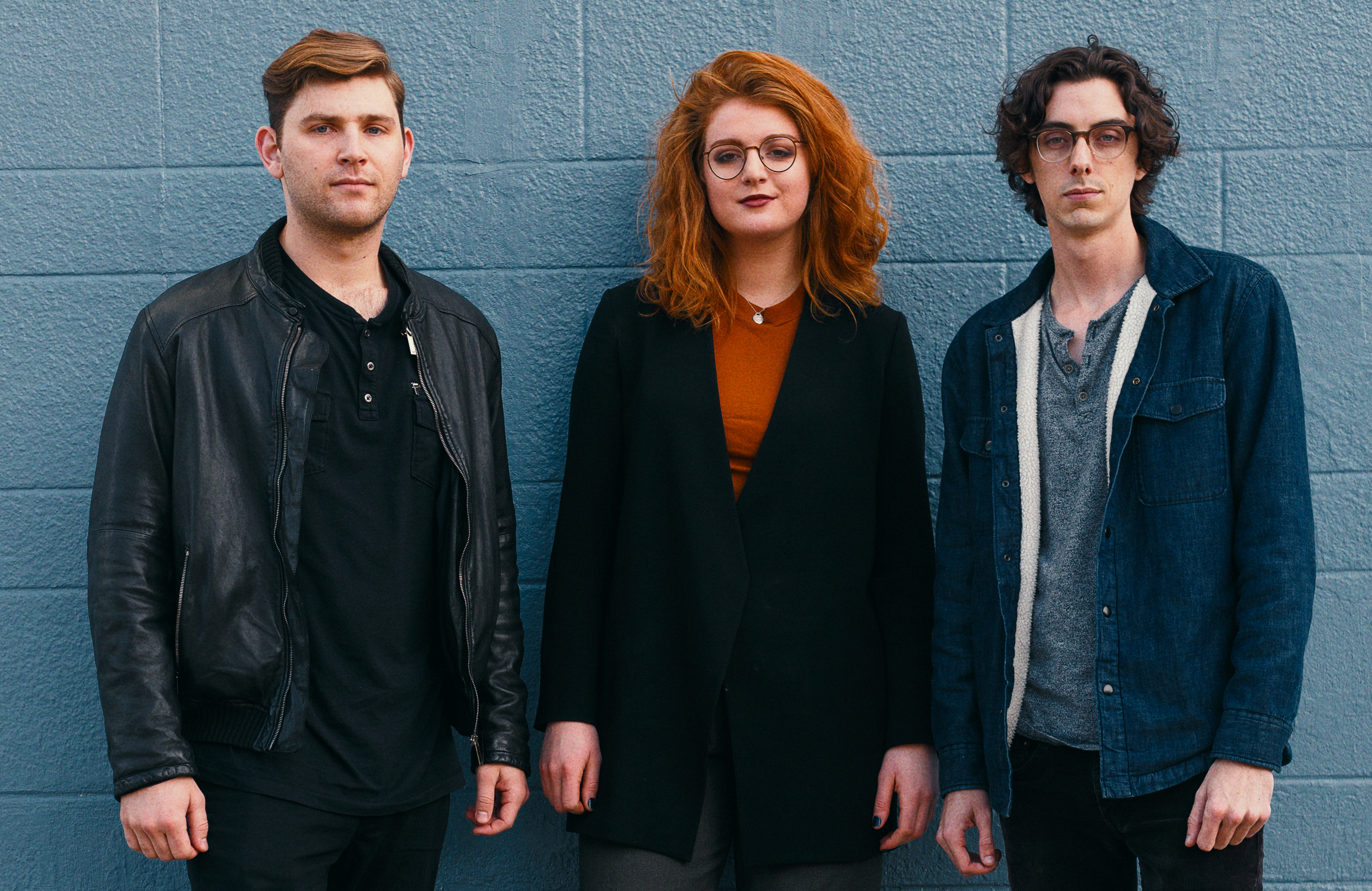 How did Madi Sipes and the Painted Blue start?
Nick Cunningham: I guess it started when we were in high school. Me and Madi met at an open mic and we ended up playing in a band together. During that same time, Madi met this guy named Andrew Heringer [formerly of Milo Greene’s band]. He’s a producer down in L.A. She started going down to record and work with him on stuff. After her and I went to college, she called me up saying “hey, want to come play keyboards with me and do these songs?” because she had all this new stuff written. Eventually that turned into getting Caleb into the band and we all started going down to L.A. Now we’re all just good friends.
Caleb Koehn: Who like playing music [laughs].
Do you all go down to L.A. often? You have played shows down there.
CK: Our show at the Echo was one of our first shows in L.A. We seem to go every six months. Well, we try to go every six months.
NC: It’s for about a week or so. Andrew has this cabin that’s his recording studio out in the Hollywood hills.
CK: We all just crash there, all four of us. We spend a week in a room writing and making music. It’s, like, the dream.
NC: Andrew brings in some other songwriters from L.A. So, we get to collaborate with other people. It’s a really fun week.

Where does the inspiration come from for a lot of your songs?
NC: We grew up listening to a lot of Fleet Foxes and folk-y acoustic music, which is definitely an inspiration. At the same time, we’re listening to a lot of neo-soul and R&B. Like Erykah Badu and D’Angelo. That kind of stuff.
CK: Jazz, too, like the originals. Madi was in jazz band all through school and I was in jazz band in college, so that’s definitely a huge influence.
NC: I was just in regular band, not jazz band. I wasn’t cool enough. I was just playing cymbals. I didn’t get it. I didn’t get jazz until I met Caleb and he gave me some Wayne Shorter CDs.
CK: Wayne Shorter’s Speak No Evil. That’s the one I gave him.
NC: It’s a pretty ballsy first choice to give someone as their first jazz album because it’s not mellow at all. It’s not a Kind of Blue vibe.
CK: You had already heard Kind of Blue, right?
NC: Yeah, but I played Speak No Evil and was like, “This shit’s crazy!”

Are you all looking to go in a new direction with your new album or are you building on the sound you’ve already achieved?
CK: We have this EP out called Sex and Sadness and we’re going to release this next EP with the last one to make a full album.
NK: The five songs from Sex and Sadness are going to be on the album plus some new ones. We thought it’d be best to give these songs a moment. Just, give them as much online noise as possible.
CK: Like we said, we’re going down to L.A. every six months and we have about six more songs on top of that. We’re not sure if it’s going to be another album or another EP. I think we’re thinking summer for another release.
NC: In May, we’re also going to release a remix EP of the song “Sex and Sadness.” It’s going to have about five remixes. Geographer is doing one, Family Crest is doing one and I think Damien from So Much Light is doing one. We got one of them back and it sounded really cool.

Do you all tend to release more than tour? Is it that much harder with Madi living in San Francisco and all of you going to school?
CK: We got offered a really good tour that we had to say no to because of school.
NC: It’s just kind of what happens right now. It’s the spot we’re in. We’re doing 10 days or so on the West Coast with this band called SISTERS.
CK: Touring is definitely something we’re all interested in. We’re releasing so much because, like you said, we’re all in different cities and we can do that in different cities. Madi is coming back in June, so we have a lot coming. We have a lot of ideas for our live show that we’re working on, so we’re just trying to get ready to be able to get an offer to go on tour and say yes. That should be way easier to do after we graduate, for sure.
NC: We’re all talking about moving to L.A. after school. Andrew is down there plus some other friends. It’s where a lot of action is happening, unfortunately. It’s so jam-packed and everyone wants to be there. That’s what we’re thinking right now, but we’re not really looking too far into the future. We’re really just focusing on the next six months. Getting our songs out, making content for Instagram. It’s all DIY with us.