Going for the Jugular

Bush is something of a Sacramento legend. And rightfully so. Renowned for his incredible work ethic and dedication to hip-hop culture, Bush has hustled his ass off, paving the way for a whole new generation of Northern California MCs. So, of course, from this seasoned MC, we expect many highlights and real gems (both of which this album provides), but on top of that we expect an anthem, a track that blows every other local song out of the water. In 2010, Bush gave us the boisterous “Backpackramento.” On Child’s Play, he gives us “Let Go,” an example of Bush at his finest, where a simple beat, hand claps and multi-layered punch lines are all that’s needed to create razor-sharp battle raps that go for the jugular with lines like, “Piss me off and get pissed on and flipped on and flipped off/Tell you and your GPS system to get lost, dog/I can’t lose/Shit on a Shih Tzu/Each line I write is trying to offend you.” 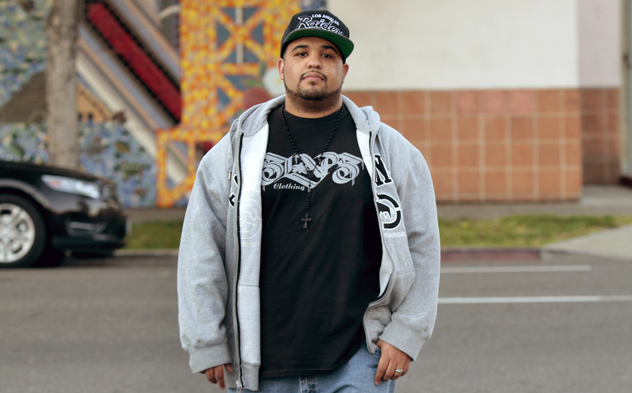 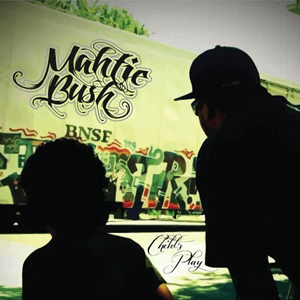 When Mahtie Bush is hyped up, he’s utterly unstoppable.

But Bush isn’t just a battle rapper. He’s also a conceptual thinker with the ability to construct songs that involve the listener on a more playful level, as he does on the track “On the House,” which allows him to stretch out, offering a quick, fun, lyrical glimpse into the distinctive Sacramento lifestyle over a quirky ‘70s-style beat. Almost midway through Child’s Play, the listener is treated to a wide array of styles from an MC who understands the diminished attention span of the average modern listener. But instead of dumbing down the verses, Bush simply varies the content, from battle raps to rugged flows to abstract works of art like “Blood Runs Cold,” where he slips into the mind of a poet, spitting cerebral bars like “Venom over chipped ice/This is what life tastes like/Snake bites from fake types/Serpents never play nice” that stab at the listener’s senses until they’re raw, as he singlehandedly embodies the unwieldy spirit of the entire Wu-Tang Clan in one track.

But Child’s Play isn’t without its flaws. The album lags in spots where Bush falls out of the pocket during some of his more expository moments, often letting his message overshadow sonic impact when he tries awkwardly to fit syllables into bars where they don’t belong (at his worst, Bush sounds like he might be having a stroke). For example, on “I Ain’t Believing That,” Bush’s rhymes are so oddly placed that they mangle the life out of the immaculately utilized Suzanne Vega and Fugees samples that the exquisite production has to offer.

Also, and this might be nitpicking, but when Bush tries too hard to get a point across, he dangerously flirts with sentimentality. For instance, a song about his son’s birth is fine, but, as is true with any writing, avoiding sappiness is the key to communication. So lyrics like “These Braxton Hicks is not what I had in mind/I just want you healthy/I know things will be fine/Eating healthy so your mom’s blood pressure is fine” just aren’t cutting it. The song also goes in and out of second person, so what could have been an interesting letter to his newborn son turns into a lesson on sentimentality and inconsistency.

Despite a couple middle-of-the-road and slightly forgettable rap tracks like “Here We Go Again” and “Pile of Bones,” the 11-track album offers way more positives than negatives. Bush manages to take risks, spill his guts and capture the plight of a gracefully aging MC who gently balances love of his city and the poetry that it inspires with his newfound role as a father and husband. Bush proves elegantly once again with Child’s Play that he’s a serious, versatile MC who is all grown up with tons more to say—and he’s not putting down the microphone any time soon.