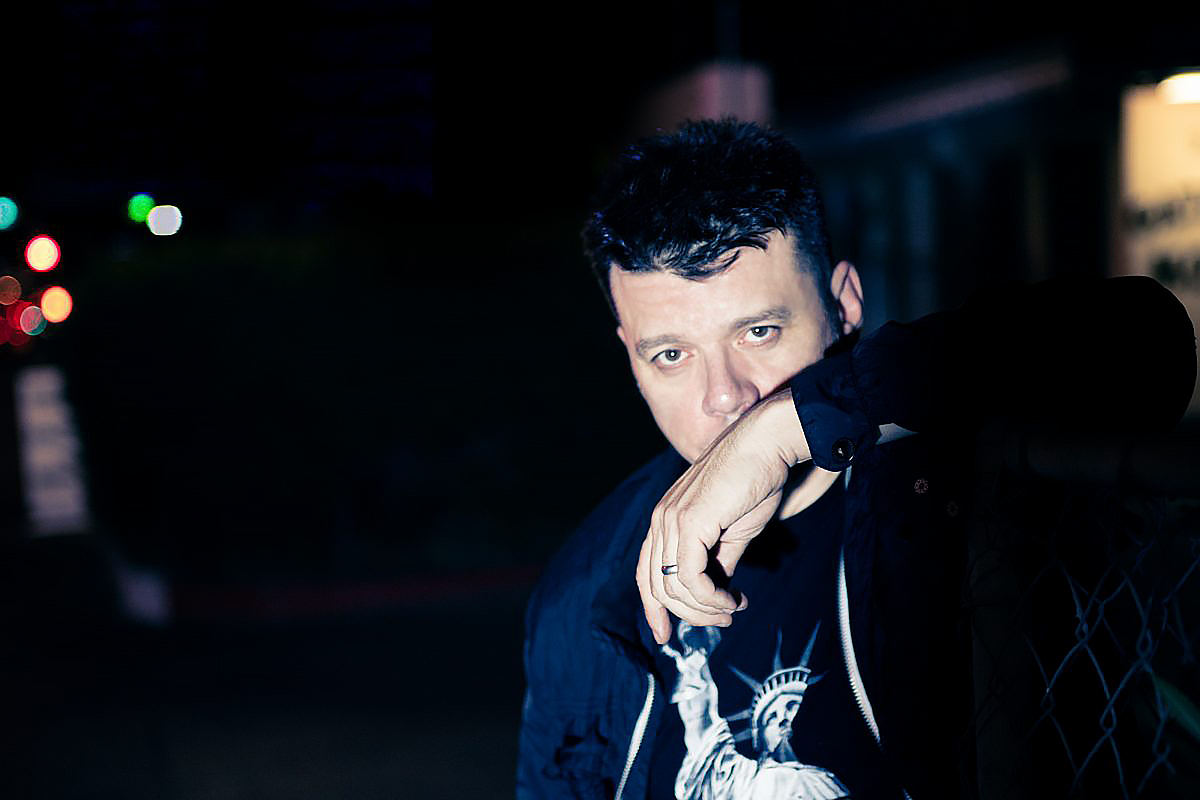 It’s been nearly 25 years since Scott Kirkland and Ken Jordan emerged as The Crystal Method in the mid-1990s and landed on the scene with their special brand of noise-making, but the act’s brand of beat-heavy, layered sounds sprinkled with vocal currents is anything but old-fashioned. With their unique formula—a rich and vibrant tapestry of thick, driving beats interwoven by a fearless sense of experimentation—Kirkland and Jordan were part of an elite and innovative class of musicians who pushed the limits and redefined the synth-driven, electronic music of the 1980s.
“At the time I loved New Order and Depeche Mode,” Kirkland explains. “But I still had a deep appreciation for rock and metal, so I was bringing all of that with me. Then Ken and I started getting into the L.A. rave scene, and that led us to find our way into this whole new world where we didn’t have to produce for other people; we could go in and create our own noise, so we shifted. We had been working with rappers and a couple of singers, and our idea was to get into working behind the scenes and doing remixes and different things like that, but all of that shifted when the rave scene kicked off.”

When Kirkland and Jordan met in Las Vegas in the late ‘80s, both were already dabbling in the music world—Jordan was perfecting his skills as a DJ and Kirkland, who was also exploring the nuanced power of the wheels of steel, was experimenting with sound in the confines of his bedroom—but it was when the duo left the desert for the sunny beaches of Los Angeles that they exploded onto the scene and joined the ranks of fellow revolutionary acts like The Prodigy and the Chemical Brothers.

“We started working together in ‘89,” Kirkland explains. “I was sort of this bedroom producer, where I collected a guitar and a four-track and a drum machine and a synthesizer, and I was kind of just hammering away at putting my stamp on whatever it is that this combination of music is—and then eventually we put together a demo and that demo reached key people like Justin King and Steven Melrose just as they were starting their label City of Angels and they wanted our track ‘Now’s the Time’ to be their first track for their label, and it just kicked off from there.”

Their first full-length offering, simply titled Vegas (released in 1997), was the heartbeat to an explosion of sound that emerged from the waning grunge scene. Seeing that there was a void to be filled, the duo pushed the limits of their sound and tested the constraints of traditional radio. Drawing from a robust offering of talent, both inside and outside of the electronic sphere, Kirkland and Jordan began incorporating hard-hitting rock and metal elements by employing the creativity of talented artists like Rage Against the Machine and Stone Temple Pilots and weaving their digital footprints into their own ambient musical dialogue.

“When we went to release our second album in 2001, we understood that we wanted to do something different than we did on Vegas,” Kirkman explains. “We sort of pivoted to our instincts as far as the music that we grew up with so, we started to bring in the Tom Morellos and the Scott Weilands of the world to bring those two things together, [and] we created Tweekend.”

From there, The Crystal Method began to delve into other realms of the creative space—from contributing music to movies, like 1998’s cinematic reboot of the classic sci-fi adventure Lost in Space to providing the soundtrack to a generation of gamers who spent hours upon hours mastering video games like Gran Turismo 4 and Splinter Cell, the duo’s exposure to a large and diverse audience catapulted them out from the underground and into the mainstream.

While Jordan retired from the music industry in the latter part of 2016, The Crystal Method continues to explore the sonic world with Kirkland running the effort as a solo project and releasing the act’s sixth studio album, The Trip Home—a vivid, ambient exploration of The Crystal Method’s evolution that beckons the listener to trek on with the band from its early days and beyond.

The 12-track opus dives right into the band’s signature acid-electro style—Kirkman’s love for interweaving metal and rock elements with the grittiness of the industrial-techno vibe is evident throughout. The album also makes good on its title as it takes the listener on a journey through The Crystal Method’s evolution and staying power in an industry that tends to exalt artists’ as the second-coming only to cast them by the wayside as it moves on to the next hot thing.

Setting a chart for territories unknown is key to The Crystal Method’s success and lore as the behemoths of the electronic music scene. If you were lucky enough to catch Kirkman’s exhilarating and multi-dimensional performance at Concerts in the Park this past summer, you may have an idea of the power that the groundbreaking act manifests. With searing beats and a trance-inducing light show, the audience at Cesar Chavez Park received the full force of Kirkman’s passion for forging ahead after Jordan’s departure. It’s his insatiable craving for experimentation and breaking new ground that keeps Kirkman focused and looking toward the future.
“One of things that helped us maintain this longevity is the fact that we were desperate not to repeat ourselves,” Kirkman says of the act’s staying power. “And we were desperate to do something different that we hadn’t done before.”

If you’re kicking yourself because you missed out on Kirkman’s performance at the Concerts in the Park’s season finale last July, have no fear, you can get your electronic fix next month at Alt 94.7’s Electric Christmas when The Crystal Method takes to the dais on Thursday, Dec. 6 at the Golden 1 Center along with Thirty Seconds to Mars, Sublime with Rome, Matt and Kim and Elle King. For more info, go to Alt947.radio.com.