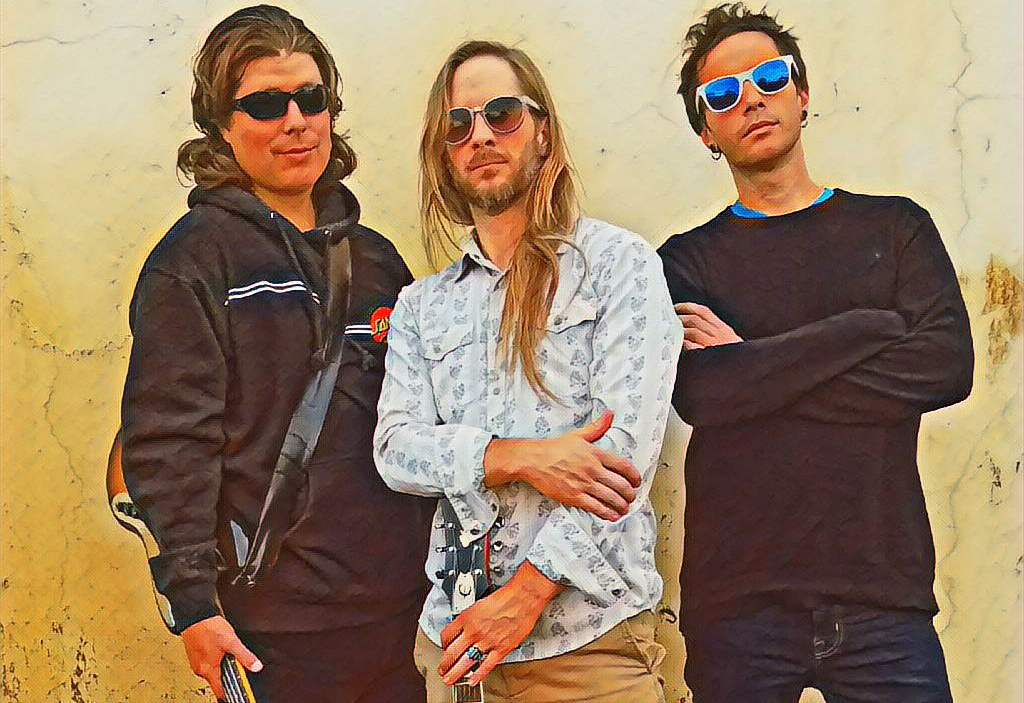 You never know where a path may lead you. Sometimes even the smallest choice can alter your course. For Sam Hamby, it was a birthday party in 2012. The gathering was for a friend’s dad who happened to be a big Bob Marley fan. Hamby and a couple friends were asked to learn a handful of Bob Marley covers to play as a casual cover band.

“We learned 30 Bob Marley songs in a couple weeks just to play,” Hamby said. “We weren’t even a band, we just got together to play. Afterwards, they’re like, ‘You’re pretty good, you should consider forming a band,’ so we did. From there we realized maybe we don’t just wanna play Bob Marley songs, so we started writing our own songs.”

The group became an official trio and dubbed themselves the Marshall House Project, a fairly straightforward reference to Hamby’s old house on Marshall Drive in Santa Rosa, California.

“It’s a well-known house in the area that’s known for a lot of good live music, and a lot of good times,” Hamby said. “It’s more of a communal space than a house.”

Over the last six years, Marshall House Project has gone through multiple reincarnations, one being lineup changes (Hamby is the only original member). After a stint as a six-piece with horns, the group recently scaled down to a modest trio, now consisting of Hamby, Matty Tucker and Kevin Cole. There’ve been some big sonic alterations as well.

“We started off playing reggae, then went to blues, then to rock ‘n’ roll, then we went to funk, and we never looked back,” Hamby said.

To be fair, Marshall House Project’s funk focus wasn’t a complete departure from all other prior genres, but more of an amalgamation which led to MHP’s own funk hybrid.

“If you were to see our entire three-hour set, you’d definitely hear some rock ‘n’ roll, a blues song, you’d hear reggae, but primarily all of that has underlying upbeat funky rhythm to it,” Hamby said. “We kind of stay true to all these different genres, but a lot of them still have a funky rhythm. We call ourselves ‘funk rock soul.’”

While their sonic influence is kaleidoscopic, their lyrical focus is always intentionally to the point.

“If you have a potential to say something in front of hundreds of people, you should make it something that’s gonna mean something. Don’t just create random lyrics,” Hamby said. “So many people on the radio today, their lyrics don’t mean anything, there’s not a lot of consciousness. That’s something I’ve always been adamant about. When I sing, I wanna sing clearly so people can hear what I’m saying, because what I’m saying really matters to me, and I want it to affect people.”

That “something” Hamby’s referring to communicating with his audience has been encouragement. As the sole songwriter, Hamby has used his songs as a vessel for positivity. Sometimes that comes in the more lighthearted form of songs like “PB and Jam” or “Champagne and Reefer,” and sometimes it’s a deeper idea.

“I’ve always been someone who wrote with a message in mind,” Hamby said. “A lot of the lyrics pertain to self-help and self-actualization. One of my favorite examples is a song we wrote called ‘Love Struck Gold,’ and one of the lines says, ‘Get rid of all your money, because all you need is in your soul/Get ready for a new day, because love just struck gold.’ It’s just that thought of everything you really need is within yourself, you don’t need to be looking elsewhere for happiness.”

The fuel really comes from reactions. That message wrapped in funk form gives their songs an uplifting glow that really connects with audiences.

“For me it’s just purely so much fun to play, and I love just watching everybody dance to funk music,” Hamby said. “It’s so rewarding just to play some really fun music and watch the whole crowd get down.”

It’s finding that crowd that’s the challenge. But as Sonoma County’s community grows, it gets a little easier.

“I just don’t think [funk] is ever at the forefront of anybody’s thought when they’re thinking of music,” Hamby said. “Most funk bands are just cover bands and playing stuff that’s already been played. There’s very few original funky bands that are still coming out to this day. It needs to come back in a strong way, which I kind of think it is. I think that’s just music in general in this area; the music scene in Sonoma County is really starting to come back in a strong way.”

That growth extends beyond the county and into Northern California as a whole. As the group finds themselves getting ready for the Torch Fest, which will celebrate its seventh year at Torch Club in Sacramento on May 27, they’ve noticed how many friends are part of the event.

“Once I started looking into the lineup I realized there are a lot of people in bands that I know,” Hamby said. “Once you’ve been in the music business in Northern California for long enough, we’re all connected by one degree of separation.”

After a brief hiatus due to MHP’s old percussion player breaking his hand, the group has just re-entered the studio to work on their next record, scheduled to be done in the fall. In the meantime, they’ll be playing throughout Northern California all summer.

Check out Marshall House Project as part of this year’s Torch Fest at Torch Club (904 15th St., Sacramento) on Sunday, May 27, 2018. Also performing will be Birds of Fortune, Jake Nielsen’s Triple Threat, Merle Jagger, Night Animals and others. For a full lineup and other information, go to Facebook.com/thetorchclub. Torch Fest will get underway at 4 p.m., so get ready to dance all night.