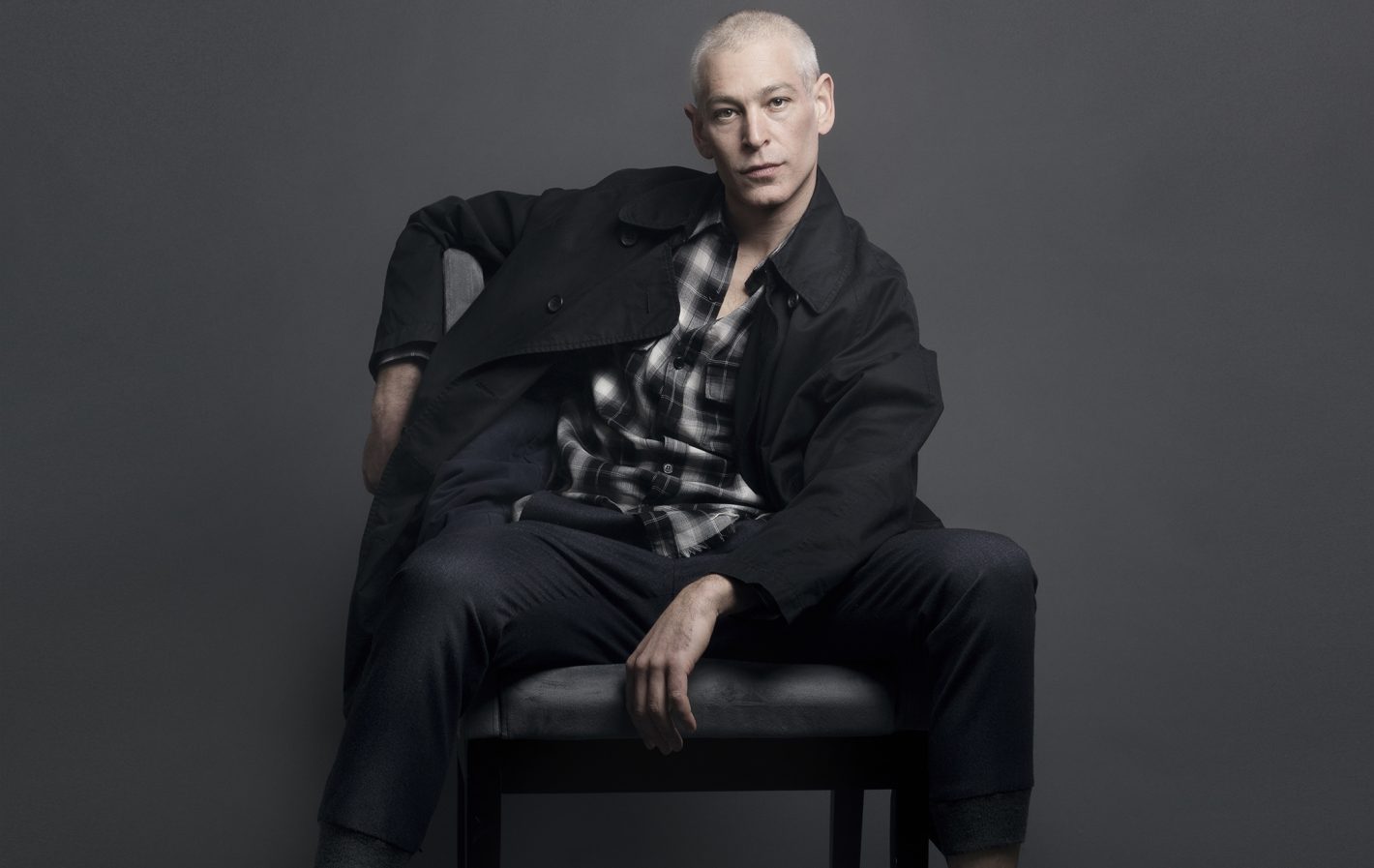 Matisyahu hasn’t exactly had the smoothest ride throughout his decade-plus career. I was introduced to the artist through the clearing of a crowd backstage at Lollapalooza 2006 in Chicago, as a phalanx of Orthodox Jews walked in a mob surrounding the rapper/singer. The mysteries of the man who’d just released his sophomore record, Youth, were shrouded beneath a yarmulke, Payot (the long side locks worn by Hasidic men), a thick beard and my admitted ignorance of the Hasidic lifestyle. The paradoxes grew exponentially when Matisyahu took the stage that humid summer afternoon, dropping insane beatbox breakdowns and spitting reggae-dripped rhymes like a Rastafarian wunderkind. It was a mashup of so many disparate cultural corners that you couldn’t help but be swept up in its undeniable energy.

Now, into his second decade as an internationally acclaimed reggae and hip-hop star, Matisyahu’s persona has experienced an abrupt about-face. He shaved his beard and cut his hair in 2011, essentially denouncing his previously misunderstood devotion to his Yeshiva background, got a divorce and even starred in a horror film about demonic possessions (smartly dubbed The Possession).

Still, for all the peaks and valleys of his life outside of music, Matisyahu’s latest record, Undercurrent, is a fiery commentary on the tributaries and wayward avenues that have brought him to where he is today. It’s an incendiary record heavy on the live aesthetic and improvisational undertones you might expect with Matisyahu’s band, comprised of two-thirds of shapeshifting reggae-metal ragers Dub Trio.

When Submerge caught up with Matisyahu, he was driving in Manhattan, on his way to take in The Emoji Movie with his kids, and on the cusp of heading back out where he’s most comfortable: on the road. Matisyahu and his band will headline Placerville’s Dry Digging’s Festival Sept. 2 and 3. 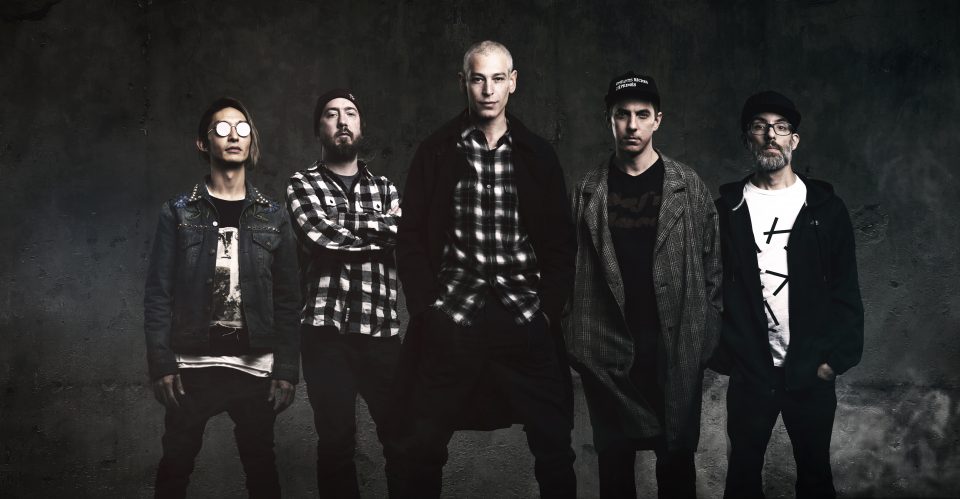 On Undercurrent, when you began to sculpt a lyrical narrative, what sorts of ideas and stories were you most interested in exploring?
With this record, it’s not so conceptual in the sense that I’m thinking of concepts before I write a song. It’s more free association. I find out in the process of singing the songs and performing them live what they mean. Usually as I’m writing them, I’ll have a sense of what they mean and of what’s going on, but I don’t necessarily have a clear idea. Akeda and Undercurrent are connected, like a part one and part two. Akeda is the story of Abraham sacrificing Isaac on the mountain. At the time, I was living in the Hollywood hills. I moved back to New York, and I moved by the river in an old, haunted Victorian house on the Hudson River across from Sleepy Hollow. I feel like that part one, imagery-wise, is about the mountain, and about the mountain of one’s life, and sacrifice and the breakthroughs of big, catastrophic events. There was a feeling of freedom as I was breaking away from a lot of different things in my life. Religion, relationships and just trying to start over again.

Undercurrent is more like after all these breakthroughs, I’m putting the pieces back together and figuring out where I’m at in my life at this stage. There’s a feeling of a massive breakthrough when there’s a recovery period. I feel like this record comes from there, and the lyrics all tie into that.

Is the separation from your religious background and studies something you are concerned will follow you around?
I don’t really get concerned. I kind of do what the fuck I want and deal with the consequences. Sometimes people might misunderstand what I’m doing, but even though I am extroverted in some sense, and I do care to some extent if people like or don’t like me, if I’m being honest, at the end of the day, I kind of just go after what it is I’m going after. When I knew that it was time for me to shave, the thought never even crossed my mind, “How will my fans react to this?” I think a lot of that is based on confidence, and the feeling that as long as the music I make is authentic and real—and I know what’s good. I know when I make shitty music versus good music—if I can keep making good music that matters to me and that matters to other people, then everything else is kind of irrelevant. You could have all the fans in the world, but if you get up on stage and—yeah, they may have paid a lot of money, and you may be making a lot of money … fine. But if you have to get up on stage and you have to be somebody that you don’t feel is who you are at that moment for other people, that leads to severe depression and bad things for me in my life. When I get out on stage, that’s the most holy moment for me. Religious or not, music to me is a very holy thing and I’ve been privileged to be able to dedicate my life to it, to be able to pay my bills off it. That has to stay holy to me. When people come to hear Matisyahu, there’s a certain feeling and experience I want them to have. If I can give that to people, it’s really worthwhile, and I’ve been put in a position to work at doing that. Not everyone necessarily will understand that, or want that, or come to the show thinking that’s what they’re looking for, and those people might not come back, but that’s something I have to come to peace with.

Do you look forward to a day when there’s a new generation of fans of yours who maybe don’t even remember or even know about the beginning of your career as a very public image of a Hasidic Jewish man, and the image that was presented, and with those religious views and studies being more overt?
No, because for me it’s about the whole story. There’s people who’ve come to me at different records. There’s people who’ve come during the Spark Seeker record, and have seen the “Sunshine” video, and that’s how they know me. Then later they go back and they see the Hasidic guy. Or there’s people who heard my music before they even saw a picture of me and then afterward saw some Hasidic guy doing it. All that is there if people want it, and people come for different reasons. But I don’t ever want there to be a time when people don’t know who I am or where I come from. If the music connects, with them, great. At the end of the day, my music is about a personal journey and moving from one place to the next in your life. Shifting perspectives, growth and evolution, which stems out of improvisation, which comes from listening, which comes from taking chances, which comes from risk, which comes through humility. It’s religious context, but it’s not about the religion for me.

Music is your main passion, but you’ve also done some acting. It’s been a few years since you starred in The Possession. Did someone just come to you about that, or was it something you had to audition for cold?
The producer or the director thought it’d be a good idea to get me involved. They wanted me in particular, and then the other producers were kind of against it, thinking they didn’t really want a singer to act because it’s kind of an important role. I had to try out for the part, so they flew me out to Vancouver, and I was there with the director and one of the producers, and we had to shoot a video and send it back to the other producers. The scene was the exorcism scene and I wasn’t really giving it enough. This was kind of cool, my first experience acting in a movie. The director had his assistant lie down on the floor, with me on top of her, and tells her to pretend that I’m basically about to murder her. She starts kicking and punching me in the face, and grabbing my clothes and he starts screaming at me, “Hold her down! Hold her down! Don’t let her go!” And right in the most intense part of it all, he goes “Roll!” They roll the camera, and it gets me like sweating and spitting, and I was bleeding and then they sent that into the rest of the producers, and it was pretty undeniable.

You’ll be headlining Dry Diggings in Placerville. You’ve performed in Sacramento before. Any special memories?
I once played an acoustic show with Dave Holmes of Dub Trio right in front of the Capitol with huge subs. It was a duo show, like on stools, and I was beatboxing. A cop brought me up into the tower of the Capitol afterward and let me sign my name up there.

The Dry Diggings Beer, Camping and Music Festival will take place at the El Dorado Fairgrounds in Placerville on Sept. 2–3, 2017. Also performing will be Nahko and Medicine for the People, Barrington Levy, The Expendables, Long Beach Dub Allstars and many others. For a full line-up and to get tickets, go to Drydiggingsfestival.com.