Musical Chimera: How Merdog’s Disparate Paths Brought the Band Together 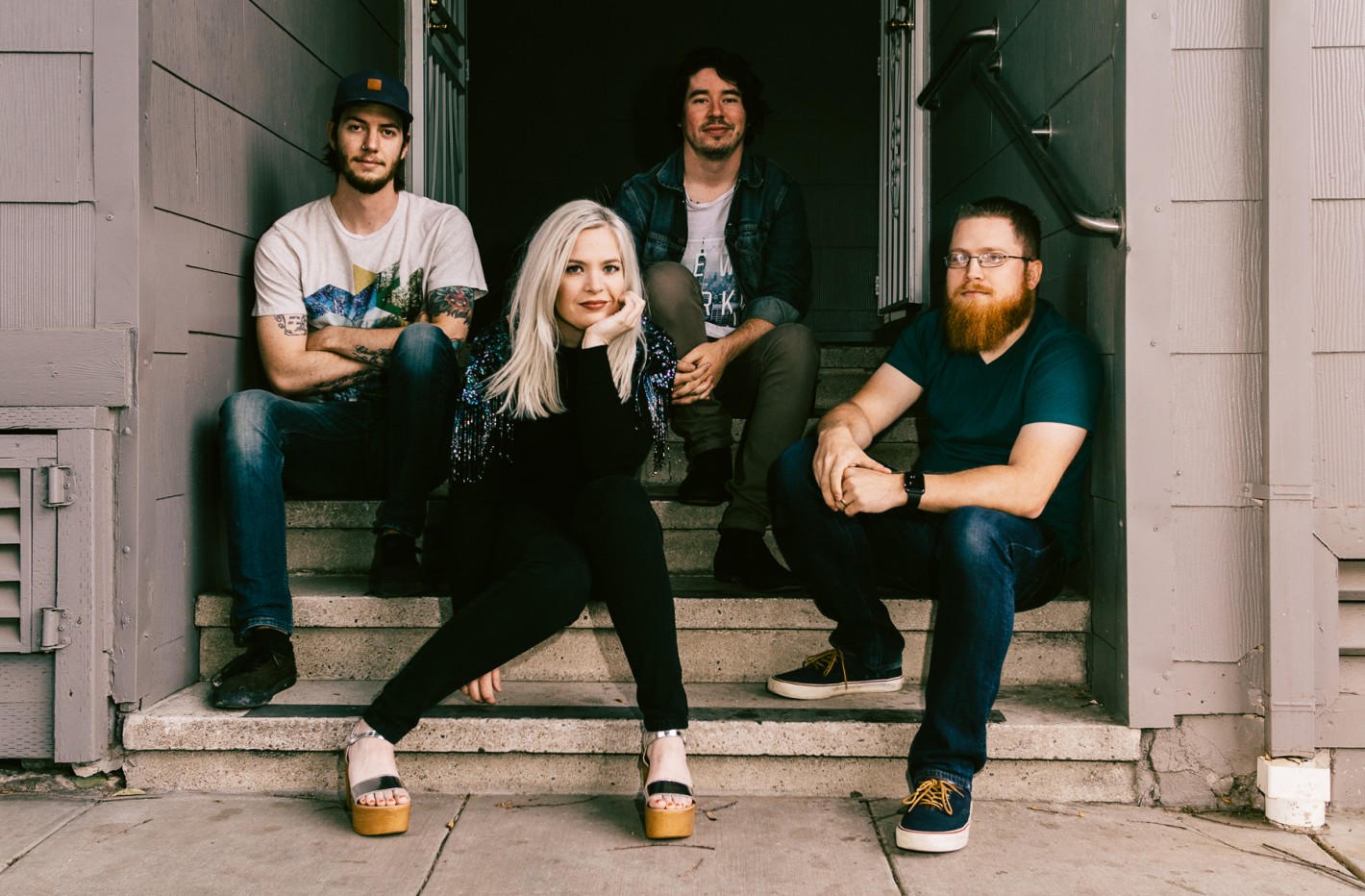 I sat down to interview three of the four members of indie/alt-rock group, Merdog in preparation for the release of their new EP, The Lucky Ones. Over fancy iced lattes and morning beer, we talked about the ever-evolving music of the group and how important it is to grow into your own.

Half of the members of Merdog (Aaron Aparicio and Cynthia Elmore) grew up together just down the river in Clarksburg, where they were able to grasp one another’s talents early on. Through the years, they went to school together, attended church together and maintained a stable friendship. As they got older, each of them were growing musically in very different ways.

Guitarist Aparicio’s musical background is a bit of a wildcard. He has gone from playing with heavy metal-type bands, to grooving pop-tinged alt tunes with Merdog. Bassist Stephen Washburn comes from classical music roots and is a well-seasoned violinist. Vocalist Elmore has evolved from a girl modestly singing in the church choir to leading an indie rock band. These three, along with drummer Nick Giovanetti, came together to produce something that they wanted to be fun and expressive. Now, after a little more than two years together, the band is finding their newfound comfort zone both on the stage and in the studio.

“Cynthia was always in the back of my mind when thinking of someone to lead vocals,” said guitarist Aparicio, “I noted them from years before, and knew she would be great at it, so I reached out to her.”

“I would often play guitar and sing little folk songs I would write,” said Elmore. “Mostly in college, I became a little more comfortable with my voice and the idea of performing.”

Elmore is an awesome mix of “refined rocker.” She is very soft-spoken, and every word seems to come out with a well pronounced ring, almost like each one plays out as its own song. This characteristic gives her voice its unique angelic-rocker tinge, reminiscent of alt-rock girls like Karen O and Hope Sandouval from Mazzy Star.

Now, the band has found common ground through Merdog. It’s become an outlet where they can showcase instrumentals and songwriting into a whole new being.

Merdog initially had some trouble coming up with a band name that would stick. “Who knew that so many orange-juice related band names were already taken,” said Elmore. One day, she sent the other band members a picture of a sketch she drew of her beloved dog as a mermaid hybrid. The band loved it, and “Merdog” became official.

“Most of what we do, we don’t want to be taken too seriously. We want things to be fun and memorable. This dog sketch embodies that,” said Elmore.

“We would get on stage and just let things come out naturally. We would just let that moment of performing in front of people take hold of us. We worked really hard to establish a live sound that was fun and unique in itself,” said Washburn.

“We don’t have to perform to try to mimic what we recorded. We have worked hard to become the live performers we are happy with being,” he continued.

It can also be added that the overall positive energy of the group exudes from them in a way that makes it nearly impossible to not root for their success.

The band has performed a slew of live shows, last year’s First Festival being one they note as a super memorable one. The band even released the live recording of their First Festival performance as a free download on Bandcamp (Merdog.bandcamp.com). 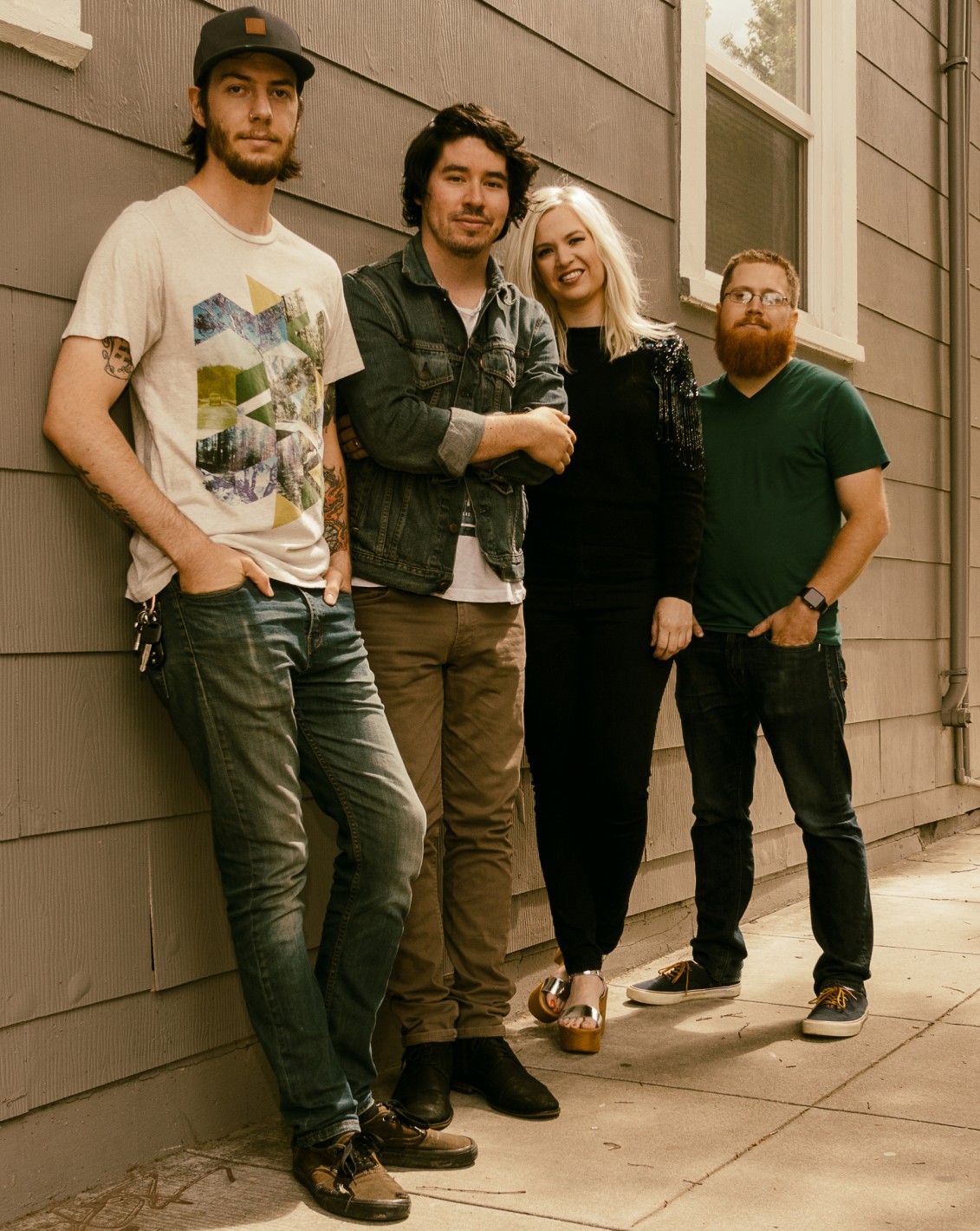 “Sacramento creates a great environment for their artists,” said Aparicio, “Venues are supportive. We are always so grateful for the audience, and things are evolving in a way that makes me excited.”

Last year, they also performed at Blackbird, “Which is an insanely awesome venue,” said Washburn. “The theme and vibes there are always so much fun, and it just feels like a party when you perform there.”

“We all just get on stage and have fun. We groove together and we love what we are doing,” Washburn continued. “We hope that it is reflective in our performances.”

On June 11 at Fox and Goose, Merdog will release their EP, The Lucky Ones. The EP took hours and hours of jamming, recording, writing and mixing until it was just right. Most songs were written mainly by Elmore, and sounds were intricately woven together by all of the members. The EP took months and months to make, and the band grew with each step of its development. “We took our time with this,” said Aparicio. “It’s not something we just cranked out in a few weeks. It played out like a chapter in our lives.”

“It’s almost like by the time it was complete, you are ready to move on to a new chapter. We put everything we had into it during its development and I am so proud of it. It has kind of given us that nudge to keep going. I am already writing so much different stuff now and ready to record another album. It’s made us blossom,” Elmore adds.

The execution of The Lucky Ones seems so organic, with each tune an ode to the sweet yet rockin’ style that made alt-rock/pop appealing in the first place. The diverse musical background that each member brings to the table is stitched together like the seams of your finest Levi’s, with mixing/recording/editing from band friend, Mika Whitfield. You get a little bit of Aparicio’s heavier metal-influenced roots, offering up sweet climatic moments. Washburn’s bass is a continuous heartbeat that drives the rhythm of the whole EP. Elmore’s voice is uniquely balanced with elegance and rock, making me glad she took that leap from singing folk songs in her room, to grabbing that microphone onstage and letting it all come out.

As performers, the band is ever-evolving and becoming more comfortable with the idea of having complete artistic freedom. “I want us to start coming on stage and dressing up a little. I want to start wearing some funky stuff, nothing insane, but I am starting to feel grateful that I have the platform to express myself,” said Elmore.

The group hopes to release a full album in the near future and perform more shows.

“We eventually want to tour. We would love to travel and play our music,” added Aparicio. “That’s always a huge goal.” On the same day as the release show, June 11, the EP will also be available on iTunes and Bandcamp.

See Merdog live on June 11, 2016 at Fox and Goose in Sacramento and help them celebrate the release of The Lucky Ones EP. Also performing are Rich Corporation and Blue Oaks. There will be a $5 cover for this 21-and-over show, which starts at 9 p.m. Go to Facebook.com/merdogmusic for more info.