What went into Mia Dyson’s newest album, and how it feels to finally be present

The future is bright. Or at least we all hope it is, so we tend to put a lot of pressure on it and think about it. A lot. One could even say we look forward to a fault, nearly forgetting about the present altogether. This is the case of Mia Dyson, the Australian singer/songwriter who’s currently in her musical prime, all thanks to finally letting go of the future.

But to begin talking about Mia Dyson, first we have to talk about her past. The Australian native has been playing music since her teenage years. Around 14, she picked up a guitar and started learning covers and gradually starting to write her own songs.

“It took many years before I actually wrote a song I liked,” Dyson said.

During her early musical development, her dad was playing her a lot of American artists like The Band, Bob Dylan, Bonnie Raitt and Lucinda Williams. Those influences can be heard throughout Dyson’s music, most prominently in her gravelly yet soulful vocals that tend to feel like heavy, strong steps over big percussion, moaning guitar and saloon-y piano chords, all with a strong Americana essence.

Not only did this play a big part in shaping her own musical style, but it gave her a strong desire to eventually make her way to the United States.

“Not only music, but so much American culture, the good stuff, the great American soul and literature, it all treks to Australia, and I grew up on all of that,” Dyson said.

She spent nearly a decade building her career through a breakthrough debut, Cold Water, followed by four ARIA nominations and one win, opening tour slots for Eric Clapton, Bonnie Raitt and Stevie Nicks and incredible praise from the press. Even with all this acclaim, Dyson’s goal was still to get to America. In 2009 she finally took the leap and moved out to the States, choosing Boston as her East Coast landing point.

“I kind of came over without a plan and essentially without a budget,” Dyson said.

This is where things quickly changed for Dyson. That lack of planning took its financial toll, which caused Dyson to lose her band and soon after go broke. With things rapidly going sour, Dyson heard about some industry opportunities in Los Angeles, so she made her way west.

“That was kind of a crazy red herring, because they really wanted to change my image, change my name, sort of re-market me,” Dyson said.

Despite the continued difficulty, Dyson went along with it for a while and tried to work with the re-branding, but the process felt unnatural. At the time, she was barely recording or playing shows, and until that point a majority of her musical career had been built around creating a fan base from her live performances.

“That time felt kind of wasted and out of my hands,” Dyson said. 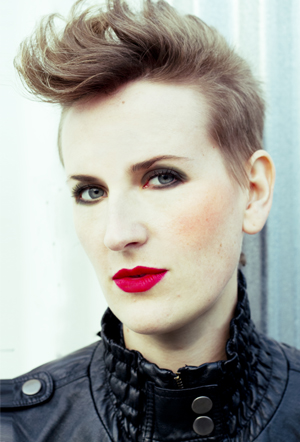 Just when it seemed like coming to the United States might have been the worst decision Dyson could have made, it wasn’t. She started meeting new people in L.A., going through the trial and error process of finding new bandmates or bill mates for shows around California. Slowly, she began building a community of inspiring friends, including her producer Erin Sidney. The two started swapping old favorite songs and suddenly developed a musical camaraderie. From there, Dyson began working on new songs under Sidney’s guidance.

“It just organically happened that we started to make this record together,” Dyson said, “I just lucked out.”

Dyson took her new songs to the studio, and her newest album, The Moment, was born.

The keyword for this album is strong. It begins with “When the Moment Comes,” a song jam-packed with incredible momentum and Dyson’s dynamite belting, followed by the equally fantastic “Pistol,” a heartbreaking number with choppy chords and loud drums, slicked over by guitar licks, all still overshadowed by Dyson’s howling chorus. The album keeps its strength all the way through with anthemic Americana pieces like “Cigarettes,” having a sing-along feel to it powered by the highlighted organ noise. The real heart of the album for Dyson, is to be present.

“It’s about being in the moment, and how there’s only the moment, not one, but this continuous—that kind of crazy—how do you describe it? There’s always a moment,” Dyson said. “I’m trying to live my life more like that now, and that’s what the record’s about.”

The process of making this album was a huge growing experience for Dyson, one that involved her letting go a little bit.

“That came only from having grown up a bit in the last few years,” Dyson said. “To realize I don’t have to have total control, it doesn’t have to be all about me. I think I had some ego in there when I was younger that meant I didn’t really want anyone helping me.”

This is the first collection of songs that Dyson has allowed this level of group involvement on, allowing more hands on the writing process for a more powerfully crafted album.

“More could be accomplished by bringing together people to share the vision. I had never experienced that before,” Dyson said. “It came at the right time and I was ready to do that.”

“I think I came over pretty scared and pretty desperate to make it work, and, yeah, certainly with leaving my home country I have to make it and return triumphantly,” Dyson joked.

However, Dyson did realize her goals. Through her tumultuous years in the States she met bandmates, realized her potential, and developed her strongest catalogue of sound. After all that, she was proud to go back to Australia, of “being able to return, maybe not with fanfare, but with a record I was really proud of,” Dyson said.

But what about the career she already had in Australia? The whole decade of her career when she was opening for artists like Chris Isaak? Wasn’t she already successful?

“I didn’t necessarily appreciate that when I got to play with some of those artists, of course it was a huge honor to me, but there was always that sort of ‘what’s next and what’s the next thing,’” Dyson said. “Now instead of looking down the road to what is coming along, which may not come, I’m really enjoying it and grateful.”

Her past is packed, and her future with this new album seems successful, but for now, Dyson is going to put her attention into basking in the new present.

“A fresh start was January last year, and this is now the next chapter of that,” Dyson said. “It was definitely a lengthy career, a real change and a fresh start.”

Mia Dyson will perform in Sacramento at the Torch Club as part of their second annual Torchfest May 26, 2013. Dyson is scheduled to play at 8 p.m. Torchfest is a two-day event that begins on May 25, 2013. For more info and for a full lineup of bands, go to Torchclub.net. 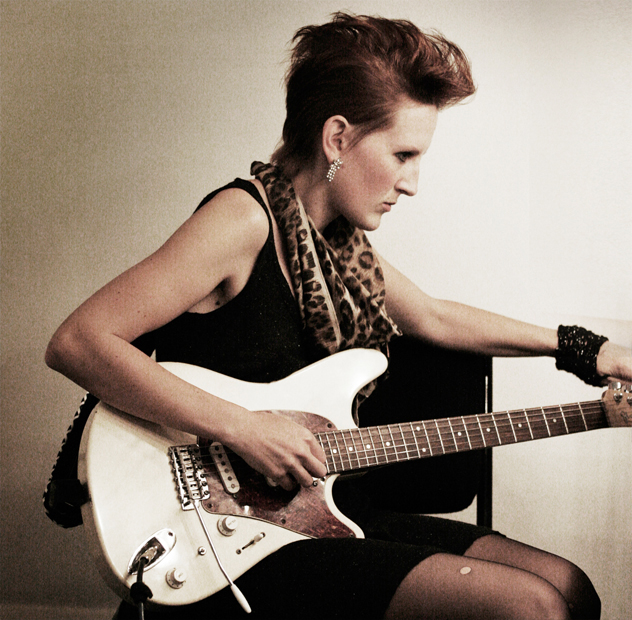