Fake It Until You Make It: Local Blues Musician Michael Ray Proves That Dedication Pays Off … Eventually 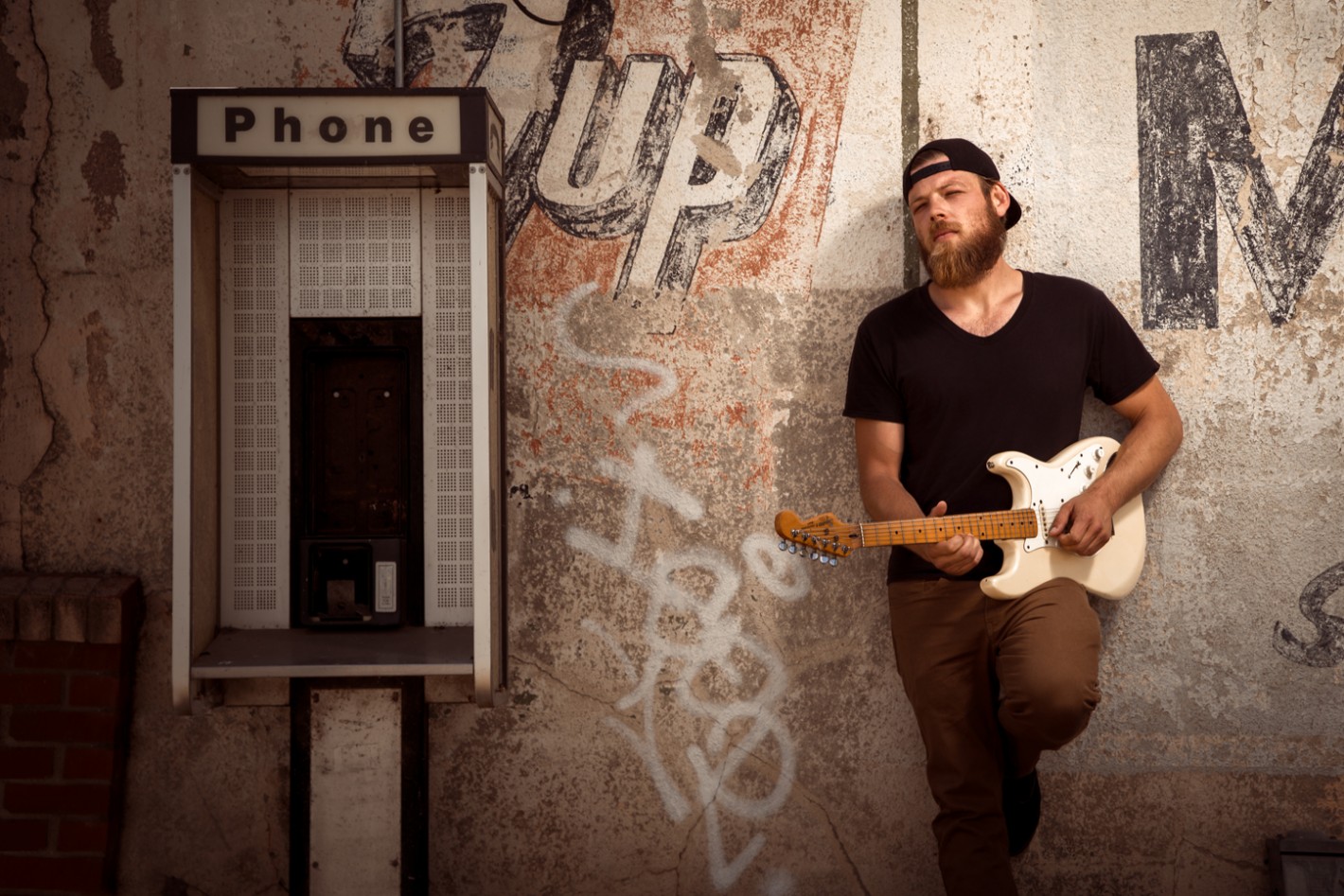 Honestly, not many artists make it out of my part of town. Carmichael is an idyllic suburban soccer mom paradise, which is not the most conducive for music of any emotional weight. This is why I’m especially thankful there are still artists like Michael Ray (not to be confused with the hunky yet ultimately mediocre Nashville country singer), who can throw down deep, technical blues like nobody’s business, instead of the usual bevy of white 18-year-olds on Ableton rapping about how much they like rapping to their Abletons at their parent’s house.

Ray’s newest EP, Live at the Old I, is a stripped-down tour de force. Take for instance the final song “I’ll Be Doing Fine.” What starts as a pacing, prowling guitar solo echoing in the silence, slows and elongates into a classical piece (by a famous composer I should be able to name as a “music journalist”), before sliding again into a gritty rock ‘n’ roll lick right into Ray’s sandpaper smooth growl. The simple blues riff stretches the tension to a breaking point until Ray explodes out into the power chords and does the ultraviolence to his vocal chords.

It’s cathartic. It’s raw like an exposed nerve. And it’s just one guy and an electric guitar. For the sake of critical objectivism, I should say that the recordings are rough, the song compositions are simple (again, one man, one guitar), but what’s exciting here is the potential. Ray has only been working as a musician full-time for the past year and a half or so, and yet he’s booked a regular gig at the Torch Club, he hosts an open mic at Dive Bar and is signed to Radiant Soul Records. He’s putting out his live EP in a few weeks, he’s recording a new album and collaborating with big name artists in Sacramento and booking a tour where he plans to paratroop the West Coast by spending months in Portland and Seattle respectively to spread his music to as many people as he can.

We met recently at an Insight Coffee shop, where he took pity on a young man with a crippling hangover (me) and laid out his plans for world domination, his early hip-hop career as a rapping evangelist and his beef with Taylor Swift. 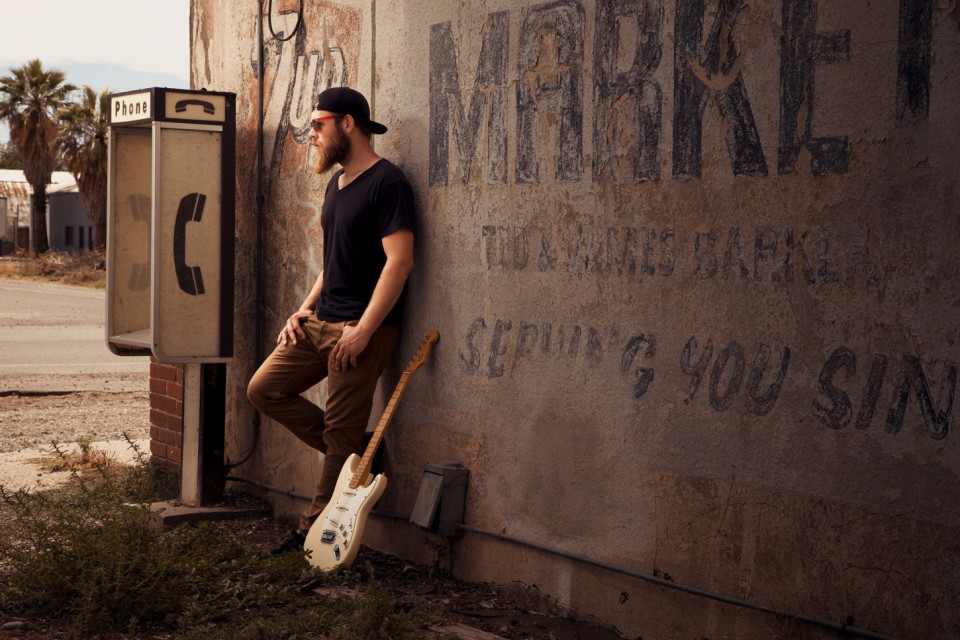 When and how did you get started playing music?
I started playing harmonica when I was 8. My parents were kind of splitting up around that time. I don’t know if that had anything to do with it, but my dad gave me a harmonica right around then. He said, “Start messing with this,” and he played some. So I played blues and stuff and played a few performances at churches and things like that. I’d sometimes do this thing where I’d rap. I used to do this Jesus rap thing.

You did some Jesus rap? Did you kill it?
When I was like 10 or something. I mean I was terrified but it was kind of cool because I got to get that out of the way when I was young. So I did a couple performances.

So you did the church thing and then you started playing guitar?
Yeah I started playing guitar around 12. It was a “fake it until you make it,” kinda thing. Like if you had asked 13-year-old me I’d be like, “Oh yeah I’m one of the best guitar players ever!” When I didn’t know shit, I was trying to work out a blues scale or whatever. So I just dove into it. I went to the high school I did because of the music program, and at that point music was all I did. For the most part, I didn’t really go to too many of the other classes, you know? I played guitar in the jazz band and then played trombone for a year or two too for the concert band. I’d play three to five hours at school every day and then go home and play for another five or something. I got experience gigging and how to be a professional. It’s no joke over there, Rio Americano has a better band than some college bands. Then after high school, I started producing making beats and rapping.

You stayed with the rapping?
Yeah I got into rap after high school I guess. I mean as cool as all the jazz and stuff I was learning at Rio was, if you asked that guy sitting over there what he knows about jazz, it’s not going to be much. A lot of people know hip-hop. You want music that’s going to be able to speak to people about something they’re going to understand. Like, a lot of people don’t get tritone substitutions over rhythm changes, you know?

Yeah, I’m one of them.
[Laughs] So yeah, I started getting into that. And basically I was just practicing doing my thing, recording and about a year and a half ago I just really dove into it. I decided I was just going to be a musician no matter what. I spent the first four months … hungry, trying to pay rent the best I could. Then things finally started to click. It took a lot of grinding and a lot of meeting people, getting out there, playing every gig and open mic I could. I just found a way to make it happen. After six months or so, it became a viable way to make money. But like, don’t get me wrong, I don’t have a car, I rent a room in an apartment and I’m moving real soon, it’s just kinda crazy.

Well can you go into what you’re working on for your upcoming album?
It’s kind of a quirkier sort of …

Quirky?
I mean like, this live one, like I said it’s really raw. You’ve heard it, you get a feel for it. It’s not like Taylor Swift songs. [Pauses] Not to say that this next one is like Taylor Swift songs or anything, but there’s a little more humor in it, little more wordplay. Kinda silly, pop-y I guess, for a blues album. There’s these little contradictions in the lyrics sometimes. For instance there’s a song on there called “The Flame Club Song,” and the idea is that I wrote it after going to the Flame Club one night with my friend—feeling the way you were feeling this morning—the next day. The lyrics at one point are like “I’ll tell you right now/I’m never going to the Flame Club again,” tongue-in-cheek kind of stuff, like I’m never drinking again. It’s a blues album, but it’s not a gut-wrenching, scream-your-soul-out kind of blues. A little more pop-y, I’m not doing like “Shake it Off” covers or anything like that.

So you’ve really got something against Taylor Swift, huh?
Don’t know why I keep bringing her up, it’s just an accident I swear … No, no, she’s good. Yeah, it’s blues, there’s guitar solos, harmonica and uh all kind of bluesy stuff, but at the same time it’s a little lighter. I’m just really stoked about it.

I’ve interviewed some artists who kinda complain that there wasn’t enough places to play or not enough attention in Sacramento, what do you think about the scene here in Sacramento?
Yeah, I’ve heard a lot of that, too. It’s one of those things that comes up over and over when you talk to musicians or on Facebook or whatever. I couldn’t disagree with it more. Even this morning I was playing that farmer’s market thing and they hired two musicians themselves. Myself and a guy playing keyboards and singing within a block of each other. But between us, there’s a friend of mine who’s busking and then when I’m playing my set, City of Trees Brass Band comes marching right up through the middle. Then I just found which key they were in, so I started jamming with them because what are you gonna do? You can’t overpower a brass band. And I know a couple guys in the band so I say what’s up and they go marching on doing their thing. I mean, if you were there walking on that block, you would’ve seen four different musical acts outside for free for the public. I mean, it’s a beautiful town for that.

Join Michael Ray to celebrate the release of his EP Live at Old I at Old Ironsides (where else?) in Sacramento on July 1, 2016. The show gets underway at 8 p.m. and will also feature performances by Honey B. and the Cultivation and Century Got Bars. If you pay your entrance fee in advance, you’ll even get a copy of the album. To purchase a presale ticket, check out Michael Ray on Facebook at Facebook.com/michaelray916.