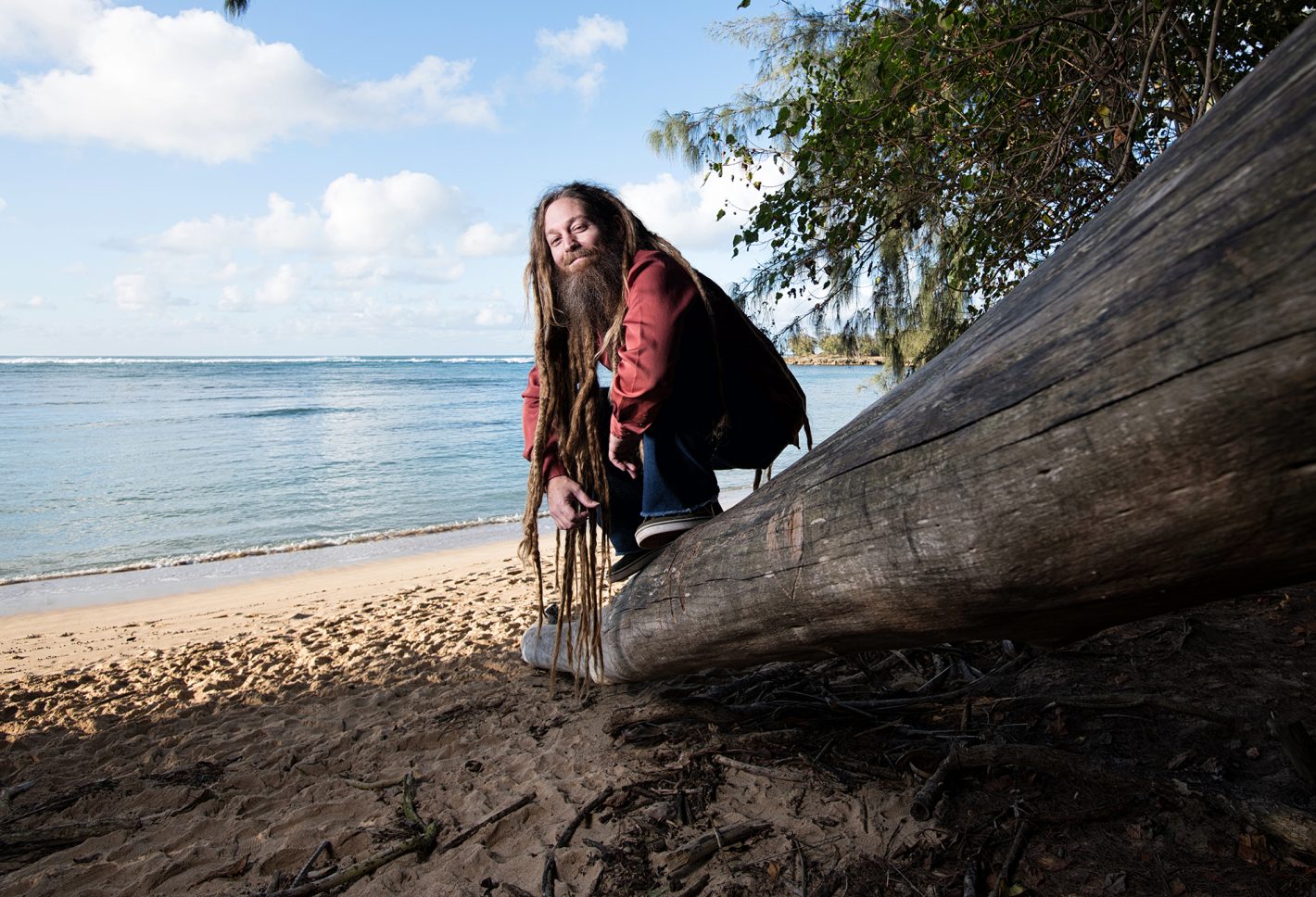 With a voice amplifying peace, change and authenticity, Mike Love infuses the radical message of reggae from the ‘70s with traces of classic rock and gritty soul. Hailing from the island of Oahu, Love comes from a long line of musicians. While joking that as an infant he played music before talking, with Love’s ample experience in guitar, piano, steel drums and more, there’s perhaps more truth to that than exaggeration.

Before going solo, Love was in multiple bands, often creating songs meant for large instrumental sections. Eventually, he started to create his own music, blending words of spirituality, positivity and freedom from what he believed to be an oppressive system. His popular song, “Permanent Holiday,” is the epitome of this. With its impressive bass and vocals looped for an echoed effect, the song hones his message that people can break away from an impassioned, selfish existence. Though he believes everyone has a path of their own, above all this musical father wants to bring life-affirming lessons into the world for the sake of his children and his children’s children.

Love is determined to prove reggae can have touchstones other than just Bob Marley, respectfully. Reggae covers many heavier topics than most may assume. Love describes that as a young man, it was reggae that helped him find moving feelings and emotions he didn’t hear in other music.

With thousands of monthly listeners on Spotify and quickly rising in popularity, Love and his band The Full Circle are about to grace Sacramento with a killer show headlining Concerts in the Park on May 25. Submerge caught up with Love during his stop in Mexico to talk spirituality, human nature, the concept of a “Permanent Holiday” and how he hopes to change the world with his music. 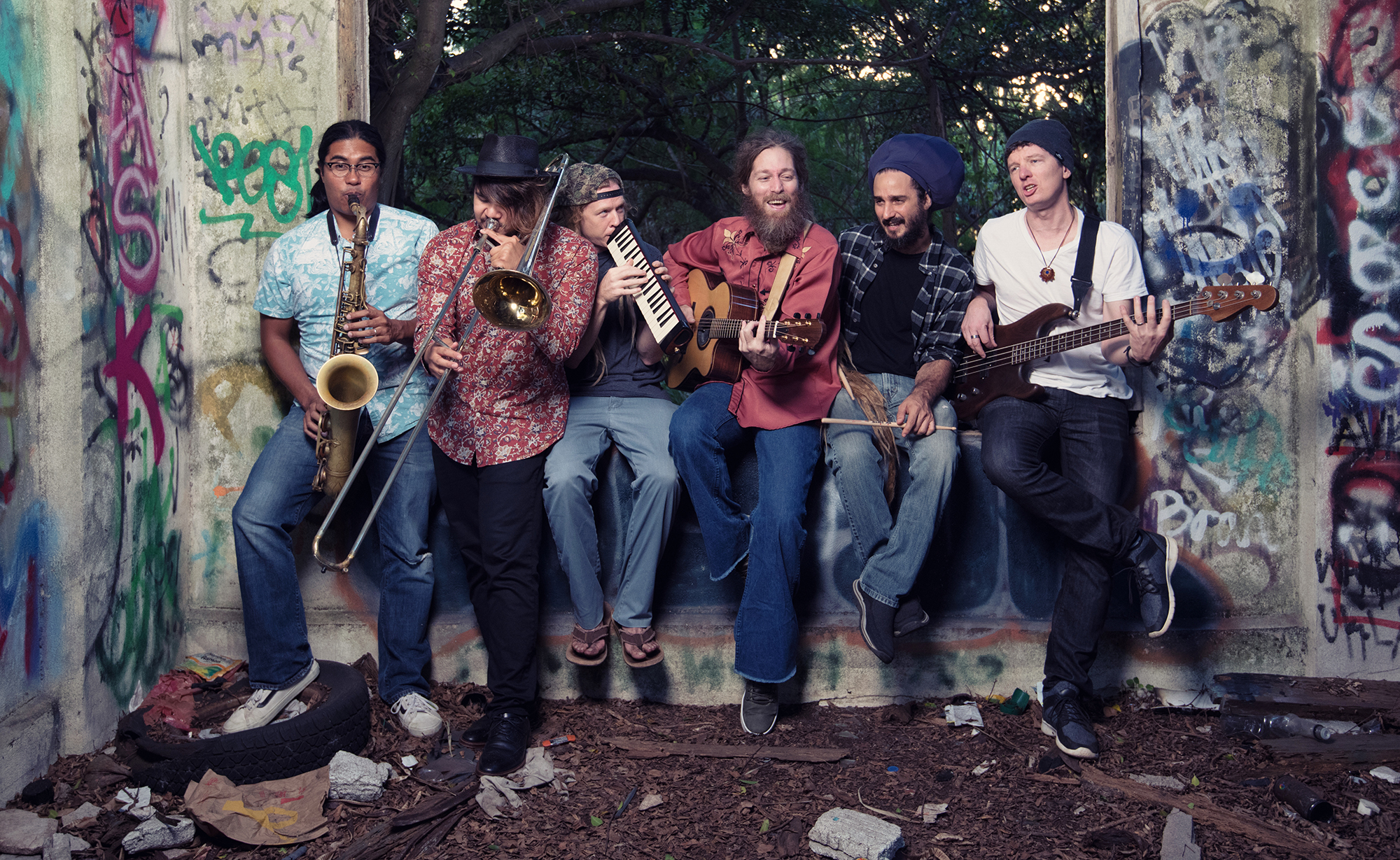 Could you tell me a little about your start in music? Do music abilities run in your family or did you have a specific teacher that guided you?
Yeah, it was really my dad and sister. My dad is an amazing musician and so is my grandpa. I’ve been playing music basically since before I could talk. There was just always music around. I had a really amazing steel drum teacher throughout elementary school and had piano lessons. My dad and sister started teaching me guitar when I was about 6 years old and throughout my life [my music abilities] just kind of progressed from there. My whole life I’ve been surrounded by really awesome musicians and just kind of always learned throughout experience, mostly.

With music continuously being in your life, would you say your path in music was your destiny?
Yeah, I think I might have been a musician in past lifetimes and that I sort of just picked up where I left off. So yeah I’d say it’s been my destiny. Definitely.

Your reggae music contains hints of rock, soul, folk and more, but what is it about reggae that makes you primarily play in this genre?
I’ve played different kinds of music throughout my life and at a certain point reggae music came in really strongly. It has spiritual rasta elements you’ll find with bands like The Congos, Israel Vibration and of course Bob Marley. He [Marley] was like the first reggae musician I was exposed to. It [reggae] was spiritual, and it appealed to me because there was a message and an energy of healing, revolution, and the resistance to the system that suppresses. After a while of playing, I finally realized I could infuse reggae with all of the other influences I’ve had over the years but keep the foundation, message, energy and healing. I made sure of it. And to all the other styles of music, I still love them. That’s how my unique voice was born.

When I hear you wail in songs like “Permanent Holiday” and gently croon in tunes such as “Let the Healing Begin,” I hear an aching, wishful sound in your voice. You’ve described yourself as spiritual but are adamant about being non-religious. What role does spirituality or faith play in your life?
I think spirituality is woven into every moment of your life and the depth of your spiritual practice reflects itself in the depths of your faith, understanding, your connection with the universe and the connection with every little thing. I don’t doubt many Christians and Muslims are spiritual people. Sometimes people can find their way spiritually through religion. But I think it is mainly used to control. I try to stay away from it because I don’t think that necessarily the same rules apply to each person. We’re here to learn and to grow, and we find our way. The universe speaks to us in different ways throughout our lives. All it asks is to listen and to be open to it.

You’ve been in bands large and small throughout your life. Why did you make the transition to playing solo? What has the experience been like so far?
I went from being in like a big 10-piece band and focusing all my energy on that to doing a solo thing. It was kind of shocking because I’ve never done a solo thing before. A lot of the songs that I’d written didn’t really work at first in a solo format because they were so centered around being in a band and having all those instruments support each other. I realized that I needed to make songs that could stand alone whether on an instrument or even in a capella. Going solo really tracks the progress of myself as a musician.

You’ve said in the past that you want to change the world with your music; what are some specific messages you want your listeners to hear?
I am trying to change the world for the sake of my children and my children’s children. We have this negativity in the world, the idea that as humans the world is here for us to do whatever we want. Now we’re seeing the devastating effects of it all and it’s becoming glaringly obvious that a massive change is necessary. It seems only a small percentage of people are really devoted to making this shift because most people don’t care about themselves, the children and the natural disasters happening. We need to wake up. We need to change the way that people feel about themselves and about the world we live in to bring more love and positivity onto the planet. The only way it is going to change is if everybody wants to change.

I hear much of that message in one of your more popular songs “Permanent Holiday.” The track covers the conflict in people being so afraid to leave normal routines and instead do what they are passionate for. Why do you think people are so nervous to take the leap and do something like quit their job or quit their regular life to find or do what will fulfill them?
The system is designed to keep us in place as worker drones. “Permanent Holiday” is about living on the outside of that. It’s not about being on a holiday where we just cruise at the beach and smoke weed all day. It’s about living outside of the system of control, populating our own community with making the dreams we invision real. Don’t stop working; hard work is the cornerstone of any dream. What we continue to do as a necessity is to bring that message to the people and share that healing energy in proximity. It’s important for us to do this work because we feel it’s our responsibility to do it. This is our permanent holiday because we are doing what we love, dream and envision. We’re sharing those messages and how to be in control of our lives and our future with the people.

As you probably know, the Big Island is facing a natural disaster with the Kilauea volcano displacing families and wiping out homes. Have any of your close family and friends been affected by this and is it hard being away from home during this time?
It is really hard. A lot of our family has been displaced. It’s been a crazy time for our islands in the past couple months. But during this devastating time I see a lot of the same energy that we saw in Sonoma County with all the crazy fires that happened there last year. We played in Sonoma right after the fires and it was amazing to see everybody come together and help one another. We are seeing the same thing happen on the islands too. We are thankful to have our family alive and well. Things can be replaced. Thankfully lava is somewhat of a slow moving process so at least we’re able to get out with
our lives.

Catch Mike Love’s headlining show at Concerts in the Park on May 25, 2018. For more information visit Godowntownsac.com. For information on donating to help the Kilauea volcano disaster relief visit Hawaii.salvationarmy.org. You can also catch Mike Love at this year’s California WorldFest, which takes place in Grass Valley from July 12 – 15, 2018. Love will perform on the final day of the festival. For more, visit Worldfest.net.