The Outsiders: After a lengthy recording process, Misamore is ready to rock the local scene with their new album 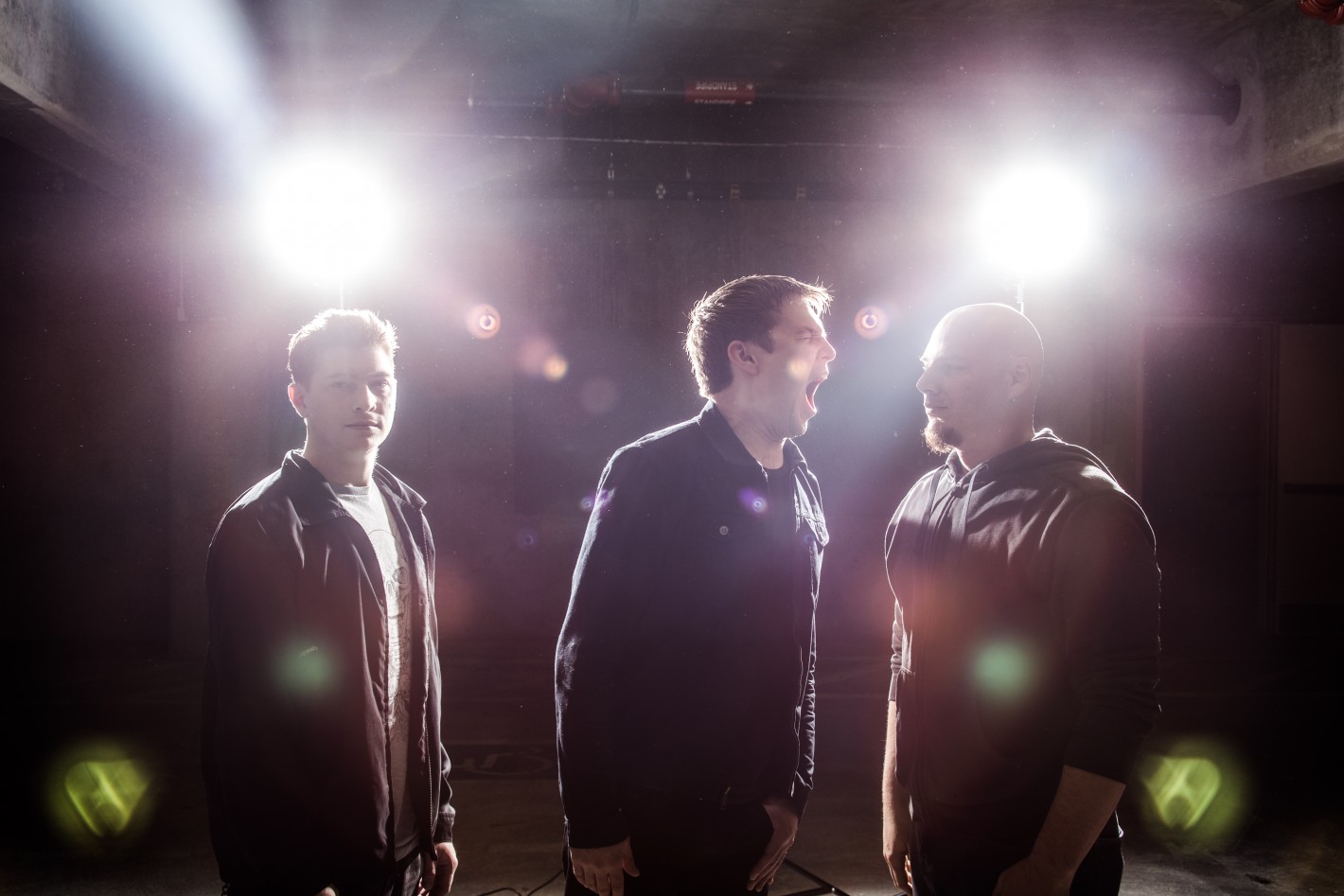 Misamore are one of the few Sacramento acts who aren’t actively chasing the all-elusive record deal and, more importantly, aren’t in a hurry to write and record music. And although many of the local bands who are featured on 98 Rock and other like-minded stations seemed rushed and even coerced at times, this is one trio who write music for themselves first and foremost.

Unlike countless short-lived bands unceremoniously lumped into the hard rock diaspora, Misamore’s moves are strategic and very calculated. Even while recording, the three members—Josh Amolsch (guitar and vocals), Mike Dragony (bass) and Ryan Maples (drums)—were not afraid to take their sweet time in the studio. Monolith, their new yet-to-be-released 10-song platter, took a whopping 24 months to record.

Propelled by a mutual desire to create melodic radio-driven rock—a la Alice in Chains, Helmet, Deftones, Sparta and more—each member offers up input equally, making Misamore somewhat of an anomaly in a scene whose chief songwriters rarely want to share songwriting credits. As a result, it’s band-written songs like “Bloody Mary” which are slowly gaining traction and getting airplay in the area.

For a trio that labels itself an outsider in the music community and admittedly gets forgotten when it comes to festivals and the like, this is one act who needs little help from any institution to prove their worth. As such, Misamore already has a game plan in place for 2016 and are trading shows with other bands from other South Bay and Bay Area cities in an effort to get heard and be seen.

Submerge caught up with founding member Josh Amolsch to get the skinny on the little band that seemingly always could. 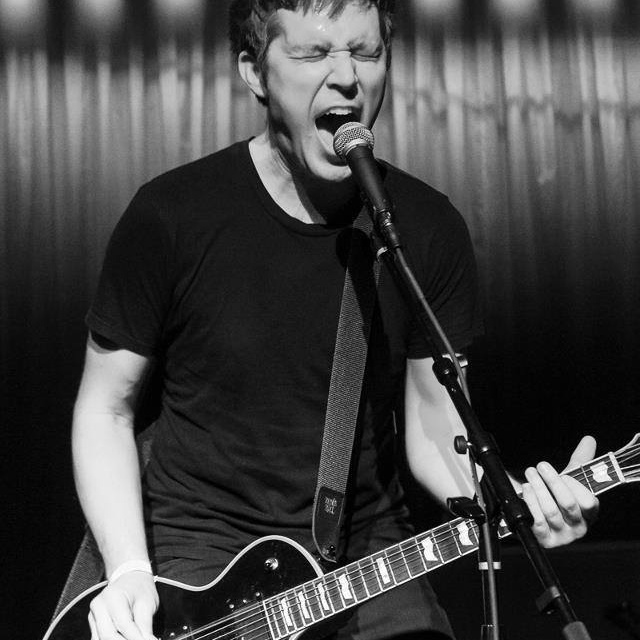 Why did the album take so long to record and write?
It was written well before we went into the studio, yet it took so long because of the cost. First, we didn’t go to a cheap studio or a place with a deal per song. Second, we didn’t hire a producer and wanted a person with great gear already that knew how to use it. Lastly, we went around to many of the area’s top studios and got a vibe for each of the studios and the engineer. We knew it would take a little while and interviewed folks, but, in the end, Velvet Tone studio and Pat Olguin gave us the best vibe. It was like our own rehearsal studio, and we enjoyed it being rough around the edges. It was kind of like an old pair of shoes and it just felt good.

The band formed originally in 2003. Has the lineup always been the same?
I started the band in 2003 and had a handful of drummers and bass players. I also moved to Texas in 2006 and came back. Our current bass player is a friend of mine, and I convinced him in 2007 to start playing together. We picked up our drummer Ryan in December 2010 just before our first album, the Horizon EP, came out. It’s been the three of us exclusively since our previous singer quit in 2012. From 2003–2009 we had no singer.

There must still be some tension with you and some of the older members, correct?
Honestly, we don’t really have any past member we have a problem with. There’s a couple of ex-members of Misamore that left and we don’t know what happened to them … and there’s one other we won’t mention. 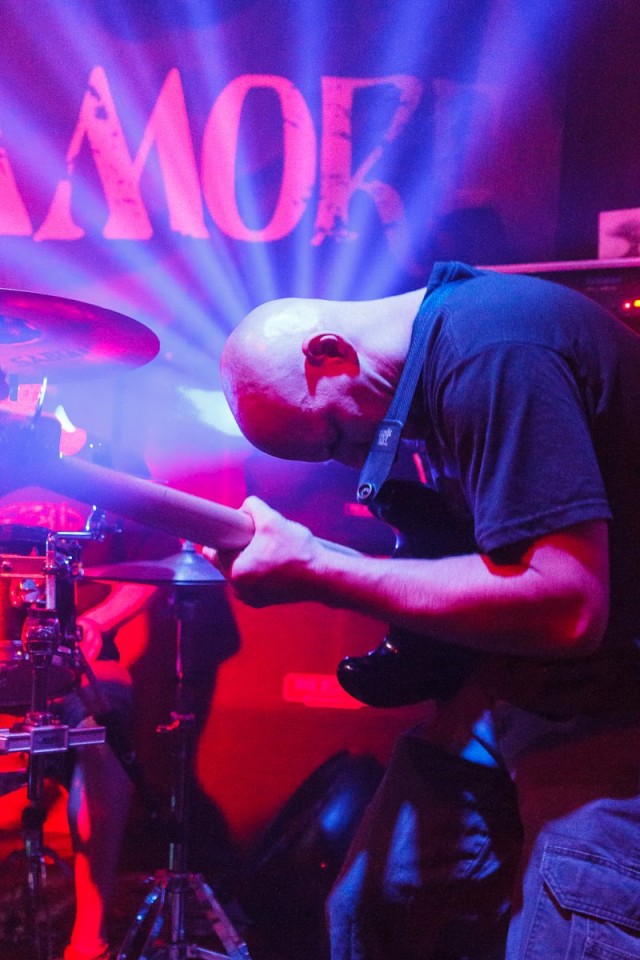 What about unreleased takes that will be available as bonus tracks or B-sides?
No. We went in with 10 set ideas and came out with those same 10 ideas. Also, we had a lot of time in between the albums, but did one single in between the two in a different studio called “Preset Numb.”

What local bands do you align yourselves with and/or like?
Any band that comes off heavy and are nice you just can’t help like. I like Restrayned and Fall Rise. I wish I could get to know more these days, but I’m busy with my day job. More importantly, we try to not listen to anything going on in the scene for influences and try to be friends with bands who align themselves with us.

So what pays the bills when you’re not siphoning money into the band?
I’m a real estate agent for Lyon. They have reps all over town there are many different brokerages and is actually No. 1 in four or five counties. There are thousands of agents around here yet I am in a very small and successful team under Elizabeth Weintraub. We are actually No. 2 for Lyon real estate. Mike, our bass player, works as a warehouse manager for a networking company and drummer Ryan Maples provides transport and assistance for disabled people.

Why don’t we see Misamore out all over town passing out handbills like the early days?
When you’re younger, you go to every show. Now we are all very busy focusing on our stuff. Sure, we want to go out there and make new music and it’s always in the back of our heads that we’d like to play the biggest stages, but it’s not something we’re counting on since we don’t get out like many others do. At the end of the day, we just want to write the best music we can make.

Tell us about the personalities of the other members. Surely there must be a reason for this group coming together.
What’s great about our band is that everyone understands their role. I never wanted to be a leader and all the members now have creative control. We treat this band as a complete democracy and I like that everyone is on board with talking things out first before doing. We actually talk to each other more than we play, believe it or not. Ryan is younger than us and this is the first band he’s had that plays shows out of town. Mike and I have taught him a lot since we have been in bands for quite a long time. Ryan also trusts we are making the right decisions and has even learned double bass technique after joining us. 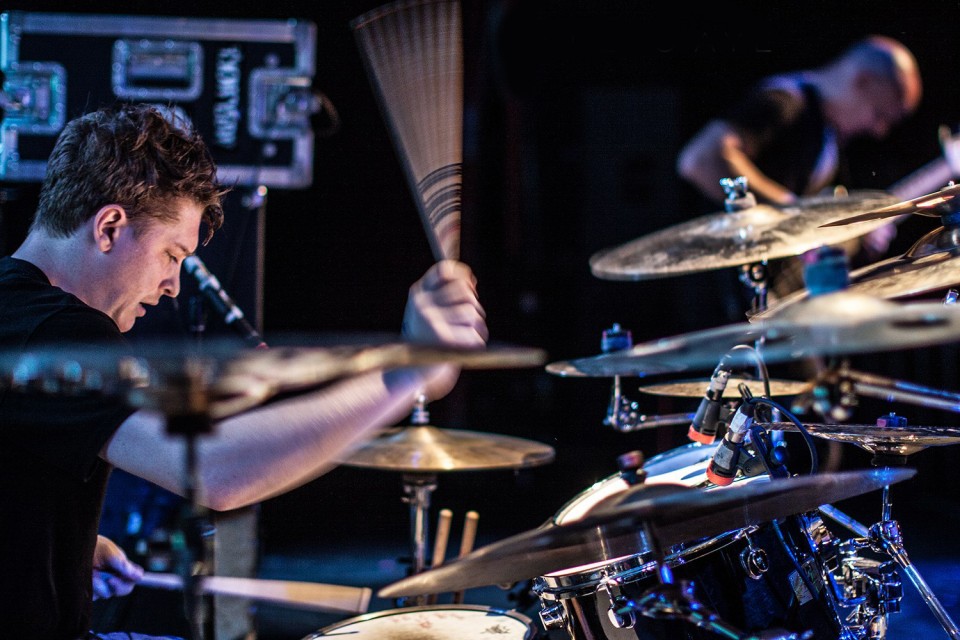 If you’re going to be serious, you would ultimately need to secure a proper U.S. agent. Are you actively looking for one?
No. Sure, we would love one but we don’t have the time and aren’t actively looking. Also, we have very busy lives and tours take up so much time.

How many shows do you play in a given calendar year?
We play anywhere from 10 to 12 shows a year. For the last couple of years, we’ve been shooting for around 75 percent out of town and the rest in town. We’ve played in Santa Cruz at the Catalyst Club inside the Atrium, the Elbo Room in San Francisco, Rooster’s Roadhouse in Alameda and more.

What can you tell us about the opening bands for your CD release show at Blue Lamp?
To start, we have our friends in Dimidium who are from San Jose. We just recently played with them and some locals at the District Theater in Gilroy on the band’s 13th annual Festival of Fools. It was great. Blood Party was another band we also met at a show with other friends. Opener Highway XII are from Oakland and they played with us a long time ago.