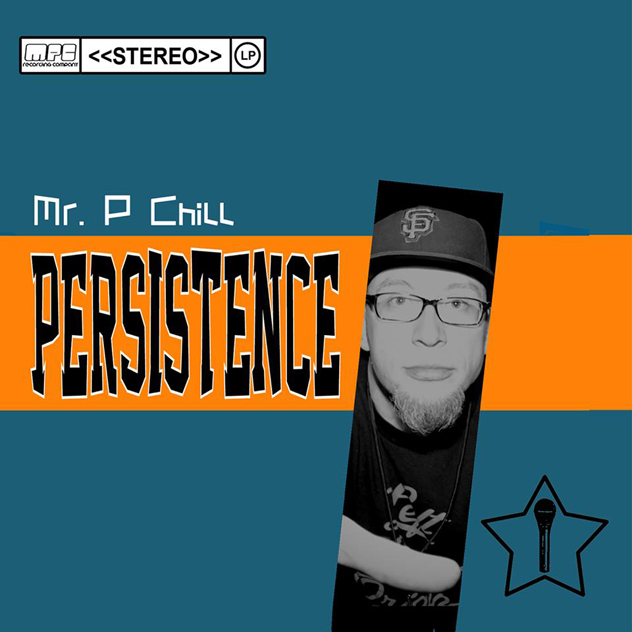 Sacramento MC Mr. P Chill sure knows how to churn ‘em out. The road-tested veteran is dropping his 10th album, Persistence, on Tuesday, June 3, 2014, through his own label, MPC Recording Company. He’s throwing a local album release show at Witch Room on Thursday, June 5, 2014, that will also be his 40th birthday party. “Much of the content on this new album is in regards to how it is to be a middle-aged musician,” Chill recently told Submerge. “Still trying to make a living in the music business, which is traditionally a young person’s game.” Persistence is a whopping 17 total tracks and showcases Chill’s lyrical prowess, a skill he’s honed over his 20-year career, including countless coast-to-coast tours. On “Nothing to Lose,” he raps, “I’m like 40, how can I still be at it? Touring the land like I’m a microphone addict.” Speaking of touring, after Chill’s June 5 performance at Witch Room (also featuring his longtime partner DJ Mike Colossal as well as The Beatknocks, Cleen, Elephant Gerald, Max Bundles, M-Theory and J.Smo), he will hit the road in July, touring all the way to Brooklyn, New York, and back. Let’s send him off in style by showing up in force to his last local show for a while. Doors open at 8 p.m., the cover is just $5, and it’s for those 18-and-over only. Learn more at Mrpchillmusic.com or at Witchroomsac.com