Beyond Teenage Politics: MxPx at 20

Being a teenager in the ‘90s in California meant you listened to punk rock. If there were other choices in the matter, no one presented them as voraciously as labels like Fat Wreck Chords, Epitaph, SideOneDummy, Nitro or Hopeless did. And while California’s skate-punk tsunami swelled during the early part of that decade with the rise of Green Day, Offspring and Rancid, miles away were groups hell-bent on riding the wave. Bremerton, Wash.’s MxPx probably weren’t trying to become a ubiquitous tandem of the ‘90s punk rock explosion, but they’ve definitely become one of its most ardent flag bearers.

MxPx is on a stop-and-go nationwide tour, packing venues old and new, big and small on what they’ve decided to embrace as their 20th Anniversary Tour. That’s right, it’s been 20 goddamn years since the fresh-faced, bleach-haired trio formed, eventually releasing seminal skate-pop-punk albums Teenage Politics and Life in General on Tooth and Nail Records.

But why? From Wisniewski’s own admission, there were no enormous expectations for MxPx.

“We never really had much of a plan,’” said Wisniewski, who joined the band in 1995 shortly after original guitarist Andy Husted departed. “We just kind of went with it.”

Embracing the immediacy and uncertainty of their lives at the time (the band members were 15 years old when they got together), Wisniewski explained that for MxPx, everything sort of snowballed–quite literally for him at the beginning of his tenure.

“[My first show with the band] was in Portland [Ore.] at this place called the Push that’s not there anymore,” Wisniewski recollected. “There were tons of people going crazy, and it was just like, ‘This is amazing! This is the best show we’ve ever played!

“We sold a bunch of merch and ended up staying with some fans over across the river in Vancouver, Wash., that night because we didn’t wanna drive back. We woke up in the morning and someone said, ‘You’ll never guess what happened last night. It dumped like a foot of snow.’ So we ended up getting snowed-in with these people. We were just supposed to wake up in the morning and leave, but we ended up hanging out with them until around dinner time when the roads cleared up.”

Throughout the past 20 years, that kind of fan interaction (intentional or not) has helped MxPx somehow transcend genre pigeonholing they were weaned on. They routinely draw big crowds wherever they go, whether they’re headlining or opening. Case in point: during the band’s more recent appearances at ever-morphing mega-fests like Warped Tour, audience veterans would often forego the pull of top-billed vampire-core or saccharine-sweet electro-punk acts to be whisked away by the energy that made that tour–that Empire–what it is today. There’s loyalty with this band like there is with few others. 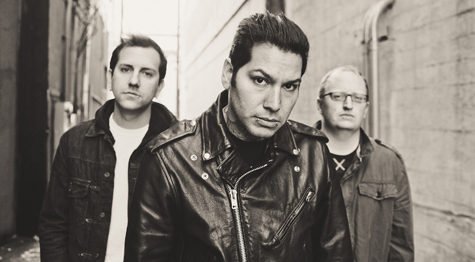 Whether or not that loyalty is the result of MxPx’s underlying Christian roots–the band has never preached through its music, but openly admit to being Christians–is open for debate. What’s less abstract are the ways in which MxPx has persevered as a band through two decades of heavy touring, major label stints and growing older.

“There was always something right around the corner,” said Wisniewski. “It was always really busy so we never really had time to think, ‘Oh wow, this suddenly became a career. I paid my house off of this.’

“As far as us playing together, we all just love playing, we love the music, we get along really well. That’s that. As far as actually being able to stick it out and be a band and have people come to our shows that long, it takes work ethics. We worked really hard at making ourselves better, and being a better band live, and by being out there on tour all the time.”

Plans Within Plans, MxPx’s ninth studio album–and first release on their own Rock City Records label–was released in April, perpetuating the maturity of the band’s punk blueprint (“We wouldn’t write a song like ‘Bad Hair Day’ anymore,” joked Wisniewski), with catchy but aggressive rock and four-on-the-floor drumming. But the album was released five years after their last record, 2007’s Secret Weapon, which saw MxPx returning to the label that helped launch the band, Tooth and Nail.

Wisniewski said that with Herrera increasingly busy with his country-rock side-project Tumbledown, and with himself and Yuri settling into (gasp!) “real” jobs, the lengthy resting time in between MxPx records was anything but restful.

Despite that about-face toward reality, though, things remain business as usual in Bremerton.

“[When] Yuri and I got real jobs, that was kind of that moment of, ‘Oh gosh, reality is shutting in,’” said Wisniewski. “But it’s fun. I like my job, and I like being able to still play with the band, get in the van and go out for weekends. It was definitely an, ‘Oh, crap!’ kind of moment, but it’s worked out so far.”

The band’s been joined on stage during their 20th Anniversary Tour by a slew of special guests, including Mest’s Tony Lovato and Good Charlotte’s Benji Madden. It’s a safe bet that during their set at this year’s JoshuaFest–taking place Aug. 30 through Sept. 2, 2012 in Plymouth, Calif., at the Amador County Fairgrounds–the trio will beef up their ranks to accommodate their increasingly legendary status.

“The shows have been really good,” said Wisniewski. “We’ve been playing a mix of a little from here, there, everywhere throughout our career. Mike’s doing a little acoustic set in it, too. We’re just trying to make it better than our normal show.” 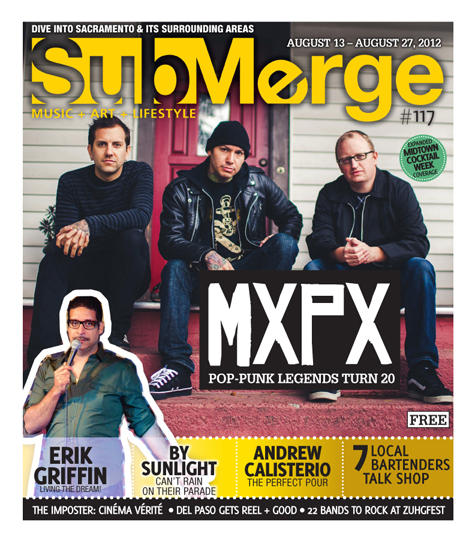