Night out with Nate Curry • The Transformation of an Artist, and How He Hopes To Elevate Sacramento’s Hip-Hop Scene 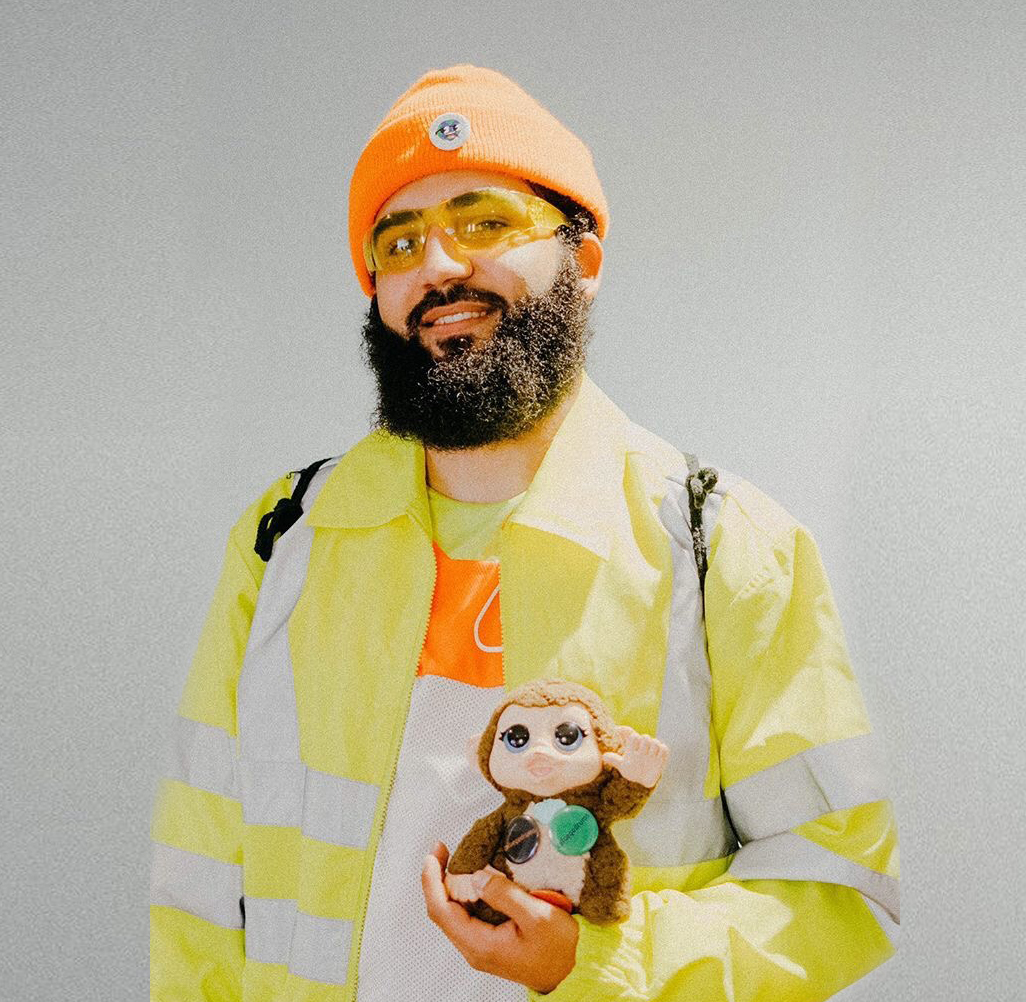 I hopped out of my friend’s car in a hurry, just in time for an interview with Sacramento’s very own Nate Curry. I quickly recognized the 26-year-old singer, songwriter, rapper and producer strutting down the street by his colorful attire and full facial hair, true to the man himself: yellow sweatpants and a yellow crew neck sweatshirt, a poofy orange beanie, clean white Nikes and his flowing, brown, James Harden-adjacent beard.

Rolling up with an outfit similar to those he wore on the cover of his latest EP, Self Distraction (released in 2019), the hip-hop up-and-comer, born nearby in Davis, is slowly winning hearts nationwide after catching attention locally from years of work in the Sacramento hip-hop scene, earning himself a lofty post as the favorite artist of your favorite rapper (Mozzy, P-Lo and SOB x RBE, to name a few fans according to Curry).

Unfortunately—or perhaps fortunately—for myself and the rising hip-hop head, the coffee shop that we pulled up to happened to be closed. Feeling like I had given Curry a “Cold Shoulder” of my own, we quickly walked to find the nearest spot to chat about his recent musical successes and career-at-large—mainly his experience touring with Hobo Johnson, his thoughts on rap and hip-hop as a whole, as well as how he fits in (or rather stands out) in such a competitive landscape.

On our walk to the eventual interview spot—in typical fashion—he answered a call from a friend, and from what I heard (as I frantically searched for the nearest bar) were a few words about upcoming tour plans. Curry has been leading an exciting life, but he would definitely tell you himself that the main reason for that is his patience and humility, the boring parts of hip-hop.

Setting up at Capitol Hop Shop, Curry eased the mood early on, saying, “It’s not like I have a mastermind, but I just noticed a pattern. People know me as a funny dude and all my songs are dance-y and upbeat,” continuing (after taking a bite from a heap of pulled pork-topped fries), “but when you listen to my songs they’re either sad or serious issues and the way I kind of explain it on tour … depression … anxiety … addiction [are all] very real … but I want to give [people] something to sing-along and dance to and chant with … It’s like therapy, but fun therapy.”

Curry finishes his thought with the witty remark, “It’s like me tricking myself into being smart.”

As with most artists, there tends to be a deeper story beneath the bright and flashy surface. For Curry, “tricking himself into being smart,” and hopefully his fans too, is a big part of it. Reflecting on his recent tour, Curry admits that while his vibe differs drastically from Johnson’s it gave him insight into new audiences. Style aside, the increasingly popular Johnson saw something in Curry and invited him along the 30-city journey.

Curry begins telling me about a stop in Atlanta that shows his ease of improv by saying, “my keyboard set just broke down … but that literally made the show [in a strange way] … My homie DJed sitting from the floor and it worked out great.” Quotes like these prove that Curry is clearly meant to be a performer and under the spotlight is where he shines.

Growing up the son of Sacramento producer SBVCE (pronounced “space”), formerly of the rap group The CUF, or as Curry describes, “Sacramento underground hip-hop dudes—the ‘f*ck this job’ type,” Curry blossomed in the shine of rap music.

Learning at a young age, he began rapping at three and producing music at 12 in a house of learned-and-lived rappers. Curry speaks highly of his father’s impact on his ability to perform, saying, “The biggest thing I got from [living among rappers] was my stage presence.”

Charisma aside, the logistical mindset of maintaining patience in an industry often so immediate was also learned as a result of SBVCE’s hustle. SBVCE co-founded the label Bedroom Trap Entertainment alongside fellow Sacramento artist Baegod in 2013, and now Curry is a key member of the label as well, helping to establish Sacramento as a warming hotbed for artists looking to breakthrough.

Humility is clearly another trait passed down and perhaps seen first hand. “I’m kind of socially awkward,” Curry says. “But when it comes to getting on stage, I don’t know what it is … I just snap.”

That snap I’m sure is quite liberating, but it’s a snap nonetheless, and if you’ve seen him perform live (or followed his social media presence), you’ll quickly realize his persona, or as he aptly describes it: “not too corny, not too gangster.”

The hip-hop community in Sacramento knows Curry now, but it wasn’t always like this, and it took about 10 years of Soundcloud releases to make it to a cross-country tour. Repping the moniker Takticz initially in his career before transitioning to Yungbrehh and finally finding a voice that could lift him higher through the music charts and minds of hip-hop junkies, he finally dropped the act and repped his own name—Nate Curry.

Finding that style took time though and Curry points to the 2017 song “Balance” as a shift in mindset. 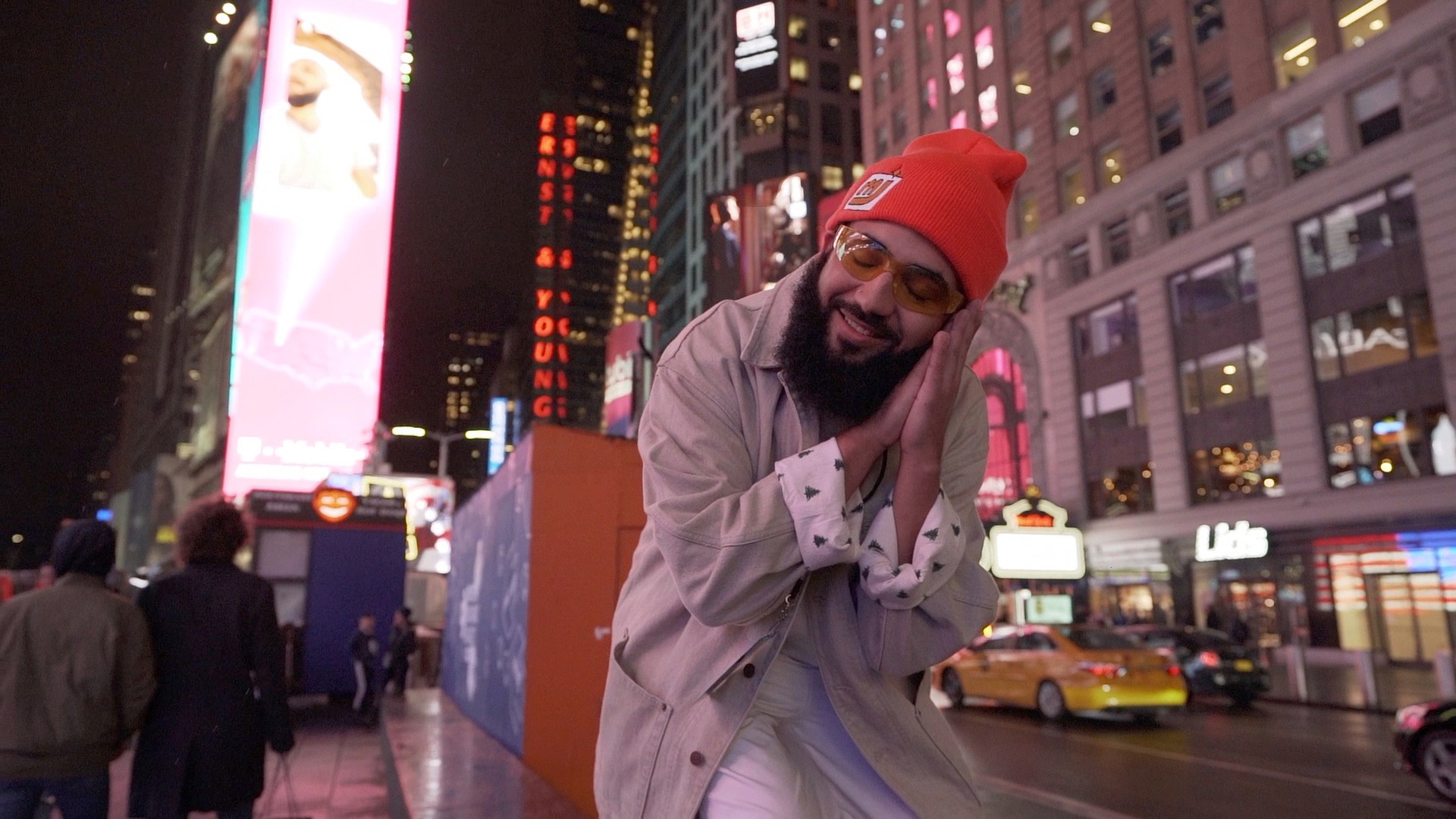 “At that point in my life it was me trying to get myself on the right track, trying to motivate myself and if I’m on stage saying all these things I have to do them …‘cause back in the day those hip-hop heads would boo you off the stage if you’re not really about what you’re talking about,” Curry says about the club-y, yet self-motivating track. Another thing he learned from his time in the industry—aligning words with actions.

More than a mental shift, the song was a launching point for the Nate Curry sound, pinpointing his preferred, self-described “airy voice,” that is the calling card for Curry’s captivating lyrics. He went on to describe his songwriting that accompanies that “airy” voice as, “Transparency mixed with catchiness, but catchiness mixed with originality,” the epitome of balance.

“I thought, ‘This is where I want to go …’ I couldn’t figure out who I was, and in a way I was trying to please [random people],” Curry says about his mindset before the revelation from that song. “It was almost right when I met my girl, I changed my name to my [current] name and started writing more catchy, meaningful music, that I would listen to.”

Not long after this, his 2017 hit track, “Cold Shoulder,” dropped. “That’s literally the reason why I’m able to still write and have a fan base,” Curry admits about the song that’s generated more than 600,000 plays on Spotify.

While the aforementioned “Balance,” maintains a modest view count on YouTube, “Cold Shoulder,” confidently brushed past the earlier video’s numbers. Set in snowy Lake Tahoe, the nonchalant track features Curry and his girlfriend dancing coolly in picturesque winter landscapes. Asking why he thought that particular video did so well (considering it was released two years after the song) he answers, “It looked so big … We were in the snow for like 13 hours,” to which I interject, “That’s awesome,” before Nate corrects me.

“It was horrible!” he says. “But what it did was make people do that second thumb tap.”

That social media “second thumb tap” is an area where Curry has had tremendous success over the last three years, and especially since the drop of his definitive EP Self Distraction. Discussing the contorting of mind and voice as an artist, Curry poses the question: “How can I be successful in music and not feel trapped as a human?

“You don’t need a clique … You just gotta click with yourself,” he follows up, discussing his transformation—a noticeable one heard in the production and quality of his newest EP.

In Curry fashion, it’s well represented by Northern California with the likes of Sacramento artists Harris Rudman and Igwe Aka and the Oakland-born Haiti Babii. Each artist shines alongside Curry, who shows his true hip-hop vibe throughout the entire tracklist, which he says is inspired by the likes of Erykah Badu, A Tribe Called Quest, Mos Def and J Dilla.

Curry’s good friend (and video game teammate/rival) Harris Rudman adds a verse midway as Curry’s cushy vocals set the mood on the second track “Hate to See It.” The third track is again at ease with Curry’s voice as Haiti Babii comes in at the halfway point to change the tempo with rhymes that run with the beat on “Active.”

In between sips from his brew, Curry admits his initial hesitation to me for the fourth track, titled “Primero,” which has a much more hypnotic and dancehall feel to it in comparison to his earlier works. Aka comes through in vintage style on the fifth track “Unbothered (Sorry),” before Curry finishes the EP off solo with “Temporary Fix,” his most played song on streaming platforms (with over 770 thousand plays on Spotify currently).

“I see a bunch of people supporting people, and not just for the support back,” Curry says. “Everyone’s giving everyone a chance. That’s the hardest part: just getting someone to give you a chance. It definitely wasn’t like that.”

As we paid the bill, Curry left me with one last memorable quote (describing his music fittingly in food terms), pondering aloud, “How can I have a weird ass entrée, that looks hella good?”

We left the bar and walked back to Curry’s car, near the original coffee shop we planned to meet at. The mood was less frantic than on the way there, which I’d attribute to Curry’s laid back demeanor leading the way. He confided in me about future music saying that, “I want it to be hella positive … which is gonna be tough … ‘Cause I want people to twerk to it.” Quite the classic ending to a night out with Sacramento’s self-distracted yet highly focused hip-hop icon.

See Nate Curry live at Harlow’s (2708 J St., Sacramento) on Friday, Feb. 14 (y’know, Valentine’s Day) as part of Love Town II. Also performing will be Harris Rudman, Igwe Aka and Camilla Covington. This is an all-ages show, and doors open at 6:30 p.m. To get tickets, go to Lovetownsac.com.