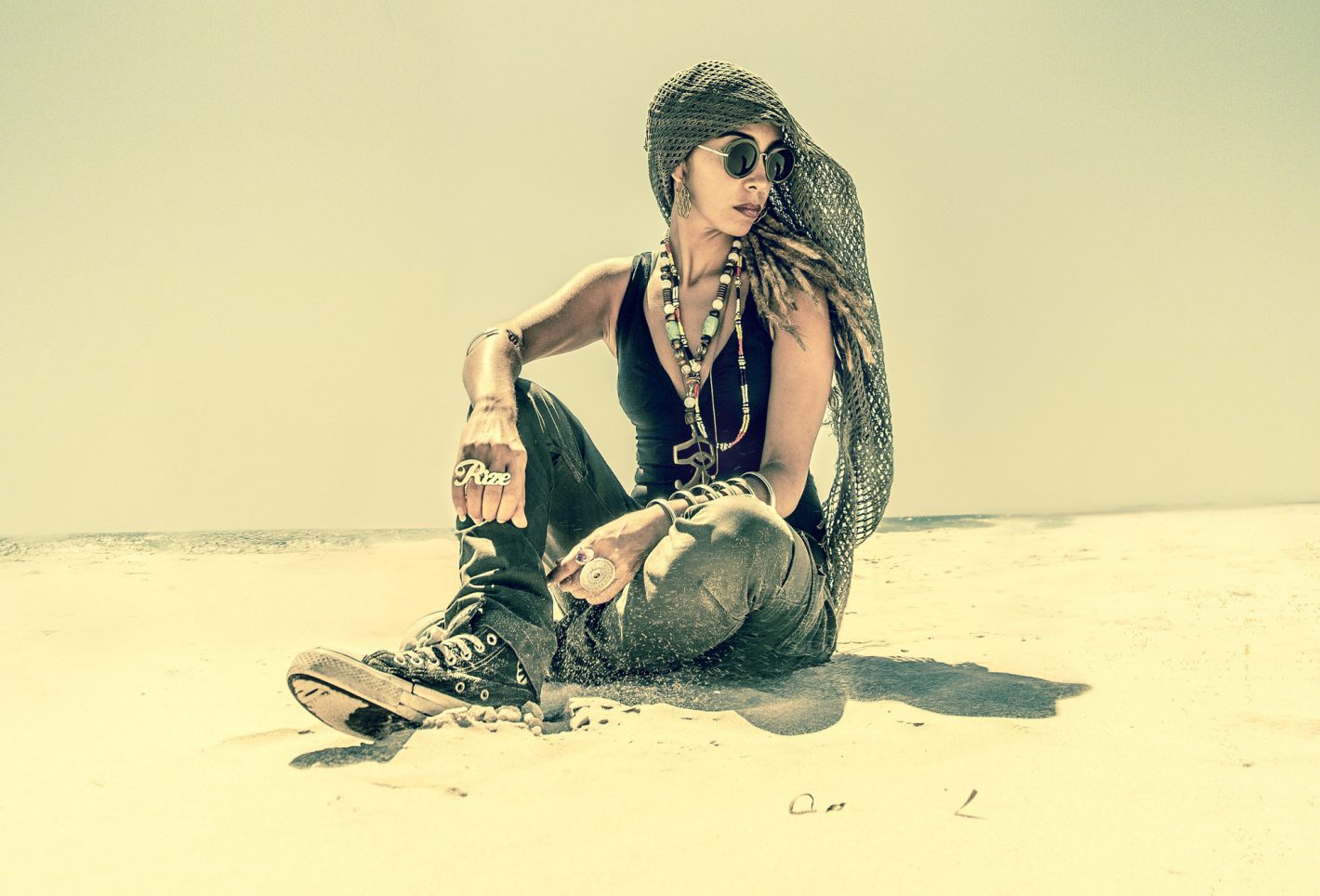 No matter the genre, change is a constant among all types of music. This is especially true for reggae. Anyone unfamiliar with the genre may assume it’s only full of Bob Marley and marijuana references. But for those die-hards, they know the messages and vibrations the style reinforces are often unfairly overlooked at a time where their subjects of injustice are significant, and especially relevant for our era. The state of reggae is going through its own evolution and women artists are paving the way for its future. Hailing from Australia, Nattali Rize is one example of a female transforming the genre.

Rize (formerly known as Natalie Pa’apa’a), created her stage name based on a couple of important symbols. She decided to spell Nattali in such a way due in part to “natta,” an American Indian word meaning “speaker.” “Rize” comes from being inspired by Bob Marley’s classic tune of empowerment, “Rise Up.”

If asked where she’s from, she’ll more than likely respond with, “all directions” for good reason. Growing up, she was influenced by various cultures across the globe and she continues to tour everywhere, jumping back and forth between Jamaica, Australia and beyond. She is largely based where the music is and got her start at a fairly young age with the guidance of her mother’s music taste and talents.

Her music career started as a street percussionist and transformed into being a part of bands such as Skin and Blue King Brown. She has toured, collaborated and opened up for well-known performers such as NOTIS, Carlos Santana, Michael Franti and Spearhead, Damian and Julian Marley, The John Butler Trio, The Cat Empire, Silverchair and Powderfinger. Since releasing New Era Frequency back in 2015, she has definitely kept busy.

While being a force in the world of reggae, she is also a passionate social activist who has spoken out on multiple issues affecting the world ranging from the environment to human rights.

We caught up with Nattali Rize recently and she spoke about her reggae roots, music career and admiration for Jamaica, while also giving us feedback on her brilliant sophomore album Rebel Frequency. She will be performing at the California WorldFest in Grass Valley on July 15, 2017. 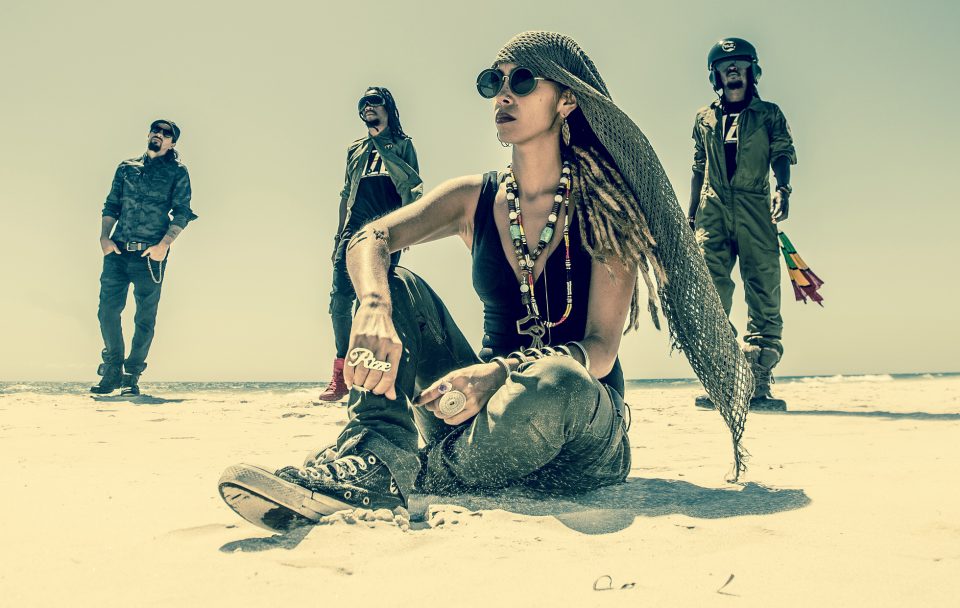 How’s the tour going? The last year and a half you’ve really been on the move touring, from Australia, the United States, Europe, Japan and many places in between. Where are you right now?
It’s good. It’s good. I’ve got a free day today. We’re here in Pittsburgh right now, about to perform with Michael Franti and Spearhead at Carnegie Hall tomorrow night.

Michael Franti and Spearhead? That’s huge! Their live shows are great and full of high energy.
Yeah, yeah. We’ve been friends for a while now. It’s always a good time when we perform with them! They’ve been big supporters even at the start.

I’ve heard your live shows are fire and have seen a sliver of that spark from YouTube videos. What are the feelings you get from performing?
I always enjoy connecting with people in the crowd and feeling the good vibrations from everyone, especially when I hear them reflecting the lyrics to the songs right back at us in places like Europe and Japan. You wouldn’t always expect that they know all the lyrics because of the language barrier, but they do, and they’re really feeling the meaning and the messages behind them on a deep level.

Is there a specific moment on tour that stands out for you?
One time Blue King Brown opened up for Carlos Santana in Australia. I get nervous, but I was really feeling it at this one in a way where I was feeling the nervous pulses go through my body. When finally Santana went on he signaled me to go on stage with them and they gave me a guitar. I wasn’t expecting it.

Where’d you get your start in music? How were you introduced to it?
Growing up, there was always music around. Reggae, rock and soul from greats like Judy Mowatt and Aretha Franklin. My mother played the best. I was naturally obsessed with it all but also determined to learn at 13 years old. My mother was my guitar teacher and it all started from there.

What made you start really participating in the movement against global injustice? Were you always aware of the mistreatment of people around the world and concerned with helping others?
I was really conscious and aware of the injustices people faced around me. It’s been naturally a part of me from as far back as I can remember.

What was the process in making your latest album, Rebel Frequency, that released in March? What’s the meaning behind the title?
I was largely influenced by the current corruptions in the narrow world paradigm that we live in. Anyone that challenges the common restraints formed under governments led by systems such as capitalism is considered a rebel, whether it’s growing your own food or providing for yourself. Music is a way of really connecting ourselves to higher consciousness and to be thinking beyond the confines of mental slavery. To reach higher states of consciousness we have to reach higher states
of frequencies.

My favorite song on the album is “One People.” Though the album is brilliant in its blending of dub, reggae, rock and electronic elements, the track is notable because it’s simply guitar and your voice, not many other hints of electronics. Can you tell me the process in making this song specifically?
It wasn’t going to be on the album at first. I had made it a while back. NOTIS actually influenced me to put it in—that it had to be on it. I wasn’t going to release it as a single. I think it really ties the tracks together in the end because it’s stripped down with just guitars and vocals. It’s about evolving consciousness and freeing yourself from the restraints of Babylon. As we grow we are able to unify and become sovereign through love and unification.

In many interviews, you talk of the beauties in Jamaica that transcend just its appearance, such as its communities and artistry within its people. Can you tell me more about that admiration?
For me, it’s the closest example to what sovereign communities look like. Their communities take back their power by teaching, learning and growing with each other. Whether it’s being completely self-sufficient by growing their own food with no GMOs or big corporations, it’s really inspiring. There is also this artistry among the people of Jamaica with respect for each other, their ways of self-expression, and enjoying that.

Is it too early to ask if you’re already gearing up to work on new projects?
It’s not too early! We’re planning on putting out a music video for “Rebel Frequency” soon and I’m always working on songs for future projects.

California WorldFest is a four-day musical extravaganza taking place from July 13–16, 2017, at the Nevada County Fairgrounds. Also performing will be Michael Franti and Spearhead, Seun Kuti and Egypt 80, Tommy Emmanuel and Peter Yarrow with Bethany and Rufus plus many more. Nattali Rize will perform on Saturday, July 15, 2017. For more info, or to purchase tickets, go to Worldfest.net. Check out the official video for her track “One People” below.