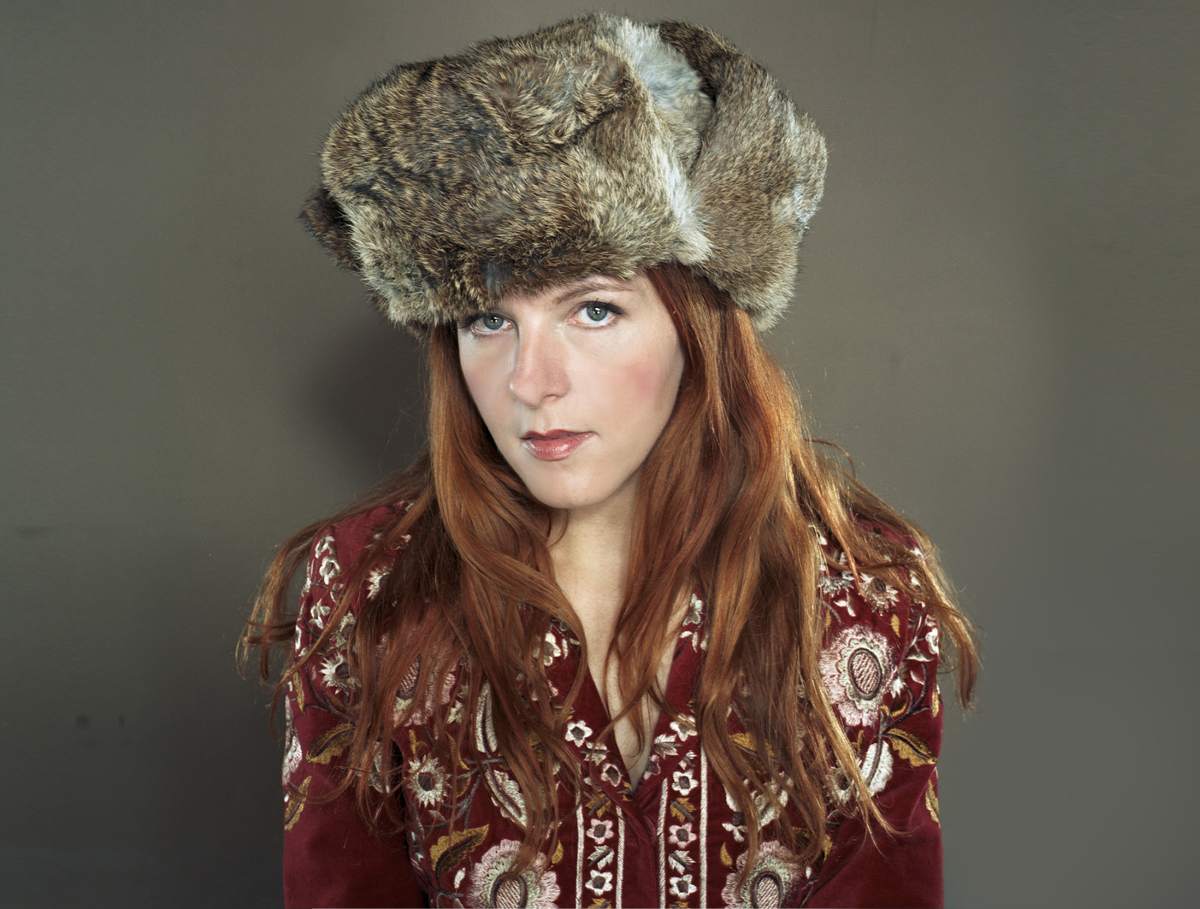 I don’t know about you, but I find it really, really hard to get to know anyone by a single phone call. So, frankly, I hate phone interviews with musicians, and I generally try to avoid them at all costs. Except when it’s Neko Case … How could I say no?

If you believe that lives have soundtracks, then I would say Neko Case has certainly been a part of mine. I remember when a coworker first introduced me to her music some 10-plus years ago—it was Furnace Room Lullaby, Case’s 2000 release. She was backed by a band referred to as Her Boyfriends; it was her second solo album. I couldn’t think of any other modern musician at that time whose voice was so powerful or soulful. It was authentically twangy and country, for sure, but not in the obnoxious sense of a Merle Haggard or Dolly Parton. (Blasphemy, I know.)

From then on, on so many nights, I remember the satisfaction of setting that sky blue disc (Case’s 2006 release Fox Confessor Brings the Flood) with her hand-drawn fox on it into my CD player just before bed, or the sheer bliss of driving down the 101 with the windows rolled down and Middle Cyclone (2009) washing through the speakers, or listening to Case’s entire discography on repeat with coworkers.

Anyway, I was recently invited to interview her over the phone as she continues her fall tour, which is a sort of celebration of her discography to-date. As that day drew near, my anxiety grew as I deliberated over what the hell I’d ask her that she hadn’t already been asked.

Within the last seven years, Case has earned three Grammy nominations for her music and reached No. 3 on the Billboard album chart. Eight solo albums deep into her musical career, she released her box set Truckdriver, Gladiator, Mule last year.

“Someone asked me why I’m releasing a box set if my career isn’t ending,” she would tell me later with a laugh.

She was asked by Rolling Stone shortly after the release, “Have you found that people think you’re quitting, now that you have a box set?”

“Yes,” she answered. “It was pointed out to me also that it’s a strange point in your career to have a box set, which I never thought about. But I want to go to my own funeral—who doesn’t?”

Alongside her solo career, she has remained an original member of renowned Canadian rock band The New Pornographers since their debut in 2000. And, this summer, she joined forces with fellow musicians k.d. Lang and Laura Veirs to promote their self-titled collaborative album case/lang/veirs, which, upon its release in June, received widespread praise. She’s been a frequent guest on NPR, and has been interviewed by just about everyone, it seems, including the New York Times, The Guardian, Pitchfork … the list goes on.

By the time we got to talking, I was experiencing a bad case of cold feet. But, the show must go on. Right before she and I spoke, her publicist informed me that Case just finished a radio interview. Case had just 15 minutes to chat with me over an incredibly patchy connection from her 100-acre farm in Vermont. It was 7 p.m. her time, and to my surprise, she was still cheery and friendly, despite having to field back-to-back interviews. (She had yet another scheduled after our chat.)

I was slightly apologetic for being part of the interview flurry.

“I love my job,” she reassured me. “I’m excited to promote the shows.”

In November, these shows will land in her hometown, Tacoma, and end in Southern California, with numerous stops along the Pacific Coast. I asked Case later in an email if there were any specific albums, songs, or works of art she was feeling especially nostalgic about, considering the anniversary of Truckdriver, Gladiator, Mule was right around the corner.

“I’m not feeling so much nostalgic as shocked that I can’t remember more about those times,” she replied. “They were SO labor intensive.

“I’m also a bit like a dog in that I’m always shocked and delighted by my next meal, as it were,” she added. “I’m always worried I’ll never have another job and so I put blinders on for the project ahead. There is not much time to reflect, but I keep hoping ‘someday.’” 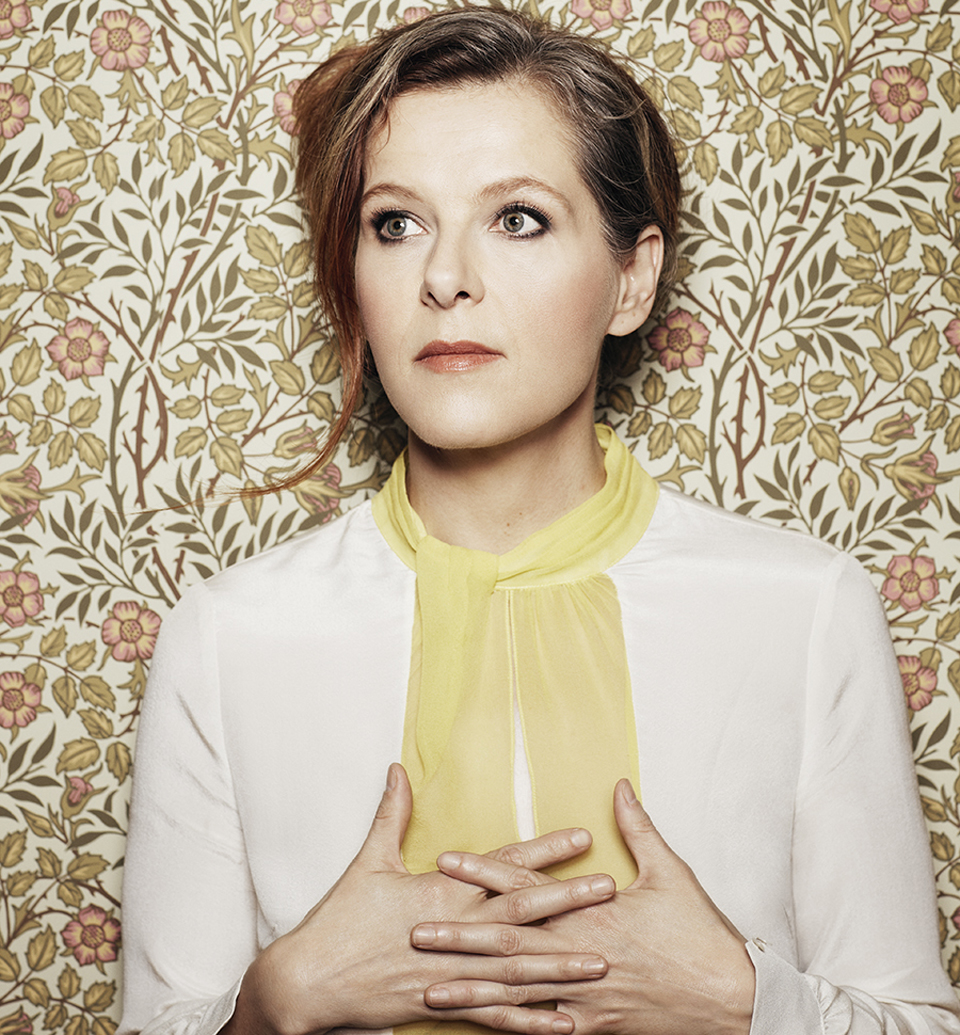 There is quite a history to reflect on. Washington state-bred, Case’s earliest musical beginnings began on the drums, shortly after leaving a broken home—plagued by her parents’ drunkenness and drug addictions—at age 15. She relocated to Vancouver to attend art school when she was 23, and simultaneously began drumming for and touring with punk bands like Cub and Maow. By her late 20s, Case’s interests shifted to country music, and in 1997, she released her solo debut The Virginian, backed by Her Boyfriends. It featured both originals as well as covers, like Loretta Lynn’s “Somebody Led Me Away” and the Everly Brothers’ “Bowling Green.” Four years later, in 2001, she released Blacklisted, her first album without Her Boyfriends. She has been churning out albums ever since, including: her live album The Tigers Have Spoken; the aforementioned Fox Confessor Brings the Flood, a record riddled with haunting fairy tales and dreamlike musical compositions; as well as Middle Cyclone, revealing Case’s reverence for Mother Nature and animals alike. The last of these, which she recorded at her farm home in Vermont, was nominated for two Grammys and reached No. 3 on the Billboard album chart. Her most recent release was 2013’s The Worse Things Get, the Harder I Fight, the Harder I Fight, the More I Love You.

Despite all of this, it’s understandable that Case hasn’t had much time to reflect at all. After all, she just finished touring with Lang and Veirs just over two months ago.

“I feel like it was a master class in being a musician and being an independent one who writes their own music and produces their own records,” she said. “It’s been crazy and inspiring and really fun.”

On top of that, she also just finished recording new material with The New Pornographers, which is now in the mixing process and is slated to participate in a WOMANPRODUCER panel discussion alongside female musicians Zola Jesus, Suzi Analogue, and Miho Hatori at the National Sawdust in New York City, hosted by indie pop duo The Blow.

As I said, fifteen minutes just isn’t much time for an interview.

What I can say is that within the first minute or two of speaking with Case, I recall thinking, “Wow. How nice it is to talk to someone who is just seems normal, down-to-earth, and human.”

If you ever chat with Case, read through enough of her interviews, follow her tweets, or read any of her open letters and essays that she posts on her website, you will quickly notice her sharp, often crass sense of humor, and the fact that she doesn’t hide much. She is not afraid to share her thoughts, and she can be painfully honest about her past and the ghosts that still haunt her. She has often described as having a sort of punk rock ethos, but at a more fundamental level than that, she just seems to exude a strong sense of self.

I asked her about that in our email correspondence.

“It’s not self-confidence as much as ‘what have I got to lose if I already have nothing?’” she replied. “It’s not feeling sorry for yourself so much as it is letting go and acknowledging that art and music are not a contest and despite the fact that the industry operates on and exploits that illusion, YOU, the human creator doesn’t have to.”

So, what’s not to love about Neko Case? Not only is she a self-made musician and songwriter, but back home in Vermont, she is a farmer, growing her own food, complete with chickens, a horse, dogs and cats. She is a lover of animals (she prolifically tweets adorable pictures of her beloved dogs and cats while at the farm), and she is an advocate of animal welfare, supporting nonprofits like Best Friends Animal Society.

In addition to being a musician, Case is also a visual artist, often creating her own album art, including the cover of The Tigers Have Spoken. Along with Truckdriver, Gladiator, Mule, she included an 80-page book of photography that she designed and curated herself.

“Other than the album art I don’t get enough time to work on art, but I’m hoping to change that in the next year,” she said.

I asked Case how she would describe her evolution as a musician from the earliest years up to now, reflecting on her solo work as well as her collaborations, from Maow and the New Pornographers, to, most recently, case/lang/veirs.

She shied from the question, responding, “I’m too close to it to answer this one, I’m afraid. It’s a tough one!️” She punctuated her response with a smiley face emoji.

However, to promote Truckdriver, Gladiator, Mule, Case did write an open letter to her fans last year from her farmhouse on what she described as a snowy New Years Day. In it, she mused: “Have you ever wanted to be in a band? It doesn’t end up looking like you think it will; it’s WAY more strange and interesting than you can imagine. If you are looking for glamour, however, you’ve come to the wrong job. Glamour is for dicks anyway.

“Being in a band isn’t a race to an awards platform; it is a life, a great and complicated, messy, anxious, hilarious and home-made life. I wouldn’t trade it for anything, ever. I gave up a lot of what makes people “normal,” but it was always my choice. That is a victory in itself. This is a LONG story, which I will continue later, but for now, here are some images and music to take in and wonder about. I made all this for you and me. Without you, however, the circuit does not complete. Thank you for being here with me and making music.”

After November, Case said that she will be working in Tucson full-time on her next album. Meanwhile, if you have a soul, make it a point to make Neko Case part of your life soundtrack, too.

Catch Neko Case with Eric Bachmann and Jon Rauhouse Nov. 13, 2016 at The Center for The Arts located at 314 W. Main St. in Grass Valley. Tickets for the all-ages 8 p.m. show are $48 and are available online at Thecenterforthearts.org.