When National Public Radio put out a call to musicians around the country to submit videos for their Tiny Desk Concert Contest (which was just what it sounds like: artists film a music video behind a small desk in a setting of their choosing), the station’s music team was inundated with over 7,000 entries! All walks of life and all styles of music were represented, but of all those thousands of entries, one stood out as the winner, and now Oakland’s bluesy/rootsy musician Fantastic Negrito is on a fast track to stardom. “He just leapt off the screen,” NPR Music’s Bob Boilen wrote of the winner. “The raw and sheer power in his voice was unlike any other contestant we had.”

Fantastic Negrito is the musical project of Xavier Dphrepaulezz, who has a life story that sounds like it’s straight out of a docudrama. To sum it up: he’s been through a lot of shit. From multiple near-death encounters (one of which left him in a coma for weeks), to a million dollar record deal that led to his “creative death” and a “failed album,” to quitting music completely and selling all his gear, to getting married and having a son, which led to an outpouring of creativity and ultimately to starting Fantastic Negrito. “When you listen to Negrito, you’re invited to hear the story of life after destruction,” states his official bio. “Your dream can die. You probably will give up. But from there, you can start everything over.” 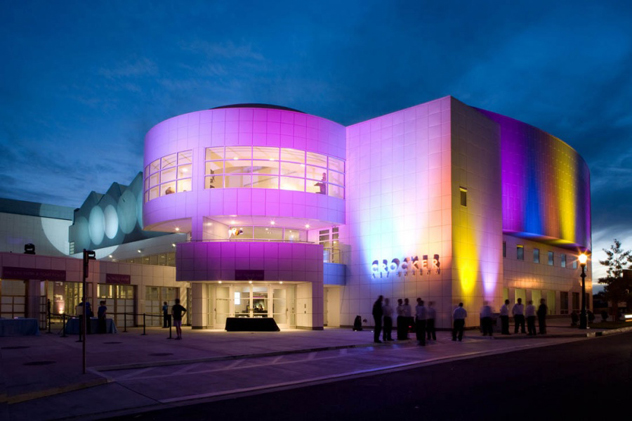 Since winning the Tiny Desk Concert Contest, Fantastic Negrito has been blowing up, performing a showcase at this year’s SXSW festival in Austin and releasing a self-titled EP that’s racing up the charts worldwide, all while receiving praising press from just about every major media outlet (Consequence of Sound, Wired, The Guardian, San Francisco Chronicle, The Irish Times, NBC, they all love Negrito!). He even landed on the cover of SF Weekly just a couple weeks ago. But despite all of the press and all of the hype, one thing is certain, Fantastic Negrito is the real deal. He’s been through the muck and the mud and now he’s finally on a platform to where he can share his art with the world. It’s “black roots music for everyone, blues with a punk attitude” and we, along with everyone else who hears it, are eating it up!

It’s rare to be able to catch a musician like this live in your own town when they’re on the verge of real greatness, but luckily for Sacramentans, we’ll get that chance when Fantastic Negrito plays Crocker Art Museum’s Neo-Crocker, a museum-wide, adults-only “modern culture party” taking place on Saturday, Oct. 10, 2015. This is the third Neo-Crocker party, and believe us when we say that the last two were legendary. From 8 p.m. to midnight, the museum will come alive with dueling DJs, plenty of dancing and live music (City of Trees Brass Band is also scheduled to perform), steamy burlesque from the Sizzling Sirens, an absinthe bar, bottles of bubbly and you! Advanced tickets start at just $40 for museum members or $55 for non-members. Visit Crockerartmuseum.org or call 916-808-1182 for more information. Get some culture! Get to Neo-Crocker! For more on Fantastic Negrito, visit Fantasticnegrito.com.