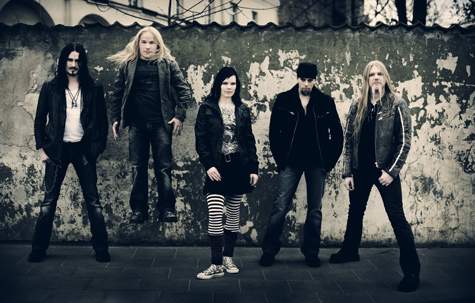 After a tempestuous few days in the U.S., Nightwish bassist and vocalist Marco Hietala was in Canada by the time Submerge was able to contact him. A poor connection while the group was in transit to Poughkeepsie, N.Y. and a missed appointment caused our interview to hover dangerously close to our deadline. The band couldn’t be blamed for the difficulty, however, as they were dealing with bigger problems.

The first two shows of their tour of the U.S. and Canada (Hartford, Conn. and Sayerville, N.J.) both had to be cancelled due to missing equipment. A cargo plane company in Mexico City, where Nightwish played two nights on May 1 and 2 at Vive Cuervo Salon, cancelled the flight carrying some of the band’s equipment. Everything was cleared up by the time Nightwish was set to play the Chance Theater in Poughkeepsie on May 7, but, again, the group encountered another bump in the road: their crew’s transportation broke down. Luckily, Nightwish’s bus was three hours back of their crew, and they were able to hitch the equipment trailer on to their bus and bring the crew on board (which explained our missed appointment). The performance at the Chance Theater went off without a hitch, (though it did start about 50 minutes late), which served as a big relief to Hietala.

“Now we finally got this thing started,” he says.

These touring woes are indicative of the ups and downs Nightwish has encountered over the past couple years. After recording a live CD/DVD (the prophetically titled End of an Era), the venerable Finnish symphonic power metal group parted ways with their iconic lead singer, Tarja Turunen—and the split was a messy one. Nevertheless, Nightwish—whose main songwriter and lyricist is keyboardist Tuomas Holopainen—moved forward. New frontwoman Anette Olzon was selected from a field of over 2000 singers looking to fill Turunen’s shoes.

Olzon, a 36-year-old Swedish rock singer, previously fronted the poppier hard rock group Alyson Avenue. Her joining Nightwish was announced in May 2007 and quickly thrust Olzon into the international spotlight. Singles for “Amaranth” and “Eva” were released during that spring and summer, and the first Nightwish album of the Olzon era—Dark Passion Play—was released in Europe at the end of Sept. 2007, and in the US in early October on Roadrunner Records.

Akin to Nightwish’s sound, Dark Passion Play is a grand affair. Clocking in at over 75 minutes long, the album features hundreds of musicians (including the London Philharmonic Orchestra), had its orchestral parts recorded at the legendary Abbey Road Studios in London and—at a cost of over 500,000 euros—is credited as the most expensive album in Finnish music history.

Given the pomp and circumstance surrounding her arrival, it seems as if Olzon’s tenure as Nightwish lead singer has been a sort of trial by fire. Not only did she have the pressure of becoming the new face of a well-established international act and carry the weight of such an anticipated (and costly) album, but Olzon’s first official show with the group also took place in a precarious setting. On Oct. 6, 2007, Olzon made her official Nightwish debut in Tel Aviv, Israel. Despite the political turmoil in the area, however, Hietala describes the experience of playing Tel Aviv as a lot more mellow than one may think.

“I don’t agree with racist politics against anyone in any country,” Heitala asserts. He goes on to say he doesn’t mind playing for metal fans in hotbeds of controversy because Nightwish is “playing for people on the streets,”and that the practices of a people’s government may not necessarily reflect their will.
Nightwish hasn’t taken much of a breather since. After not playing a single date in 2006, the band hit the road in epic fashion starting in October 2007. Hietala says that getting back on the road after such a long hiatus was both a relief and a shock to the system, especially since they had a new lead vocalist in tow. By the time Nightwish lands at the Boardwalk in Orangevale on May 22, the band will have already logged eight months of solid touring, with only a few weeks off here and there, and with not much of a break in sight. Hietala acknowledges that going for such a long stretch with their nascent frontwoman was a difficult challenge—both for Olzon and the band. Hietala says that it may have been too much for their new vocalist initially, but he believes that she’s beginning to get her legs under her.

With rougher patches seemingly behind them, Hietala seems ready to move on. However, the scars left from Nightwish’s split with Turunen are still healing.

Hietala admits that a couple songs on Dark Passion Play—”Bye Bye Beautiful” and “Master Passion Greed”—have lyrics that express the group’s feelings about the incident. Hietala, whose vocal presence on Dark Passion Play is more pronounced than on previous efforts, sings the latter of the two songs.

“Tuomas didn’t want someone who wasn’t involved to sing those parts,” Hietala says, who goes on to admit that most of the anger in “Master Passion Greed” is not so much directed at Turunen as it is her husband, Marcelo Cabuli (a businessman from Argentina) and “his business dealings.”

However, don’t expect to hear the song when the band plays the Boardwalk. Hietala says that Nightwish will probably never play it live.

“It’s just something I’d rather forget about,” he says. 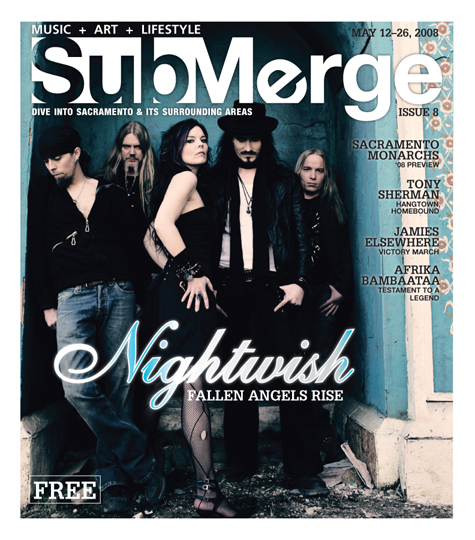