In 2009, Nine Inch Nails’ Trent Reznor tweeted a darling message to Chris Cornell of Soundgarden that read, “You know that feeling you get when someone embarrasses themselves so badly YOU feel uncomfortable? Heard Chris Cornell’s record? Jesus.” So five years later, it was a surprise to everyone when Cornell and Reznor announced a full-throttle tour in which they would be joined hand-in-hand in holy matrimony to re-live their ‘90s glory. On Aug. 27, I hit the dusty trail that leads to Sleep Train’s Wheatland amphitheater to see Nine Inch Nails and Soundgarden and witness said partnering.

First, let’s discuss what could have been. Originally, Sacramento’s favorite dysfunctional darlings Death Grips were set to open for this tour. As everyone knows, Death Grips suddenly broke up and removed themselves from the NIN/SG bill. It’s nothing new for Death Grips to simply do whatever they want, when they please (a bit bratty, but I suppose that’s part of their schtick?), but we still love them. 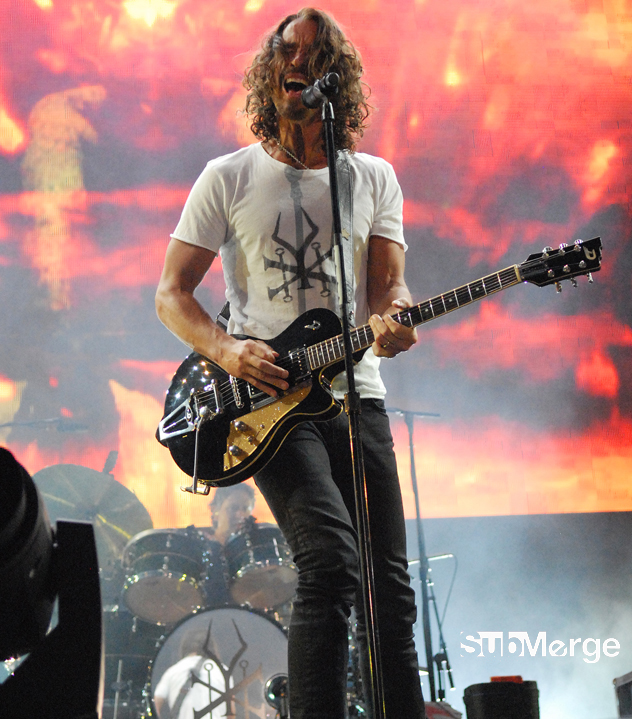 Cold Cave opened in lieu of Death Grips, and it seemed to be a much better fit, anyway. Cold Cave was more of a calm-and-cool, clean/electronic “goth” duo that suited the ‘90s-seasoned crowd. While watching the few people scattered in the audience bob their heads to keys and wails while awkwardly trying to dodge the plastic chairs that were atrociously placed in what should have been the pit, it was clear that Death Grips may have dodged a bullet. 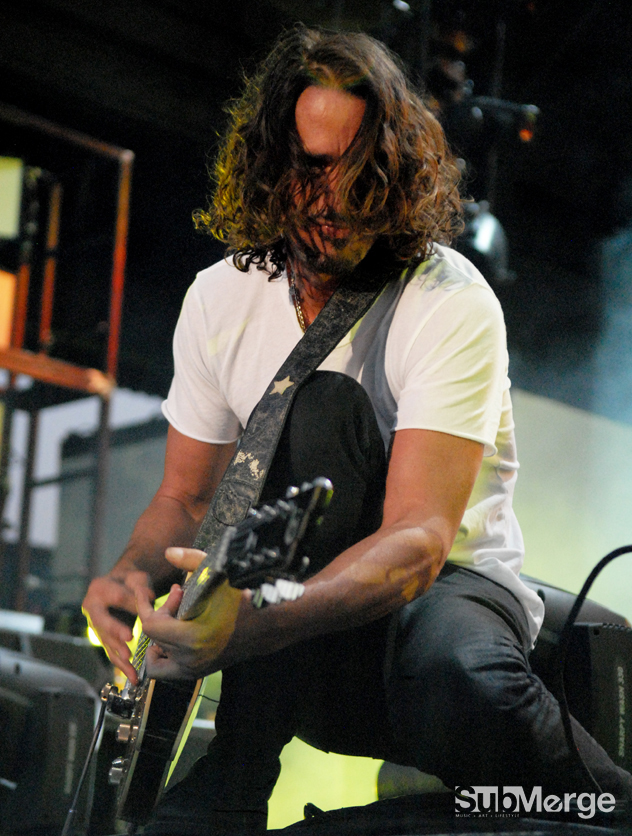 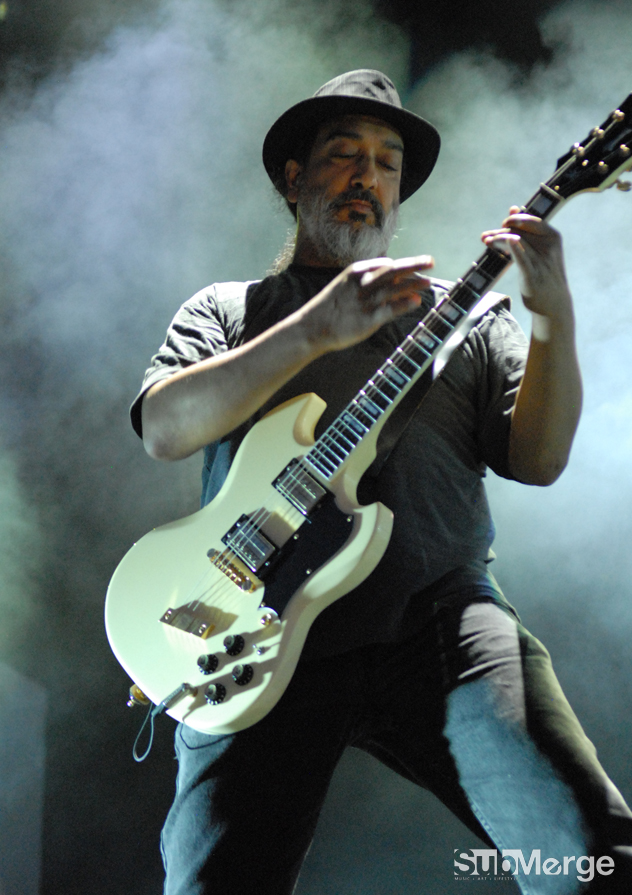 After the opening, Cornell approached the stage, getting right into Soundgarden tunes that span their 20-year legacy. After all these years, Cornell’s still got it. Soundgarden’s set started with “Searching With My Good Eye Closed” from 1991’s Badmotorfinger, and soon segued into “Black Hole Sun,” heralding the 20th year anniversary of the 1994 alternative staple Superunknown. The performance offered part classic grunge, part classic rock on steroids. 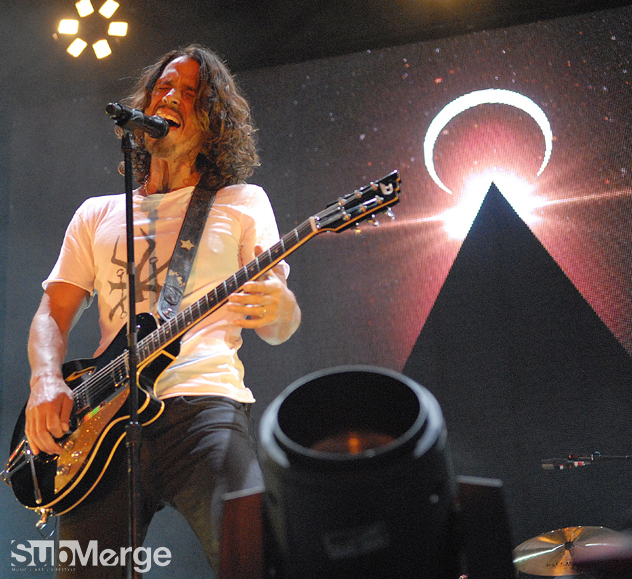 Lastly, Trent Reznor embraced the stage with his intriguing bottoms that were either a man skirt or a pair of extremely saggy-butted pants. No matter; he led his Nine Inch Nails through a perfect set of eclectic noise that shows why he has been an innovator in the music industry for decades. The set started with “A Copy of A,” a song from their newest album, Hesitation Marks. Then, without missing a beat, they delved into beloveds from The Downward Spiral. The naughty classic “Closer” made the air a little mistier with its blatant sexual demands, while Reznor’s silhouetted face bobbed in and out of a red screen as if he was the devil presenting himself. Following were the thrashers “March of the Pigs” and Broken’s “Wish,” in which drummer Ilan Rubin absolutely shined. 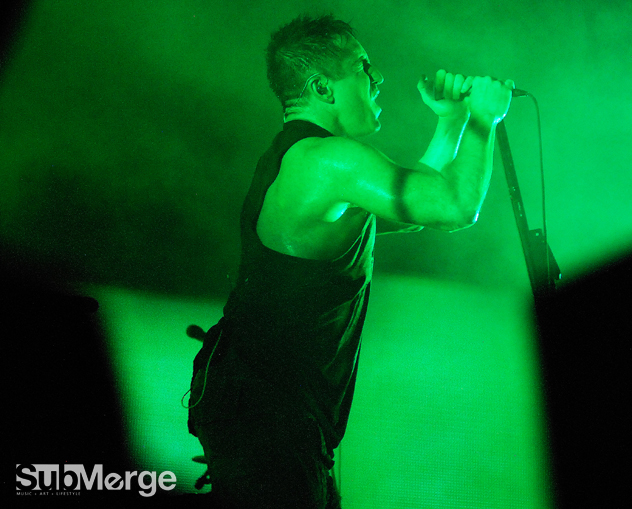 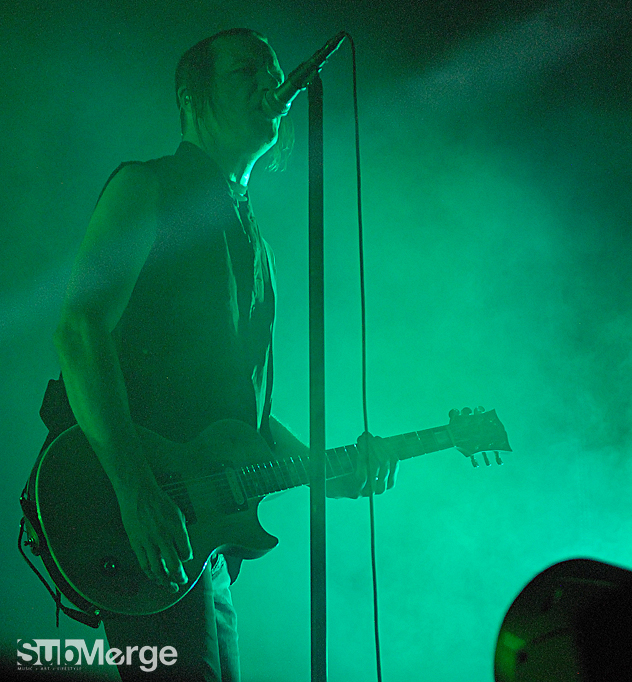 The set perfectly spanned the moody and complex music of Reznor’s career. The songs would go from a dizzying mess to a clearer layout that perfectly paired synths with masterfully played drums, snarling guitars and hints of piano that show Reznor’s background as a classically trained pianist. Nine Inch Nails always puts on an amazing show, and this was no different. The show was tight and clean and without flaws. So much so, that it made me almost wish for a bit of spontaneity. It was so well-practiced and laid out, its predictability left me wanting a hint of that ‘90s NIN that would punch each other in the face and cake mud on their bodies… then again, that was called drug use, and Reznor has since swapped that for lifting weights, clearly. 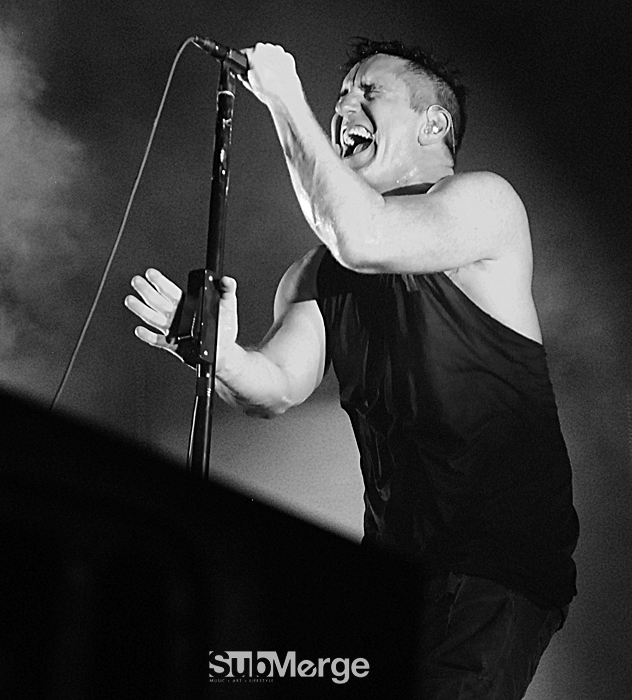