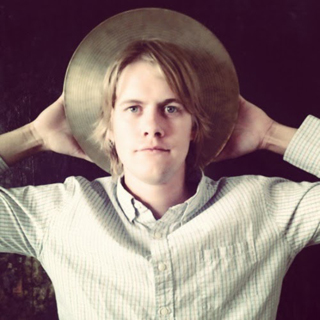 Sacramento songwriter/multi-instrumentalist Noah Clark is no stranger to the local scene. His old band Brilliant Red Lights was one of my absolute favorite regional groups in the mid-2000s (some of those early shows with Tera Melos were legendary!). He’s also worked with or performed alongside acts like Cake, !!! (Chk Chk Chk), Black Tibetans, DoomBird and many more. Clark’s newest project (which includes Scott Sanders, Brandon Dickinson, Timmy Picchi and Nick Von Kaenel), is a mellower, more mature-sounding rock/folk/pop outfit going by the name Noah Clark and the Homewrecking Crew, and they are about to release their Mama Rich EP on Oct. 1, 2014. It’s the group’s second short offering, as their Feel Free EP came out in July of this year (check it out on Spotify!). Compared to Clark’s past work in BRL, this new group is much less At-the-Drive-In and much more Wilco—that is to say, less prog-rock and more roots-y. We’re talking real quality stuff here, with excellent songwriting and top-notch musicianship from dudes who have cut their teeth gigging locally and touring DIY-style for years! Check out Facebook.com/noahclarkmusic for a link to their Soundcloud page, where you can listen to the slow, dreamy track “Simple Life,” which will appear on the upcoming EP. Catch Noah Clark and the Homewrecking Crew live on Saturday, Oct. 4, 2014, at the Hoes Down Harvest Festival, which takes place at Full Belly Farm in Guinda, Calif. (Yolo County). Clark and the boys take the stage at 2 p.m. and you can also expect performances from groups like Paige Anderson & The Fearless Kin (an amazing young Americana band from Grass Valley made up of four siblings), Mamajowali, Hot Buttered Rum and many other folk/rock/world acts. Visit Hoesdown.org for ticketing info, directions, a full line-up and more.