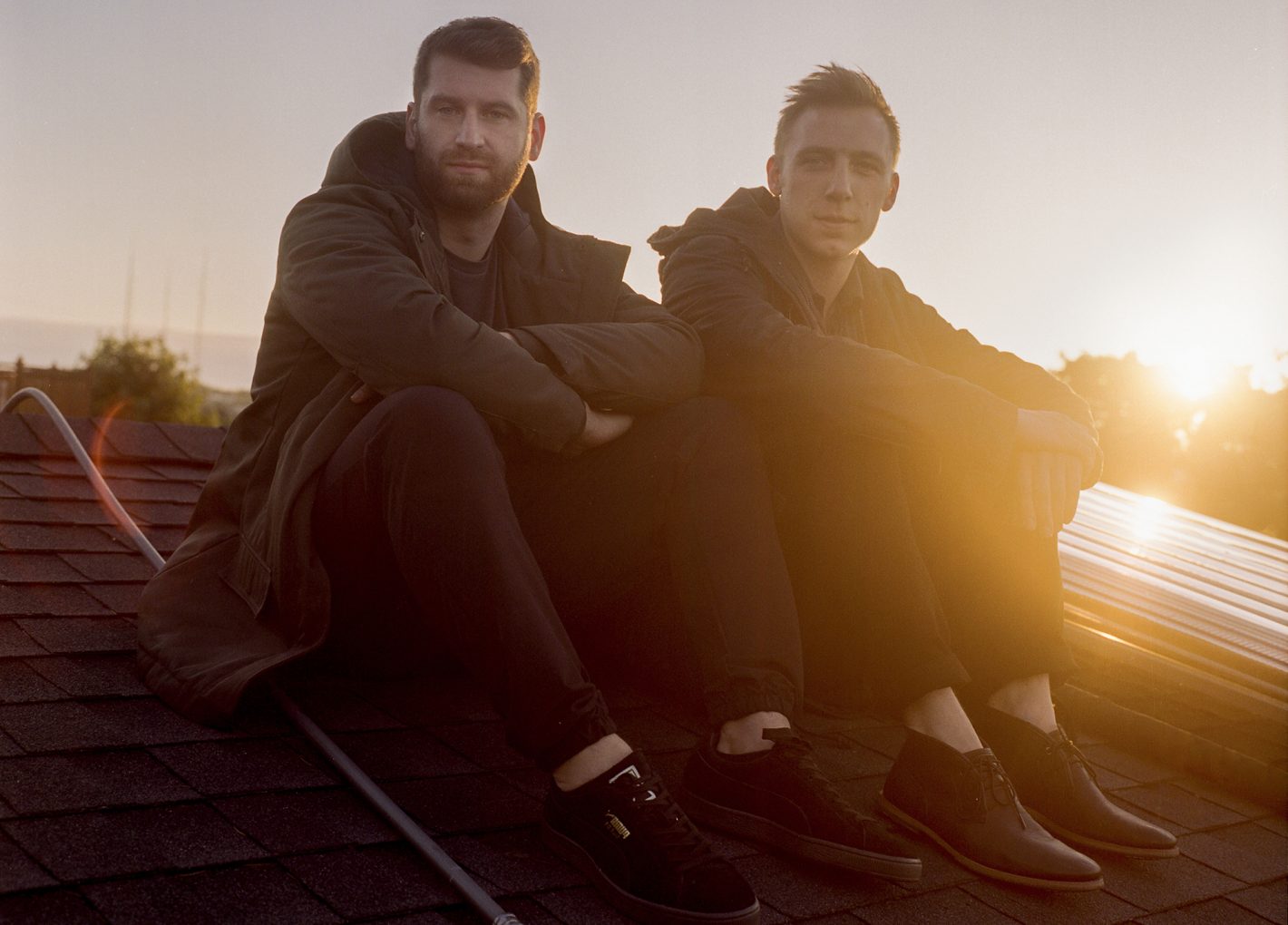 Odesza has been headlining festivals, selling out arenas and topping the electronic charts for months and it’s easy to see why. Their shows are roiling waves of glittering twenty-somethings, smiling, bouncing and grooving in multilayered seas of synth ecstasy. Slap a pair of headphones on and you begin to feel the scope of the music, the infinite slow building area of sound that stops somewhere on the moon. These are the soundtracks to smoke filled late-party chill-outs, red-eyed flights and nighttime pool lounging.

With the incorporation of a full brass band to their live sets, Odesza manages to feel like someone packed New Orleans into an underground warehouse party—just the right mix of close intimacy and blown out confetti celebration. It’s easy to see how the music became popular; it’s simply jarring to trace the explosion all the way back to two fresh-faced boys out of college trying to make music before they were forced to get “real jobs.”

Speaking with Harrison Mills by telephone while he’s walking around under a bridge in London, it’s refreshing to hear his rationale on music making. Mills is intent on smashing together influences that range from trap and hip-hop all the way to Bossa Nova, in order to sneak these deeper genres into tasty jams for the more casual listener. And it’s clear that the band isn’t interested in pursuing clubby bangers, they’re searching for the deeper, larger sound that transports the listener. Odesza’s latest album, A Moment Apart, released in September 2017, opens with a woman speaking about a Russian cosmonaut peering out of the view hole of a spaceship looking at the curvature of the Earth with a small knocking rhythm as his only company. The knocking builds into the first track and by the second, “Higher Ground,” the listener is already there in the space ship. Naomi Wild’s achingly sweet voice strikes the perfect balance between a lonely longing for home and a feeling of already being there with trailing fingers, wrapped in soft sheets.

You see it in the faces of the revelers moving to the rhythm cascading through the speakers, eyes closed, lips moving to the words, millions of miles outside of their bodies on songs like the swaggering “Late Night,” or their international smash “Say My Name.” Blending the deep waves of synth, into the throbbing, pulsating bass lines creates a tightrope walk for the audience and they’re either swaying with their eyes closed or shuffling in time with their hands up. It’s a delicate balance to create and Submerge spoke with Mills about the process of crafting it while shuttered in during the dark Seattle winter. 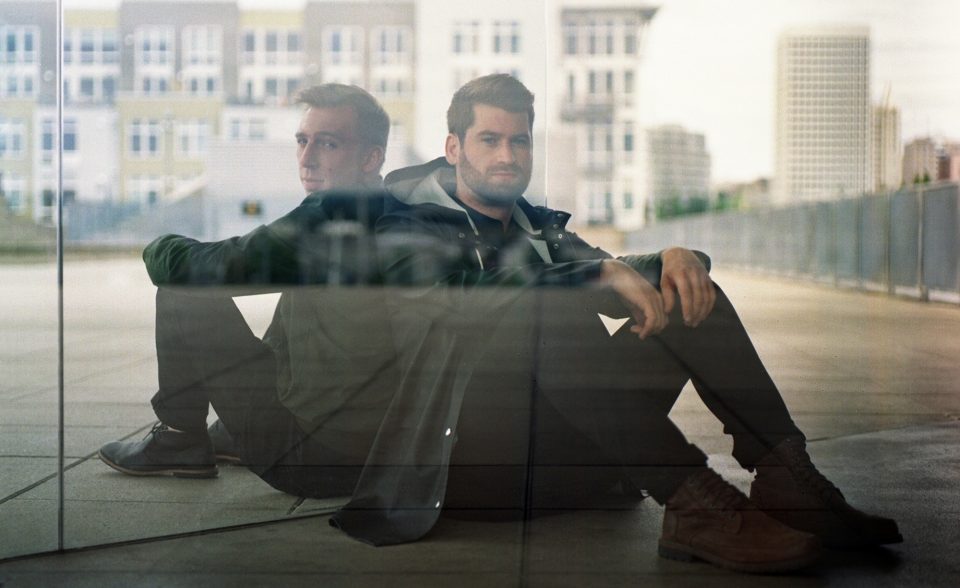 Can you speak a little bit about the formation of the project and how it has changed since then?
I mean, we were just two kids in a basement right out of college making music before we had to get real jobs. So I’m not sure if there was a real goal in mind. I think we were inspired by a bunch of different kinds of music, and we were trying to find a way to use production as a way to genre blend. We wanted to make headphone music that still translated to the dance floor and still play out live.

Is that still the goal?
Well, when we make our live show we treat it as a totally different medium. We make a lot of new versions of our songs, so in some ways we’ve built things more for the medium that they’re presented in. So our albums have become more intimate and in our live shows have become bigger and more epic I guess?

How’d you set about making your live show bigger?
I mean we have a drum line that comes out; we have horns. I have a guitarist that sometimes plays bass for songs. Me and Clay are doing drumming, triggering stuff. We try to treat it as a really theatrical piece, try to make it more fun. We try to jump through a lot of musical styles throughout, so there’s a dance section, a heavy section, an intimate section; we try to make it really feel like a show. We’ve spent a lot of time building it that way. It’s just something we’ve always loved so we try to incorporate a lot of things in our live show and our albums in that way.

Because your music feels so cinematic what kind of movie would you want to score?
I’m a big fan of science fiction, so like Blade Runner maybe. That soundtrack is amazing. But I love a lot of different artists who’ve done scores before. I’d be up for anything; I think I’d jump at the opportunity to do it.

Can you talk about how you guys came to the sound of Odesza? How would you define it?
That’s kind of a tough question. We do a lot of different styles of music, I mean from something like “Bloom” to something like the Regina Spektor song [“Just a Memory”] are just so different. One is very personal and almost minimal, and the other is big and has horns with a trap influence. So it’s tough to define exactly what we do … I think we build in a lot of different sounds. I think there’s a bit of a hip-hop influence that doesn’t get recognized as often. I grew up on really loving hip-hop production, that’s where I started. Loving electronic music, and just trying to trick people into hearing a bunch of different genres and wanting to make it feel cohesive, that’s always a fun project.

So you’d say the hip-hop element is the thing that pulls it together?
There’s that and there’s this youthful element of euphoria that we’re always grasping at. It has a driving background from the hip-hop production and more focus on the drums from kinda the hip-hop world. But then again in the new album, there’s a lot of Brazilian influence and Bossa Nova, and all these other percussion elements. And there’s all these little elements that trickle into each song.

What’s your songwriting process like and was it different from your new record?
I think in a lot of ways we’ve grown a lot as artists and as people. We’d been on the road for three and a half years touring our first and second albums. And so we had stopped touring and it was the first time being home and actually having silence for a moment. And I think it gave us a moment of reflection and perspective through it all, and I think the growth and maturity from that has added depth to the new album.

Would you say recording this in Washington has shaped the record in some way?
I think coming back to our roots, in the harsh winter, it really bred creativity. Then again, when you’re shut in for so long you can kinda lose your mind. We just had a lot of time to reflect on the album we really wanted to make. So that’s what it ended up being.

Would you say that ended up making your album a little bit darker?
I think our previous work had so many positive overtones because we had longed for summer and hadn’t gotten it very often. So that light and sunshine was the inspiration for what we were doing. But for this album, this was the first time we tried to make a full spectrum and sound … We had never delved into the darker and more melancholic kind of sounds we liked. We were just touching these things we had always enjoyed in music. And with darker, people sometimes interpret that as sad, but I think there’s a beauty in melancholic melodies and this was the first time we really embraced it.

Can you talk a little bit about the collaboration on the new album?
Well this is the first time we were the most involved in every piece of the process instead of writing it over email. We would go to a lot of studios, and we’d sit down with a lot of singers and they wrote it either with us or next to us. It felt more collaborative in that way.

What would you bring into the studios?
We’d come in with really simple ideas, maybe like a loop that maybe had a chord change into a chorus style beat. But we really wanted whatever they chose was something that really resonated with them. Because everyone we worked with, we believed in their voice, their lyricism, the things they do well. Sometimes studios really feel like doctor’s offices and they don’t really breed creativity in a lot of ways. So we wanted to make something really laid back and have them choose something that they were drawn to. We’d start small with something small and then build all the pieces. Then we’d take it home and work it through from scratch with the vocals we had recorded.

What would you say is the best way to experience your music out of the live setting?
The albums I’ve really loved are sometimes like background music to the things I’m doing. Like, I’d put an album on before I’d taken off in a plane and I would listen to the whole thing from start to finish and then I’d want to hear it again. I think it’s an intimate album and should be heard with headphones. Maybe when you’re doing something where you can get lost in it. Personally I would say, taking off in a plane with headphones on, but it’s subjective. People should experience it in their own way, whatever makes sense for them.

See Odesza live when they play Papa Murphy’s Park at Cal Expo in Sacramento on Oct. 31, 2017, (aka Halloween). Also performing will be Illenium, SOFI TUKKER and Kasbo. Tickets can be purchased at Odesza.com/shows. This is an 18-and-over concert.