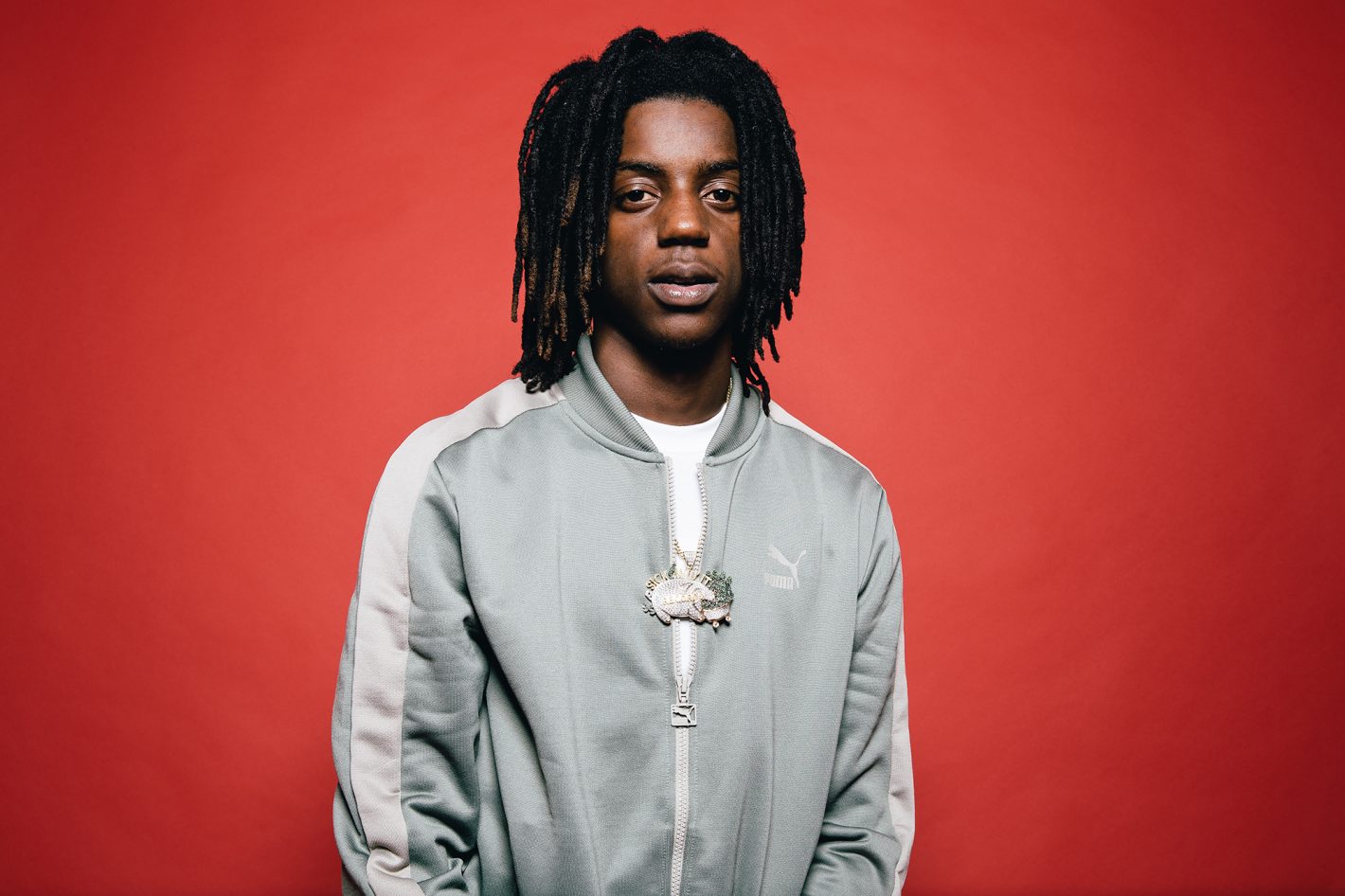 “When you down they criticize ya,
when you up they wanna ride
I’m just tryna keep it moving,
been stuck so many times”
– “Love you Back,” Humble Beginnings

OMB Peezy moved from Mobile, Alabama, to Sacramento at the age of 12. At 20, he is already being dubbed by The FADER as “the future of rap.”

OMB Peezy (OMB stands for “only my brothers”) built a name for himself early in his young career as a masterful freestyler, attaining exposure to a large audience via YouTube. When Peezy posted his video for the track “Lay Down,” he drew the attention of Bay Area rapper Nef the Pharaoh.

Through Nef, he was able to grab the attention of veteran artist E-40, which led to Peezy signing to E-40’s label Sick Wid It in February. E-40 then connected Peezy with 300 Entertainment (home of Young Thug, Hopsin and Fetty Wap). On Oct. 11, 2017, OMB Peezy celebrated his first release, a six-track EP titled Humble Beginnings.

“Humble Beginnings, you know, basically starting my career,” said Peezy in an interview with Submerge. “I’m letting everybody know I was always hood in the beginning, because in the beginning you got to be humble.”

For the new album, Sick Wid It/300 enlisted producer extraordinaire Cardo Got Wings, who has worked with some of the biggest names in the industry, including Wiz Khalifa, Kendrick Lamar and Drake. Though the two never worked together in person, Peezy loved the chemistry between his words and Cardo’s beats, and was more than happy with the end result.

“It was easy working with Cardo,” said Peezy. “It’s not that easy working with a lot of producers. And him, we was getting a lot of work done. It’s crazy, because me and Cardo never met personally in real life, if I’m not mistaken. But we came up with some raw ass work that’s about to go down in the history books … shout out Cardo Got Wings, that’s my dog.”

Peezy feels strongly that the message he was trying to craft was executed exactly as he intended, and he should be. [Humble Beginnings] represents the rapper’s style well, and does a good job conveying his message. In “Talk My Shit,” Peezy beams with pride on his recent accomplishments while reflecting on where he’s come from; in “Doin’ Bad” Peezy talks about recognizing that fame and money aren’t going to solve all his problems. As for the sound, from the first track to the last, there is a cohesive plan, and it’s well executed. For Peezy, getting things right on his first impression to the greater public was of the utmost importance.

“I was completely satisfied with how the tapes came out,” said Peezy. “You know, all of the things I expect to tell in my story, you know what I’m sayin’? And he gave me the perfect beat to tell my story. The tracks, as far as “[Doin’] Bad,” “[Block] Up,” “[Love You] Back,” “Go Down,” shit like that … I feel like he came with the perfect sound.” 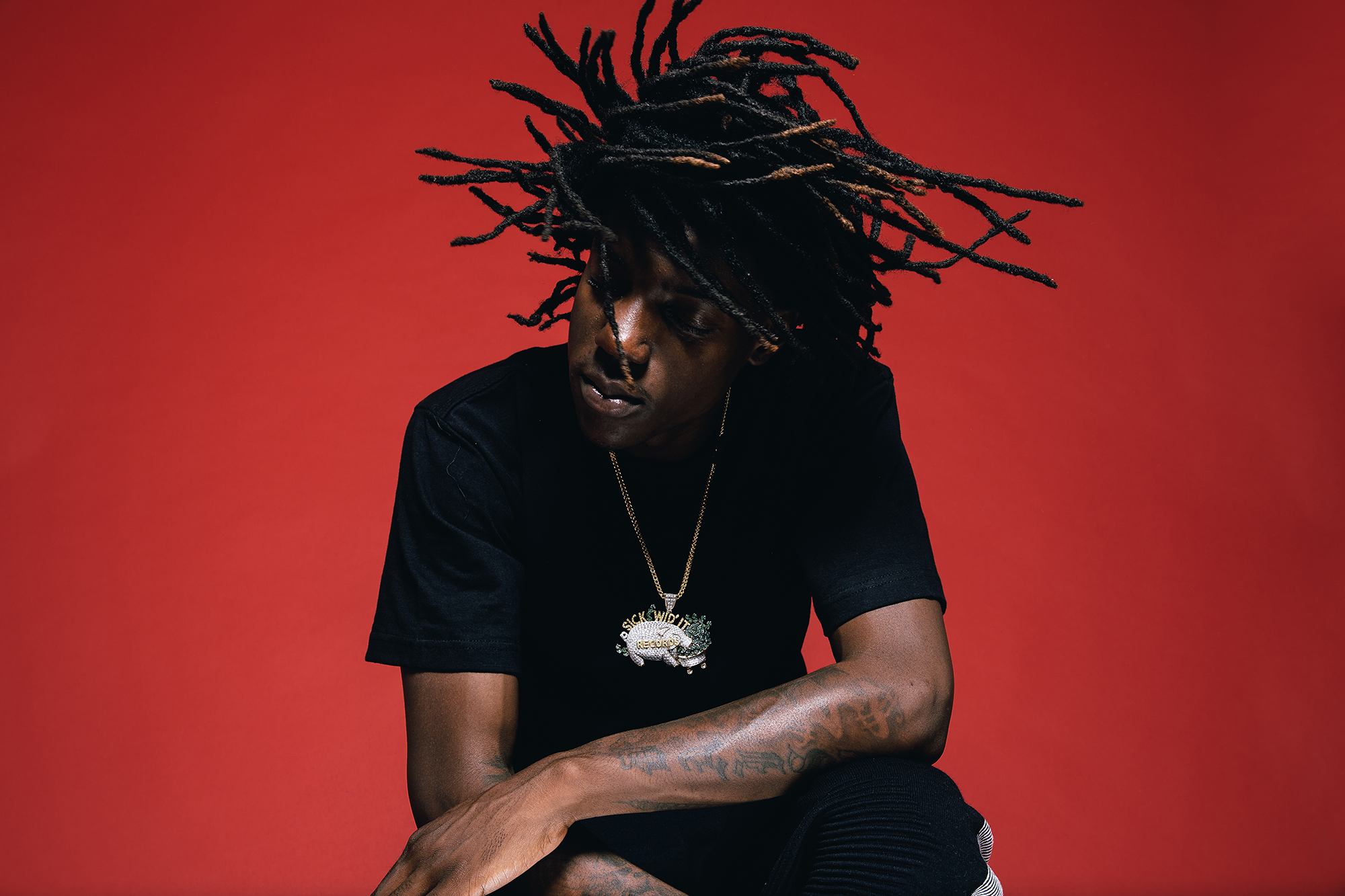 While Peezy has been perfecting the art of writing and freestyling, one of the aspects of his newly propelling career is the area of live performance. While Peezy had performed often for friends, and even worked in the studio, it has only been a short time since he first stepped foot on stage, and the experience was eye opening.

“I actually started performing like 11 months ago,” said Peezy. “I started writing when I was like 8. Then I recorded my first song when I was 12. [My first live performance] I was nervous as fuck. Nef the Pharaoh had brought me out on his birthday in Sacramento, that was my first performance. I was nervous as a motherfucker. I wasn’t even rappin’ fully in the mic. I ain’t even know how to perform.”

In the past 11 months, Peezy is still nervous before a show on occasion, though the experience is definitely making the process more familiar, and that familiarity is breeding a certain level of self-confidence. “I be nervous, be gettin’ butterflies before the shows,” said Peezy, “but soon as I walk on stage and I hear them screamin’ for me … I can have the baddest stomach ache on earth, as soon as I walk on stage and they scream my name, all that shit just be in my past.”

A key factor in the young rapper’s rise to recognition has been some of the veterans Peezy has helping spread the word. It’s these same assets that will help Peezy make his recent rise sustainable, by passing on the valuable knowledge they’ve built through years in the industry. E-40 is a prime example of the heavy hitters Peezy has in his corner, and while E-40 hasn’t changed anything about the music Peezy puts out there, his influence is undeniable.

“E-40 hasn’t influenced me on my music style or nothing,” said Peezy, “but he motivated me and gave me good words of encouragement and life advice. He’s influenced my career. My style is myself.”

While Peezy still reps Alabama, he has spent a good chunk of his formative years in California. However, before Peezy headed out to the West Coast, he was a bit skeptical about his new place of residence.

Still, whether Peezy identifies as Alabamian or Californian, he has much love for the state and city he calls home.

“I love Sacramento,” said Peezy. “Sacramento showin’ me pride and love. I love California. I love all of it.”