Out of all the old soul records that I used to dig deep into crates for back in my early college years, Canadian soul singer Melody Stewart had one that I’ve always kept in mind. It’s the second B-side track on her 1980 album Action Satisfaction, a song called “I Must Say Goodbye.”

It’s a fantastic cut that I recommend readers go listen to whenever possible, but that’s really beside the point. More importantly, Stewart had put me on to other great Canadian soul music that I never would have known existed if I hadn’t stumbled onto that glorious gem all those years ago. The bottom line: Canada had soul, baby. Plenty of it, too. And, to my delight, I was glad to discover that after 35 years, it’s still got some flowing today, perhaps most notably through Vancouver DJ and producer Pat Lok.

Lok is just the latest proof that traditional soul music is now ubiquitous, having transcended its original genre and now occupying an array of different styles for all listeners to enjoy, including EDM. He has grown to become a household name in both Canada and across the globe in the international house music scene. After catching a couple major breaks in 2012—his Cashmere Cat remix was used to open Washington State’s Sasquatch! Music Festival and he was the winner of DFA’s remix competition for his spin on The Rapture’s “How Deep is Your Love,” alongside producer and fellow DJ Cyclist—Lok has been slowly building his self-described Yukon Soul brand of groovy remixes and dance-friendly, deep house originals.

So far this year, Lok has released yet another one of his original tracks—only the seventh over the course of three years—called “All in My Head,” featuring vocalist Desirée Dawson, as well as a handful of new remixes for popular songs like Boxed In’s “Mystery,” Anthony and Cleopatra’s “Take Me” and the Knocks’ “Classic.”

Submerge was recently able to catch Lok over Skype to talk about his distinct style of soul house music, his recent touring schedule (including his upcoming visit to Sacramento’s THIS Midtown block party in September) and how he tries to stay in touch with his local Vancouver scene. 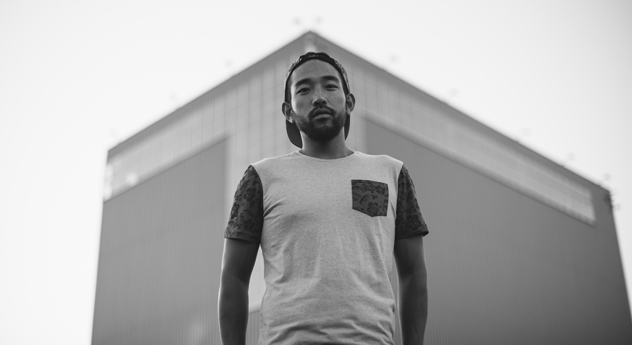 I was listening to your stuff and it definitely has that traditional house sound to it. But it also has a lot of soul and funk undertones to it, too. Where do those influences come from?
Hopefully if someone likes house music, they’ll get down with my stuff. Because I love all that classic house, just from the origins. And I love nerding out on all the history and all that stuff, which really came from disco and which came from soul before that. So yeah, I guess I’d say I make dance music that has a lot of classic house influences and a lot of R&B soul samples. And if not samples, then just similar structures and chords and things like that. I grew up listening to the Fugees. And I got into sort of backpack hip-hop—like Primo and Tribe and De La Soul and all that stuff. So learning about all those samples and then finding out that they were using house music as well was sort of an easy jump. I think I like a lot of those influences, and hopefully they come through in my music. But then at the same time, I never set out to make sort of just super retro stuff. There’s a lot of great music coming out right now, so I’m constantly finding new music.

Do you see yourself putting out more originals regularly over time? Or do you plan to keep the same pace you have going now, where your original works are spread out and dropped every so often in between remixes?
Well, I’ve actually got a few originals that I’m really excited to share with everyone right now starting this fall, really—like over the next month or so. So yeah, I’ve been working on that, focusing on that a lot more this year, and working with different vocalists and collaborations with artists. And that’s also been a really interesting process, because not everyone works in the same way, or sometimes people aren’t in the same city or something. So I’ve got my eye more towards that. Not that I’m going to stop doing remixes or anything. But yeah, hopefully you’ll definitely expect to see more original stuff from me.

OK, so here’s a random geographical question. Since you’re from Vancouver, and since that city is so close to Seattle and Washington State, do you ever feel more ties to the States than you do Canada?
I wouldn’t quite go that far … But one thing that I would say ties into this a little bit is this West Coast thing. People will say, “Oh, you don’t sound Canadian.” But I think it’s a fairly neutral accent for most Canadians, until you get into the interior. But more than anything, it’s like a vibe. People [on the West Coast] are pretty friendly. I don’t know if it’s the warm weather or what, but a lot of the producers I identify with are from the West Coast. So there might be something there. I mean, maybe more so than feeling American. Maybe it’s a West Coast solidarity.

So 2015’s been pretty busy for you. You’ve put out a handful of new remixes as well as an original called “All In My Head.” And I guess you’re touring now, too, right?
Yeah, I just got back. I played in San Francisco and D.C. S.F. was sold out and Washington D.C. was my second time playing there. And yeah, I also did L.A. So it’s been a good summer.

Obviously you’ve been touring internationally this year. Where else have you been going besides Canada and the States?
I’ve done a bunch of gigs in Mexico. Mexico’s interesting because they do have different markets there. They have their own sort of “what’s hot” in dance music, so it’s always interesting to see. I also played in Colombia last year. I think twice I was in Bogota and Medellin. And that was a lot of fun, and super eye-opening.

How are the international crowds different than what you might come across in Canada or the States?
Well, it’s definitely—not less predictable—but I definitely do have to think about [my set] a little bit more or consider where I might be playing … Even mixing styles. Like in South America, I think DJs maybe play tracks for six, seven, eight minutes. And in North America, it’s like boom boom boom boom boom boom. That’s just been the style over the last decade or more. So once you remember that or recognize that, you’re like, “Okay. I can’t just come in and play ten tracks in 20 minutes. I’m just going to lose everyone, it’ll be weird.” They don’t even use the air horn button as much down there. But yeah, the tempo’s different. And maybe it’s because the party culture is different, obviously, in different countries. Like in [Barcelona’s] Razzmatazz, I played 4 p.m. to 6 p.m. And in Bogota, the club closed at 7 a.m. So they know they’re going to get there. There’s no rush.

So I know your show here at THIS Midtown is coming in about a month. What are you looking forward to at that event?
I know that Sacramento has a lot of sort of dance acts that go through, or at least for that block party I’ve heard some good things. I was playing with a Parisian artist named Cherokee, and he had played it earlier this summer. I don’t actually know too much, other than it’s a block party, which sounds really cool. And it seems like it’s pretty regular throughout the summer. Is that correct?

Yup. Starts in July and goes all the way through September on every second Saturday.
Yeah, that sounds rad. I mean, I just did this block party up here in Vancouver. So that sounds like a perfect kind of setting to have a really diverse crowd. But yeah, I’m really looking forward to it. I haven’t spent a lot of time there—I think I went to Sacramento when I was little. And I haven’t really been back. But again, it might be that West Coast thing. So I have an idea of what people might be into, and I guess we’ll see if my assumptions check out.

I know you’ve kind of started your own monthly block party there recently called White Noise Vancouver. Sounds like a real local musical get-together type of thing. And Sacramento actually has a real strong local connection here too. We’re all about it, actually. So can you talk about what supporting your local scene means to you personally?
I think it just goes back to community. And when you have a lot of creatives — it doesn’t matter if you’re a producer, a vocalist or a musician or just people that are sort of trying to express their voice through their creative talents—I think it’s easy to find an affinity with each other because it’s taking of a lot of risks. If you’re just trying to bite whatever’s hot or follow trends, that’ll become quite evident to everyone else really quickly. So it’s interesting that you ask about that. Because there are new producers popping up on my radar, whether on Soundcloud or just locally, all the time. It’ll be like, “Oh, this is some kid in high school here.” And it’s like, “Well, that’s awesome that that’s happening right now.” And the fact that we can sort of find out about that and help support that is pretty important. Because, I mean, it hasn’t always been as open. You go back to like ‘80s and ‘90s and in a classic studio, you needed to have all these tens of thousands of dollars for equipment and studio time and all that other stuff. Whereas now, you can literally just have some wiz in his room. I mean, these are some of my friends. They just sit in front of their laptop up to 12 hours and they’re like, “OK, here’s the finished product.” And you’re like, “Wow. This is incredible.” So who wouldn’t want to support that?

Pat Lok will close out this year’s THIS Midtown series on Sept. 12, 2015, along with Colour Vision, Joseph in the Well and CrookOne. This is a free show that will take place on 20th Street between J and K streets in Sacramento. Start time is 4 p.m. For more info, go to Facebook.com/thismidtown. 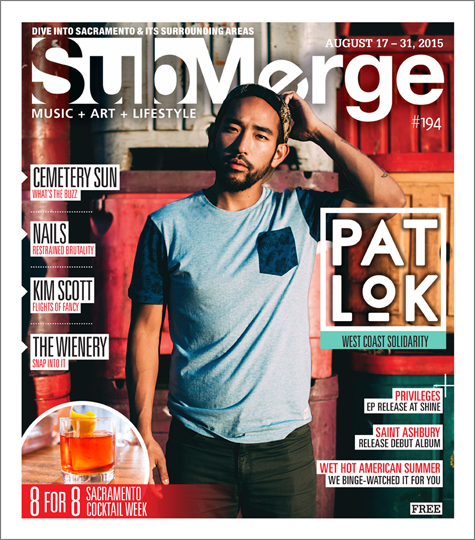