Come Together • Activist/Rapper/Poet Paul Willis Mixes it Up 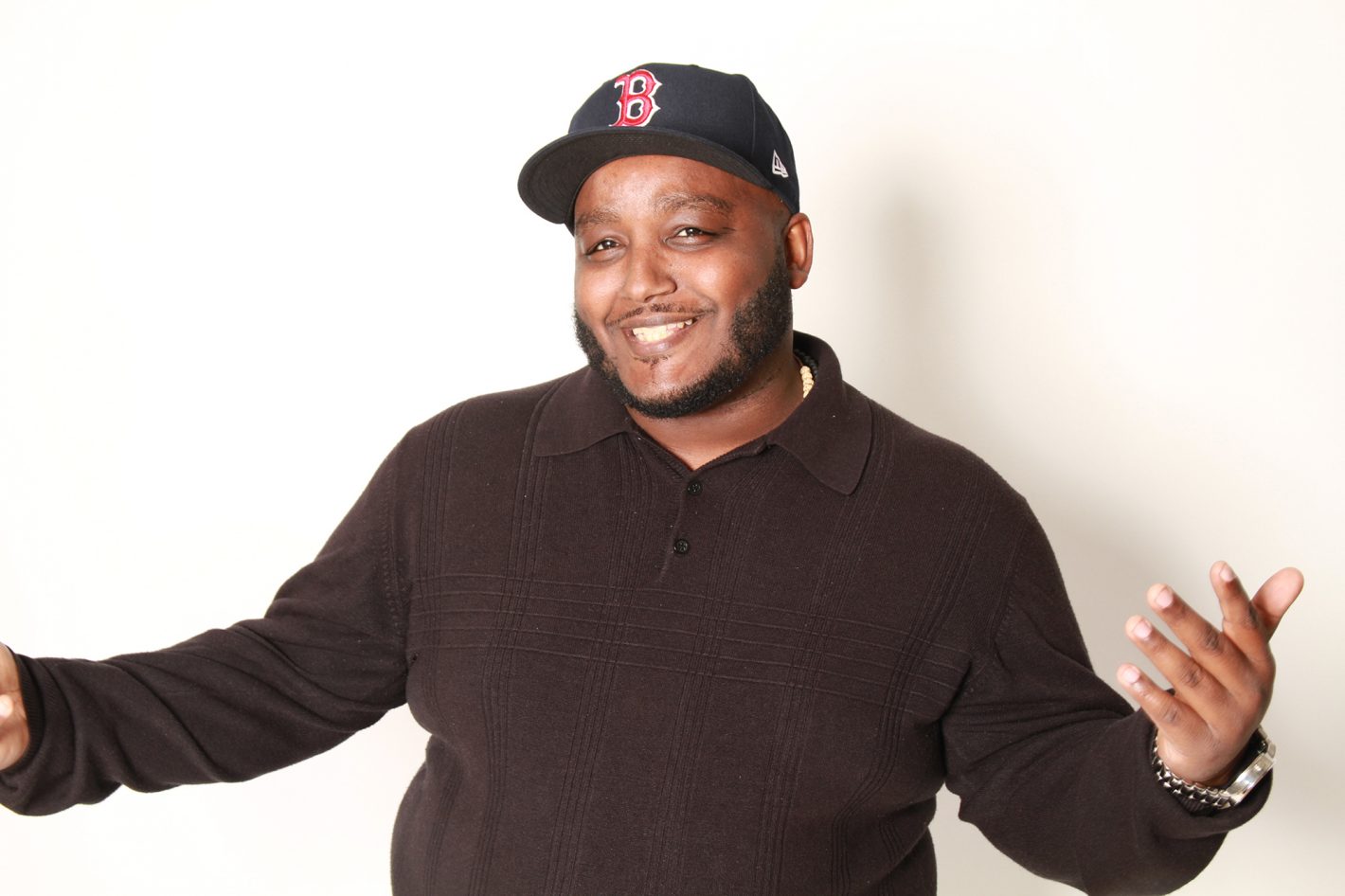 Local rapper/poet, educator and social activist Paul Willis isn’t from Sacramento, but you wouldn’t know it from the way he talks about the city he calls home.

“Dec. 1, 2011 is my Cali-versary,” Willis said when asked when he first came to the City of Trees. The answer came fast—he obviously had the date memorized.

Originally from Boston, Willis grew up in a low-income neighborhood, and after graduating from the College of the Holy Cross, he joined up with City Year, an AmeriCorps member organization that places teams of volunteers in classrooms to assist overtaxed teachers. When City Year decided to open up a new program in Sacramento, Willis jumped at the chance to sign on. Many Sacramentans I’ve spoken to are surprised to learn that we have a program here, considering City Year’s association with large, inner-city populations. In fact, one-third of Sacramento students attending public schools will drop out, and two-thirds of our third grader’s aren’t at baseline reading levels.

“Boston has a strong history. It’s a government town and it cares a lot about education,” Willis said. “Sacramento values those things, too, but there’s just not enough money in education. But folks still want to support their communities and see them come up.”

Willis sees the work he does in the community as inseparable from the art he makes, as is apparent on his latest project, The Broken Complex Mixtape, released Jan. 8. Willis won the album’s instrumentals by placing third in a “State of the Union” rap contest held by Los Angeles-based record label/beat-factory Broken Complex, for which the album is named. Accordingly, much of the album is produced by CEO and production heavyweight DJ Hoppa, as well as label-fav Silly Kid. As a result, the mixtape features some of the highest level production on any of Willis’ releases to date.

The first (non-interview) track “W.hat’s A.fter R.evolution” opens with the hook “There’s a war going on outside, no man is safe,”—a message that Willis carries throughout the album. The second track, “Broadway and 33rd,” is named for the intersection right at the tip of Oak Park’s rapidly developing (or gentrifying) Triangle District and is both a love letter to and an indictment of our growing city. In one verse he says, “Broadway and 33rd got the rest of Sacramento hanging on every word,” but just a moment later, Willis admits, “we know the Capital can be bittersweet. Check the dichotomy: the richest next to the broke.”

“Neighborhoods like Seavey Circle and New Helvetia are often overlooked,” Willis said. “You hear a lot about Oak Park, Florin and Meadowview, and it’s not necessarily good things. But I think there’s beauty in that struggle. Just hearing the stories of how folks reach out for resources, and they can’t because there are just not a ton of connections. That’s where my art kinda serves as a voice. I can share the experiences I had growing up, but it’s even more powerful when I share the experiences of my students and the community I serve.”

Willis’ style is firmly rooted in the Golden Age tradition, which is immediately apparent in his flow, his instrumentals and his lyrics. As he says himself on the mixtape, “I carry the tradition of Jazzmatazz, Mecca and the Soul Brother.” Yet Willis is careful not to let himself get boxed in by tradition. It’s true that many of his bars are over looped soul and jazz instrumentals with that classic boom-bap rhythm in the background, but a relentless criticism of the here-and-now keeps Willis’ sound fresh.

“What the youth are doing now is nothing we could have ever dreamed,” Willis said. “I’m finding my place where I’m not as old as the old heads, but not as young as all the young folks. I have a mature hip-hop sound—I’m the cool uncle, not the grandad.”

Willis’ first foray into the Sacramento rap scene was the 2014 collaborative project Coast2Coast, a partnership with Boston-based poet and beatmaker Lewis M. Because of his recent move, Willis was unsure whether he could make it back to Boston to do the project there. As a result, he chose to focus not on his hometown, but on Sacramento’s own spoken-word and rap scene. The result is a cross-section of who Willis thought was “the best of the best” of Sacramento, with local artists like JustKristofer and Luke Tailor making appearances on the album.

Willis’ energetic Sactown debut is a testament to his enthusiasm for the city’s artistic community as a whole. In addition to his educational organizing, Willis also serves on the board at local art-and-activist space the Sol Collective, and organizes pop-up shows in the city through the London-based concert startup Sofar Sounds. He rattled off some local favorites, which range from folk group the Cloud Hats, to multi-instrumentalist Philharmonik, to the Hayes Band, a soul and funk ensemble that Willis often collaborates with.

In many ways, Willis takes the Sacramento art scene as a model for organizing. Specifically, he talked about the tendency of the city’s artists to come together across genres. As he said it, “No matter what your genre is, you go to each other’s shows.” More than that, though, from his rap and poetry workshops at Leataata Floyd to his lyrical studies of artists like Mos Def and Talib Kweli, Willis believes that poetry and music have the power to motivate youth for social change.

“They say, ‘These kids are thugs, they’re animals,’” Willis said, speaking on the media response to brawls at Arden Fair Mall on Dec. 27, 2018. “Like, that’s how we talk about our kids, as if they’re not a representation of us? We gotta think, how do we get these kids involved in other things. It would be amazing if artists tagged them as an audience, instead of playing at a coffee shop, or another show at Holy Diver or Harlow’s.”

Literature has always played a large part in Willis’ life. In the song “Waves” off of the new mixtape, he chronicles a near-drowning in a wave pool and says, “I’ve been a writer for almost as long as the year since I’ve been in water like that.” Whether it was watching Def Poetry Jam with his older brother who wrote and sold love poems to friends at school, or infusing tracks with the wisdom of James Baldwin and bell hooks, writing and reading is one way in which Willis manages to tread water in a divided world.

“In high school, I learned that nobody can tell your story like you,” explained Willis. “My teacher had us memorize Shakespearean sonnets for credit, and he couldn’t understand how I could memorize raps on raps, but not that. I told him I don’t speak Shakespeare’s language, and he doesn’t speak mine—the whole cadence and rhythm, it wasn’t my experience.”

Looking to the future, Willis hopes to release five albums in 2019, many of which are already done—a highly productive year by anyone’s standards. Upcoming releases include Coast2Coast 2, another collaboration with Lewis M, as well as Wonderland, a nostalgic homage to his youth in Boston that will incorporate live instrumentation—something that Willis hopes will be a bigger part of his live sets.

Catch Paul Willis live Friday. Feb. 8 at the Dollar and a Dream Community Concert at the Seavey Circle Community Center (240 Seavey Circle). Show starts at 6:30 p.m. with poet Jeanette Sem, and The Band Hayez. $1 donation at the door supports arts and community programming in Seavey Circle, with proceeds going to the Leataata Floyd Elementary PTO.