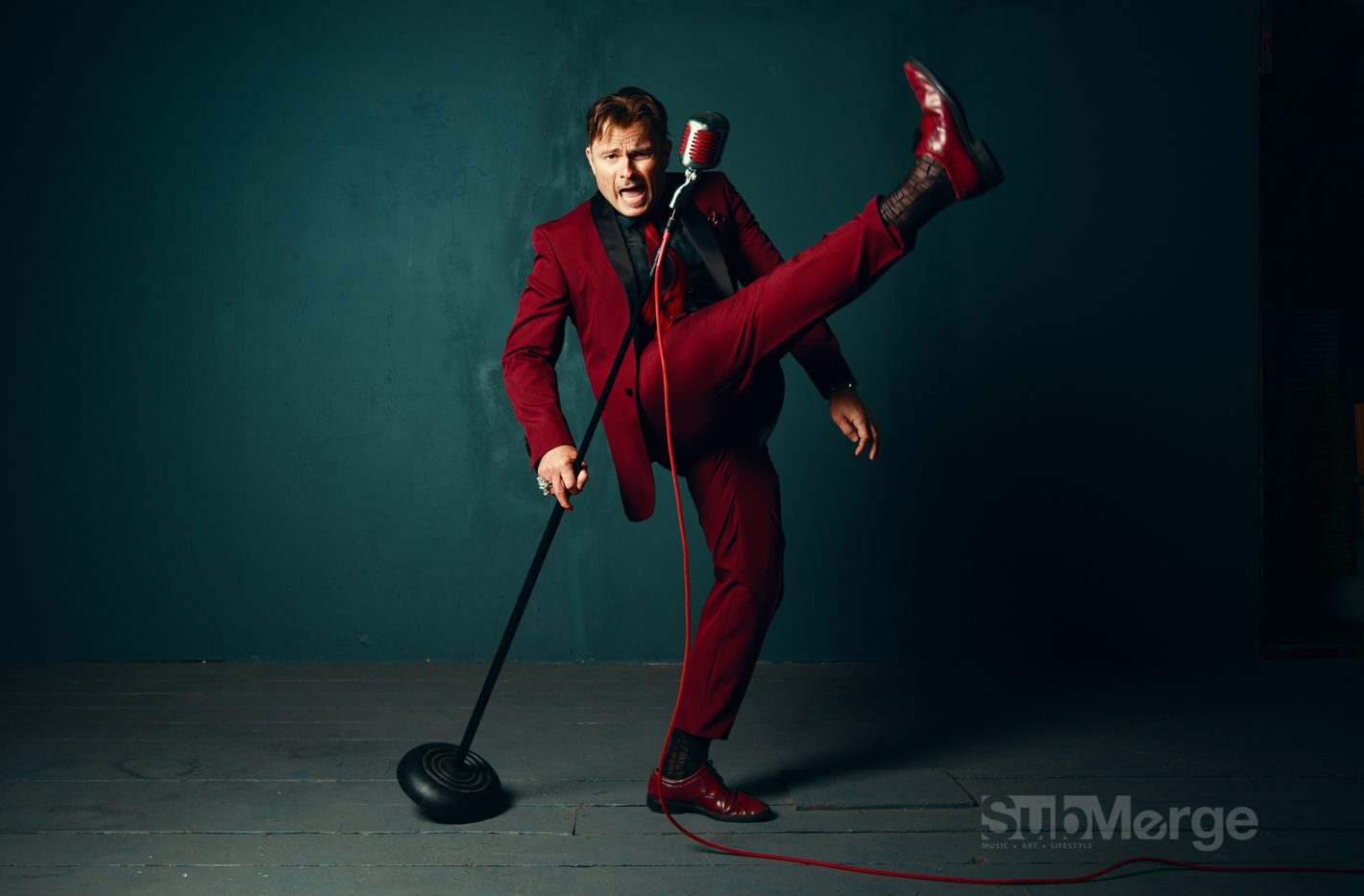 The dim nightclub is thumping with the wild sounds of the most swingin’ jazz band in town. The crowd is rhythmically flailing to the music—possibly fueled by a number of cocktails. Everyone in sight is dressed to the nines in their slender suits and tight cocktail dresses. This might sound like a scene from the 1940s, but if you’re from Sacramento then you know this is another night with local jazz connoisseur and eccentric band leader Peter Petty.

He may not be from that bygone decade, but Petty and his various bands have the ability to take audiences back to the swing era rather than simply pay homage. He’d be the first to tell you that his shows are not of the “bland, polite clapping set” variety. No, a Peter Petty gig is an energetic affair—something akin to a pack of dogs in a frenzy. It’s all a part of who he is as a person. This is the music he loves, and being a showman comes naturally.

Petty has been a part of Sacramento’s music scene for years. He performed with the Sacramento Opera for eight seasons and has recorded with Cake. However, his debut album Ready, Petty, Go! was released only back in September, and he has plans to take his act on tour in 2018. Until then, he has put together A Hepcat’s Holla’Day, Peter Petty’s Swingin’ Yuletide Revue, which is set for the CLARA Auditorium on Saturday, Dec. 23, 2017. The variety show is scheduled to feature a slew of local musicians like Hans Eberbach, Dana Moret, Spacewalker and more along with a burlesque show, stand-up comedy and a visit from Santy Claus.

In anticipation of this bawdy holiday event, Petty took some time to answer a few of our questions.

You’ve been a part of Sacramento’s music scene for a long while, but you just released your first album this past year. Why haven’t you released an album before?
I had misgivings about wanting to do an album well. I didn’t want to just get an album out there to have it out there, because I didn’t want to have a mediocre product. A CD these days is virtually just an expensive calling card for the artist. You just got to have it.

I’ve been out in the chute with my own band for five years, and we certainly had enough material. I just don’t have enough edification on the production side of things to make sure the album would be decent. Also, I was just broke. I had no bread, and this ain’t free. I was waiting for someone who was enthusiastic about what I was doing.

I was putting feelers out there and [local music promoter] Mindy Giles recommended Kid Anderson in San Jose. He’s a great blues aficionado and converted his home into a studio. People come from all over the damn place to play his little studio, and, man, it is small. It’s a duplex and every room except for one bedroom is repurposed into a potential recording space. My isolation booth was in his laundry room.

I wanted to do it right, so I brought my 12-piece band. Everyone, the whole band, had serious misgivings like, “how is this going to work?” After the first song, everyone was just like, “Alright!” and we had a party. It was pretty miraculous.

Many of your live shows are essentially variety shows. How do you find what talent to bring in?
Like you were saying, I’ve been on the scene for a little while and I love to meet people who are not assholes and love what they’re doing and get it. There’s a lot of them out there and Sacramento is full of talent—it is full of talented individuals doing interesting things. There’s just too many fun genres of music to pick. So, I’ll bring a little country western and a little classic rock, even. It’s all fun and hopefully a little out of left field so it’s a little surprising and enjoyable.

There’s a certain thrill playing with people you don’t normally play with. It’s always super fun and to have them on the bandstand, even for a song or two, is just great.

You bring a nostalgic take with your music. How did you get into that?
I get this question a lot, understandably. I’m 50 now and so my parents are straight out of the swing era. So, that’s kind of their music. I heard a lot of ‘40s and ‘50s pop—top of the pops, hit parade-type stuff growing up. The radio was always turned to that station. I don’t think they have it in town anymore, but they always played that era of music, and so that was always set in my ear. It’s that kind of nostalgia, the sweetness of it.

I knew all of those tunes and I think it was just in my ear. I had a natural affinity for that style of interpreting a lyric. Sinatra is not necessarily one of my heroes, but you cannot help but emulate the man when you’re singing that kind of music.

I’m fortunate enough to have an instrument [Petty motions to this throat] that is able to do it all. I’m able to have enough versatility. I get bored doing the same thing always, so it’s just fun to switch it up.

I think it was just in my mind growing up. It was all there. When I was in high school, I was all over the place. I was having a good time, but no one could pin me down because I would dress up in a different way every day. Kind of in the same way, I’m still doing exactly what I was doing back then. If I feel like a cowboy, by George, I’m putting on a hat.

When I was in high school, I thought it would be cool to emulate the look of the ‘40s. I was kind of sick of the ‘60s thing, and so I think it was kind of a deliberate choice to go to the ‘40s. I love the design of that era.

I also felt a real kinship with it. I’m not a very mystically minded person, but I really felt like when I’d go to the Grand Island Mansion, I felt like was coming home. It was a weird feeling like maybe I had been there before.

I think that also sets that in my mind. So, when I sing a song, I think I bring that swing vibe to it. 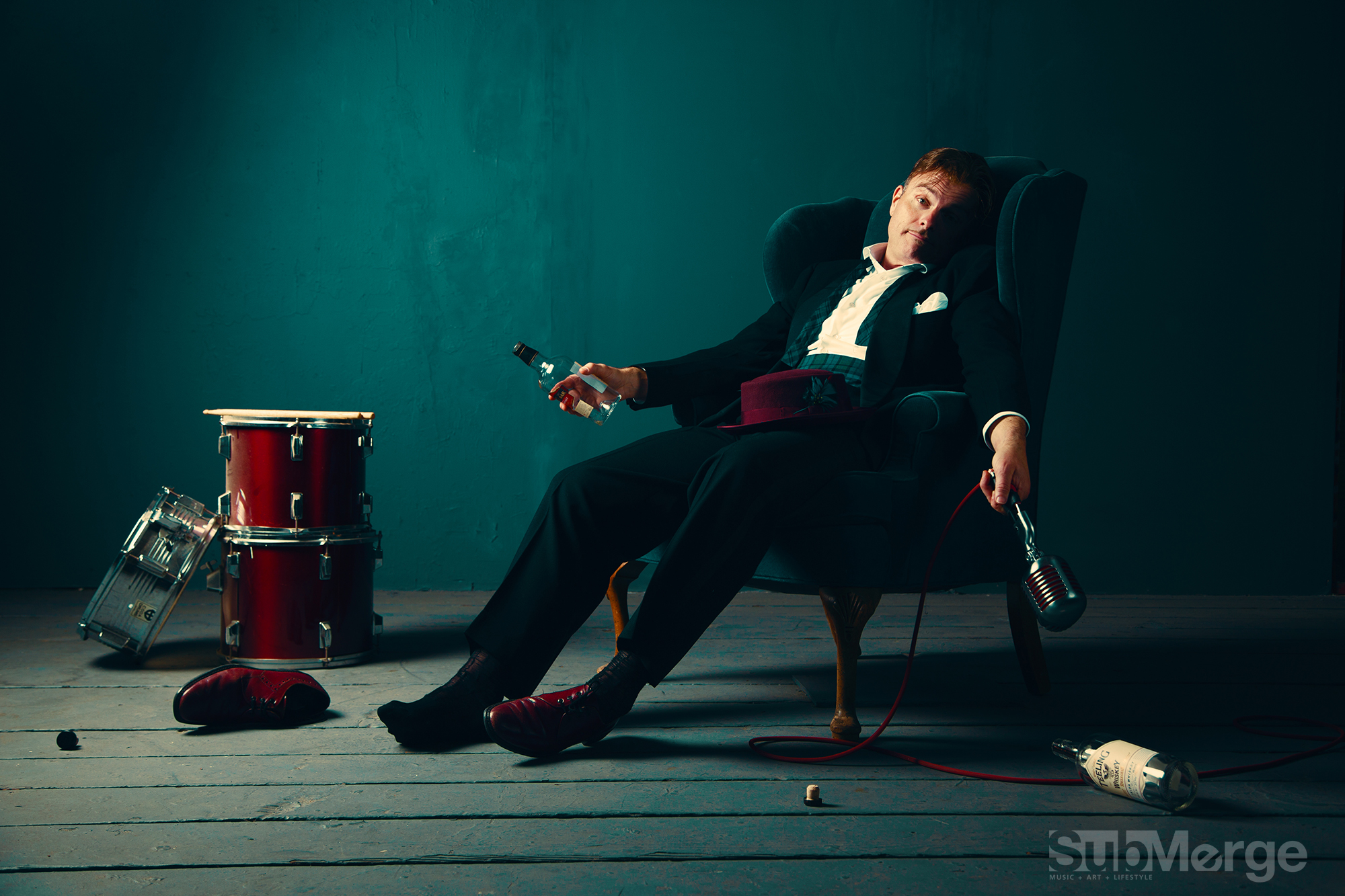 This style seems to make sense for you because you just seem like a natural showman. How do you find all that energy you bring out?
It sounds vainglorious, but I can’t help it. I just can’t help it. I am untrained in every sense of the word. It’s just like aping it, do as best you can. It’s close enough to what it’s supposed to be that it works. I’m like, bad, raw, untrained. I’m amazed that people tolerate it sometimes. But I actually have enthusiasm for it and I’m having a good time.

There’s not much of a formula except for going [on stage]. I love the emotional center of a song and that’s what really attracts me to most stuff. If there’s not some amount of pathos in it, I’m usually not interested.

You could even bring an ironic sense out of it. Like, one of my favorite songs “Have Yourself a Merry Little Christmas,” is very “la la la” kind of tune, but really, with all this nonsense, your Christmas will be anything but merry. There’s a lot of shit going down these days. Judy Garland interpreted it that way and it’s always very powerful. Like, my God, it breaks your heart.

As an audience, if someone is just up there doing a song, I don’t think people are engaged. I definitely like to try to engage the audience, because then there is a communication happening. That’s not only gratifying, but it’s absolutely necessary. It’s the human condition to connect with other people. I guess we’ve evolved to do that, to have that connection. That’s one way I can do that.

So, your performance is just as much for you as it is for everyone else?
Absolutely. I’m loathe to admit, but it’s very selfishly motivated. I just love to do it and if I can actually get the chance to do it, it’s just awesome. It’s something that I can do to contribute. There’s not a whole lot that I can do that contributes to society, but this is something I can offer. I’m honored to be able to do that.