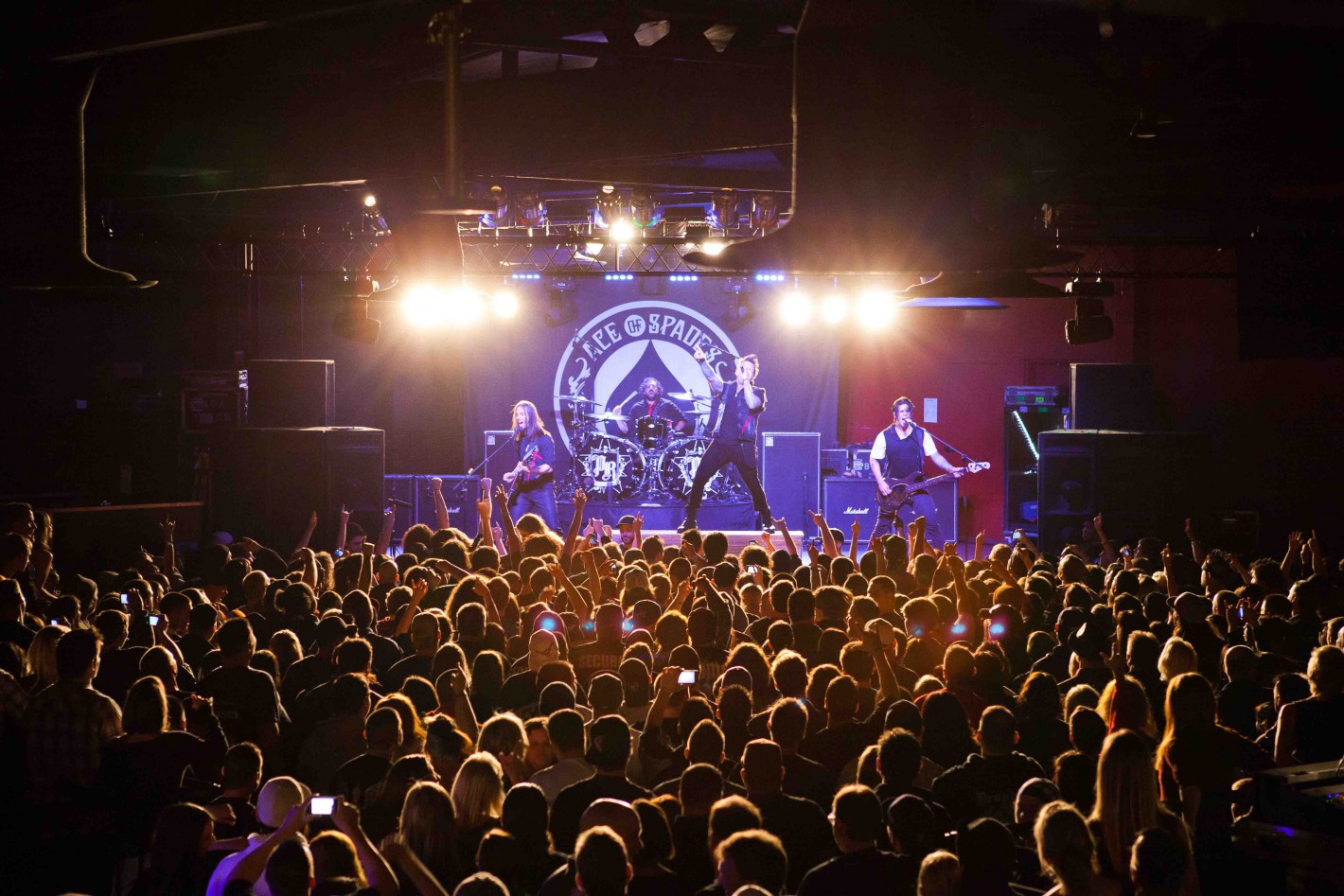 Eric Rushing and Bret Bair, owners of the wildly popular downtown Sacramento music venue Ace of Spades, announced today that their venue has been acquired by Live Nation, one of the biggest concert promotion companies in the world. A statement released on Facebook reads as follows:

We are honored and privileged to announce that Ace of Spades will be joining the Live Nation family of music venues. We would like to thank the City of Sacramento, our devoted staff, and most of all, our beloved patrons who have made Ace of Spades one of the most successful music venues of its size in the world. As born and raised Sacramentans, Eric and I have have dreamt big about bringing music and culture to our hometown and we are confident that Live Nation will only further our aspirations by bringing a wider variety and larger quantity of world class entertainment to our downtown core. In our opinion, this is a great day for the arts in the City of Sacramento and there will only be more big news to follow. Let’s do this Sacramento! Thank you for your support! – Bret Bair and Eric Rushing

We hopped on the phone with him after the news broke, and Rushing reassured Submerge that he and Bret “aren’t going anywhere” and that for the foreseeable future they’ll still handle Ace’s booking, promotions, etc. Rushing made note that Live Nation doesn’t want to “mess with what we’ve built.”

There are also talks of Live Nation opening a new, much larger venue in downtown Sacramento in the future, with anywhere from 2,500 to 4,000 capacity (Ace of Spades fits around 1,000 people, for reference). Details are sparse about the new venue, but it sounds like it’s going to happen, and that it’s just a matter of time. “Sacramento is growing up,” Rushing said.

We here at Submerge cannot congratulate Eric and Bret enough. They’ve been big supporters of our publication since day one, and it has been an honor to grow our brand next to theirs. With this move, we look forward to bigger and better concerts touring through our region.

We’ll share more news about the rumored new venue as soon as we know more.