7Seconds and Red Tape to Headline Punch and Pie Fest 3

Local punk rock aficionado Sean Hills is at it again. His DIY festival, Punch and Pie Fest, is coming back to melt your faces off from Aug. 15 to 17 at various Sacramento venues. Now in its third year, Punch and Pie Fest is quickly becoming one of Sacramento’s most important recurring musical events, offering a more underground rock-y/punk-y alternative to things like Launch Fest (which typically leans a little more indie) or Aftershock (more of a radio/bro-rock fest). Confirmed headliners for this year’s Punch and Pie Fest are two legendary Sacramento bands: 7Seconds (who have a new record out on Rise, their first new release in nine years!), and Red Tape (first live show in more than four years and the 10th anniversary of their album Radioactivist on Roadrunner Records!). Also confirmed is Heartsounds, City of Vain, Suburban Threat, Setting Sons, The Shell Corporation, Bastards of Young (Hills’ band) and many others to be announced in the coming weeks.

“The fest is a great way to bring everyone in the community together for a few days and it brings in a lot of new people who might not be that familiar with the local music scene,” Hills recently told Submerge. “Hopefully these people get more involved and continue coming out to some of the smaller shows that are booked year round.” 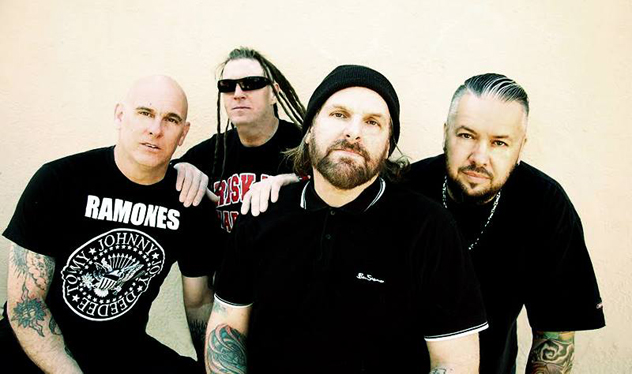 Hills mentioned he’s looking forward to seeing every band on the bill, but that the headliners hold a special place in his heart. “7Seconds are one of my favorite bands and they were one of the big reasons I got into this kind of music in the first place,” he said. “Red Tape is one of the best bands that ever came out of this town and they were criminally underrated in my opinion. I hope that everyone comes out to see both of these bands tear the roof off.”

Keep an eye out at Punchandpiefest.com or at Facebook.com/punchandpieproductions for more band announcements, venue info, ticket info and more.