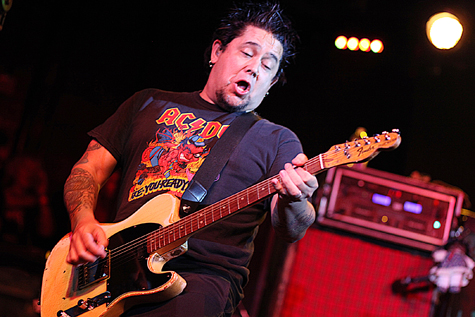 Ace of Spades on R Street hosted an endless sea of punk rock music lovers when NOFX came to town Dec. 10. Other performances were courtesy of Teenage Bottlerocket, who tipped their hats to a Groovy Ghoulies song, and the guys of Elway all the way from Fort Collins, Colo. Many attending the show huddled shoulder to shoulder, corralled into the 21-and-over smoking section, others stood trying to get the busy bartenders’ attentions, but the majority were planting themselves near the stage, finding the perfect spot to watch NOFX’s performance.

When I first found NOFX, I was about 15 years old. I lived in Bakersfield, Calif., and I was immediately drawn to their Neapolitan-colored album, So Long and Thanks for All the Shoes. I’m not sure if it was the fast-paced percussion or the nasally sound of vocalist and bass player Fat Mike that I loved, but as I continued to listen, I appreciated the fact that the guys could actually harmonize. 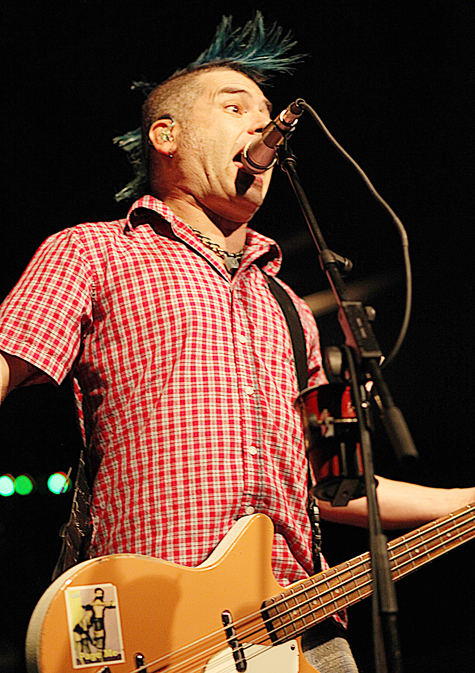 Flash-forward 12 years, I’m in a different city and my CD resides somewhere in my overstuffed closet in downtown Sacramento. Still, after more than a decade, I have a soft spot for all of NOFX’s music, especially songs like, “Lori Meyers,” with those raunchy female guest vocals, or the epic, 18-minute classic, “The Decline.” Even though neither tune was performed live last Monday, El Hefe, Fat Mike (who isn’t so fat anymore, by the way), Eric Melvin and their longtime drummer, Erik Sandin killed every hit they chose to perform. If I was 15 again, and not able to legally purchase shots of Jameson and pricey beers, I would’ve been found front-row center having my ribs crushed by the safety bar. However, I do like beer. So, my boyfriend and I decided to stand on these cushioned, black seats and sing along while sipping along. Songs like “Stickin’ in My Eye,” “Eat the Meek” and “Dinosaurs Will Die” were of the most memorable of the evening for us and our ribs felt A-OK.

Their latest album, Self Entitled, just released September 2012, has yet to find its way into my heart, and I don’t know if I chalk it up to being a NOFX snob, sticking to all things classic, or if I’ve become a lazy listener. But I still think the boys have their routine down to a T, and that can be heard throughout their 2009 album Coaster, and heavily in their song, “Orphan Year.” During the song, the widely known four-four drum beats pep up the story of a man who’s lost both his parents, a mother to cancer and an absentee father who had dementia. If you, like me, stick to the old albums like Pump Up the Valuum or Punk in Drublic, stop and give Coaster a good listen.

For a band that has performed together for almost 30 years now, and not getting much younger, the men of NOFX still put on a kick-ass show filled with raunchy jokes, stage banter and Hefe still wails on his trumpet, which I know will always be sweet music to my ears. 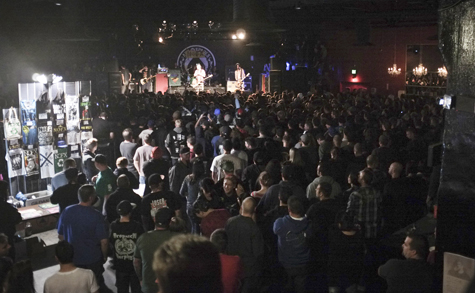