Some of Sacramento’s Finest Musicians Set to Play at the R Street Get Down • June 16, 2018 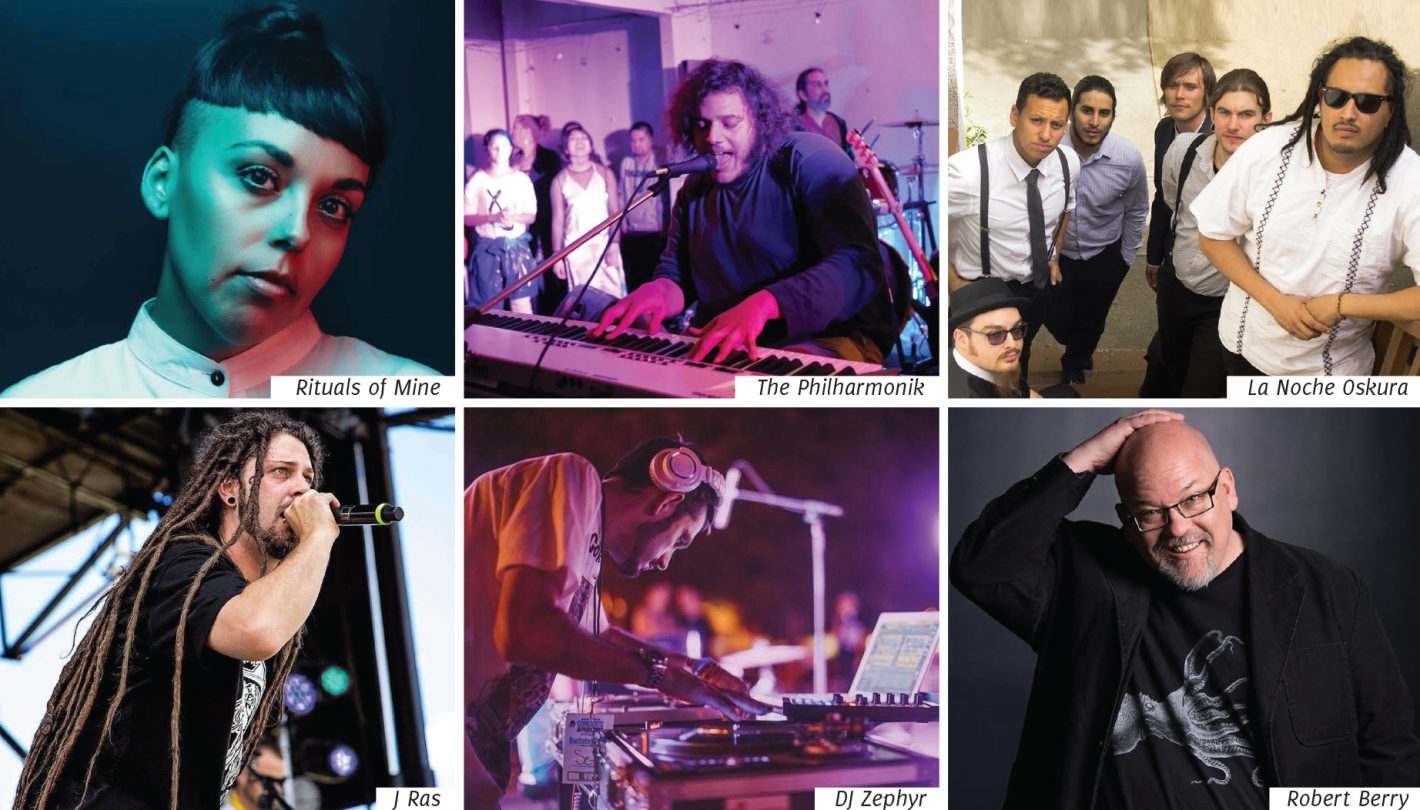 If you’ve driven, walked or cycled on or near the 1400 block of R Street in downtown Sacramento in recent months, you’re likely aware of the massive amounts of construction going on. Well, all that fuss is finally done, and to celebrate the grand re-opening of one of Sacramento’s most fun, creative blocks, the R Street Sacramento Partnership and SMUD, along with other local sponsors, are throwing a free block party on Saturday, June 16! The event will run from 12 to 8 p.m. and will feature musical performances from many of the most exciting acts from the region, including headliners Rituals of Mine, along with The Philharmonik, Cemetery Sun, La Noche Oskura, Bastards of Young, J Ras with T Wrecks, City of Trees Brass Band and DJ Zephyr. Frequent Submerge contributor and stand-up comedian Robert Berry will serve as the special guest MC, and you can also enjoy a set from local comedian Ngaio Bealum. There will be a bunch of street vendors, as well as a “Vinyl Cafeteria and Makers Mart” going on inside Ace of Spades. So come on out and party it up with your pals from R Street businesses like Shady Lady, Iron Horse, Burgers and Brew, R15, Uncle Vito’s and more. Did we mention it’s free? Can’t go wrong! Visit Rstreetcorridor.com for more info.