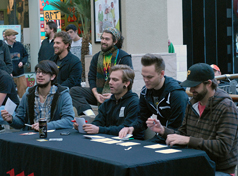 Mall walkers had reason to pause during their power walks last Sunday at the Westfield Mall. And no, it wasn’t to watch Santa Claus taking photos with crying babies or ice skaters taking falls at the rink. They paused to see the first Non-Drummer Drum-Off. The event is exactly what its name implies, people attempting to drum like Taylor Hawkins from Foo Fighters but they end up sounding like Animal from The Muppets. In fact, the only qualification of the drum-off was that you were supposed to suck. Even the Facebook event page said if someone was caught practicing before the show, then they would have been automatically disqualified.

Just like American Idol, the non-drummers had to face judges, listen to a sarcastic host and battle to win a prize. The eager non-drummers were going head-to-head for a chance to win a new drum set. At around 3 p.m., a small crowd gathered around a mini stage and bleachers on the second floor of K Street mall in Downtown Plaza that stood in-between the retail stores Express and ZuhG Life (organizers and sponsors of the event). When the show got rolling, most of the audience members ended up being random holiday shoppers, curious workers, or mall walkers who wanted to see what all of the ruckus was about.

The judges, including Matt Mingus from Dance Gavin Dance and Kevin Martinez from Tha Dirt Feeling, had to rate the non-drummers on a scale from 1 to 10 (10 being the highest) and on “charisma and performance.”

The bad drumming started off with CharleeÃ© Wheeler from the local band ZuhG and his attempt to hit the drums like a rock star. Most of the contestants were familiar faces because they were from local bands or people who are active in the Sacramento community, such as Steph Rodriguez from Sacramento News & Review, Alexander Ayers from Prieta, a local photographer named Dennis, Michael Sean Flanagan, Dean Haakenson from Be Brave Bold Robot (who accidentally broke a drum stick while playing) and even our own Jonathan Carabba gave his shot behind the drums. After almost every performance, the host of the event (Blake Abbey from Musical Charis) would make funny, sarcastic remarks about their performance such as, “It’s so bad I want it to keep going,” or, “It wasn’t even entertaining to watch.” After Bryan Nichols, owner of the ZuhG Life store, gave his all playing the foreign instrument, Blake said, “I would rather listen to a whole Nickelback album than listen to that again.” Although the show was not exclusively awkward drumming, the audience members got to enjoy riffs from the professionals like Matt Mingus.

But the show stopper went to a small audience member who was eager to get a whack at the drums. When Blake asked if anyone from the audience would like to drum off, a young boy named Liam not only raised his hand to volunteer but stood up on the bleachers to be seen and heard. After he pulled a rampage behind the drums, he received a perfect score from the judges and huge cheers from the audience. And every time the host would mention his name he would stand on top of the bleachers and give an arm wave of victory. When he found out that he won the contest, he told his proud mom that they are going to need a “bigger truck” to carry his new gift home. Although little Liam arrived as a casual mall visitor, he left as a drumming champion. 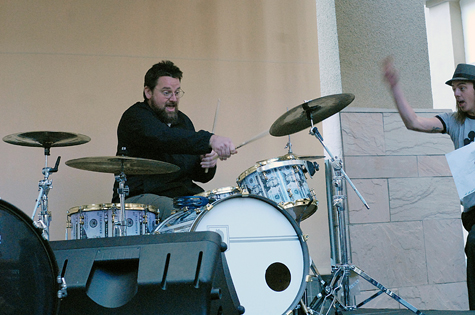 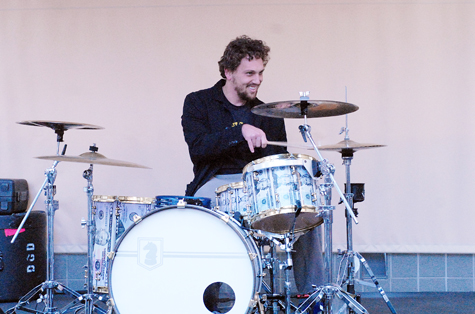 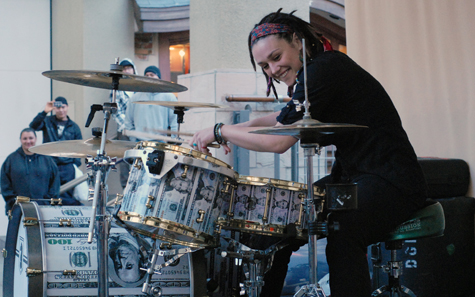 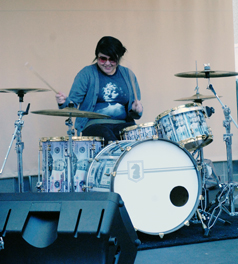 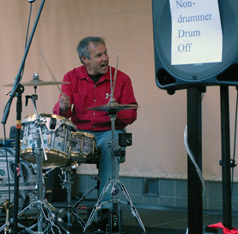 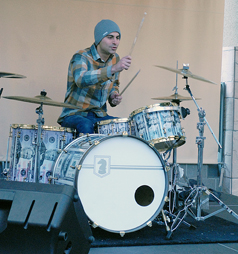 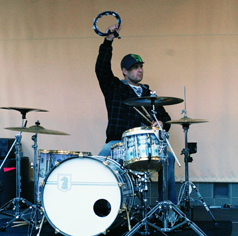 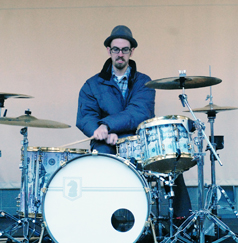 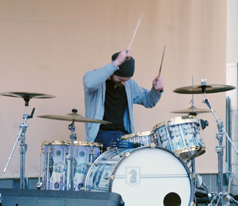 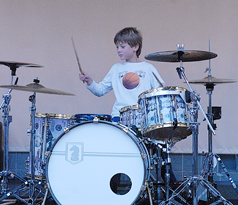 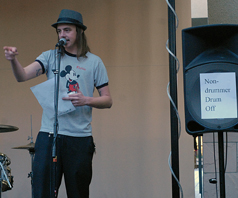 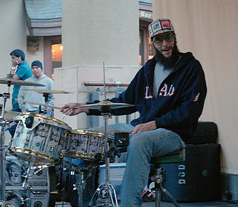 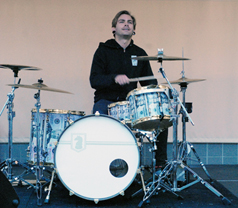