The Dawn of a New Day

It’s been a long road, but Riotmaker’s Jeffry Valerio has put his demons in the rearview mirror

While some local bands seem to have everything handed to them on a silver platter, perseverance and endurance has helped Jeffry Valerio, frontman for Riotmaker, get through the hardest of times. The once fearless and seemingly invincible leader of Sacramento’s biggest reggae/rock band, Shakedown, found out he was anything but in 2005 when the band ousted him after serious bouts of hardcore drinking and drugs. The band seemed destined for great things and were one of the few local headliners that had hardcore fans until their untimely demise three years later.

Said Valerio of that period during a recent telephone interview, “After leaving Shakedown, I was out of the music scene for about five years. Shakedown was a very big deal to me and was my whole world. I drank a lot and did a lot drugs and really messed things up for the band and myself. We missed a lot of opportunities because we partied so much and I also put partying before making the band work. During the last year, we had a lot of differences and there were some shows I wouldn’t even remember. Consequently, I ended up getting kicked out of my own band and later stopped drinking to be with my wife and daughter and become a family man.

“Things were really bad and I stepped away from music,” Valerio said as if apologetic and thoroughly disgusted with himself. “To make matters worse, my wife and I separated shortly thereafter and now I have full custody of my daughter who is now 10 years old. Eventually, I started to work on my career outside of music and I worked my way up through the ranks of TGI Fridays and became a regional trainer and, at the same time, became a real drunkard. Eventually in November 2008, I decided I couldn’t do it anymore and put myself into rehab in Auburn.”

However, not all things were destined to go south in Valerio’s world as things started looking up. “Eventually, I moved in with a girl shortly after my stint at rehab and met two guys—one was my current guitarist Mat Venable who eventually married my roommate. We wrote and recorded for almost two and a half years and finally had some Riotmaker demos,” Valerio said.

After much heartache and deliberation, the band found itself finally doing its first show.

“On Feb. 23, 2013, we booked our first show at Marilyn’s on K,” the frontman reminisced. “Almost everyone of the Shakedown members showed up and supported, which made me feel wonderful. The very next day we got offered a show at Ace of Spades. Unfortunately, we didn’t understand when we were booked we were supposed to sell tickets, which we gave away to everyone for free. We showed up at the venue during sound check and the acting house manager, Thomas, almost didn’t let us play. Thankfully, Eric Rushing [talent buyer of Ace of Spades and The Boardwalk] knew I was sincere and merely laughed it off since he already knew me and realized I had been out of the scene for so long I didn’t know that was how the club worked.” 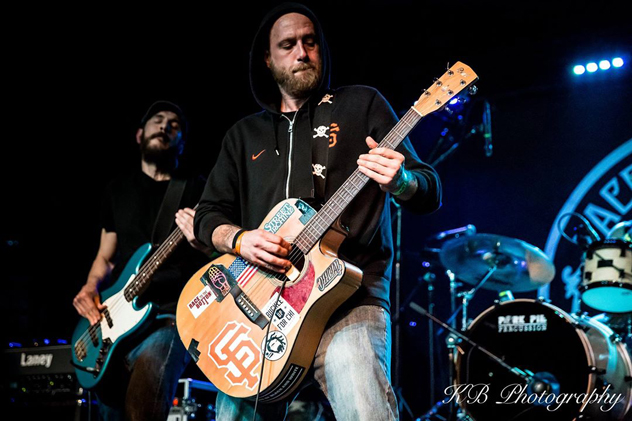 In just a few short days however, Valerio’s reggae/rock band, Riotmaker, will take the stage at The Boardwalk as part of a two-day festival dubbed Soundcheck: REVIVAL, put together by the fine folks at SacShows Presents. Once more, the band was responsible for hand-picking all of the multi-talented opening and supporting acts such as MDSO, Heat of Damage, Brodi Nicholas and others.

The show also is a momentous occasion for the band as it marks the release of Riotmaker’s official debut album. Their nine-song platter, recorded by the able hands of Joe Johnston at The Pus Cavern, is appropriately called Welcome to Calirock and features Hennessy, aka Jeffrey Harris (also in the Beatknocks hip-hop duo) on the reggae ditty “Everything Is Out” and Melissa McGregor from Once an Empire, whom the band met at Sacramento’s annual Concerts in the Park event, on “Ritalin Kid.” Valerio found great inspiration for the latter song from one local musician who’s made considerable waves in the Sacramento scene.

“The song ‘Ritalin Kid’ was written about Young Aundee when he was in a band called The Secret Six,” Valerio said. “He and I wrote a song together years ago and lifted a bit of lyrics to make this one.”

The band’s name also has a story of its own that Valerio is quick to point out. “Mat and I would take breaks from writing and would listen to a lot of Avenged Sevenfold, Tech N9ne and more. There was one particular song that we loved called ‘Riot Maker’ by Tech N9ne and it just worked,” he said.

One of the band’s favorite Riotmaker songs to play live is a tune called “Girl Around the Way,” which is a tale about one of Valerio’s past loves, a woman who broke his heart and eventually led him to write the song. “This song was on our first, rather crude release and was written about her and our chance meeting. We made 1,000 copies of our first CD featuring the song and have since sold out of them but I still keep a handful with me as keepsakes.” he said.

Perhaps the album’s strongest cut is the groove-laden “The Busted Crown,” which is also the most personal. “I started writing the song during the end of Shakedown solo but then it got better and better when I added a full band.” 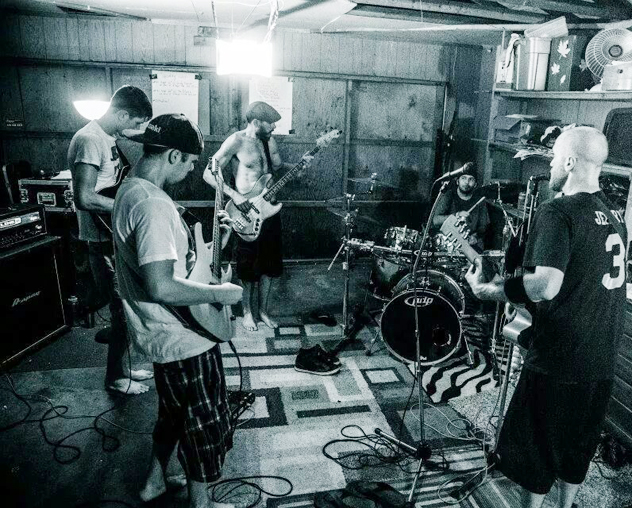 And while some would say the band is still in its infancy, Riotmaker has already supported some major national acts thanks to Valerio’s many connections and staying rooted in the scene while not actively playing. “We’ve played with Tesla, MC Rut, Oleander, Rome from Sublime with Rome, The Slackers, Fishbone, Yellowman, Authority Zero, and more,” he said.

Not a man to jinx any opportunities, Valerio is quick to point out that this album will be self-released, though they do have some outside interest.

“We’re going to have compact discs made first and most likely have vinyl later. I know all bands say they have interest and stuff, but we’re just gonna keep quiet until we know certain things come together,” Valerio said. “Right now we’re in a really good situation. We usually fund everything from our shows, but we had a backer that gave us $5000 for our recording. We were going to do the album ourselves and then Thomas Flowers [singer for Oleander] ended up recording ‘Are You There?’ with us and inspired us to record a full album. This same anonymous backer, an acquaintance from high school days, also gave us another $10,000 for a touring vehicle as well.”

The band’s album will be available through the band’s shows and, ultimately, at CD Baby so they can take advantage of digital and physical distribution opportunities (as well as synch licensing).

“We want to tour and eventually add some horns and a multi-instrumentalist who can play keys, percussion, and more,” said the enthusiastic bandleader. “We have our CD release and then will be playing the Unity Festival Arizona at Lake Havasu with headliners Fishbone and Anuhea on Saturday, March 14. The day after we just got added to a bill with Common Kings and New Kingston at Ace of Spades. We are also playing on April 18 at The Powerhouse Pub in Folsom with Once An Empire. Of course, we’ll be at Concerts in the Park in May and a plan to have a full U.S. Tour in June/July if all goes well.”

It’s a new day for Valerio and his band and he’s proof positive that things can turn around in time.

“With Riotmaker, it really is about the music and being with each other and hanging out,” he said. “We’re not setting out to be famous, rich rock stars. There is no animosity since the other guys are into playing just to play. We simply want to have a good time and we’re gonna tour as much as possible.”

Added Valerio in closing, “And while I don’t like the business part of music, Facebook and other social media have done wonders for us. I’m a social media whore and started the page back in 2008. Shortly after I started blasting it Riotmaker out there it got over 1000 likes in the first year.”

With nearly 8,000 likes on Facebook alone, one can only assume it’s only up from here.

Riotmaker play Friday, Feb. 20, 2015 at The Boardwalk in Orangevale (9426 Greenback Lane) with A Mile Till Dawn, MDSO, Brodi Nicholas, Heat of Damage, and Bennett Hannon (of Kayasun). The show starts at 7 p.m. All ages are welcome. Tickets are $10 and can be purchased through Theboardwalkpresents.com.