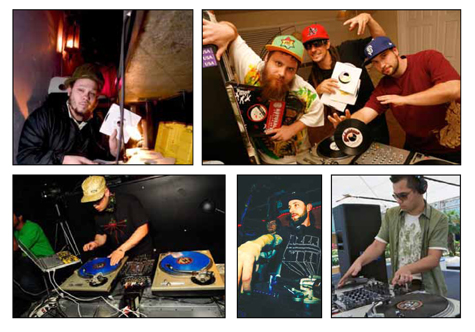 When DJ Mike Diamond started a monthly dance night called RisquÃ© Nites two years ago, he had no idea what he was in for. The blood, sweat and tears he and his crew of tight-knit supporters have spilled have been well worth it though, as RisquÃ© continues to be one of Sacramento’s most adored dance nights. They’ve brought some real talent through town to headline, including Steve Aoki, Designer Drugs, Wallpaper, LA Riots and more. “The whole party-throwing scene is about three things,” Diamond says. “Taking risks, being innovative and commitment. If you have a solid team and friends helping you, anything can be done.”

On Sept. 18, 2010 Diamond and fellow resident DJs Sex and Weight and My Cousin Vinny will celebrate their two-year anniversary at Club 21 with headliners Religion, a Los Angeles-based producer/DJ duo. Submerge recently caught up with Diamond to pick his brain about his success with RisquÃ© Nites. For more information, hit up www.risquenites.com.

When you started this thing two years ago, what did you expect it to turn into?
The last two years exceeded anything I thought was ever going to happen for myself and for RisquÃ© as a club night. I had no idea what I was doing so I wasn’t sure if it was going to make it past the first two nights. After observing others, I knew the potential RisquÃ© had, but wasn’t sure if I was the guy for the job.

What are a couple of your favorite highlights from the past two years at RisquÃ©?
The most memorable RisquÃ© for me was when Designer Drugs came out in late 2009. They were a big inspiration to me while starting DJing and throwing parties, so to finally meet them was a big accomplishment. The night was also the most packed I’ve ever seen Club 21, and people were going crazy! When the lights came on at the end we saw so many people had taken off their shirts or articles of clothing. It was also the night of the first RisquÃ© stage dive and that was pretty epic to see.

Another night was when we had our Pilgrims and Indians party in November. As innocent as it sounds, I’ve never seen people make pilgrim and Indian outfits looks so “risquÃ©.” It was pretty awesome. I’ve seen so many crazy things while at RisquÃ©, some good some bad, but I could go on forever.

Who could you have not done this without? Who’s been with you through the thick and thin and helped keep RisquÃ© a hit month after month?
My two biggest helping hands and partners are Paul and Brandy Brizulea of UnitedState. They’ve [ridden] this thing out from the start and have never left me hanging for the last 23 months. My two resident DJs, Sex and Weight [Miguel Francis] and My Cousin Vinny [Vinny Miranda], are some of the most talented and understanding people to work with also. As friends we all are able to conduct business with such ease it seems like every month we just meet at the same place and time to party with Sacramento for a night.

What’s next for RisquÃ©? Do you plan on keeping it going for as long as you can?
We definitely are going to raise the bar and bring more quality DJs and electronica music events to Northern California. Time will tell how long we keep this going, but I know none of us plan on stopping any time soon. Even if RisquÃ© ended for a period of time, it would only be to reassemble and do it all over again, because we all still have our individual passions for music and helping Sacramento nightlife.