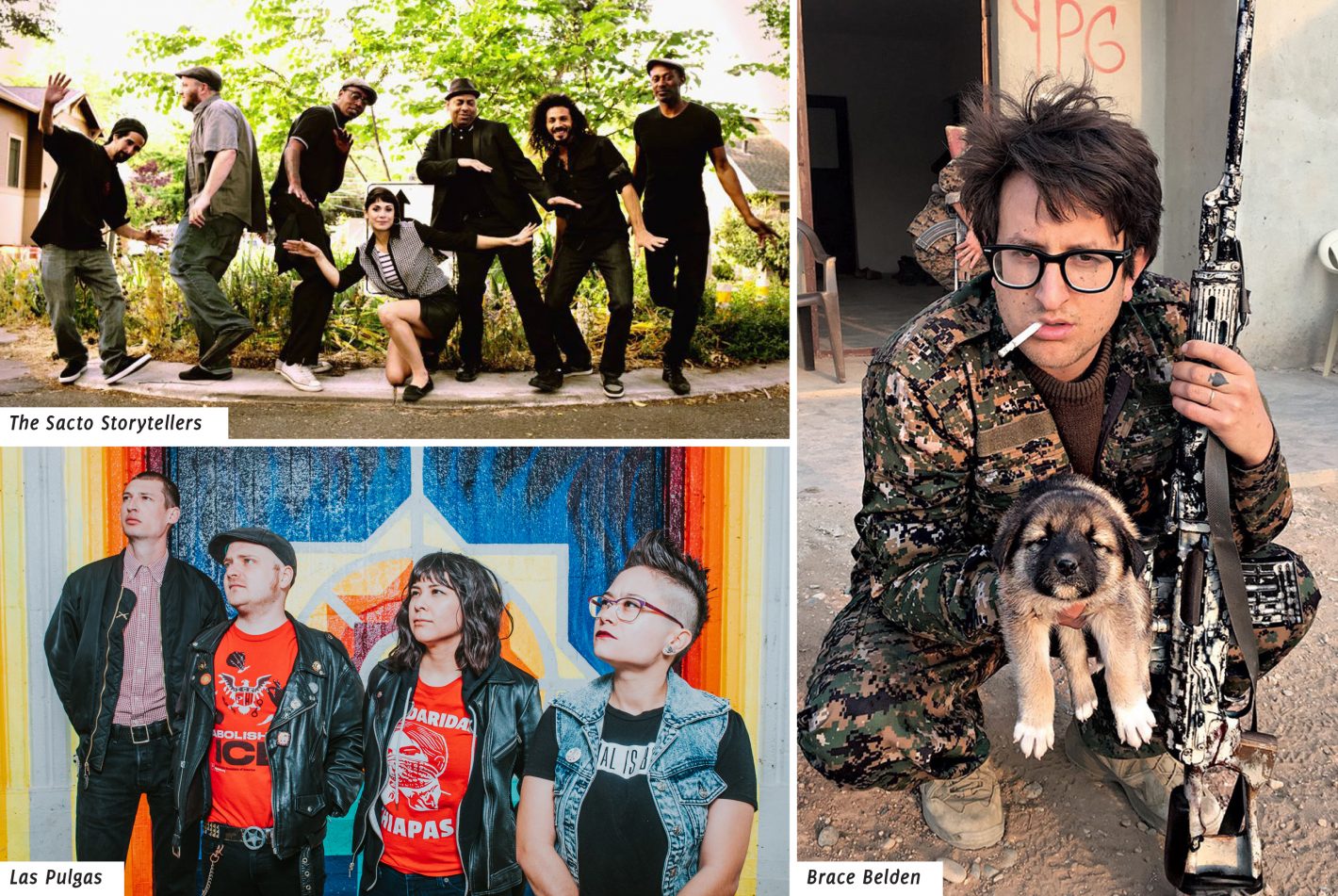 Cafe Colonial (3520 Stockton Blvd., Sacramento) will host “Rock Against Racism,” a night of music and activism in memory of local hero, Michael Israel. In 2015, Israel left his Amador county home to go fight for the YPG—a Kurdish paramilitary group operating in Syria. A longtime peacenik, Israel felt it was his duty to do everything he could to help the Syrian people. Late in 2016, Israel lost his life in the line of duty during an airstrike by Turkish forces, ostensibly there to help defeat ISIS.

The event will feature an eclectic mix of local bands, all of whom are united by their punk rock spirit and commitment to anti-racism. Performers include acts like The Sacto Storytellers, a punk-influenced ska/rocksteady outfit churning out mellow jams and Las Pulgas, a self-proclaimed “Spanglish commie surfcore” band (only in California!). There will also be a number of speakers involved in anti-fascist and leftist movements around the globe. Most notably, Brace Belden, a fellow YPG vet who recently helped unionize San Francisco’s famous Anchor Steam Brewing Company, will be MCing. The event is $10, 5–10 p.m. on Sunday, June 9. For more event info, visit Facebook.com/punchandpieproductions.