The Long Road: How Rodrigo y Gabriela Worked Their Way Up From the Ground Level 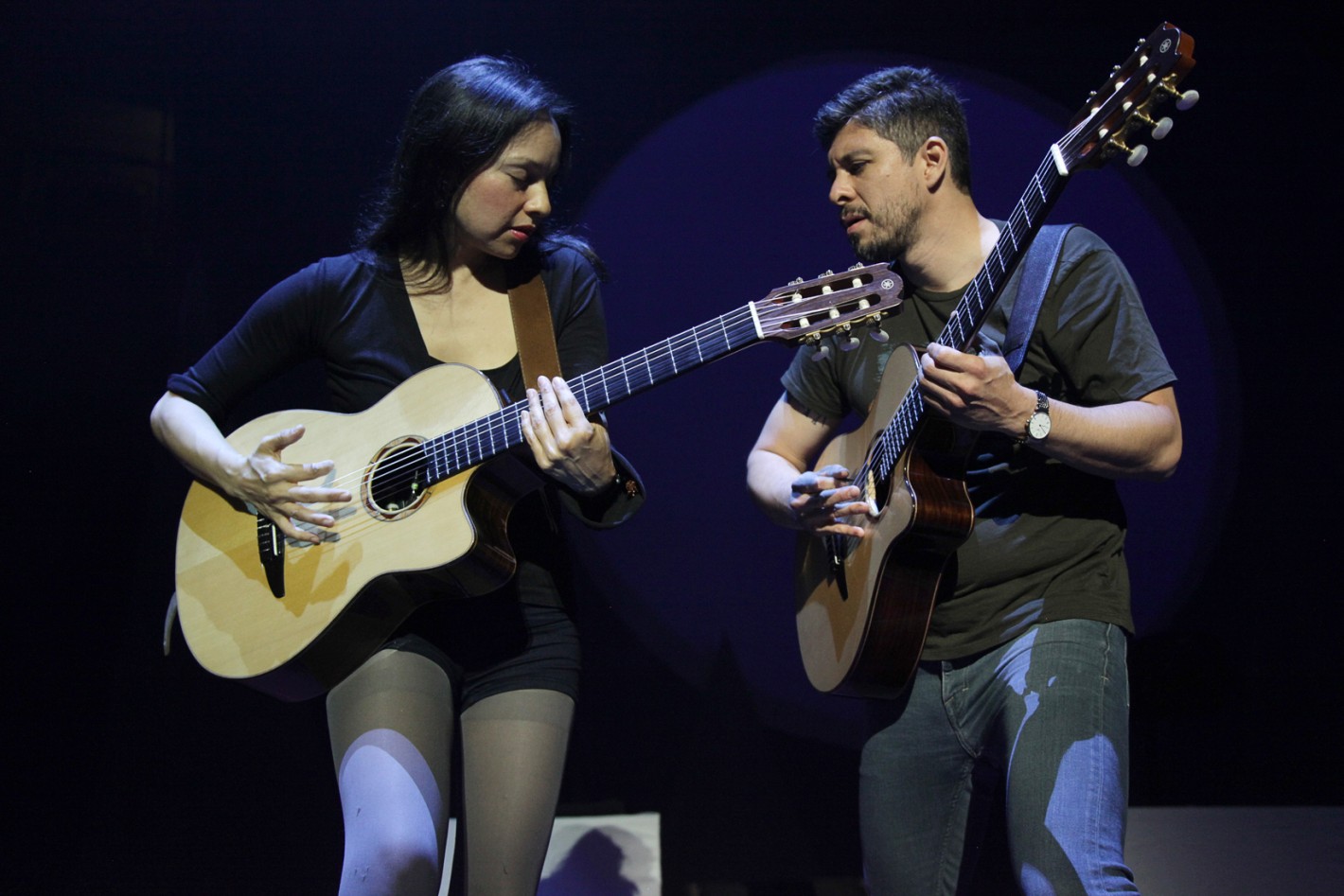 A word that instantly comes to mind upon hearing the music of Rodrigo y Gabriela is polished. Two guitars seamlessly flying at high-speed through aural flaming hoops; Gabriela’s hand fluttering over the fretboard with a light, skipping rhythm, while Rodrigo meticulously delivers jumping melodies at a dizzying speed. Their infamous music video for “Hanuman” is four minutes of the two playing their classical guitars in front of highly stacked speakers in a vast canyon area. It sounds almost contradictory to what you’d imagine of a large arena act; two classical guitars, no vocals, taking on acoustic covers such as Led Zeppelin’s “Stairway To Heaven.” But the key is, it’s really good. Upon their breakthrough release in 2006, Rodrigo y Gabriela, the duo became an instant success, sitting at the top of charts worldwide, including the very top slot on the Irish charts. However, their much-deserved fame and finger-picking perfection didn’t come overnight, or in a year; it was a long road that spanned continents and involved working their way up from playing on the actual streets to stages worldwide.

Rodrigo Sánchez and Gabriela Quintero grew up in Mexico City and met as teenagers, bonding over their love of metal, becoming a couple shortly after (to be clear, they are no longer a couple). In the early ‘90s, the two (along with Sánchez’s brother) formed the heavy metal band, Tierra Acida. When the band dissolved a few years later in 1997, Sánchez and Quintero decided to leave Mexico City to pursue music outside their home base.

The two chose Zihuatanejo, committing to working strictly as musicians, which initially meant playing background music at resorts or other social events. The experience gave the duo a chance to not only hone their chops, but to perfect a quality that’s integral to Rodrigo y Gabriela; the ability to fluidly blend genres. For instance, Quintero and Sánchez would sneak Slayer songs into their sets, and without sacrificing any voracity give the songs a complete classical twist, their own instrumental voice.

“That was a good change for us because we had the first time that we live from something that we love to do, which is play guitar,” Quintero said. “It wasn’t like we prove ourselves, it was much about for us to, to just play guitar all day long and be at the beach, and have a really lovely life. And we got bored of that.”

The two became restless and decided they had more travel that needed to be tended to.

“We always wanted to go to Europe and then the rest of the world, and travel, but we wanted to get experience in traveling from another perspective, not just as a tourist, to really have a little bit more deep experience,” Quintero said. “So we said, ‘Well let’s take the guitars and see what happens.’ One month before we decided to go, we met some people here in Mexico, and they recommended Dublin so we said OK. So that’s what we did, and it was crazy. We were very young at that time, it was hard, it was also, you know, break your own limitations and your own ideas of how capable you can be.”

With no jobs lined up but a continuing commitment to work solely as musicians, Quintero and Sánchez began busking on Dublin’s renowned Grafton Street.

During that time, the duo met Irish musicians like Lisa Hannigan, Zoe Conway and Damien Rice. Rice invited the two to open for him as his career was rising upon the release of “The Blower’s Daughter,” and introduced them to their now-manager, Niall Muckian. From there, it was a quick ascent to huge recognition for Rodrigo y Gabriela, leading to their eponymous release, worldwide touring, collaborating on the soundtracks for Pirates of the Caribbean: On Stranger Tides and Puss In Boots, and performing at the White House for President Barack Obama.

“All of those [experiences], they kind of pushed us out of our comfort zones,” Quintero said. Even in the midst of this large career unfolding, one thing that remained constant was the duo’s humble appreciation and acknowledgment of their influences. Their most recent 2014 release, 9 Dead Alive, is a collection of songs each dedicated to a historical figure who’s had an impact of the duo’s work.

“We read a lot, we see a lot of documentaries,” Quintero said. “I live in a beautiful part of Mexico and it’s surrounded by nature and that also really inspires you to keep going. I guess when you’re inspired, all aspects of your life, not just music, but all the other aspects are affected in a good way.”

Rodrigo y Gabriela have spent the last few months touring throughout South America, Europe and now onto the United States. Their greater focus is working on a new album at their studio on the Mexican coast in Zihuatanejo, where Quintero currently lives (Sánchez goes between Mexico and Europe).

“I think the creative process is really rewarding when you feel you got the melody, or the rhythm,” Quintero said. “It’s a feeling almost like when you lost something in a big room, something that is really small, and it’s a big room of a lot of things, and you find that little thing. You release some tension, because the creative process can be stressing too. There’s something in you that is searching for something—the melody, the structure, whatever it is, but when you find it it’s a fantastic thing, but also it’s sad because it’s finished, it’s done. When we’re on stage, we get that, some sort of energy with the audience, and feel the best of ourselves so we can express the music purely.”

Even after all that’s been accomplished in decades of work, Rodrigo y Gabriela’s thirst is far from quenched. The two continue to strive toward new sounds, open to the inspiration surrounding them.

“We live in a world that pushes us to be more conscious everyday and to be a little bit more compassionate, that’s some of the things that really moves us to keep going forward,” Quintero said. “To deliver something that is truly authentic and honest.”

Rodrigo y Gabriela play with Irish singer-songwriter Ryan Sheridan Aug. 10, 2016 at The Crest Theatre, located at 1013 K Street in Sacramento. This all-ages show starts at 7:30 p.m., with doors opening an hour before. Tickets are $35–$75 and available online at Crestsacramento.com. UPDATE: Tickets are now sold out! 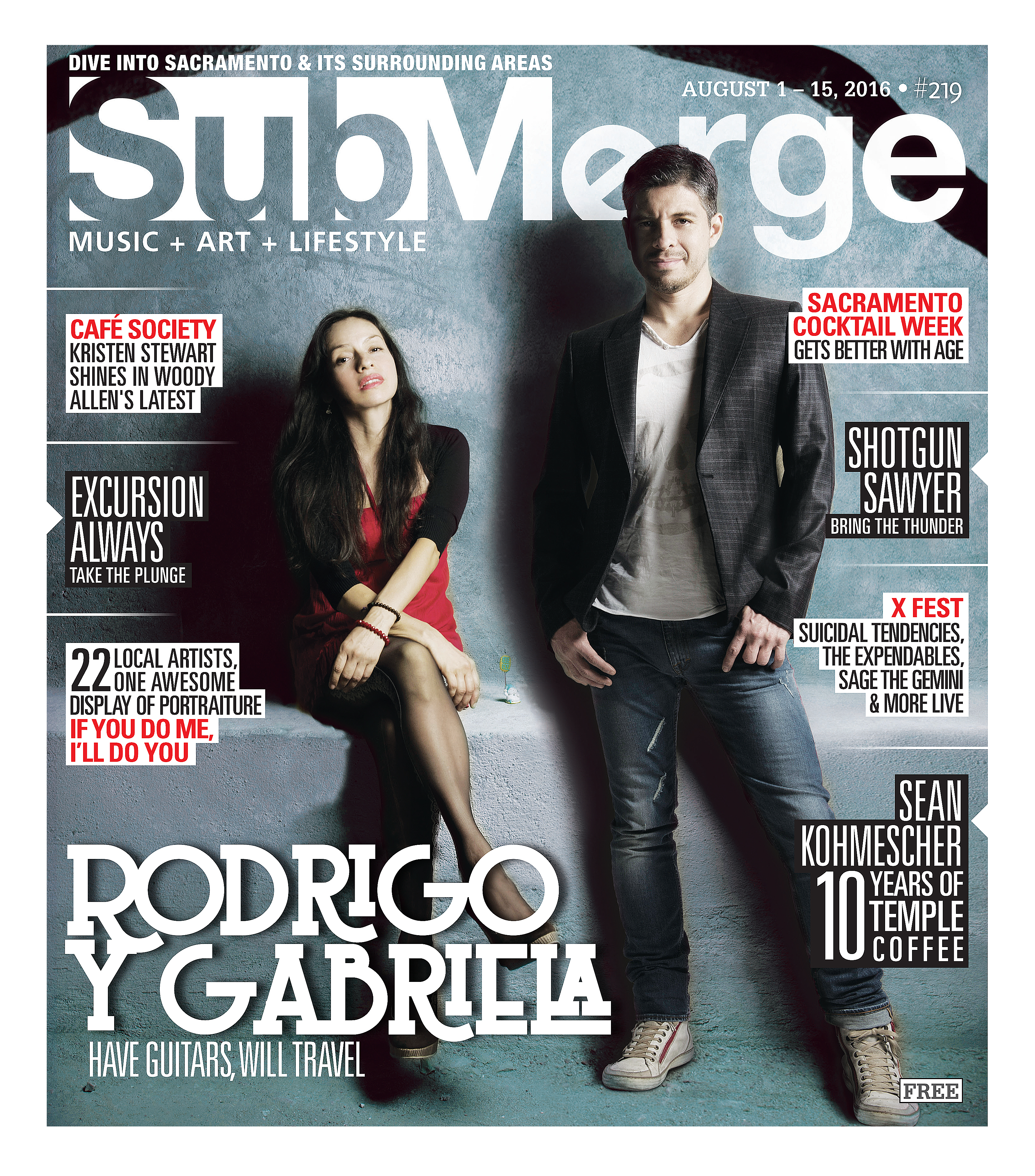