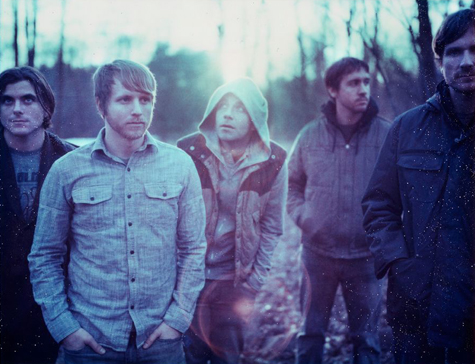 Circa Survive branches out on Blue Sky Noise

When Philadelphia-based rock band Circa Survive began writing in late 2008 for what would become their third full-length album, the group was at a rather uncertain point in their career. Not only had their contract with longtime allies Equal Vision Records come to an end, but the group would also undergo a management change, further adding to their incalculable future. “There was this time where literally we were just floating in space writing songs for a record and had no idea where it would land,” remembered guitarist Colin Frangicetto of the unsettling feeling. “There was a huge question mark hanging over everybody’s head,” he said.

That question mark would hover for a lot longer than Circa Survive expected as the process of finding a new label to call home dragged on and on. “We just thought we would go meet with some people, take a couple of weeks to figure it out and sign, and it’d be over with,” said Frangicetto. Months passed and still no deal had been inked–all the while, that question mark was growing in size and weighing heavy on their shoulders, adding to the already intense amount of pressure that the band members had put on themselves to create a record they were truly proud of. Anthony Green, the band’s illustrious lead singer, was particularly overwhelmed and frustrated from trying to live up to his own expectations and had a complete mental breakdown halfway through the writing process. “He saw himself teetering off and kind of losing his grip on his own sanity and he just kind of needed to take a break,” admitted Frangicetto. With the support of his friends, family and band mates, Green checked himself into a mental hospital where he spent some time regrouping his thoughts and sense of balance.

“He’s a unique spirit, and as far as this kind of stuff goes he’s very sensitive,” explained Frangicetto. “It just wasn’t a huge shock that he needed to go somewhere and get help. I’ve felt myself close to that point, so it wasn’t this horrible thing where I was like, ‘Oh fuck, he’s going to quit the band.’”

When Green returned from his time away, regrouped and ready to jump back into the creative process, the band continued writing music together every day in a cottage-like house that bordered a stream and a nature preserve that they called “The Creek House.” They explored avenues of songwriting they never had before, searching for a perfect formula. For the first time in the history of the band, members other than Green contributed lyrics and vocal melodies on Blue Sky Noise; Frangicetto contributed to “I Felt Free” and “Imaginary Enemy,” and guitarist Brendan Ekstrom collaborated on “Frozen Creek” and the album’s first single, “Get Out.”

“I’ve always written songs but nothing that I would ever try to make a Circa song,” Frangiecetto said. “Then I just had a couple things pop out of me when Anthony was away that I really thought I could hear him singing. When he came back, I presented the songs to him, and he was just in love with two of the ideas.”

This new collaborative and communicative approach was revolutionary for the band and helped them achieve their goal of creating a completely different record than their previous releases, 2005’s Juturna and 2007’s On Letting Go, both of which were produced by the same engineer, Brian McTernan. Frangicetto pointed out that Circa Survive’s past efforts are much less dynamic than Blue Sky Noise, having been comprised mostly of intense songs with dual lead guitars, soaring vocals and pounding rhythms. “We listen back to On Letting Go and Juturna and it takes 50 minutes before you have a breath,” said Frangicetto.

So for Blue Sky Noise, Circa Survive enlisted some new help, three-time Grammy winning producer David Bottrill (Tool, Muse, King Crimson) and mixer Rich Costey (Interpol, Mars Volta, Rage Against the Machine), and decided to include some new elements that they’d always wanted to in order to attain an entirely new sound: a broader vocal range for Green to explore; plenty of acoustic guitars to provide space and quieter, more intimate dynamics; slide guitar to give a twangy, organic feel and upbeat rhythms to put off more pop sensibility.

“We wanted to make a progressive record, but at the end of the day, at least for me, art is about communication,” said Frangicetto. “When you’re making a super progressive record and you’re not making any attempt to really communicate, it’s basically like talking through a wall. You’re basically like, ‘All right, you’re going to pick up on some of the shit that I’m saying, but I really don’t care if you hear me or not.’”

With Blue Sky Noise, Circa Survive strived to knock that wall down and speak directly to people. In doing so, the band created a cohesive, dynamic record that when listened to in its entirety feels like reading a book; everything has been meticulously planned out and is in its right place, creating a seamless flow from start to finish. “The art of the record is dying and we’re aware of it,” said Frangicetto. “But we knew that right now we still had the chance to make a cohesive front-to-back album that you can listen to the way that we listened to our favorite records as kids.”

Blue Sky Noise was released on April 20 on Atlantic Records, making this Circa Survive’s major label debut. With the support of a global company comes larger opportunities; for example, when Submerge spoke to Frangicetto, he and the rest of the band were in the United Kingdom playing a string of three free shows just because they could, and another paid one in Germany because they had never been there. The band also recently made their national television debut on Last Call with Carson Daly and they’re currently on tour with Coheed and Cambria; all of these are massive milestones in Circa Survive’s career no doubt, but not all the credit should go to the fact that they are now on a major label, said Frangicetto. “We talk to our label, our manager, and people that are working for us and they are just like, ‘This record makes our job a million times easier.’ So I guess the question really becomes, is it the label or is it the record?” 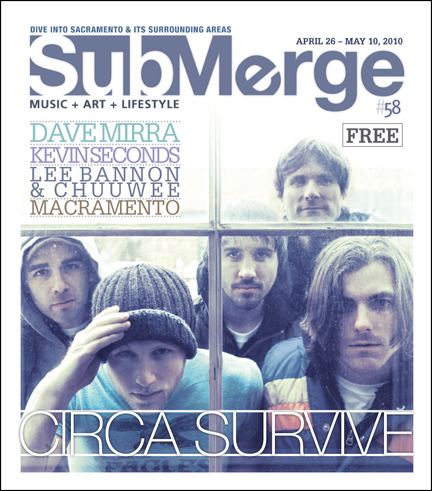 Catch Circa Survive performing material off Blue Sky Noise along with some older tunes at the University Union Ballroom at Sacramento State on Thursday, May 6 (sans Coheed and Cambria). The show starts at 7:30 p.m. and is $10 for students and $15 general admission.