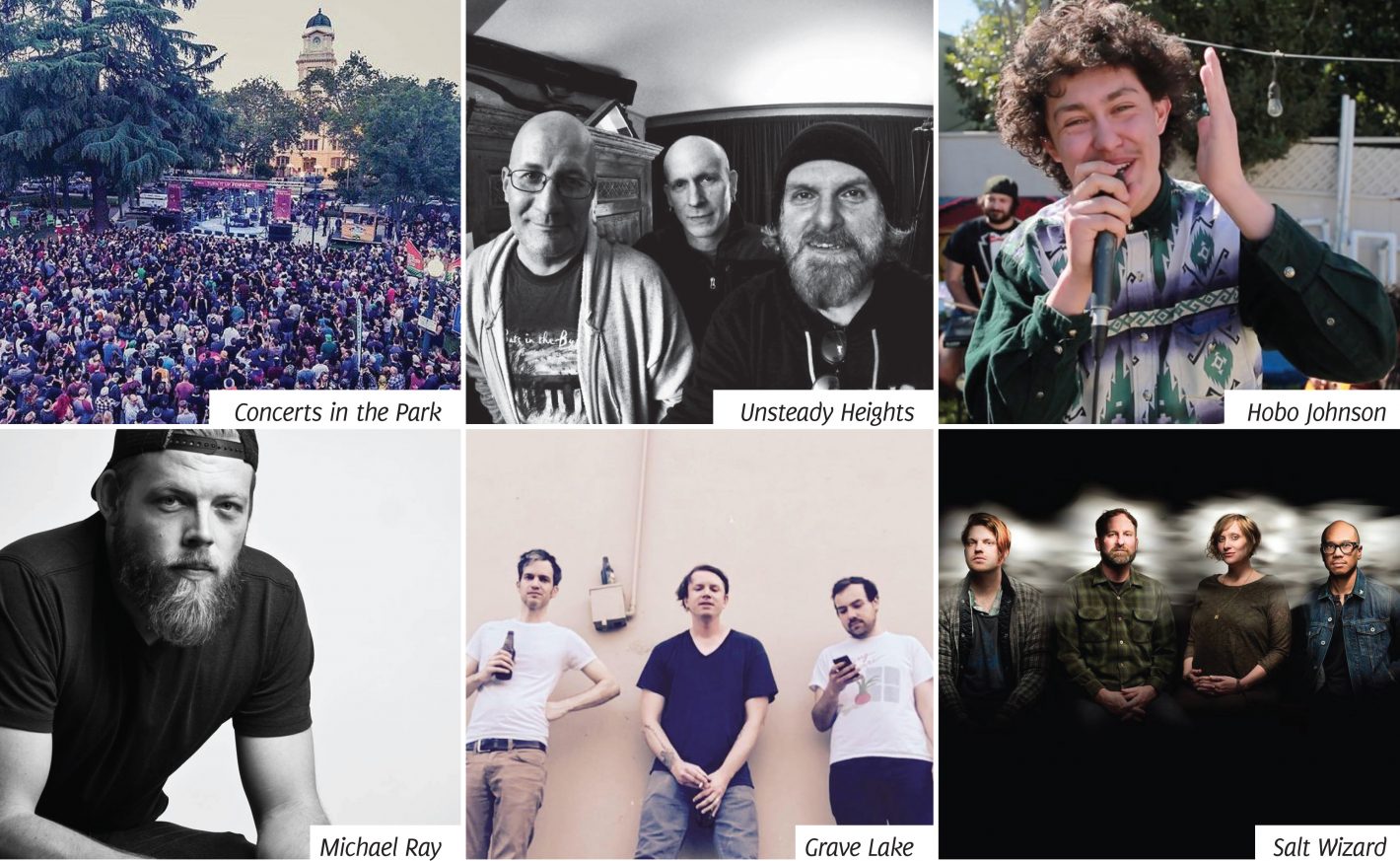 Easily one of the biggest and most hyped local concert series, Concerts in the Park, is holding a free event called Lunch + Launch on Thursday, April 5, from 11:30 a.m. to 1:30 p.m at Cesar Chavez Plaza (9th and J streets) to reveal the lineup for this year’s run of shows, which will kick off on Friday, May 4 and run through the end of July. In addition to the lineup announcement, which will include national touring acts and the best of the local scene, DJ Joseph One will be on hand spinning some jams, plus there will be four local food trucks, and you can even make your own prints with Verge Center for the Arts or shop at Wild Poppy and Co. Mobile Boutique. If you can’t make the event, keep an eye on our website, Submergemag.com, as we will be breaking the news about CIP’s lineup early in the afternoon of April 5. Learn more about Lunch + Launch and the history of the CIP series at Godowntownsac.com.

Local blues musician Michael Ray is readying the release of his new album, Raw—a fitting title considering the album was recorded live in one take in front of a small audience at Gold Standard Sounds. The album release party, which will feature a slew of guest musicians joining Ray on stage, is scheduled for Friday, April 6 at The Torch Club (904 15th St.) at 9 p.m. Visit Michaelrayblues.com for more.

Legendary punk rock musician and Sacramento local Kevin Seconds, best known for his work with 7 Seconds (who by the way just formally announced last week that they are calling it quits after almost 40 years!), has a super rad new band that’s starting to play out more called Unsteady Heights. I’ve yet to personally see them live, though I hope to change that when they play Phono Select Records (2475 Fruitridge Road) on Saturday, April 7. I have listened to their two-song demo on Bandcamp quite a few times, and you should, too. Go to Kevinseconds.bandcamp.com and click on “Unsteady Heights” on the right hand side to check out the tunes “My Mental State” and “Angry Gina.” Keep up with the band at Facebook.com/unsteadyheights. The April 7 gig also features Sitting and Waiting and Urban Wolves. It’s all ages, starts at 7 p.m. and donations will be taken at the door.

Sacramento indie-rock/experimental band Salt Wizard is holding a release show for their sophomore album Creature Sounds on Saturday, April 14 at The Red Museum (212 15th St.). Also performing will be locals Separate Spines and Oh, Rose from Olympia, Washington. The show is all ages and kicks off at 8 p.m. with a $10 cover at the door. The Wizards will be selling their new record for just $5 one night only! Learn more at Facebook.com/saltwizard or Saltwizardmusic.com.

Local garage-rock trio Grave Lake released their kick-ass second EP, appropriately titled EP II, in December of 2017, and are finally playing a cassette release show on Thursday, April 19 at Press Club (2030 P St.). Pick up a tape for just $5 and groove out to the sounds of Black Mare and Glaare, both amazing and on tour together from Los Angeles. This show is at 8 p.m., is 21-plus and just $8 at the door. More info at Facebook.com/lullpresents.

And finally, local rapper/poet/songwriter/whatever-the-hell-you-wanna-call-him, Hobo Johnson, has had quite the last few weeks. The dude is straight “blowing up,” as the kids say (do kids say that anymore?). On March 7, he and his band The Lovemakers uploaded a live video they shot in a backyard of a previously unreleased song called “Peach Scone” as their submission for NPR’s Tiny Desk Contest, and the video has since gone super-viral on Facebook and elsewhere on the web. As of press time, on Facebook alone the video had an astounding 6.9 million views, more than 90,000 shares and more than 20,000 comments. On YouTube it has more than 1.5 million views (not too shabby) and since the video has gone interstellar, Hobo’s been featured on a crap-ton of websites and blogs, everything from Djbooth.net to Perezhilton.com. At last check, his track “Romeo and Juliet” off his recent full-length album The Rise of Hobo Johnson, was at number 4 on the “Global Viral 50” list on Spotify, and at one point recently he was trending on the iTunes store. Hell, even MTV sent out a tweet about him, saying, “Very much in love with @_HoboJohnson.” Then, just last week, Hobo Johnson and the Lovemakers sold out their show at San Francisco’s famed Bottom of the Hill and they are likely going to sell out their upcoming hometown show at one of Sacramento’s biggest venues, the 1,000-plus capacity Ace of Spades (1417 R St.) on Saturday, May 12. Tickets for that one are just $12 in advance at Aceofspadessac.com and the bill also features Sunmonks, Petaluma and Thiing. All ages are welcome, doors at 7 p.m. For more on the man himself, check out Hobojohnson.com or Facebook.com/hobojohnson94Corolla. [Editor’s note: Hobo’s show at Ace of Spades has sold-out!]