The first time I ever heard Schoolboy Q, the carefully engineered layers of sound; hard, grimy beats; and clever, calculated, albeit gangsta-boasting ghetto rhymes pricked up my hooped ears and got me saying, “Turn that shit up.”

I soon after downloaded his newly released third album, Oxymoron, and it immediately took up residence as a mainstay in my rotation. Every song on the album holds its own, while in its entirety it is a hip-hop masterpiece. Perhaps my favorite track, “Prescription/Oxymoron,” is a haunting, depressing laundry list of calls missed and pills popped. Periodically, the sweet voice of a little girl punctuates the trippy, sleepy cadence to ask, “What’s wrong, Daddy? Wake up, wake up.”

On Oxymoron, released by Top Dawg Entertainment and Interscope Records, Schoolboy Q collaborates with Jay Rock; Tyler, the Creator; 2 Chainz, Kendrik Lamar, Raekwon, Kurupt and BJ the Chicago Kid. It debuted at No. 1 on the charts, and many critics are calling it the album of the year. If you’re in the dark and aren’t already nodding your head in indisputable agreement, then as soon as you finish devouring this issue, you best be doing yourself a favor and googling it, biotch.

Schoolboy Q, born as Quincy Matthew Hanley, got his name from being known as both an academic and a hood, a duality that is clearly expressed in his lyrics and musical mood swings. Song to song and at times even mid-song, Schoolboy Q oscillates from cerebral to base subject matter. Raised in Los Angeles since he was three, Hanley was equally influenced by East and West Coast hip-hop, but didn’t begin his rap career until 2007, when he turned away from a revolving door at the jailhouse and a life of drug dealing and gangs, in order to go balls-deep into the studio.

When I found out Schoolboy Q would be paying a visit to the City of Trees to play two shows on Wednesday, April 9, 2014—an early show at Ace of Spades, and a late show at Assembly—my socks got wet. I opted to hit the early show at Ace, which also featured Isaiah Rashad, J.Sirius, and Audio Push. 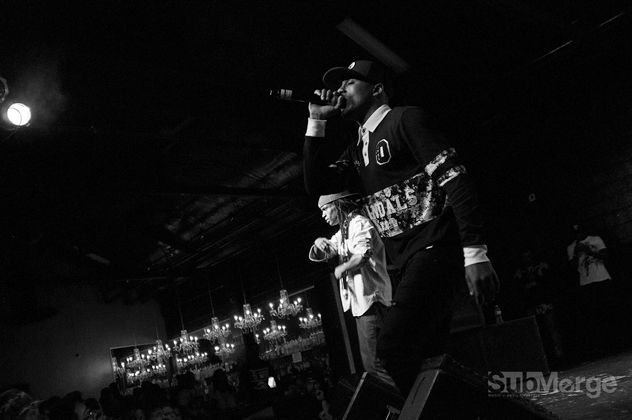 The openers began promptly at 7 p.m.; my arrival was less prompt due to pregame tequila shots at my favorite bar, Elixir, and being ushered through a long line snaking up to will call. Since the show was sold out well before its date, the show attendees at Ace of Spades were thirsty for some good ass hip-hop, and crowded closely to the stage long prior to when the headliner took the mic. I slipped through the narrow paths between tipsy patrons, taking care not to spill my beer as the throngs ebbed and flowed, then posted up in an oh-so-awesome spot just as Audio Push took the stage. 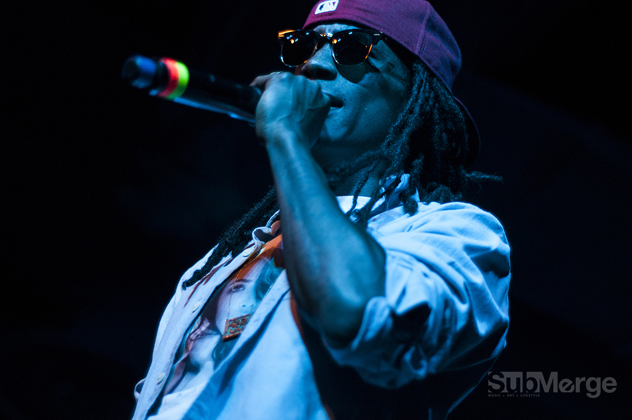 Audio Push, also signed with Interscope Records, is a hip-hop duo from the Inland Empire. Oktane and Pricetag of Audio Push are best known for their hit, “Teach Me How to Jerk.” Their set was full of energy, and the thick crowd returned their energy by bouncing synchronously to Audio Push’s rapid rhyming, thunderous beats and chill West Coast cadences. Also three albums deep, Audio Push is on the come up. 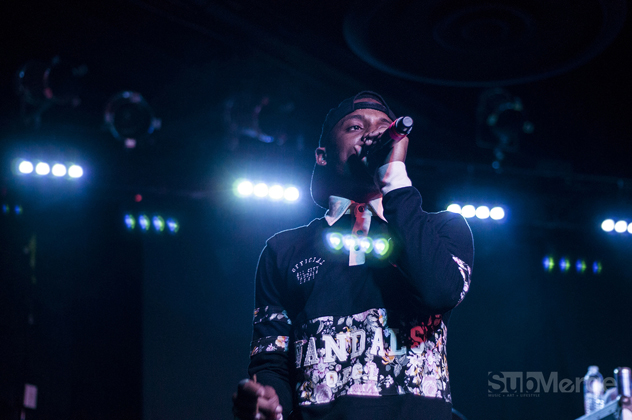 After they finished their set, there was a resounding response of cheering and a palpable building of anticipation swelling in the audience—then Schoolboy Q rolled out, diving right into his set full-force, and everyone threw their hands up.

Under the brim of his floral bucket hat, Schoolboy Q spit indefatigably for about an hour, never once losing the crowd or letting their hands drop. His set included hits from his new album such as “Studio,” “Collard Greens,” “Hell of a Night” and “Gangsta,” but he also busted out with some songs from his previous two albums, Habits and Contradictions and Setbacks. 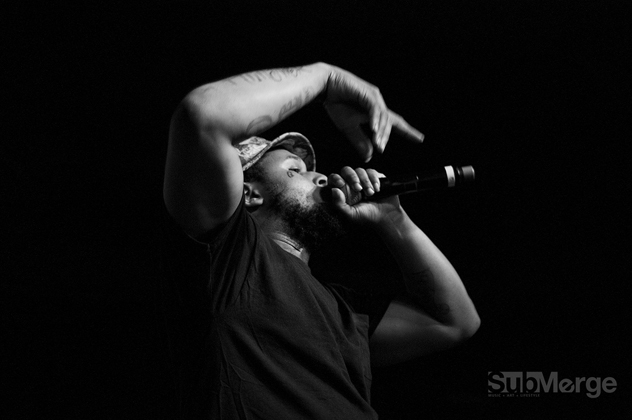 Although Schoolboy spits some about how tight he is like rappers commonly do, much of the themes in his rhymes come from an introspective, autobiographical place with more meaning. His music makes it clear that music is the thing that saved his life and got him focusing on being positive, spending time with his daughter, and made him enough money to where street hustle lost its allure.

By the time Schoolboy Q ended the show, everybody was turnt up as fuck. He was every bit as good live—in terms of delivering a spirited performance—as he is at creating immersive environments of exquisitely executed rap in the studio. Schoolboy Q is certain to hold a place in hip-hop history as one of its best, and I’m already looking forward to his next album release and tour which are sure to freak the freckles off my face again. 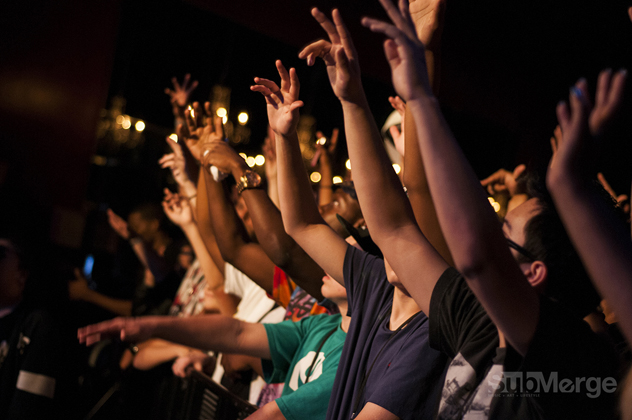