Scratchdog Stringband Set to Tear at Your Heartstrings at Bar 101 in Roseville • May 13, 2016 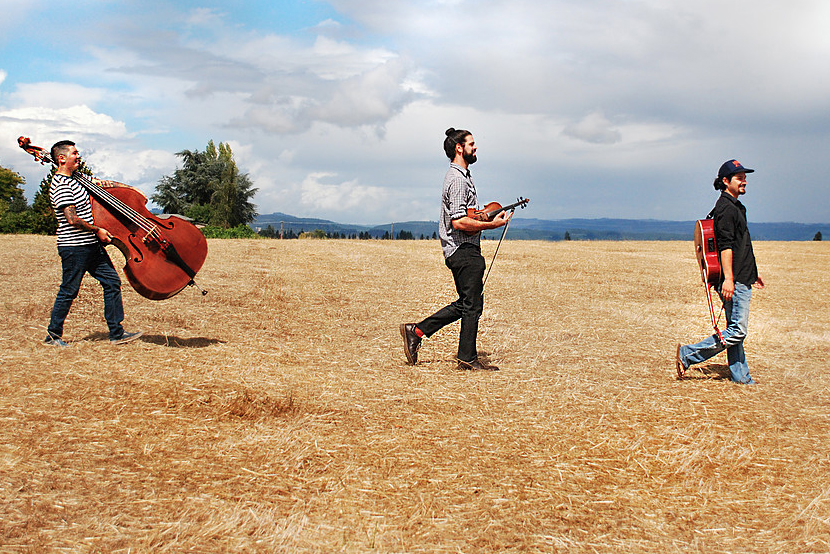 As luck would have it, Portland-based Americana/rockgrass act Scratchdog Stringband are releasing their first full-length album and are doing a two-week tour that includes a stop in Roseville’s Bar 101 on May 13. Submerge caught up with James Rossi (fiddle, vocals) to learn more about the show and Three Times Fast, the band’s new album. “We’ve played in Sacramento only once, back in January during a weekend tour through Lake Tahoe, which was massively successful,” said Rossi. “We played Shine cafe to a full and enthusiastic house. So yes, we are fairly new in the area and looking forward to coming back. It took us the first five days of February to record the album at The Hallowed Halls, Portland’s newest top of the line recording studio. We lucked out and recorded with a freelance engineer named Hawkins Wright, who we all quickly came to regard as our very own George Martin. We’ve been together for a little more than a year and recorded all the instruments live and overdubbed all the vocals live, with no additional overdubs, to keep the album true to our developed stage sound, which is what we feel we ended up with on Three Times Fast.” Sound cool enough? This show gets started at 9:30 p.m. and is free as well. Take a listen at Scratchdogstringband.com.