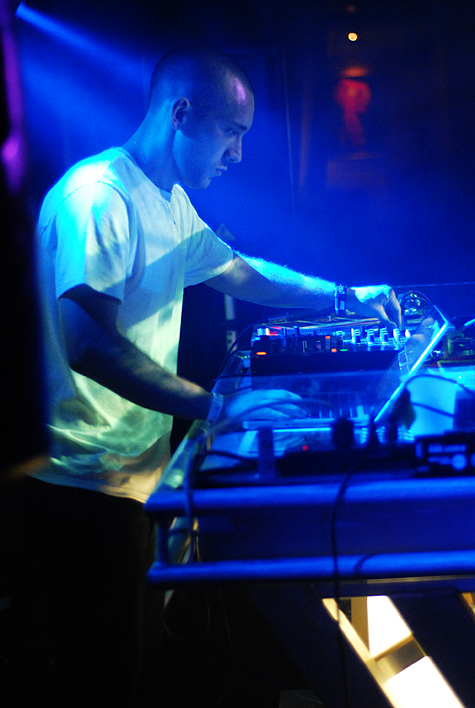 Day two was both a settling in and a tug-of-war between sub-genres. At any given moment, in the presence of any DJ booth, the vibrations tugged toward the posh club life, the trendsetting hipster cool of synthology, the dingy underground scene of warble bass drops or the distant past of trip-hop that conjured oriental delicacy. Night two was about playing the bar, hugging the stage, bro-ing down in the neon, hands up for MCA tributes and patio lounging with your shoes off to enjoy the Astroturf. 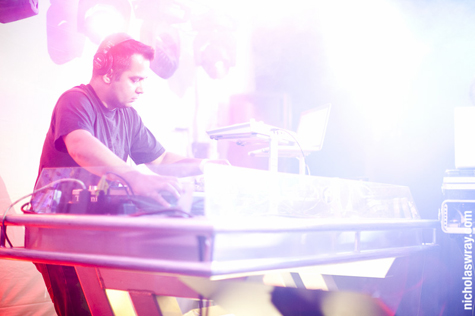 On the Harlow’s stage Billy Lane treated 11 p.m. as official “kick this shit in gear” hour, demanding energy with heavy drops and buzz saw riff manipulations. Upstairs, DJ Whores and Crook One traded off selector duties, spinning a refined set fit for a Grimey night, and proved why they are two of our city’s most elite on the decks. Meanwhile, sets from Tha Fruitbat, Night Night and Seventh Swami took the vibe back to the Command Collective days from the early-Aughts. 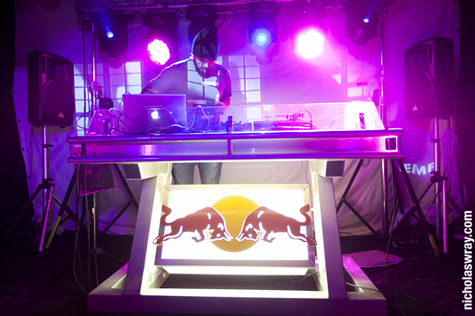 Headliner Mux Mool was a living conglomerate of the night’s mixed bag of performers. With a dash of each sound heard in the three spaces, the attendees swarmed to the main stage after midnight for head-nodding synth beats, peaking laser bursts, flourishes of 8-bit stylings and a few well-placed remixes of Method Man, Beastie Boys and The B-52s. He would slip deep into his album catalog, consisting of SkulltasteÂ and Planet High School, but never alienated an onlooker who might have lacked familiarity. A deep cut was followed by a sample of Method Man’s gravely drawl, rapping, “We keep it movin’, yeah, we keep it movin’” and Mux mirrored his sample. As the headliner, Mux Mool had the last dedication to Adam Yauch, aka MCA of the Beastie Boys, who passed away from cancer that morning. He incorporated his drum work to a “Brass Monkey” sample and replaced the remorse with an invitation to a castle in Brooklyn where a mixture of malt liquor and orange juice is the drink of choice. 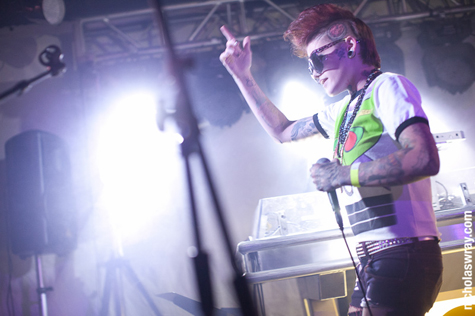 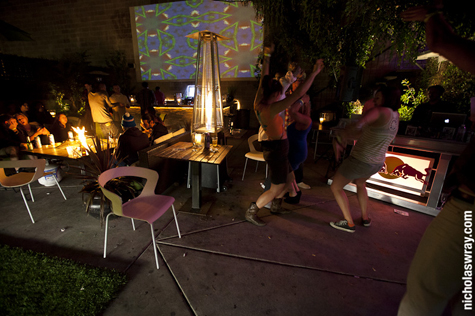