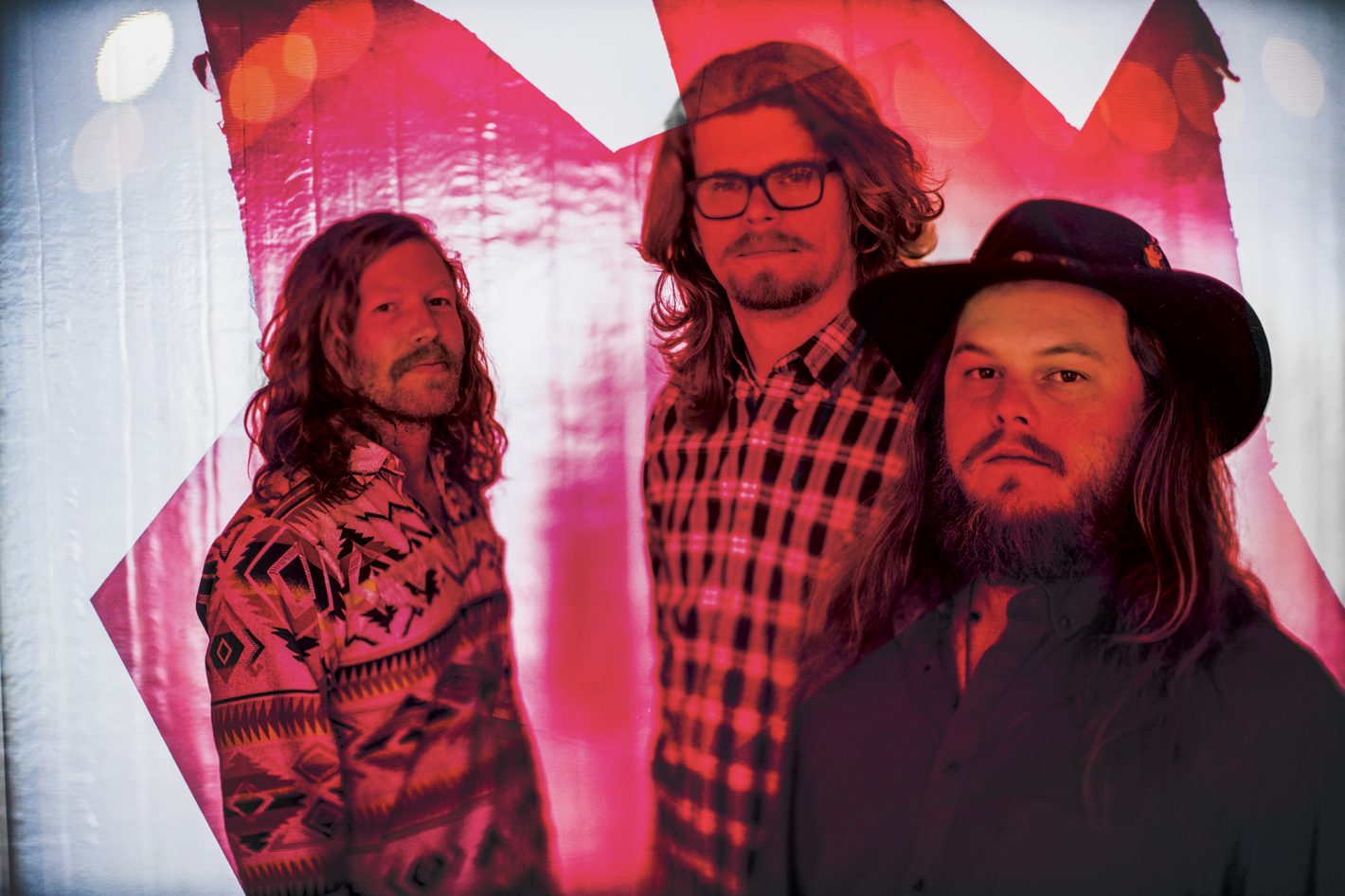 The typical formula is for a band to write and record an album, and then debut the material live. As any musician will tell you, those songs will continue to contort and evolve as they’re played live from night to night. What you end up with six months later won’t be the same as what was initially written and recorded, whether the changes are slight or drastic.

Shotgun Sawyer, a Sacramento rock band by way of Auburn, doesn’t subscribe to that backwards timeline. Everything they do traces back to the live show, which is why they routinely weave new songs into their set and concertedly gauge how the crowd is responding in real time. The new songs are living beings, and banging them out live is an essential part of the writing process.

Shotgun Sawyer plays a raw take on rock ‘n’ roll that’s spiked with some hellacious, riff-heavy garage, blues, doom and indie rock. Their new album, Bury the Hatchet, covers just about all of those bases within the first three songs alone. It’s a loose-and-loud approximation of their live show, where they unleash their real devastation.

A Shotgun Sawyer show is a visceral experience, at the same time comfortingly familiar and yet foreign and challenging. You’ll hear shades of Chuck Berry, Led Zeppelin, Rage Against the Machine and Black Sabbath, but taken together it’s distinctly Shotgun Sawyer.

The band met at Bear River High School in the foothills of Auburn, and started in 2015 when guitarist Dylan Jarman and bassist Brett (The Butcher) Sanders started jamming together, ultimately linking up with drummer David Lee, whom Jarman had played with in the past. They locked into a pretty natural groove early on and the band took shape under the moniker Thunderchief. They soon learned that the name was already taken, so they pivoted to Shotgun Sawyer with the release of their first album, which they titled Thunderchief as a nod to the transition.

During a phone interview in late March, I told Jarman I’d been looping the new record all weekend to ready myself for the interview. The songs lodged themselves nicely into the winter-to-spring transition currently taking place at my home in the Pacific Northwest. For the first time in nearly six months, the sun is cutting through the rain-drenched winter and this Shotgun Sawyer record served as the soundtrack.

Sonically, you can hear the heavy remnants of winter, but these songs are dropping shades over your eyes and igniting the flames on your barbecue. They’re not here to drag you into a pit of sluggish despair.

Bury the Hatchet will be released on Bay Area record label Ripple Music on April 19. Not only should you listen to the album, but you should allow it to do its job of baiting you out to their live show if you miss the release party, which will also include Vinnie Guidera and the Dead Birds and Ghost Mesa at the Press Club April 25. They’ll have new merch and vinyl copies of the record, and they’ll follow that with a tour through California and Nevada.

Below you’ll find an abridged version of my conversation with Jarman, in which we talk about songwriting, album art, shirtless drummers and plenty more. 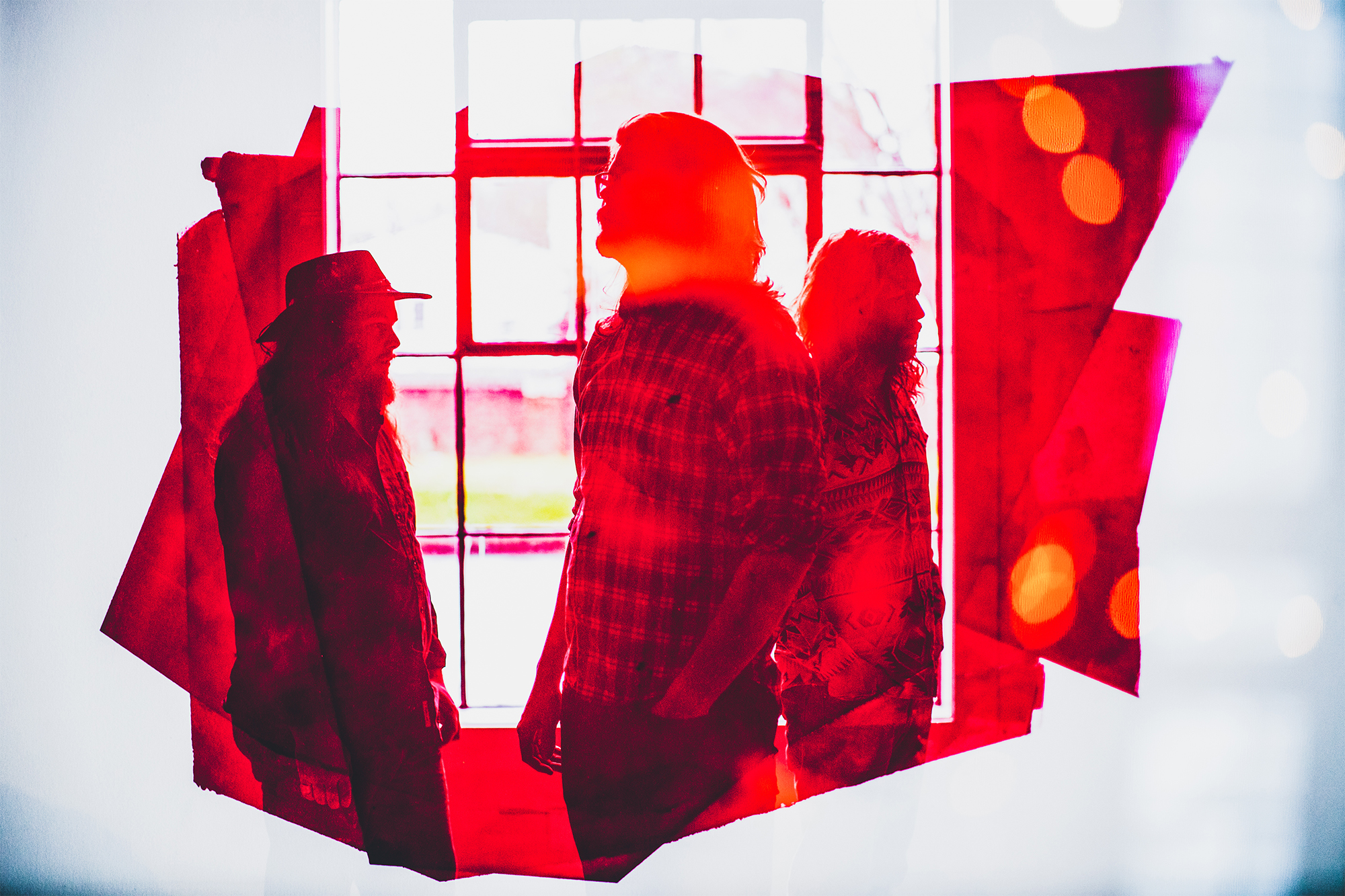 When someone asks what kind of music Shotgun Sawyer plays, what’s your answer?
I usually tell them we play rock ‘n’ roll. I consider what we do to be an original interpretation of what that phrase used to mean. It used to be Chuck Berry and Little Richard, then the Rolling Stones and Led Zeppelin and Cream. Those are huge influences on what we do. If you get into defining genres too much, you get into trouble. In its purest form, it’s rock ‘n’ roll.

So how did you arrive at your specific interpretation?
David loves jazzy stuff, Brett really loves Rush, and I really love Zeppelin and the Rolling Stones. All of those styles came together.

What was it like plugging into the Sacramento music scene early on?
As soon as we got serious about doing it, we looked for bands doing the same thing. We plugged into the scene through bands like Peace Killers and longtime friend of the band Joshua from Pressure Lounge, who made the connection between us and Mark Gonzales, who [books at] Old Ironsides.

What’s the process of writing a Shotgun Sawyer song?
It varies. If I were to typify some sort of general formula, I’ll bring little guitar pieces to practice and we’ll just jam on them for 15 to 20 minutes and see if that naturally leads to a second part. If so, we’ll make a little phone recording. Once it gets there, it’s really a collaborative experience—the three of us coming together. That’s what I love about it. If we feel like something is going somewhere, I’ll listen a bunch of times and feel out a vocal melody. The words end up being very natural to how I’m feeling that day or that week. They’re pretty pure expressions of whatever happens to be floating around in my life.

When you made your first album, you studied how the bands you admired packaged and presented their music. What was behind that decision?
The visual representation, for me, is almost just as important [as the music]. It’s the visual counterpart to this piece of your soul. You have emotional capital invested in this piece of art, and to have that represented by some random image would feel disingenuous. It’s important to represent it well.

Sometimes you play a record and look at the album art and you’re like, “Yeahhhhh. This is what this sounds like.” Most Zeppelin records are like that. There’s nothing worse than picking up a record that looks like something it’s not.

Did you set out to make a specific kind of album when you started writing Bury the Hatchet?
The songs come as the songs come. Every time I show a riff to the guys, almost everything starts with, “What does the live show need?” We needed a real fast, high-energy song to blow people’s socks off and lead the set. That’s where “Ain’t Tryin’ to Go Down Slow” came from. I imagine us on a stage performing it and how folks might react.

What was the recording process like?
We recorded all instruments down in Visalia. We’re good friends with the band Slow Season, and their drummer Cody Tarbell is an eccentric with vintage techniques, machines, sounds, mixing. He’s got all these old tape machines. We set up a bunch of microphones in his living room and played all of the songs live to tape, no instrument dubs. All in one or two afternoons, warts and all. We had the option of re-recording this song or that song over and were like, “no.”

The vocals were recorded with Pat Hills at Earthtone. He’s the best. He digitized all the tape recordings and I put vocal tracks down on all the songs. He did a little witchcraft in mixing and mastering and we sent it off.

You can hear some natural, unrefined moments between songs. How deliberate was that?
That’s the goal. It brings you into that room. When people hear these songs, I want them to feel like they were there. We wanted it to sound old school and organic with the tape hiss in there. You get acclimated and feel the room. It’s all part of it.

OK, last question, and I’m passing it off to our mutual friend, Vinnie Guidera: How many songs until David, the drummer, removes his shirt at the show?
The average is dwindling. For the sake of the shirt and not having to do laundry, he’s now taking the shirt off before we even start playing.

Into shirtless drummers and raucous rock ‘n’ roll? Then don’t miss the album release show for Shotgun Sawyer’s Bury the Hatchet Thursday, April 25, 2019, at the Press Club (2030 P St.). Vinnie Guidera and the Dead Birds, and Ghost Mesa open. Doors open at 8 p.m. and tickets are $10.