Cary Ann Hearst (Mississippi-born, Nashville-raised) and Michael Trent (Texas-born, Colorado-raised) became a couple around the same time they began collaborating musically. Both had released solo records before 2008, when they collaborated on Cary Ann’s album Shovels and Rope. In short order, they made that collaboration official, romantically and musically. With that, they packed their guitars and drums into a hatchback Mitsubishi Mirage and took their music to the road.

Also packed into that hatchback was a puppy named Townes—a nod to the legendary Townes Van Zandt. Watch a few Shovels and Rope videos on YouTube (recommended viewing) and you’ll find that Townes, the pup, is very much a part of the package. He goes on tour. He mixes it up with the crowd during the band’s NPR Tiny Desk Concert. He’s part of the family. He’s part of the band.

“He’s been traveling with us ever since we’ve been on the road,” said Michael. “He was a puppy then and now he’s 6.”

The Mitsubishi could only house the band for so long. Having garnered a whole lot of attention and praise for their first official album together, 2012’s O’ Be Joyful, they soon upgraded to a Honda Element, then a 15-passenger Savana van and then an RV. Now they tour in a bus, Townes often riding shotgun with the driver.

Growth has been slow and steady for Shovels and Rope, and now the family’s about to grow in another way: they have a baby daughter due in September.

We’ll get to that later. First, the music.

Shovels and Rope plays a rowdy blend of country, folk and Americana music. Their melodies are strong and simple, and almost always buoyed by the couple’s freeform harmonies. You can almost hear them watching each other as they sing in unison, each playing off the other’s variations, ready to deviate from structure and ride the whims of any given moment. The big songs beg you to sing and shout along. The mellower ones tend to reside in minor keys, haunting you with moody vibes.

Cary Ann’s path into music was paved by her dad’s old records—lots of Bob Dylan and old blues stuff. You can hear the southern lilt in her voice. Michael, on the other hand, was guided into music by early-‘90s rock bands like Weezer and the Violent Femmes, but he later gravitated toward story-driven songwriting as well. All of these sensibilities and styles show up throughout the Shovels and Rope discography.

Their latest album, Swimming Time, was recorded at the studio Michael constructed in the couple’s home. There’s a loose aquatic theme running through the album, but it feels less like an in-your-face concept than it does a thin thread that binds the collection of songs.

Modern takes on Americana and old-timey country music are a dime a dozen these days. At every craft brewery scattered across the continental U.S. you’re likely to find a few guys in their 30s with waxed mustaches and a vintage banjos singing songs about whiskey-soaked days spent hopping boxcars. It feels like hipster Halloween or Woody Guthrie cosplay at this point.

We can probably blame “Wagon Wheel,” which is unfortunate, because “Wagon Wheel” is a dandy of a song, both sonically and lyrically. But it was also the catalyst for the mainstreaming of a music scene built almost entirely on imitation, and often lacking in innovation and originality. It helped spawn a crop of music that fits wonderfully in the background at the brewery, but doesn’t offer much beyond that surface layer.

Shovels and Rope avoids this cliché at almost every turn. The songs start and end with Michael Trent and Cary Ann Hearst. The two are unbound by any one style or genre in a way that feels very natural and authentic. Most tracks are sung largely in tandem, with each taking turns singing harmonies and melodies. It’s hard to pinpoint which songs are Hearst’s songs and which songs are Trent’s songs. They even swap instruments with regularity during their live shows. Guitars, keyboards, drums, vocals: all duties are shared.

“We don’t even look at anything in an individual way anymore,” said Cary Ann. “We’ve been working together and on the road for five years. We just do whatever it takes to get the job done.”

The harmonies are all off the cuff. On one hand that’s surprising, because they blend beautifully. But on the other hand, it’s not like they’re layering together “Bohemian Rhapsody” or anything. They’re firing from their collective hip.

“There’s not a real plan when we record,” said Michael. “Sometimes we land on the same note and sometimes we don’t. It’s just instinct.” 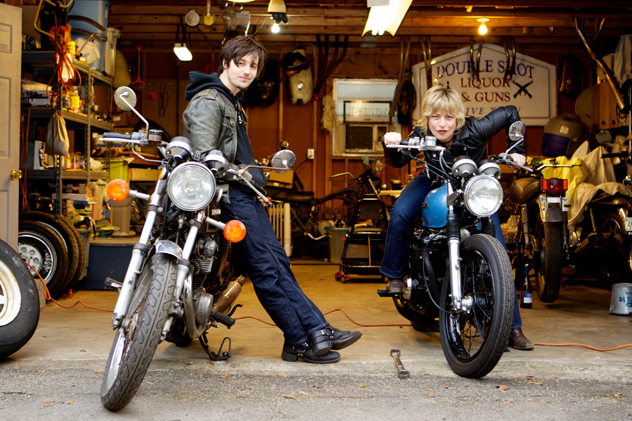 Shovels and rope has been steadily on tour since its inception. They played Sacramento last year as an opening act for Drive-By Truckers. That show was at Ace of Spades, where they’ll return on July 2, this time as headliners. The Black Lillies will open the show.

Summer is the time of year when the band uses their home in Charleston, South Carolina as a base, traveling by plane to select shows and festivals around the country rather than stringing together a typical “tour.”

“One day we’ll be in Seattle and the next day we’ll be in Atlanta,” said Michael. “Flying to shows.” Their tour schedule this fall, however, is uncharacteristically empty. That’s because they’ll be dipping their toes into the waters of parenthood come September. They shared the news of Cary Ann’s pregnancy in an Instagram post with a photo of a pair of baby moccasins:

“… Hey darlings! We would like to extend our genuine gratitude to all of you for loving our band and supporting us as we have traveled this whole world thru (well, USA, Canada, a little bit of Europe and Australia!) It has been an utterly mad adventure and we have relished it with abandon. We have had an amazing 2015 so far, having kicked it off with Jason Isbell on the eve of the New Year and now wrapping up our spring tour, concluding [with] support shows for The Decemberists. We are here in Charlotte tonight ready to “Poorty “ with yall and still have two scoops of dates scattered around the nation as if Jackson Pollock had booked the tour. We’re gonna be everywhere and nowhere!! With all this spring action popping off, You may have noticed our fall schedule pretty empty and some of European fans may have noticed that our names our missing from a couple of festival lineups on which we were previously listed. We figured we’d offer an explanation for our absence. The fact is that we are expecting a baby girl in early September and will be taking the fall and winter off to get our first handles on parenthood. We’re very excited and so far all is going well. We plan to get back on the road in the Spring and we’ll have a few tricks our sleeve and a whole new understanding of reality … We can’t wait! In the meantime, come see us while we’re still a two-piece.”

I asked how they anticipate a baby plugging into the Shovels and Rope routine, which is built on a whole lot of travel and music making. They answered with an unknowing but unworried tone that had become familiar by the end of our short interview.

“Parenting babies, whether done at home or on a bus, has to get done, and it has to get done well,” said Cary Ann. “We’re going to do it the safest and best way, no matter what.”

Hearst and Trent don’t have a roadmap for what parenthood will look like on the road, but they know they’ll put a whole lot of energy into it. The same can be said for the music they make, which bodes well for the couple’s soon-to-be-born baby girl.

Shovels and Rope will play Ace of Spades in Sacramento on July 2 with The Black Lillies in support. Doors open at 7 p.m., and the price of admission is $20. You can purchase tickets through Aceofspadessac.com. 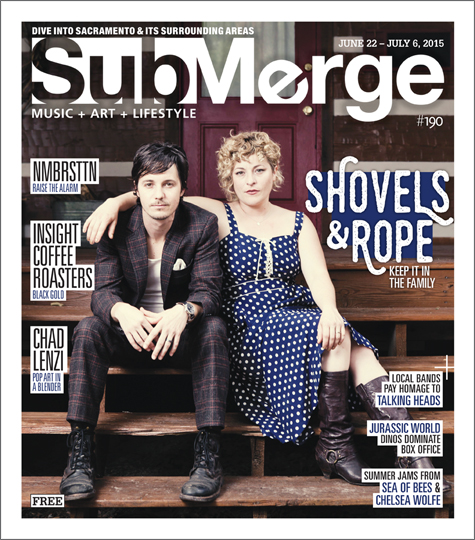