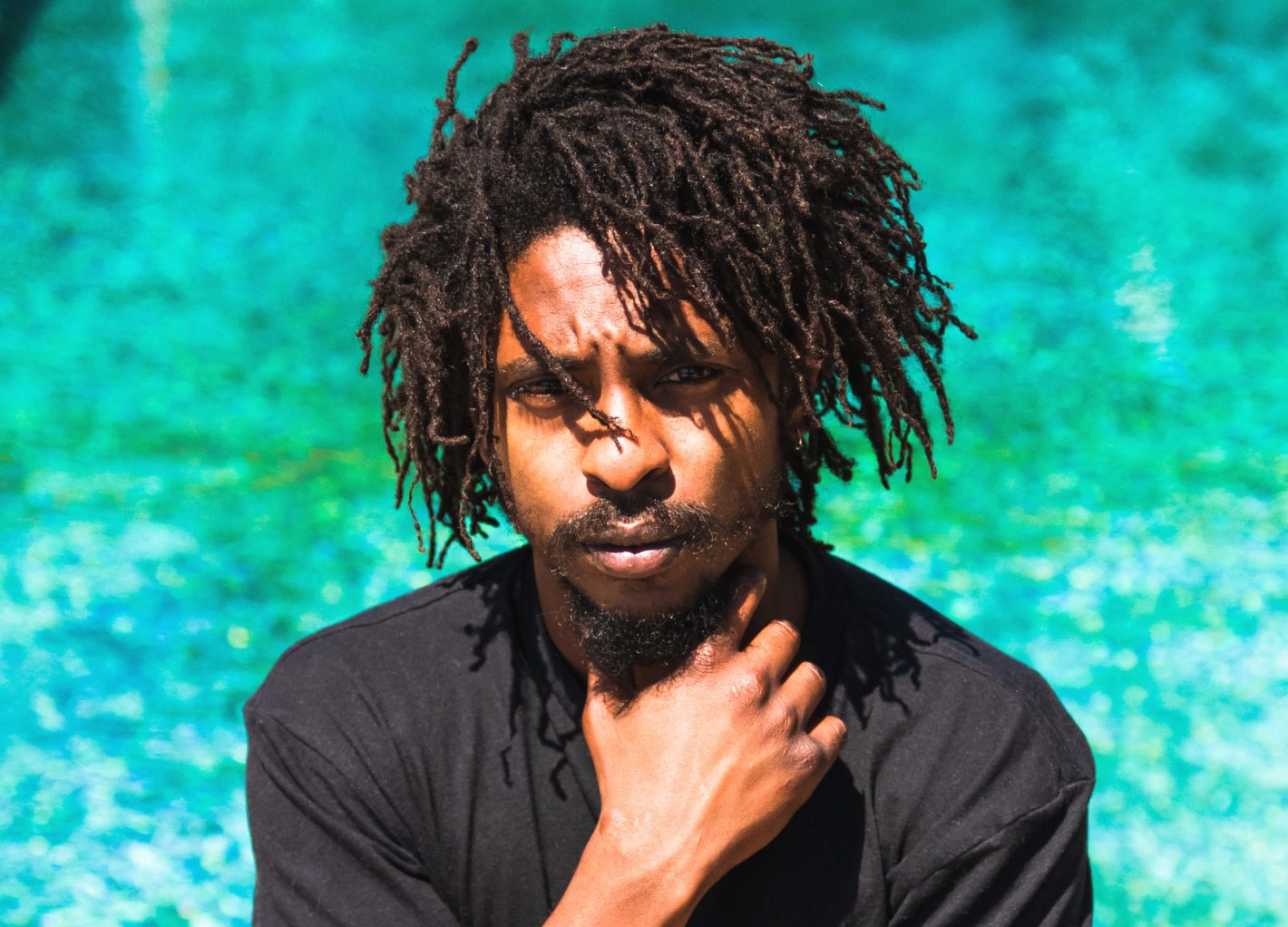 In the summer of 2008, amid college ragers and beach bonfires, many will remember a particular rapper blaring through the speakers. While being a mix of hip-hop and rock ‘n’ roll, don’t mistake Shwayze for Lil’ Wayne (i.e. Rebirth). His songs “Buzzin’” and “Lazy Days” (both featuring Cisco Adler) were quintessential to playlists promoting positive vibes, great times and smoking that magical green herb. While also the subject of a MTV reality show, Shwayze (real name Aaron Smith) burst onto the music scene, quickly rising to fame. And even though we’ve largely moved-on from ‘08 rappers (Soulja Boy and Chamillionare), Shwayze is anything but washed-up. Within the last decade since his “Corona and Lime”-era, Smith has been evolving just as his fans have.

At 33, the Malibu native is still making music moves but resides in New York taking care of his No. 1 fan, his 8-year-old son Hendrix. Smith’s love for his son is without a doubt, but for more proof check Shwayze’s Instagram (@Shwayze) proudly emblazoning “Dad” in the bio. It would be easy to assume Smith is a bit of a playboy based on his rapping persona, but truthfully he is the epitome of a down-to-earth homie juggling creativity, love and family time. So far he seems to be working it all out.

Today, Shwayze is in the studio constantly creating and, after a reunion tour with Adler earlier this year, is starting to release new music. “Travelin’” and “Back to the Beginning” features Adler and sends listeners on a nostalgic wave while Smith’s other releases like “God Gives” display his wise maturity that come with growing up. Shwayze will be playing Holy Diver on Tuesday, Dec. 18 and promises an event not to miss. Submerge caught up with Shwayze and talked Hendrix, new music and what he hopes for the future with a new album on the horizon. 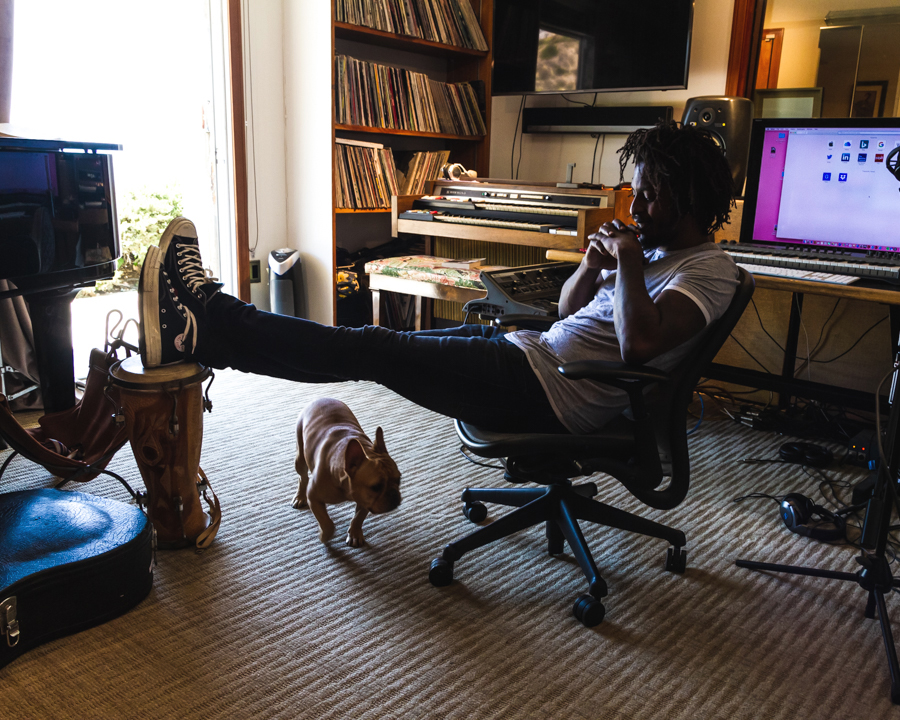 You’ve always had the persona of a Malibu/California boy, tried and true. Are you still out there writing music and living the California dream?
I’m actually in New York right now. I’ve been here for the last couple of years. It’s my son’s birthday this week and that’s where my head is at. He’s turning 8 and his name is Hendrix. He’s a Cali boy at heart!

Wow, sounds like a spitting image of his father. He must be just as creative. Does he want to go into music like his dad someday?
He’s super creative and as a parent I don’t try to push him into any specific direction. I want him to decide what he wants to do. Everyday he gets a clearer picture of what I do and recently his teacher [who happens to be a fan] approached me to come into the class and do something musical with the kids. I was like, “Let me ask Hendrix first because sometimes he’s, like, hyped on me being an artist and sometimes he’s like, ‘Turn that off dad!’” But he’s super enthusiastic about it [the idea of Smith coming into class]. Every time I bring Hendrix to the studio, he’ll be on the piano or on the beat machine, so I’m thinking maybe we could just do a little group workshop with the kids. I love records when they have big group vocals of a children’s chorus so maybe I’ll have them sing something for me and have that sample there for future music.

Earlier this year you did a nine-stop reunion tour with Cisco. It’s been about a decade since you both shared the same stage. Why tour together right now?
We hadn’t really talked in the last 10 years to be honest. We would bump into each other and see each other in Malibu now and then. He’s been doing his thing; I’ve been doing my thing. He got married and had a kid. I had a kid with my girlfriend and then got married and divorced. A year before the 10-year anniversary, I got reminded of the occasion. Someone tweeted me about the decade mark and then the seed was planted. We decided to do the shows together and it was super fun. I went to his house and within two days we made a bunch of new songs. We got into our creative flow. We had a good time doing it and maybe will continue to do it once a year. From our two-day session we came up with “Back to the Beginning” and “Travelin’.”

You’ve put out a few albums since 2008, including 2015’s King of Summer. But what else have you been up to the last 10 years aside from music?
I’ve been living and having a good time. My son is my world, and I’m playing daddy. In between, I’ve been able to play colleges and other shows while in control of my schedule. There was a traditional tour early on in my career when I was performing two months at a time. But now I hit cities close to each other and then come back home for a few weeks. Acting is something I’ve just gotten into. I got an agent recently and actively go on auditions. Maybe you’ll catch me on Netflix or the silver screen soon. So far I’ve done two faith-based films: Do You Believe? [with Sean Astin] and then God’s Not Dead: A Light in Darkness. I did this other movie that was like the first one I ever did. I don’t think it ever came out though and it’s sitting around somewhere, but it was me, Riff Raff … and Daniel Baldwin. It was called something like 420 Movie. I actually saw Daniel recently and he asked, “Whatever happened to that fucking movie?” Hopefully it pops up on YouTube or something.

Besides acting and being the best dad in the world, do you have other aspirations at the moment?
I think that because I love telling stories I would love to get in the production side of movies. Ice Cube is definitely an inspiration because he does both acting and writing. I’ve got a couple projects on the side actually—TV development ideas, movies and music. I’ve been working on an album for awhile. I haven’t put out an album since King of Summer, and I think I’m ready to put one out. I was kind of getting discouraged because of the concept that people don’t really fuck with albums anymore but I’m really excited to put a body of work together.

What leads you to believe audiences don’t respond to albums anymore?
I guess it’s not that they’re not messing with albums anymore. I just think it’s like an influx of music at all times so new music is already old in like the next hour or so. Like, people get over things so quickly with this information overload.

So what can fans expect to see in your new album?
I care about making music that’s classic and timeless. It’s a record that won’t try to be something it’s not, no matter what’s topping the charts at the moment it’s released. I think about the fans and I want to give them something I make sure will be dope. It’ll definitely include more summer hits but will go into a wide spectrum of genres and sounds.

In September, Eminem released “Killshot,” a diss track directed at fellow rapper Machine Gun Kelly. In the song, Em references you in a specific line that says, “Say you got me in a scope, but you grazed me/I say one call to Interscope and you’re Swayze …” What do you make of that?
Well Em is a really smart dude and I’m trying to figure out if he was really meaning me, because the thing is, “Swayze” in hip-hop means “to be out.” But I was repped by Interspcope back in the day so I don’t know. I loved it though, and other people who brought it up to me were all hyped about it and asked if I was going to respond. But I just had a huge smile on my face when I first heard the whole thing.

When you perform around the country, who do you see in the audience?
I see a lot of older couples at Cisco and Shwayze shows, but I see young college kids at my solo shows all the time. It’s such a wild mix from 18 to people in their late 20s. They are all usually dope musicheads ranging from fans of reggae to rock. Their has even been kids at my shows. Hendrix has been to a couple.

On “God Gives” (feat. Trev Case), it sounds like an emotional ukulele-driven production. Can you tell me a little about why you chose to release it?
“God Gives” is a bit more emotional with a ukulele vibe as opposed to “Peach.” I make a lot of stuff. I was listening to 20 different records that I have and figuring out how to release them into a project. I’m constantly thinking about that. These singles [“Peach,” “Travelin’,” “Back to the Beginning”] were just my way to give back to the fans even if I don’t put them out on the album.

Have you felt like you’ve made it?
No, I think I’ve lived my life the way I want to live, but I’ve always figured out how to get by well. My son is at an age where he knows what’s up. He’s always watching me. I think everything is at a good space where I can really focus on a record. There are other things I wanna do but right now I’m gonna start with this album and continue dropping singles this year. It [the new album] should be a fun one.

Catch Shwayze on his tour stop at Holy Diver in Sacramento on Tuesday, Dec. 18, 2018. Also performing will be #Trending and JJ, Bllaine, Trev Case and Memory Bank. This is an all-ages show. Doors open at 7 p.m., and tickets are $13–$15. For more information visit Holydiversac.com.