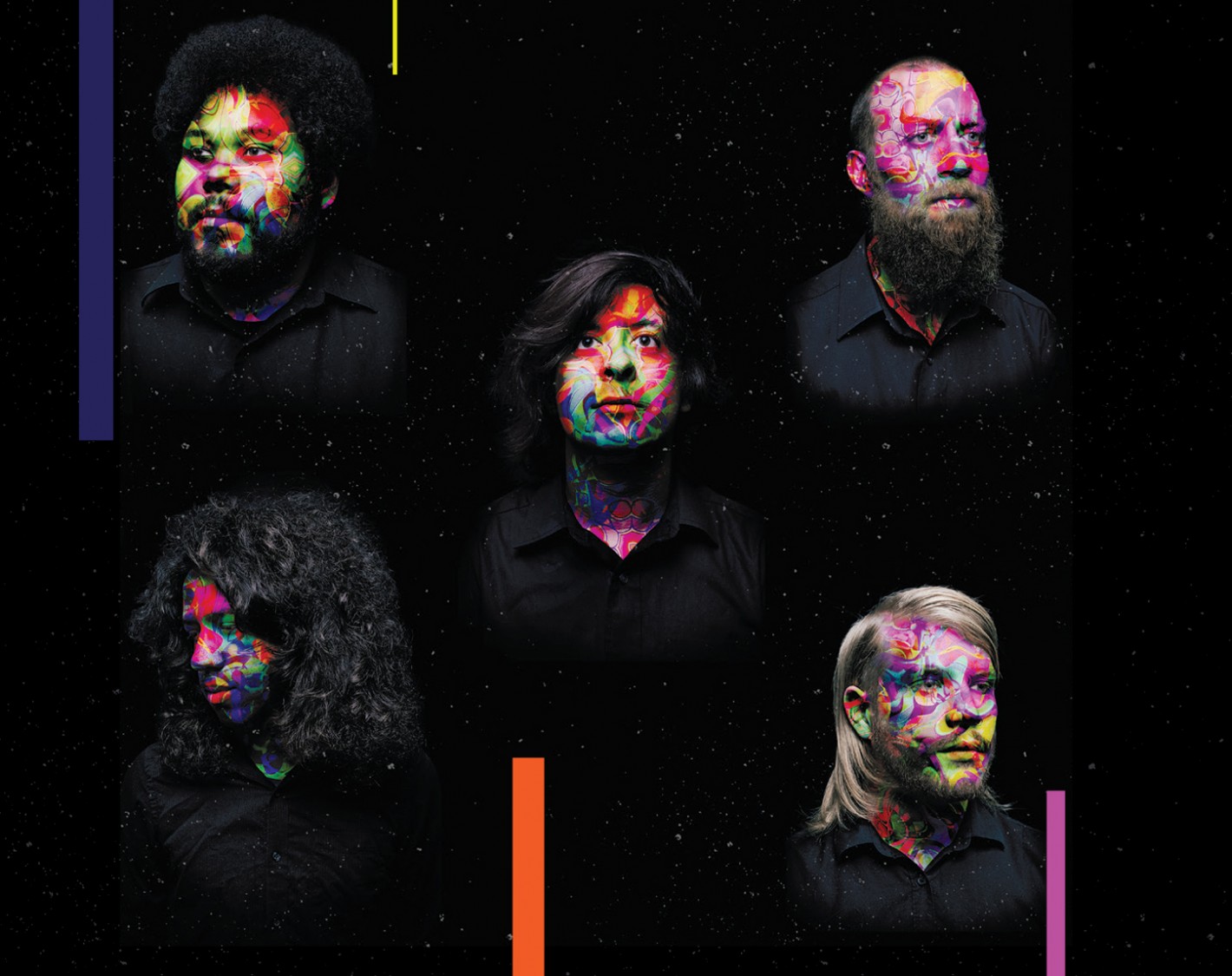 If existing as a band separated by state lines, conflicting tour schedules and regular old life hiccups were big hurdles to leap, no one told Sianvar. The post-hardcore supergroup—consisting of Will Swan (Dance Gavin Dance), Donovan Melero (Hail the Sun), Sergio Medina (Stolas), Joe Arrington and Michael Franzino (A Lot Like Birds)—are without a doubt one of the hardest-working musical entities currently making the rounds not just in the Sacramento area, but probably in much of North America.

When I catch up with Medina, he’s pulled over at a truck stop with about a two-day drive left to his home in Las Vegas from outside New York City, where his band Stolas has cut their sophomore record with producer Mike Watts. Medina is doing the long haul at a brisk pace in order to have enough time to relax and rehearse before Sianvar begins a month-long tour throughout the West Coast.

On top of the rush between his recording with Stolas across the country and the impending Sianvar record release and tour, vocalist Melero recently completed a run of dates with Hail the Sun after finishing up the band’s third full-length, Culture Scars. Swan and Dance Gavin Dance have plans for a new record, as does A Lot Like Birds, both of which will almost certainly call for touring. It’s a maddening-sounding schedule that necessitates a lot of long-distance decisions for Sianvar.

“I used to think ‘fuck, how would that work as a band?’” says Medina of Sianvar’s scattered members. “That didn’t seem like a way to function in my head. It’s been perfectly normal for us in Sianvar, though. For me it’s just something we gotta do to operate and continue, and to me it’s not very much a big deal.”

Stay Lost, Sianvar’s debut LP, assumes a frantic pace not unlike what you’d expect the sum of each member’s other bands might coalesce into. Heavy guitar effects add sonic flourishes to progressive technicality on songs like the album’s first single, “Omniphobia,” a paranormal meditation set to caterwauling emo aggression. Fans of Melero’s Hail the Sun will revel in his Anthony Green-like range, while fans of post-prog giants like The Mars Volta will hang on every chord change and phrase manipulated by the Swan-Medina tandem. It’s a relentless kind of racket best served repeatedly for its full effects to become absorbed, like any good progressive band.

The songwriting, according to Medina, and as you may well imagine, can be tedious.

“Sometimes something will stick and I’ll want to change it and put it under a microscope and say, ‘Why did we do this? Why don’t we do this?’ explains Medina. “Will will say, ‘Why do you want to change it? It already feels good.’ I think as a musician I want to think something cool shouldn’t have sprouted that quickly. There were a lot of times when we were writing the album with those kinds of moments where we’d do something cool and then Will would get out his phone and we’d record very quickly so we wouldn’t forget it.”

Adding to the disjointed nature of the record is the fact that by virtue of the band’s schedules, they went in weeks apart for the recording sessions that resulted in Stay Lost. Far be it for you to be able to tell, though. Songs as frantic and ruthless as “Anticoagulant” or “Psychosis Succumbing” are testaments to the band’s innate songwriting chemistry—a melodic maelstrom made explicitly for the sordid corners of your psyche.

Despite the extra effort obviously necessary for Sianvar to exist, Medina insists that the band member’s other groups are supportive.

“It was a little delicate at first for A Lot Like Birds because it was their whole rhythm section playing in Sianvar,” admits Medina. “That quickly blew over, though. Stolas is the newest band out of the four of us, so we’re at the bottom, but anything that’s come from Sianvar has only helped us. My bandmates have always been cool with that.”

It behooves Medina and the rest of Sianvar to strike out with their own identity, too. While the band can’t help but wear its incestuous influences on its sleeve, Sianvar is probably more concerned with being super good than being a supergroup.

“Nothing we’ve come up with has been deliberately trying to be this or that,” says Medina. “It’s bound to happen that some parts end up sounding like DGD or Hail the Sun. But we definitely strive to make sure this band, not only musically but with the way we present ourselves, goes with Sianvar’s vibe and makes it different and makes it standout as its own other band, not just a side project of a bunch of musicians.”

Produced by Dryw Owens at Roseville’s Little Russia Recordings, Sianvar embellished their lofty aural alchemy to huge heights, with Owens encouraging the copious use of pedals to propel the band’s strong rhythmic talents to wall-of-sound levels. Songs like “BedRoots” are practically void of dynamic shifts, approximating the kind of fantasy-prog decadence of Yes, Trans-Siberian Orchestra or the indulgent depths of black metal luminaries like Gorgoroth.

Interestingly, it’s probably safe to say that Sianvar’s muses were nowhere near any of the aforementioned artists, and it’s ironic that toward the end of “BedRoots,” some of the jazz fusion leanings of Swan’s DGD-compositions are finally unveiled a bit. The band’s fearless exploration of deafening squalls of sound is admirable, if only when it’s contrasted a bit by a spoonful of soulful sugar.

With so much on the horizon for each member of Sianvar’s other bands, it’s unsurprising that it will be difficult to maintain the momentum for the group beyond the upcoming tour and release, being facilitated by Swan’s label, Blue Swan.

Sianvar will be celebrating the release of their first full-length Stay Lost on Aug. 5, 2016 with a show at The Boardwalk, located at 9426 Greenback Lane in Orangevale. This all-ages show will get started at 6:30 p.m. with special guests My Iron Lung, Save Us from the Archon, Subtlety and A Foreign Affair. Tickets are $12 in advance, $14 the day of the show and are available online at Theboardwalkpresents.com. 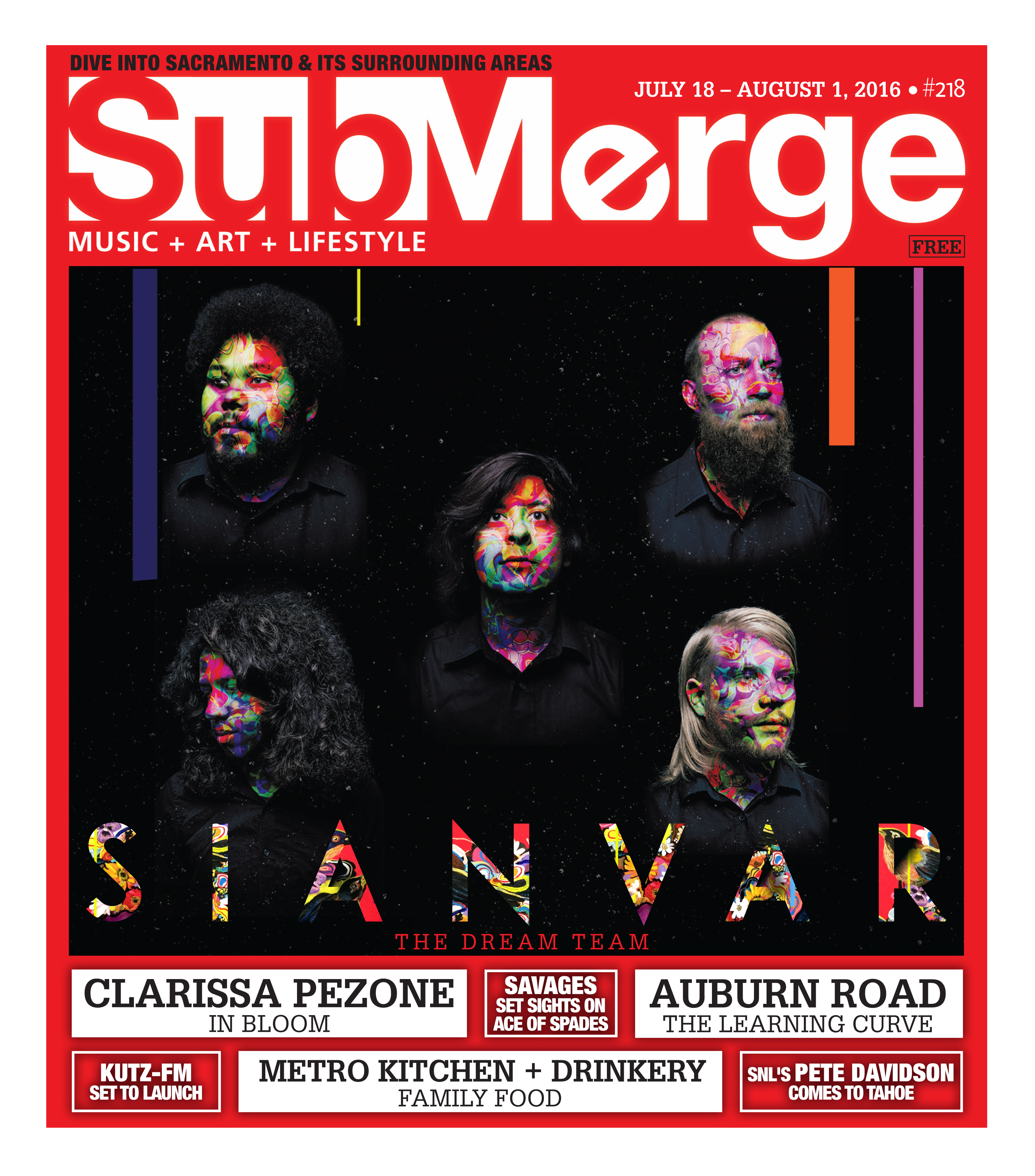