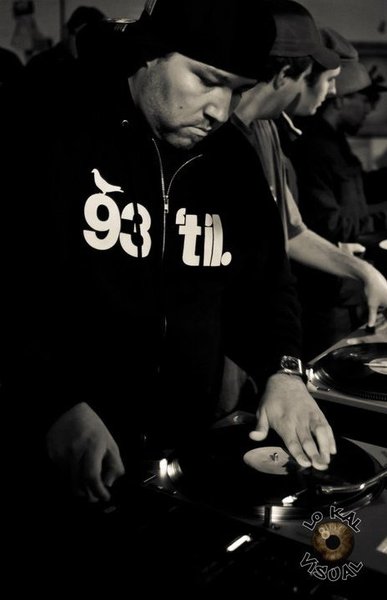 A notice to all hip-hop heads, B-boys and B-girls, battle rappers and DJs: you will not want to miss Skratchpad Sacramento’s upcoming Head-to-Head Skratch Massacre at the Blue Lamp on Thursday, Oct. 25. In this head-to-head scratch battle, each competitor will alternate between eight bars in two-round heats where only the best shredder will move toward the coveted winner’s circle.

“I came up with the idea for the battle pretty much when I decided to bring back Skratchpad Sacramento,” DJ Nocturnal (pictured), the event’s organizer, recently told Submerge. “I just wanted to wait until we had some successful shows under our belt and had built back up our fanbase before introducing a battle to our community of shred heads.”

For the event, each competitor will have downloaded and will use the “Official Skratchpad Sacramento massacre battle looper,” made by world famous DJ and loop master Doc Jeezy. This, in a way, levels the playing field. As of press time, Nocturnal had 14 confirmed DJs and turntablists (16 will be the maximum amount), and he says they are “all pretty amazing and skilled scratch artists.” He should know. Having toured and traveled all around the country, Nocturnal says that the West Coast knows what’s up when it comes to scratching.

“I met a lot of talented DJs/Turntablists that all share the same passion for the decks as the rest of us,” he said. “But I gotta say in many situations it seems like hardcore scratching is a West Coast style. Now don’t get me wrong, there are tons of dope and amazing scratch DJs from all over, but something about the West Coast and Cali in general tends to breed some of the dopest around.”

See Chuck Flava, Luke Scratchrocker, Mike Colossal, KidTwist, Dose, Iso Skratch and many more do things and create sounds with turntables you never thought possible. Event starts at 9 p.m., is for those 21-and-over only and there is no cover.