For more than 20 years Slick Rick has rightfully donned the title The Ruler. He is the original rap Liberace, who epitomized flash and style with a gaudy elegance; the storyteller who influenced an entire culture with his elaborate and witty narratives, and has maintained his exalted legendary status in the face of defamation and turmoil. From his timeless party rockers “La Di Da Di” and “The Show” to his undeniably classic albums The Great Adventures of Slick Rick and The Art of Storytelling, down to the countless songs he has blessed alongside artists from Outkast to Jay-Z, The Ruler’s reign in hip-hop is forever.

As illustrious as his music career has been, it has been severely inhibited by one mistake and a seemingly endless nightmarish bout with U.S. Immigration and Naturalization Services. The British-born MC has fought for over a decade to clear his name, and on May 23 received a full pardon from New York Governor David Paterson, potentially putting an end to the threats of deportation and injustice he has endured. It’s been a long time coming, but the relief from the constant stress will allow hip-hop’s beloved raconteur to focus on what he does best—create and perform.

Headlining the first annual Flashback Friday Fest on June 27 at the Sacramento Memorial Auditorium, alongside Naughty By Nature and H-Town, The Ruler will prove once again why he is a bona fide icon. Many have taken a page from his book, but there will only be one Slick Rick.

Things really got started for you with “The Show” and “La Di Da Di.” Can you talk about the evolution of those songs, and how they evolved from club routines to the classic records they are today?
Doug E Fresh was the Human Beat Box, which means we didn’t need to hire anybody. He would just do his beat box, and I’d do a story on top of it, and there it was. You could go to any club and as long as they had two microphones we could make a party. Doug was already signed to a record label, and I wasn’t, so Doug decided that he wanted to make a record. He stepped to the people that he had to, and they agreed to let him make the record. You know, you tell Doug E what record to mimic, like I’d say mimic “Impeach the President,” which is what “La Di Da Di” was based on, and he would do it with his mouth. So he mimicked the record and I did the rap that I had already wrote and knew by heart, and it took off right away.

And from there you went on to sign with Def Jam.
Well, the thing with Doug E Fresh, the paper wasn’t great. I understood it was his deal and his money, but when it came to splitting the dough”¦OK, let’s say we got $6,000 between the two of us, and plus he got two DJs, but you only get $600 of that. I said to myself, “I feel like I have the potential to get more than that.” I understand this is your ship, I figured I shouldn’t ride on it too hard, but I was like I should at least get $2,000 of the $6,000, or something like that. So I figured I should just step off, and go do my own thing. No hard feelings. So then Def Jam came into the picture, and, you know, I went with Def Jam. I was probably 21.

On your first album The Great Adventures of Slick Rick I know there was controversy around “Treat Her Like a Prostitute” when it first dropped. Did you anticipate that or was it a shock to you when it came about?
Well at that age, you’re not trying to ruffle any feathers, you’re just trying to have fun. It’s the adults that come in and try to play the role. As a child you’re just writing raps to entertain your age group and your audience. “Treat Her Like a Prostitute” was really just a goof on relationships. You know coming in and finding the mailman’s pants—that stuff is humorous; it’s not for critics to come in and dissect and all this other junk. Regardless, at that time, that’s how a younger adolescent was looking at life. I wasn’t saying treat women like a prostitute in the harsh sense of the word; it was really to say when you’re with your chick make sure you’re sexually satisfied before you’re spoiling her because”¦I don’t know how to break it down, but that’s what I was thinking. As you grow up and get older, you realize those words were kind of harsh. You don’t want to hurt nobody’s feelings; you got a mother and a sister too. But everyone forgets the second line, “Don’t treat no girl well until you’re sure of the scoop.” Most people run with the first line; oh, he’s just using women and throwing them in the garbage: “I don’t want him as no son-in-law.” But the second line, “Don’t treat no girl well until you’re sure of the scoop“; scoop means information right? What’s this information on this girl you’re with? Is she out to use you? Is she genuine? What’s the record? Is she just after your dough, or is she going to talk to your friends later? Those were just cute stories to prove my point.

I want to talk about Behind Bars and The Ruler’s Back. I’m curious how you view those albums. I feel like cats don’t talk about them, and considering the situation at hand—dealing with an attempted murder conviction—they were pretty dope.
Those albums were rushed. There was a lot of pressure. I’m on this label where I’m not getting no money, doing all this work and not getting no dough. Def Jam at that time, under those dudes, they were very crooked. When I was with Doug, I would at least walk away with something. Now when I get with Def Jam, and I’m forced to make a whole album”¦and the Doug E Fresh record went Gold and I at least eventually got $40,000. But when it came to Def Jam, my record went Platinum and I didn’t get shit! It became hard to”¦it starts to frustrate you. You start feeling like you’re a slave in bondage and shit. You got to stay current, and you’re feeling pressure from other styles. So now it’s not fun anymore, and it becomes a job. Then not to mention the case I was going through. Those two albums, I wasn’t in a relaxed element. The raps were too fast, and plus, half of it was made without me being there. There were a lot of bad things. I’d say those two albums were a learning experience when you look back as an adult—pressure from other artists or trying to compete with other styles instead of sticking with your own. And then like I said about the record label, how can you make a platinum album, a classic, and you have a lawyer, an accountant and all these things in place so nobody can treat you like you’re stupid, and then they still rob you! They took everything, and left me to pay the taxes on the money they took. Isn’t that crazy? I mean imagine if you made a platinum album back then, and made it for peanuts, you just made somebody like $15 million. If you made somebody $15 million, how do you end up getting nothing and the next thing you know you’re un-recouped $2 million, and God knows how much they said I owed the IRS. So that with the case, so you know. Crooks will be crooks, next thing they’re considered prestigious, but that’s life.

To end things, can you discuss everything that has been going on recently with the pardon from Governor Paterson. I know you can’t go too deep into it, but can you give people a glimpse into the process leading up to this point because I know it didn’t come out of nowhere and that you have been fighting for years.
Well, my whole case started in 1990. The INS situation has been going since like ’93, and has just been dragging on since then. So it’s been over 15 years over a small technicality. The governor felt my pain I guess. A long time ago he had vouched for me when I was fighting INS almost 10 years ago, and I had won my case back then too. Then with Homeland Security and this technicality, it resurfaced again, and it was becoming monotonous. You’re supposed to judge someone on their character not technicalities. We made laws to protect good people, and not let them sit there and be abused. I guess that’s why Mr. Paterson came in and said, “I’ll give you a pardon to wipe away all this stuff.” I did more time fighting INS than dealing with my actual crime. Can you imagine that? I’ve sat in jails more years fighting INS than I did for my actual crime. That shows you right there. That doesn’t make any sense. If you commit a crime, you go to jail and do your time. You shouldn’t serve more time in jail to decide if you are worthy to stay in the country or not. That is not a crime that is punishable for jail. I’m talking years, two here, another two there. It took a human to come in with some compassion and good common sense to see that, and that’s what Mr. Paterson did. 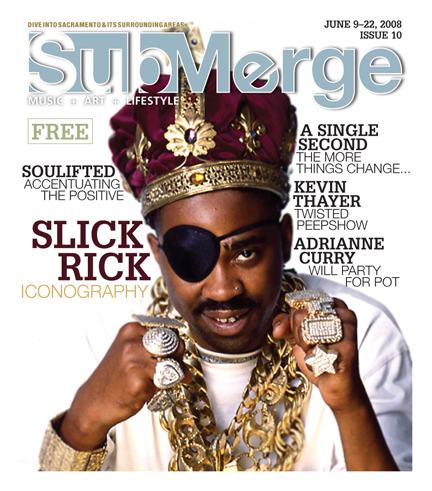