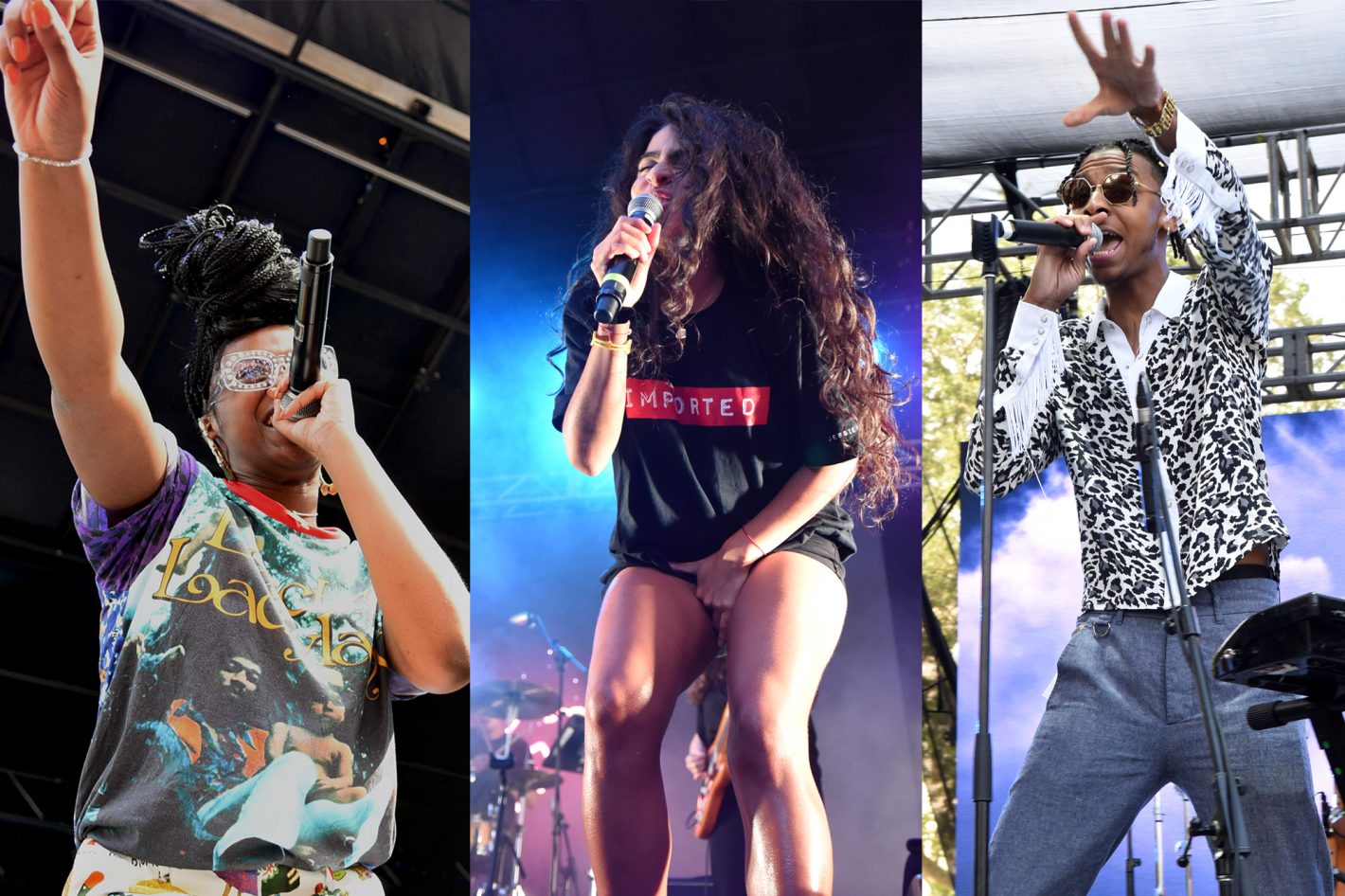 All Photos by Melissa Welliver

The weather is getting warmer, and the days are getting longer. That can only mean one thing: it’s festival season.

This year, one of the newest festivals to BLUME (ha, get it?) is Sacramento’s very own Sol Blume. Now in its second year, the festival’s curators provide a unique spin on the traditional festival blueprint. Whereas you would normally see a lineup that focused on making you want to twerk, mosh, scream or a combination of the three, Sol Blume chooses to pivot in a new direction. In a world where chaos feels the norm, and we are constantly inundated by over-stimulation, music can often act as our brain’s temporary respite. Sol Blume is just that. A respite.

This year’s lineup was stacked with a beautiful balance of major headliners like Miguel and Jessie Reyez alongside up-and-coming indie stars like Jess Connelly and Summer Walker. While most of the artists would have fit well in that neo-soul/R&B/chillwave section of your favorite Spotify playlist, there was just enough hip-hop blended in that your energy was taken on a journey from amped up, to relaxed and mellow in a matter of set shifts.

“It was a magical day,” Sol Blume co-founder, Justin Nordan recounted when I caught up with him a few days after the show. “I think people are starting to understand what Sol Blume is all about. Positivity. Diversity. And the chillest of vibes.” 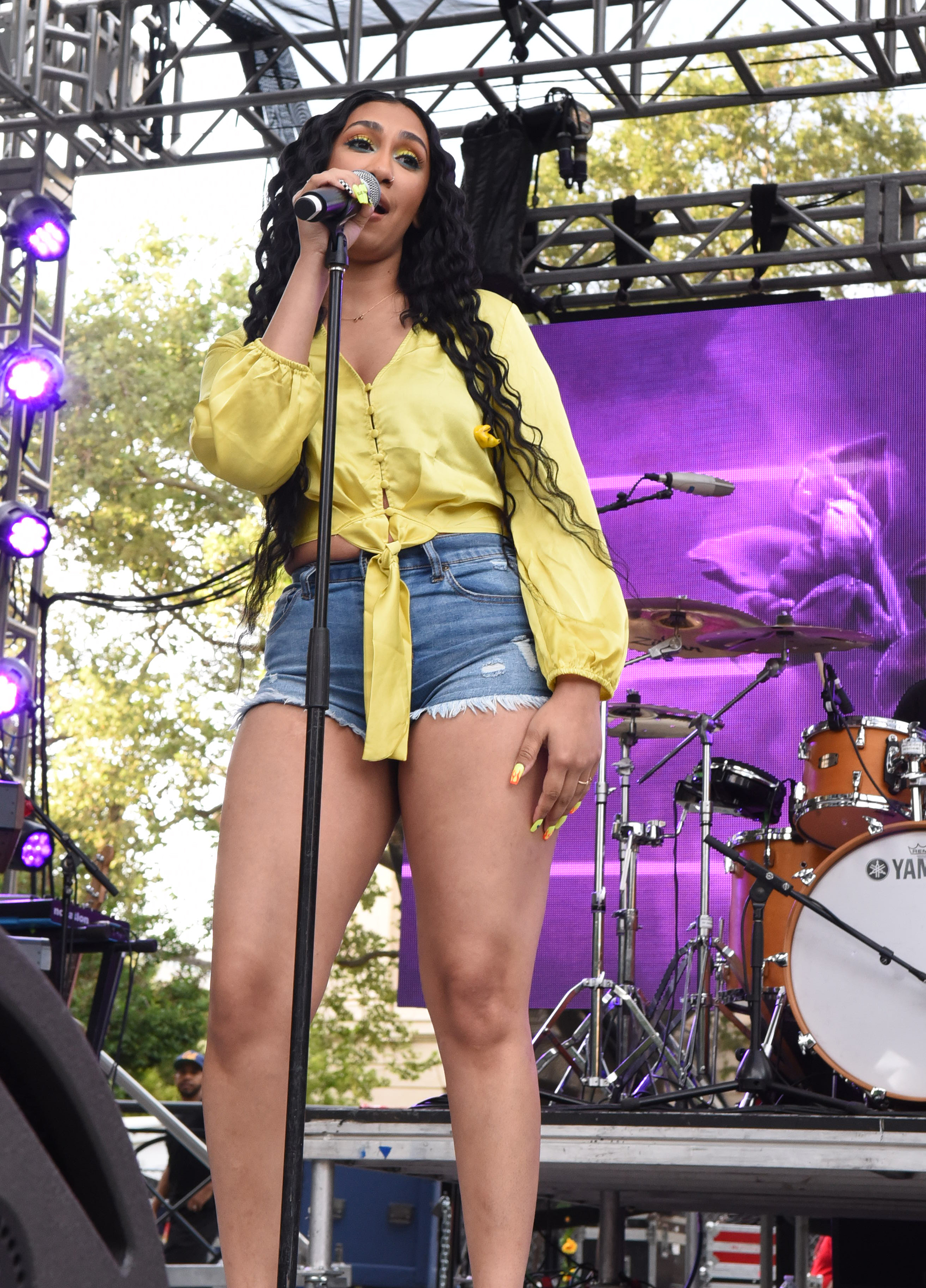 Magical is a fitting way to describe the day. Scores of early birds lined the sidewalks of Cesar Chavez in fevered anticipation as the day crested. Food trucks lined the block, acting as glistening aluminum beacons with wafting smells of fried chicken and carne asada filling the early afternoon air, making folks even hungrier to get in.

Entering into the main gates, you were greeted with bursts of color from the Sol Blume flower wall, the brightly colored banners fluttering in the perfect spring breeze and the technicolor sights and sounds of activation spaces sprinkled throughout the park—such as the larger than life Sol Blume mascot, Sol Child, primed for the selfie, and the Hella Good Company Lounge, perfect for people-watching. In fact, hanging around the activation spaces long enough gave you access to a whole other kind of show. The kind where you were able to watch the great lengths some would go to in order to be a part of all things Blume. 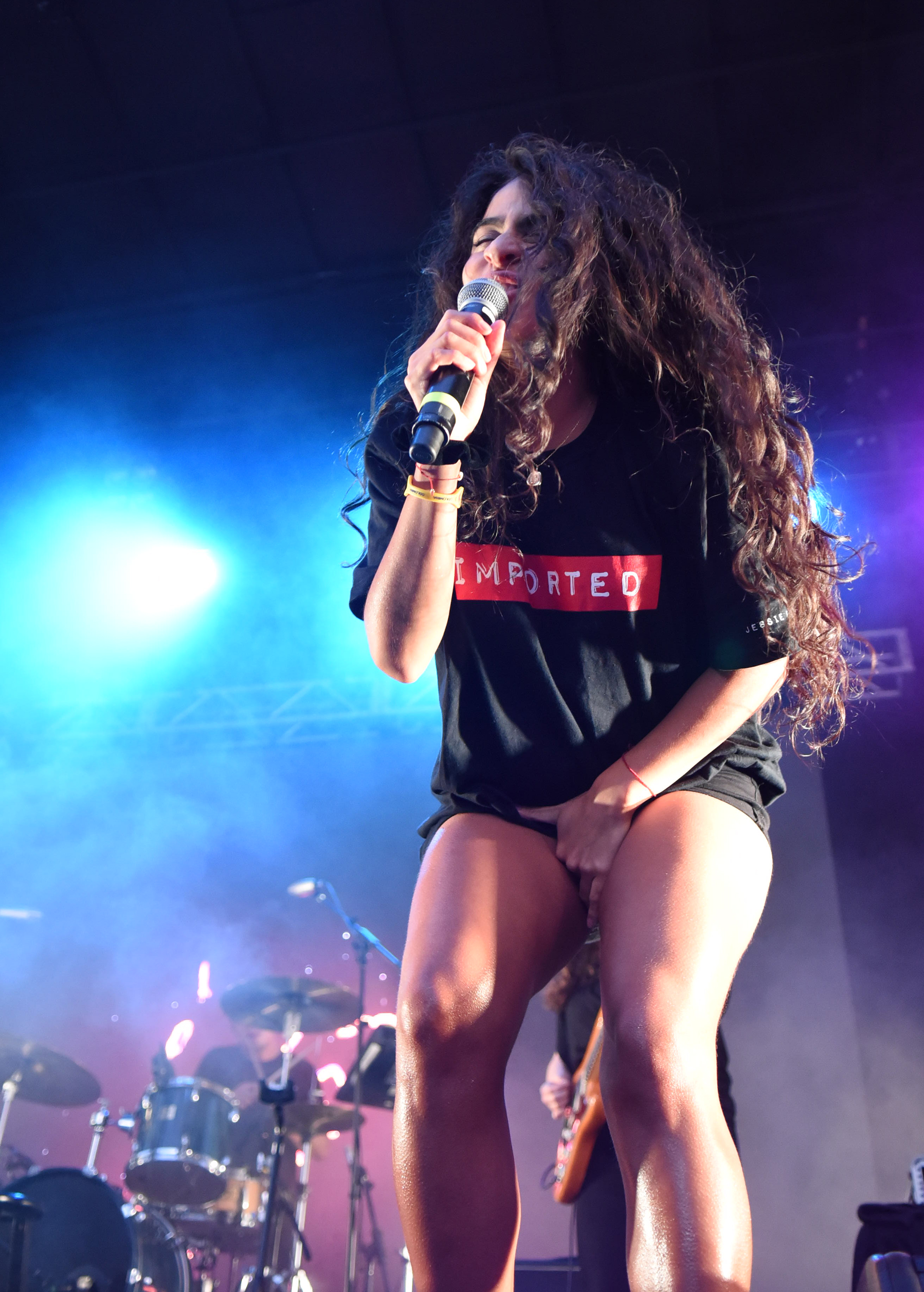 “I watched a person sprint away from a security guard at an impressive speed while holding their backpack like a football. As they rounded the corner of the Hella Good Company installation, we thought hope was lost but they Heisman’d on them and managed to escape,” recounted festival attendee Vanice Dunn.

“She had originally been caught sneaking in and was kicked out, but she managed to weasel her way back in,” Brandon Shimabukuro (aka Soosh*E) added as we discuss the events of the day. Shimabukuro is a member of the Hella Good Company team, a group of curators responsible for some of the most unique pop-up events in Sac, as well as one of the most popular activation spaces of the day. “When they figured it out, she sprinted through the shit and ran past us to go hide in the ID check booth and offered the ID check guy $100 to tell security that she was with them. When security got to her, she was sitting in a chair in the booth like she’d been working there all day. It was by far my favorite visual.”

“So what you’re telling me, is that people were basically willing to do some mainey stuff to be able to be a part of Sol Blume?” I asked, as I laughed at his recalling of the day.

“There it is. That’s exactly it. And if you missed it? You missed out,” Shimabukuro replied. 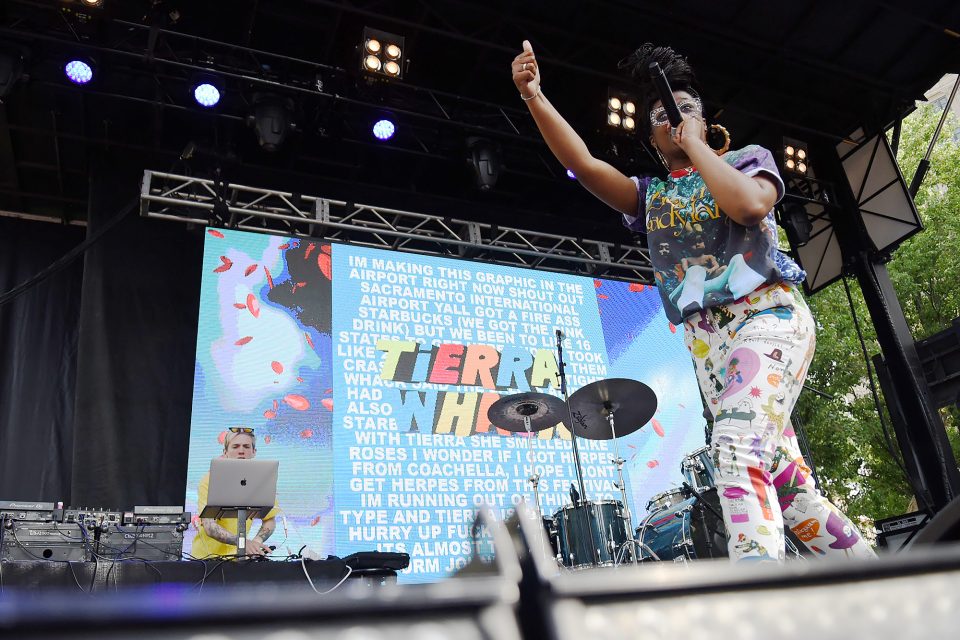 While the variety of visuals set the tone and the food sated your hunger, it was the carefully curated line-up that set Sol Blume apart from its festival counterparts. While so many festivals are three-day bangers with non-stop turn-up that leaves you exhausted and dehydrated, co-founders Nordan and Fornati Kumeh set out with intentions to create a space that made you feel like you were in your backyard with a ton of friends, having a cookout while your favorite playlist blasted in the background. They chose artists that struck a balance between larger-than-life headliners and obscure indie gems and staggered the performances to make sure that festival-goers were able to catch each set, allowing attendees to discover as many new artists as they could before settling in to watch their favorites—though in my opinion J.I.D, Tierra Whack and Masego were the all-around stand-outs.

Tierra provided that much-needed burst of energy as the festival day began to turn into the festival night. The excitement that emanated off Tierra as she took the stage was something you could feel whether you were two or 200 feet away. It was that excitement that translated to pure electricity as the performance went on, with the set acting as the plug that gave the festival a quick charge. 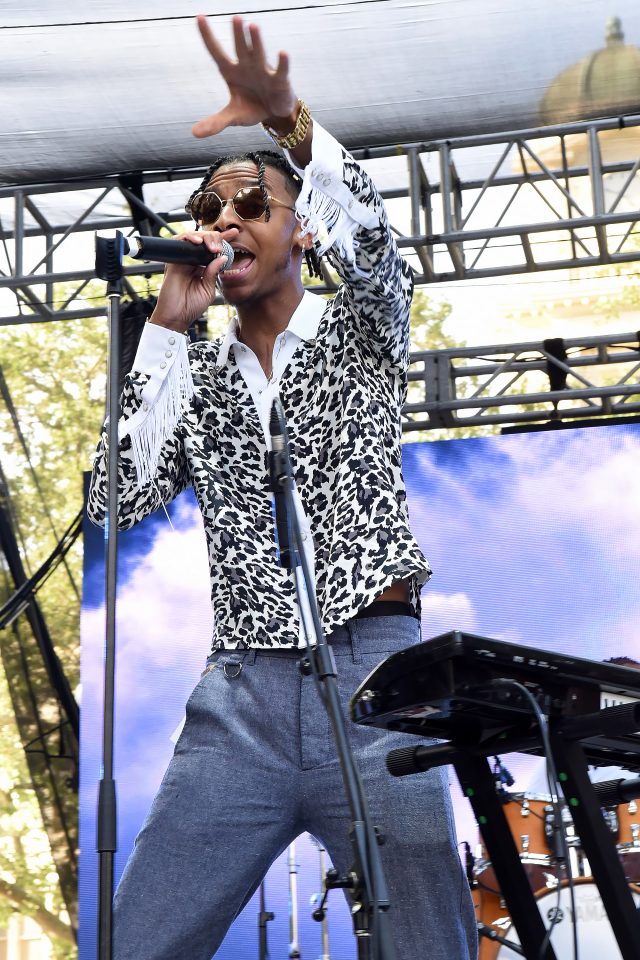 Masego, who followed directly after Tierra, has officially taken a spot in my top live performances I’ve seen this year. He had a stage presence that you usually only see coming from vets with 20 years in the game. In no easy feat, Masego managed to completely engage 6,300 people for the full 45 minutes, created an entire song—the beat, lyrics, instrumentation—live in front of the audience, all while being so smooth that surely someone went home and made a Sol Blume baby after that set.

This is where the beauty of the Sol Blume curators really kicks in. With vibes from Masego settling the entire park into a mood, the artist who played after him was going to make all the difference. If they put another waved-out act, you could lose the crowd. They would start to wander around, or could get distracted by shiny things, or be enticed by the vegan choco tacos. Masego was a pivot point that they masterfully navigated by putting with this hip-hop head’s reason for being there on the lineup: J.I.D. 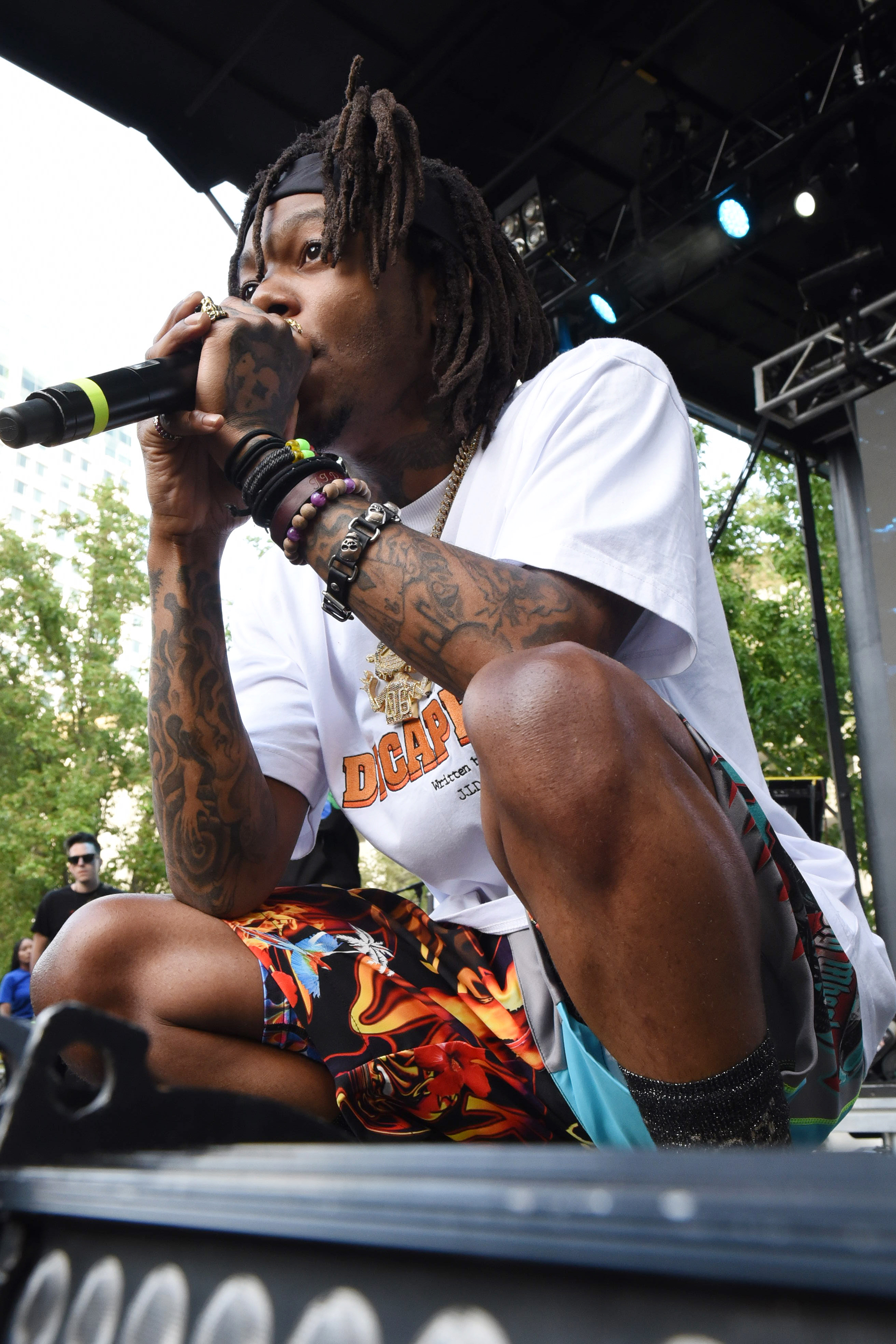 J.I.D is the future of hip-hop. He’s the perfect melding of turn up and consciousness. His quirky cadence and fast-paced energy gave the audience that second wind needed to ride out the rest of the festival.

Personal standouts aside, each artist offered energy, love, life and amazing crowd interaction. In fact, if you were meandering the festival grounds, you had a pretty good chance of running into the artists as they took time to speak with fans, take pictures and show their appreciation for the show.

In only its second iteration, Sol Blume’s potential is limitless. With little time for trial and error, Nordan, Kumeh and the entire team has managed to create a nearly flawless festival with an atmosphere of pure joy permeating the air. I would have to agree with Soosh*e—if you missed it, you missed out. 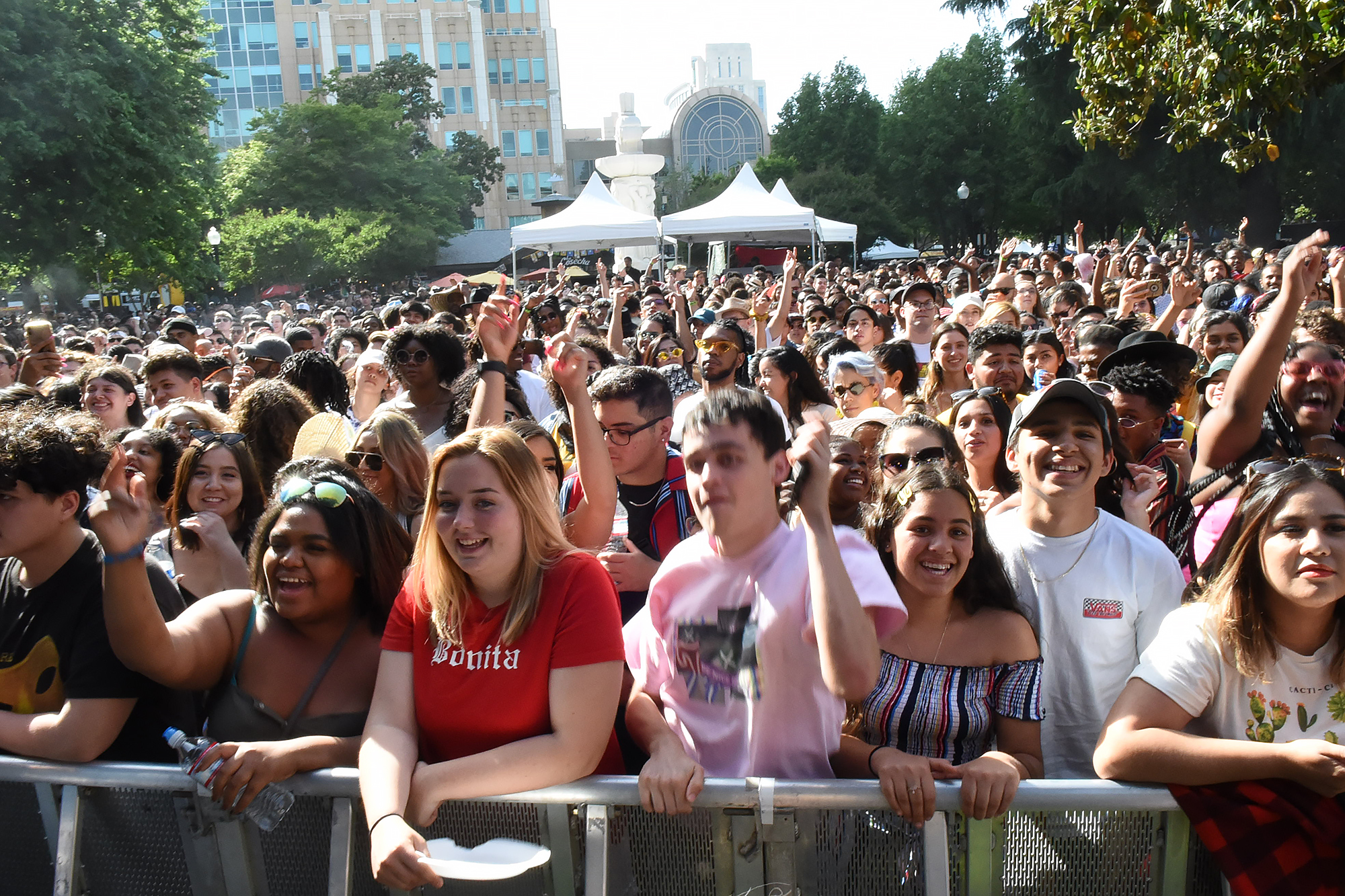