Into the Void with Sonny Smith 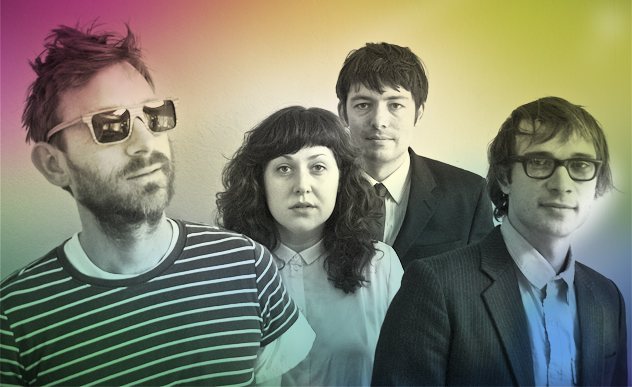 Sonny and the Sunsets to appear at Second Saturday Art Walk

Sonny Smith speeds toward Youngstown, Ohio, for a Monday night stopover with enough songs in his pocket to make The Ultimate Fake Book blush. He is accompanied by the Sunsets, his band and primary musical accomplice, now the co-authors of four LPs and a slew of goodies in between. Armed with an array of stand-up routines for the hi-fi (“Maria Bamford, Louis C.K., Patrice O’Neal, Hannibal Buress, David Cross—it’s almost better than music,” says Smith), the ramshackle pop outfit from San Francisco is enjoying business as usual: touring off the latest record. This time around that record would be Antenna to the Afterworld—11 songs of death, love and sci-fi that mark a return to the tumbledown rock ‘n’ roll poise Sonny and the Sunsets evinced on the likes of Tomorrow Is Alright and Hit After Hit. Submerge caught up with Smith for a bit of the old how’s-your-father in anticipation of their stop at Second Saturday’s THIS festival on July 13, 2013.

I read an interview you recently conducted with San Francisco psychic Jessica Lanyadoo. You spoke at length about her thoughts on death and the afterlife, which seemed fitting given much of the content on Antenna to the Afterworld.
I’ve always been interested in death, to be honest. My songs aren’t macabre or anything, but there are a lot of lyrics, in the past records too, that are about death. I’ve had a couple people die [in my life], and it wasn’t something that made me sad or depressed; it was something that made me curious.

A morbid curiosity?
I guess literally speaking it’s morbid curiosity. But not only the afterlife or the afterworld, but all those things we’ve thought about as humans but really don’t [understand]—dimensions, other universes, alien life; all that shit. And as far as my beliefs, I kind of believe in everything. Although I wouldn’t bat an eye if none of that existed either.

So is this psychic a close friend or just somebody you happened to chitchat with?
I was bought a present from my band to visit her. I had no idea she’s also a medium. So within the session she said that I had a visitor and would I like to talk to this visitor. She described this visitor, and it pretty much fit this woman I knew who had died—an older woman that I wasn’t incredibly tight with, but knew her as a fan.

The psychic said she had some things to impart…something along the lines of “don’t wallow in loneliness; live, because I didn’t.” She’d had a son that committed suicide at a young age, and she was very depressed for a couple years and then died in her sleep. If you’re a romantic, you might think she died of a broken heart. Now, I have no idea if that stuff is actually happening, and if a medium is actually contacting the dead. I don’t profess to know anything, but I left the meeting just being inspired to think about the afterlife and afterworld.

Can’t hurt for songwriting content.
It was just really impactful. It’s not like you walk home and go, “I’m gonna write a bunch of songs about this.” You’re just kind of excited and interested in something and then naturally six months later you realize it’s worked its way into what you’re working on. My fascination with the afterlife was just a natural tie-in to my fascination with sci-fi… It just all kind of fit and became this record. Even the title, I didn’t make that up. A friend of mine was laying down a guitar track and he wasn’t happy with it. He said something like, “I need another beer or two for my antennas to go into the afterworld.” And I [said], “Man that is so beautiful. Can I use that?”

One song on the new record that grabbed me lyrically is “Natural Acts,” in which you profess “I was a freak, I was a dog” in the “graveyard of my youth.” Who were you as a kid?
I don’t know who I was. I think there’s a part of me that feels like I was and always have been a bit of a misfit. I would stop short of saying outcast, but I was one of those kids that always had that feeling, you know? In high school I was one of those stoners who kind of hung on the fringe with two or three people and didn’t mix. And before that there was some sense that I wasn’t a joiner, even though I was on soccer teams and stuff. Growing up and being an artist, sometimes I’ve kind of felt within a room but alone. A lot of songs are about being a dog, or being from another planet, or being a freak.

What were you listening to back then?
Well that part of being a kid was incredible. I had these extreme phases that would last maybe eight months. If it was fourth or fifth grade me and my buddies all chose our own band. Matt Penwell had Ratt, and Shawn McGuire had Mötley Crüe, and I had Iron Maiden or something like that. We’d be so into it we’d write “Ozzy” on our fingers. And then a year later I’d be into Thompson Twins and all that new wave stuff; we had a very distinct year of Howard Jones and General Public and Frankie Goes to Hollywood. And then a year later that was over and I was on a breakdance team and had a breakdance name. We were listening to Nucleus and Daft Punk and Herbie Hancock’s “Rockit.” I was one of those kids that was moving through these identity phases all the time. I don’t do that anymore [with] my identity, but artistically it’s why I like to move through phases.

Longtime Companion, if you’re talking about phases for the Sunsets, is a good example. You were into country at the time. You did it, and now you’ve moved onto something else.
Exactly. I want to have a band where people are like, “Yeah, did you ever hear that third record they did, that country record? That’s a trip.”

Sonny and the Sunsets will perform on Saturday, July 13, 2013 at THIS, a new Second Saturday summer series block party that goes down on 20th street between J and K Streets (outside the MARRS Building). The event is free, runs from 4 to 9 p.m. and all ages are welcome. Opening on July 13 will be Kisses, Extra Classic, Brown Shoe and DJ Roger Carpio. 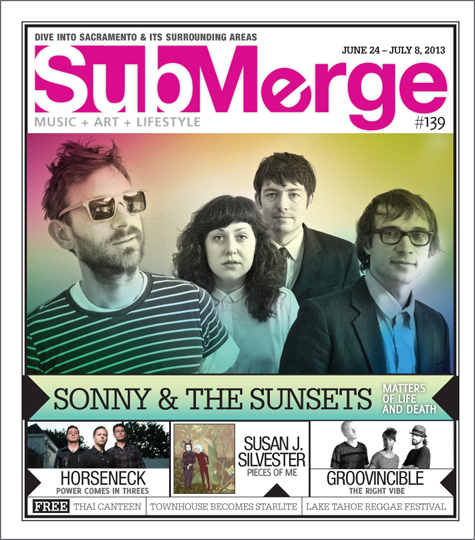