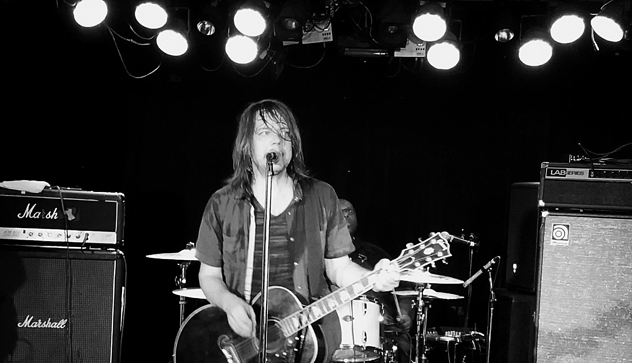 God bless Harlow’s for self-promoting the Soul Asylum/Meat Puppets show this past July 28. But, amidst the Sahara-like heat that broiled outside and the sheer lack of ‘90’s enthusiasts chilled inside, needless to say, the show did not sellout. But that didn’t stop both of the retro bands from putting on a more-than-spirited split set. And let’s be clear: this was in no way an opening act segued into an obvious headliner. Both of these bands helped change the game back from the early ‘80s, all the way up through the mid-‘90s, and beyond.

Oh my, those fleshy Meat Puppets. The brothers Curt and Cris Kirkwood have certainly still got it, for the ripe ages of 56 and 54. These dudes have inspired some of the best, including the obvious, all-mighty, Nirvana. And that legacy continues, for posterity’s sake, with the addition of Elmo Kirkwood (Curt’s son) on rhythm guitar. Also, they have been touring with 46-year-old Shandon Sahm on the drums since 2009. This guy resembled a more getting on, last-days version of Keith Moon, shirtless and 40 oz. in hand, as he took the stage. Yet, guitar-slinging Curt was sporting yoga pants … which one of them them were more comfy?

The Phoenix-born desert punks kept their set list saucy but sprinkled with country sentiment. Sadly, the crowd participated in some mild head-bobbing, at best, as they opened with the likes of “Comin’ Down” and “Oh Me” (which is their tune, not Nirvana’s), followed a more metallic version of “Crazy.”

What came thereafter was more unexpected, as they surprisingly pulled out some gemlike cover songs, including: “Seven Spanish Angels” (made popular by a Willie Nelson and Ray Charles duet), “Cathy’s Clown” (1960 classic by The Everly Brothers), followed by the Beach Boys’ “Sloop John B.” Talk about respecting your elders. Many of these tunes were interwoven with the psychedelic guitar solos, rockabilly upbeats and that country twang the Meat Puppets are known for; they definitely left fans feeling quite satiated with coveted hits, “Backwater” and “Lake of Fire” as proper closers, too.

Once Soul Asylum took the stage, though, it was clear who the remaining crowd was there for: Dave Pirner’s authentic brand of feel-good rock ‘n’ roll. The ageless frontman still knows how to command a room more than ever before at age 51. He undoubtedly proved that Soul Asylum’s birthright lives on; not only via Kevin Smith films, but with his new-fangled band continuously bringing down the house. To top it off, his out-and-out charisma and a humorous stage presence makes for a brisk glimpse into his journey as a seasoned rock star. 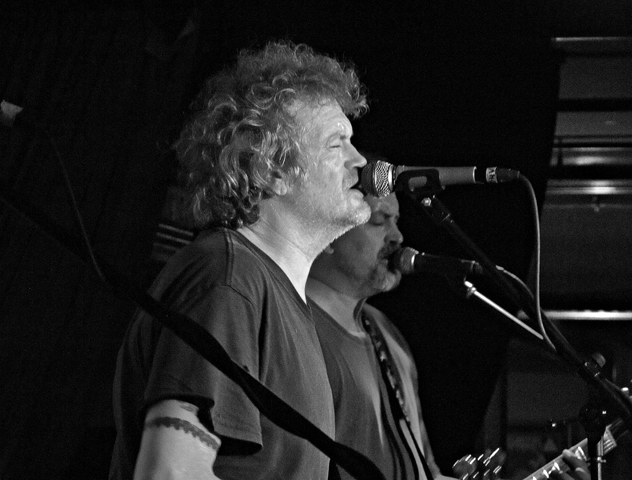 In an apropos manner, he opened with “Somebody to Shove,” from the landmark album Grave Dancers Union, which led into many more cataloged 1992 to 1995 nuggets. Yes, he most certainly played “Runaway Train,” but yet didn’t play his signature cover version of “Sexual Healing.” Highlights of the oldies but goodies were “Just Like Anyone,” wherein he broke it down and talked about his “sack” while simultaneously introducing his super-duper, bad-ass drummer, Michael Bland. This heavy hitter was Prince’s drummer for seven years, and he wasn’t fazed by Pirner’s salacious patter either.

“Without a Trace” was also a noteworthy moment, where Pirner dedicated the song to his late friend, and founding band member, Karl Mueller. The opening lyrics go, “I fell in love with a hooker/She laughed in my face.” It was easy to see that Dave misses his old buddy, as he poured himself into the punchy tune with a purposeful exuberance.

The revamped Soul Asylum encored the night with the rousing “April Fool,” giving the crowd a final dose of the good old days for which they came. It seemed that it was a veritable pleasure for Dave Pirner to exhale the band’s successes. He humbly and willingly gave his fans what they desired, ecstatic to play the classics that they know and love, while subtly mixing in the later year’s material for good measure. It would seem that he’s sort of started over again, carrying on the ‘90s torch for all of us 30-somethings out there.

Bottom line, this was a double bill to remember. Both of these venerated bands deserved more people braving the heat and exhaustion just to witness them throw down like they did decades ago. As I watched them perform back-to-back, I couldn’t help thinking: “These guys are really living the dream.” It’s probably a good thing someone’s still keeping a 20th century lookout on the modern millennium, as well.