A.C. Myles Combines Originals and Old Favorites on His Latest Album, Reconsider Me

A.C. Myles wanted to pay homage to his influences, so he did what any respectable bluesman would do: He booked some studio time and recorded an album.

Myles, a blues guitarist from California, released Reconsider Me this summer. The 11-song disc is a collection of four originals and seven covers that he says were carefully chosen as a nod to his influences and collaborators, especially those he has worked with over the past 10 years.

“I was either influenced by or played with the folks whose songs are on the album,” said Myles. “I tried to cover the spectrum.”

At its core, Reconsider Me is a blues album, but it slides in many directions from there, showcasing elements of country, rock, funk and soul.

One particular highlight is the original track, “Livin’ a Lie,” which is carried by the heaviest guitar riff on the album and bound together by a rapid-fire chorus that I found myself singing along to on just my second listen. The back end of the track features a manic slide guitar solo and one more punctuating verse and chorus before ending with a bang. That song is immediately followed by the smooth and sultry “Death Bed Blues,” which is a good embodiment of the album’s stylistic variety.

Myles is from Fresno, but when I asked him about his hometown, he just said he was from Northern California. After I pressed him for a city name, he semi-reluctantly specified Fresno. I asked him, “Why not just claim the city?”

“Fresno really didn’t do a whole lot to develop me,” he said. “Things never really got going for me until I got out. It’s sad to have to say that because it’s my hometown, but the whole reason I migrated to San Francisco was because the area was limiting to my growth.”

We caught up with Myles by phone in early November, between one of many shows he’ll play in the next two months. One of those gigs is a Dec. 6, 2014, show at the Torch Club, which he says is his favorite venue in the area.

In the conversation below, Myles talks about developing musically in San Francisco, the recording process for Reconsider Me and an old blues collaborator of his who goes by the nickname, “The Pope of Pimpin’.” 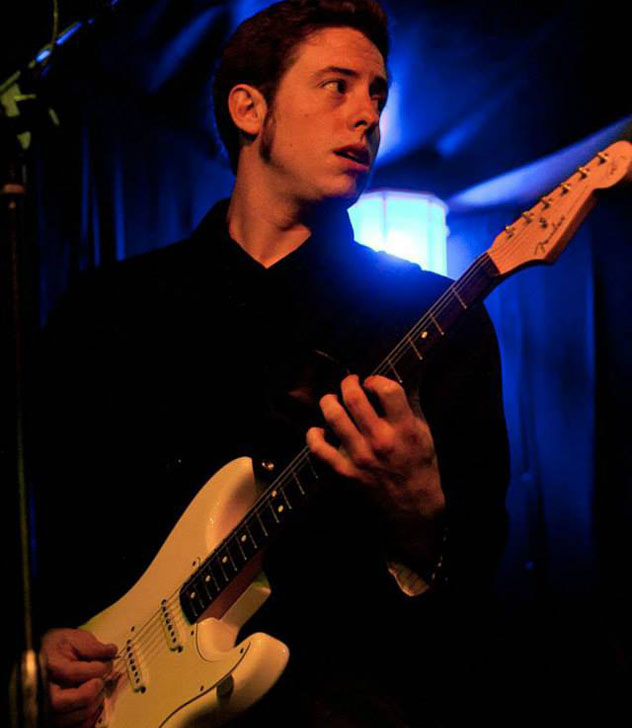 Did you grow up in a musical household?
My father played music. He was born in the ‘50s, so he was a part of the Vietnam generation. He was born in Memphis, Tennessee, and he came out to California in the early ‘60s to work on the farms out here in the [Central] Valley.

What did the move to San Francisco do for you musically?
Oh, it was great. I made the rounds to all the different music clubs and some of the jam sessions and started meeting everybody I could. And then I started getting gigs in the area. I used to play at a place on Fisherman’s Wharf called Lou’s Pier 47. That was a mainstay in that town for a long, long time. I started playing there one weekend a month and on a couple of weekdays, which helped get my name out. It kind of sprawled out from there.

Could you feel your following growing as you played those regular gigs?
Oh yeah, totally. It was great for that. And the cool thing about the Wharf location is that it was a tourist spot. Not only did you have locals taking their families out, but also you had people coming from all over the world. It was like a tour coming to you.

So the place no longer exists?
They turned it into a corporate spot. It’s like a fish shack now. At the time it was a notorious kind of dive bar. There’s no place like it.

You were the sideman for bluesman Fillmore Slim, aka the “Pope of Pimpin’.” What was that like?
Riding around in cars and hanging around in airports with that guy was never a dull moment. The reason he calls himself the Pope is there’s a guy who hangs with Snoop Dogg called Bishop Don. He said, “I’ve been in the game longer than him, so I’m the Pope.” It was that consistent type of street one-upmanship. That guy has more pizzazz and swagger than you’ve ever seen; smooth like a politician.

How did you go about choosing the songs you would cover on Reconsider Me?
The album is a retrospect. Each song is there for a reason. I like blues-rock, country blues, I like traditional. [Mixing up genres] doesn’t really help you sell any more records, though. It actually just confuses people.

When did you know you had the material that would make up the album?
It was time to make one that was properly recorded. I had a bunch of live shit I was selling for a while and it wasn’t representative of what I could really do. So I took a couple of originals I had been doing over the years and then some covers that were favorites.

You recorded the whole album in two days. That seems fast.
The sidemen were just right on the money. How much time can you really spend in there unless you’re just goofing off? If you have a set guideline of what you’re going to do, you just go in there and do the work. This kind of music is pretty straight ahead. If you’ve got endless amounts of money and you just want to goof off in the studio, that’s fine. I’m sure the studio will take your money.

Do you write the riff and music first, or do you have the lyrical idea first?
I piece together the music first most of the time. It’s rare that the lyrics come first, but it just depends. If I have a really strong vocal melody idea, then that dictates, but mostly it’s musical. Sometimes I even work out the vocal melody on my instrument anyway just to get more ideas, like a pianist would.

You’ve been compared to Jonny Lang and Kenny Wayne Shepherd. What do you think of those comparisons?
I think I understand those comparisons, but it’s subjective. I’d like to think I’m a little more well-rounded than those guys are. But you really don’t know what other stuff they’re capable of. They’re out there trying to make a buck and sell a product, too. But I do understand the comparisons; we’re about the same age, plus the genre is similar.

Do you have a guitar hero?
No, not really. It’s a culmination of some of the folks who are on the record. Mostly American rock ‘n’ roll and blues are my big influences. As for one particular name, that’s tough. But I still want to be B.B. King when I grow up.

What kinds of music do you listen to?
As you get older and grow up, you can’t help but be influenced by what’s around you. As you mature, your sense of music matures, too. I didn’t dig jazz when I was younger, but I dig it now. At the same time, AC/DC isn’t the same thing to me now as it was when I was 20. Not to say it doesn’t rock, but you know what I mean.

How do you like playing Torch Club?
Oh it’s a fun time. It’s the only place in the area that I frequently return to. I stay pretty loyal to them down there. There’s always someone who drinks too much at that place. It’s a good little dive bar that’s always got music, whether it’s a happy hour or some of the best touring bands that come through.

Steven Roth will join A.C. Myles when he plays The Torch Club in Sacramento on Dec. 6, 2014. Tickets for this 9 p.m. show are just $8. Go to Torchclub.net for more info.