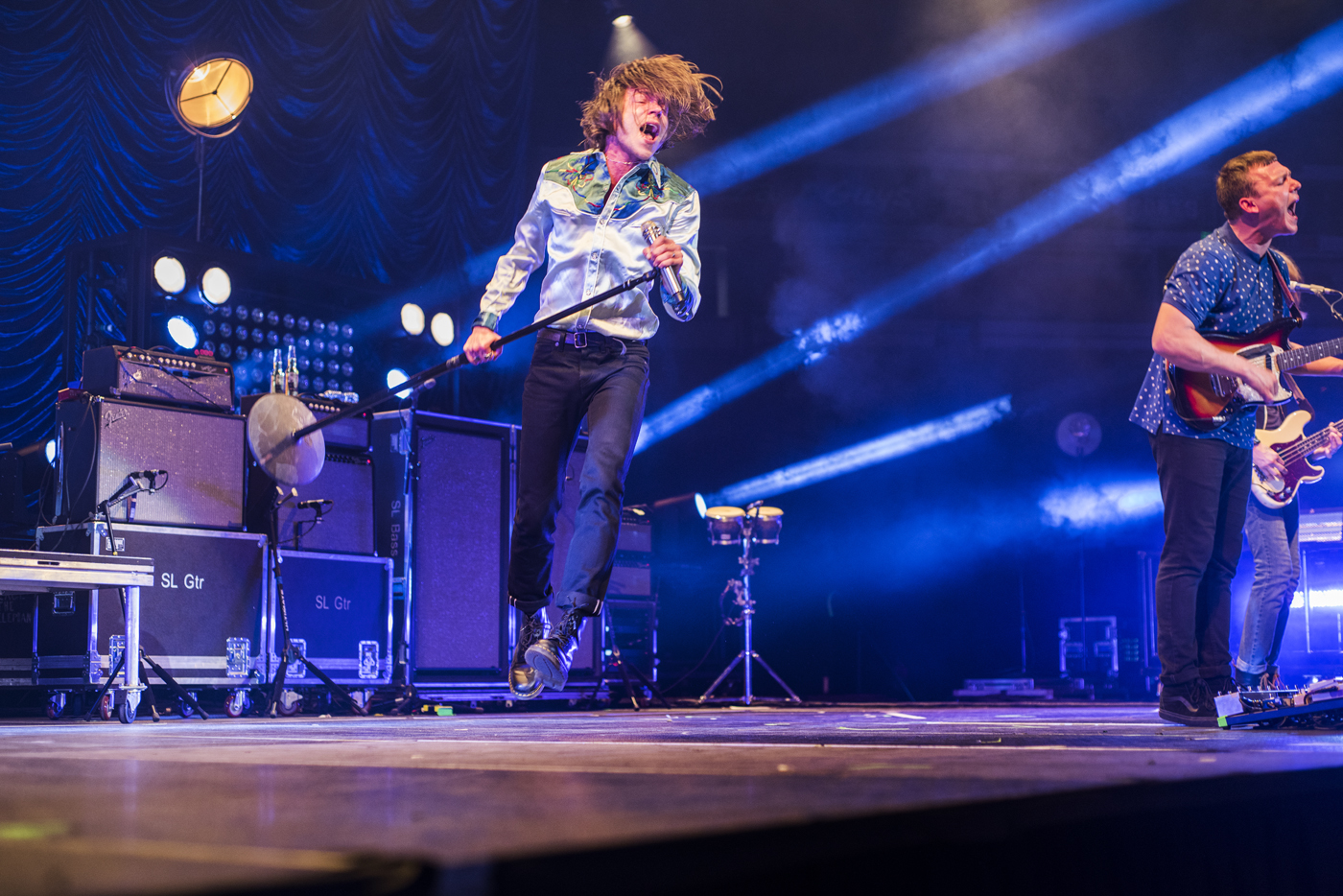 As spring break vibes come to a bittersweet end for some—or are just about to start flowing for others—Sacramento was fortunate enough to experience this wistfully transient period’s sweet spot in what will now forever be remembered as the second stop of Spring Fling Rock AF 2016 Tour.

Four of the music industry’s hottest alternative bands graced Sleep Train Arena this weekend in an almost five-hour extravaganza of rock ‘n’ roll tunes. While many ticketholders may have showed up to witness Saturday’s marquee headlining act, Cage the Elephant, there were certainly shining moments to be found in the three preceding groups’ sets as well—namely, Brooklyn-based Bear Hands, the United Kingdom’s Foals and the California-grown Silversun Pickups. 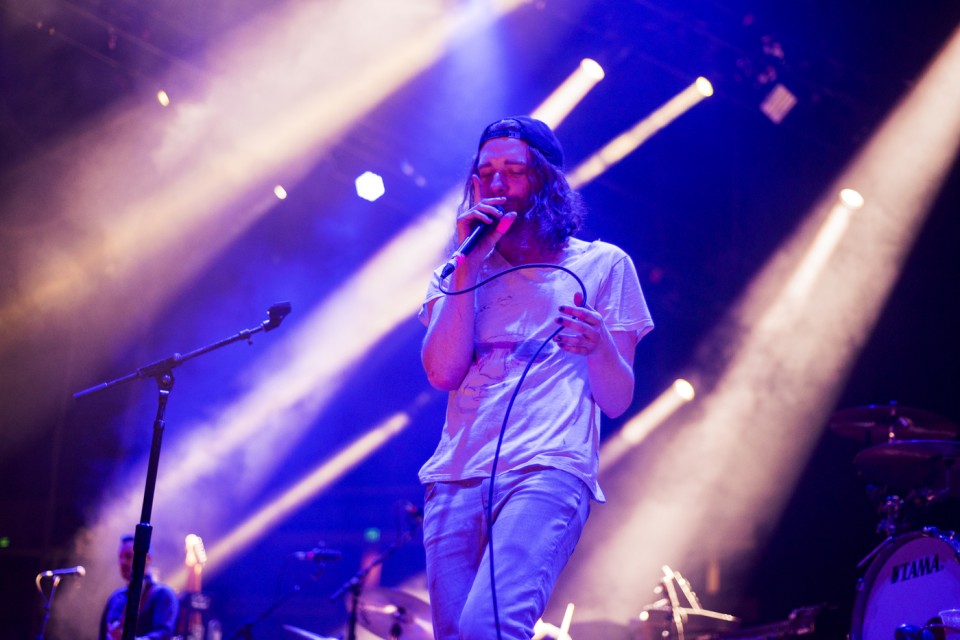 Bear Hands kicked things off, promptly taking the stage at 7 p.m. to a somewhat underwhelming arena presence (it was early-going, with folks still trickling in). That didn’t stop the four-piece East Coast outfit from setting the mood for the rest of the night, though. As the house lights came down, the opening rapid-fire guitar strumming of 2014’s “Peacekeeper” snapped the low murmuring of the crowd into a spirited cheer—the Spring Fling was officially underway.

“You got a long night ahead of you,” said guitarist Ted Feldman about midway through Bear Hands’ seven-song set. How right he was. 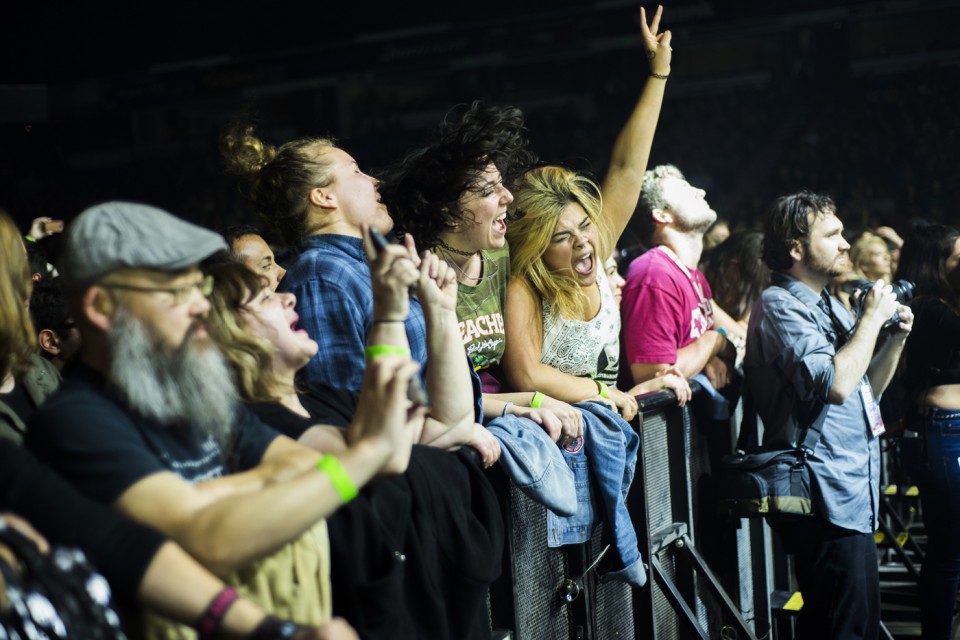 Shortly after Bear Hands exited to a warm applause, Foals stormed the stage and immediately—like, no intro or anything—dove into its set with a thunderous opening track: “Snake Oil,” off of their 2015 album What Went Down. The song proved to be a perfect pivot back into the punk-rock grime this show needed to balance out the more indie feel of the previous act. While lead singer/guitarist Yannis Philippakis screamed into the mic, the crowd roared with excitement and Sleep Train Arena finally began to light up. 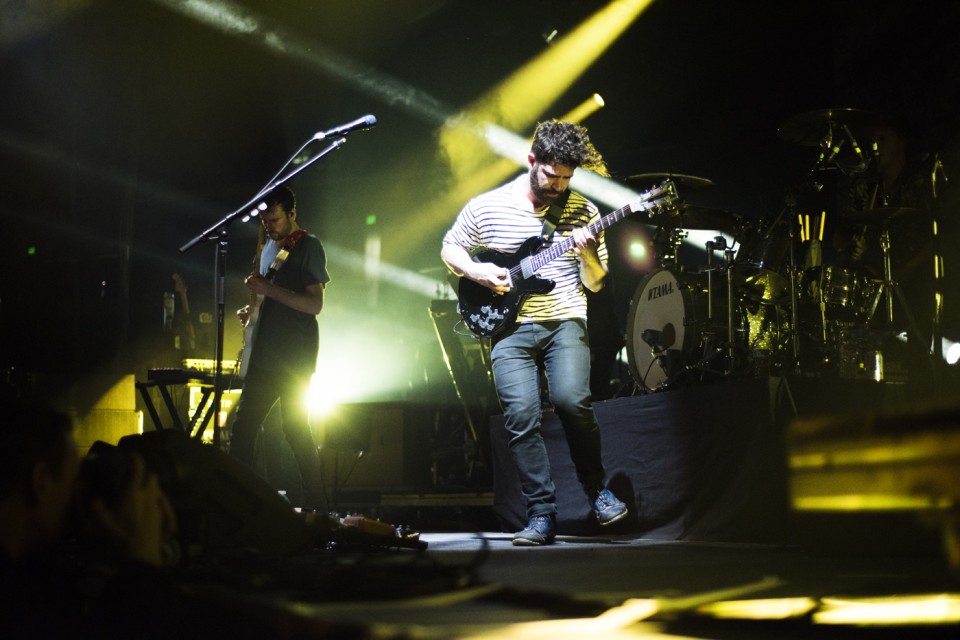 Unfortunately, Foals only carried a nine-song set list, but ended up with one of the most notable performances of the night. The ever-charismatic Philippakis showed a true sign of bravado during his band’s final number, when toward the end of the song he decided to move off stage. Lowering himself into the pit area and then hoisting himself back up onto the front row barricade, Philippakis came face-to-face with a sea of Sacramentans, singing to and with them all. And then, of course, he tried to crowd surf, which didn’t turn out all that well when a bunch of weaklings damn near dropped him. Come on Sac, the guy’s like 5-foot-6. We can do better. 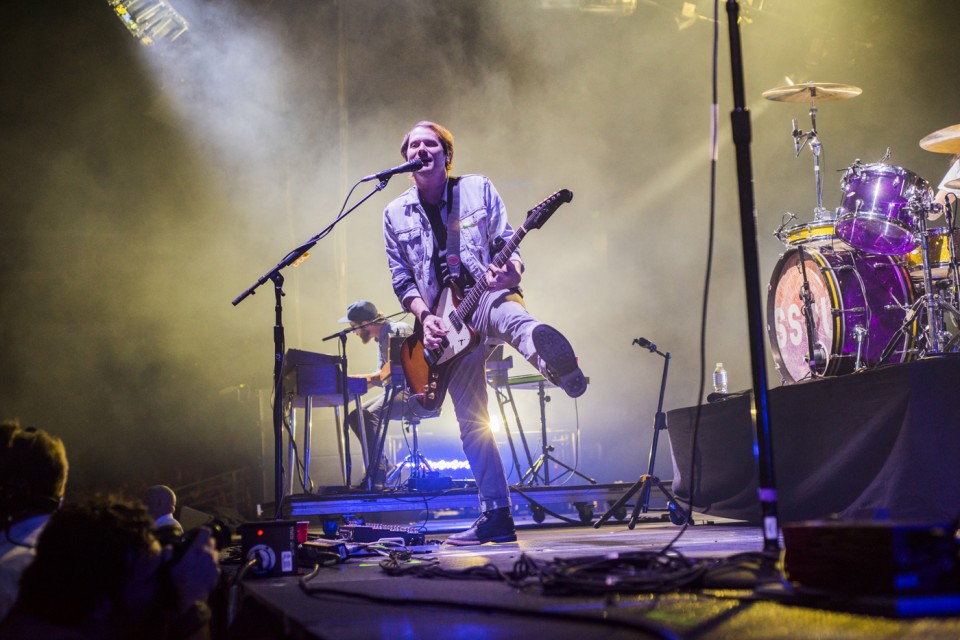 And with that, Foals bowed out to make way for Silversun Pickups, who appeared highly anticipated and VERY well-received before they began to play even a single note (the high-pitched screams said it all). Their set—spanning 11 songs and pulling from albums as old as 2006’s Carnavas to as recent as 2015’s Better Nature—adhered to a much slower pace throughout and seemed to have a little bit of a slow-build/slow-burn element to them. Whereas Foals’ were upbeat and succinct both sonically and lyrically, Silversun Pickups’ music was much more layered and spread out (at least that’s how it felt). Nevertheless, they too had their highlights: be it lead singer Brian Aubert’s consistent showmanship in his onstage gesturing and engaging theatrics; or a duet sung between himself and fellow bandmate Nikki Monninger; or just the sheer number of entire-band solos that conjured wave after wave of applause and praise. Silversun Pickups finished up with a fan-favorite in “Lazy Eye,” gracefully leaving the stage soon after to what was without a doubt the biggest crowd reaction of the show until that point.

As if the energy in the room hadn’t been high enough already, Saturday’s headlining band took it to new, palpable levels.

It wasn’t long before five musicians filed in in almost single-file fashion—each man taking his post at his respective instrument—and the opening sounds of “Cry Baby” began to play. And when lead vocalist Matthew Shultz came running onstage last, wearing what looked like a silk white and blue cowboy shirt and tight black jeans, everyone knew Cage the Elephant had finally arrived. For brevity’s sake, I’ll keep this part of the review short and just say it was quite a spectacle watching Shultz and his troupe maintain an abnormally high level of enthusiasm throughout their 16-song set without once dropping the baton. Even more impressive was Shultz’s ability to use his voice and body as instruments in their own right, channeling Mick Jagger-like moves and star power into every single song.

From the cell-phone-light crowd swaying on “Telescope” and the straight up sing-along on “Ain’t No Rest for the Wicked,” to the almost-attempted crowd surf on “Mess Around,” Cage the Elephant grew progressively unhinged. When it was all said and done, this so-called caged elephant had definitely been released, and the circus that had engulfed Sleep Train Arena was in full swing.

A three-month commitment to spring might still be coming, but it was nice to have a quick taste beforehand to sample the relationship.